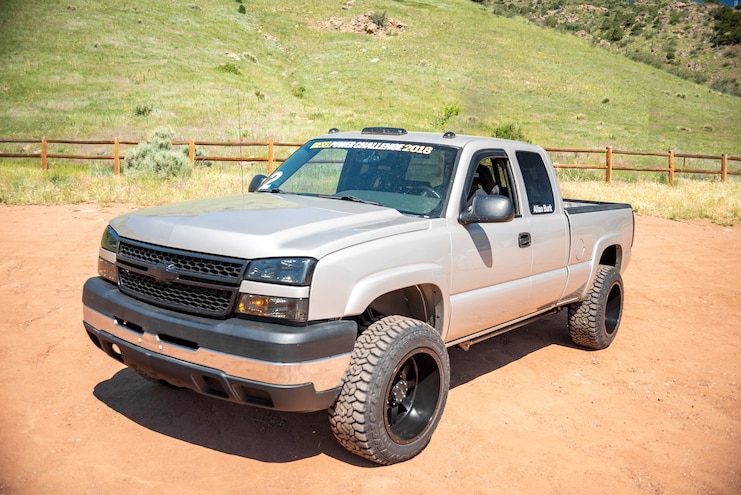 As avid Diesel Power readers, there’s no disputing the fact that you clearly appreciate the wild power and torque these engines are able to produce. And if you’re a competitor in Diesel Power Challenge 2018 Presented by XDP, that love enters a whole new level.
That’s how it is for 26-year-old Allan Burk, a welder at a fabrication shop near his Geneva, Ohio, home. Allan, who has been a Duramax enthusiast since before he bought this ’07 Silverado 2500HD in 2011, was actually accepted as an alternate for Diesel Power Challenge 2017, but he decided the machine wasn’t ready for competition. However, when it was announced he was accepted as a full-fledged competitor this year, he was ecstatic.
“I was standing in the camper at Ultimate Callout Challenge pacing and waiting for KJ to announce the winners,” Allan says. “He called my name and said I was first, with 550-plus votes. I couldn't believe I made it into the event—and with that much support!”

View Photo Gallery | 20 Photos
Photo 2/20   |   Hunkered down over its 33-inch tires, Allan Burk’s ’07 Chevrolet Silverado 2500HD is the product of seven years of tinkering and improvement. 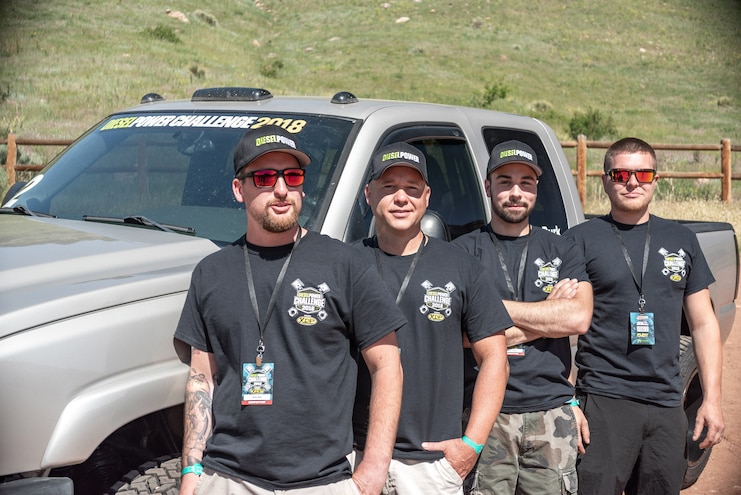 View Photo Gallery | 20 Photos
Photo 3/20   |   Allan and teammates are ready to bring the fight to all competitors at Diesel Power Challenge 2018 Presented by XDP.
Allan searched for the perfect Silverado for about three months before he bought this particular truck at age 19. He kept it stock for about a year, then added EFILive ECM tuning and not much else. But as anyone with the diesel performance bug knows, once you add a little power, it’s hard to stop. Next came a full transmission build and fortification of the driveline to support increased power. Then came a few different turbocharger setups, bigger injector nozzles, and dual injection pumps. “I would use the truck as a daily driver and grocery-getter but also to drag race, sled pull, or just have a trailer behind it towing stuff,” Allan says.
Finally, in 2016, Allan decided to go all in on a race setup. The engine was rebuilt with tougher internals; the transmission and axles got billet parts; and the steering was rebuilt with heavier-duty tie rods, pitman arm, and idler arm to cure the pigeon-toe effect on hard launches.
With a nicely built truck and longtime goal of entering DPC, Allan has high hopes for the event. His team and diesel-industry friends (including FTK Diesel) have helped him get his Chevy prepped and ready to go, “so here I am now waiting to test my truck’s limits in Denver,” Allan says. 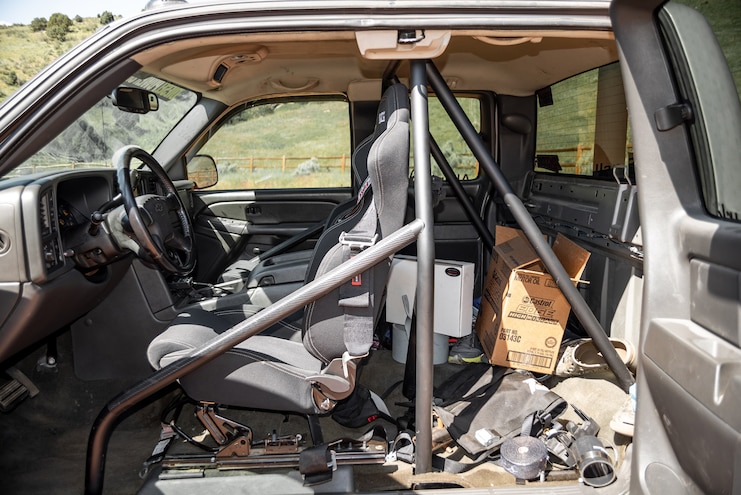 View Photo Gallery | 20 Photos
Photo 4/20   |   A stout rollcage, racing harnesses, and a supportive seat leave no doubt as to this truck’s sporting intentions—and they keep the driver safe in competition. 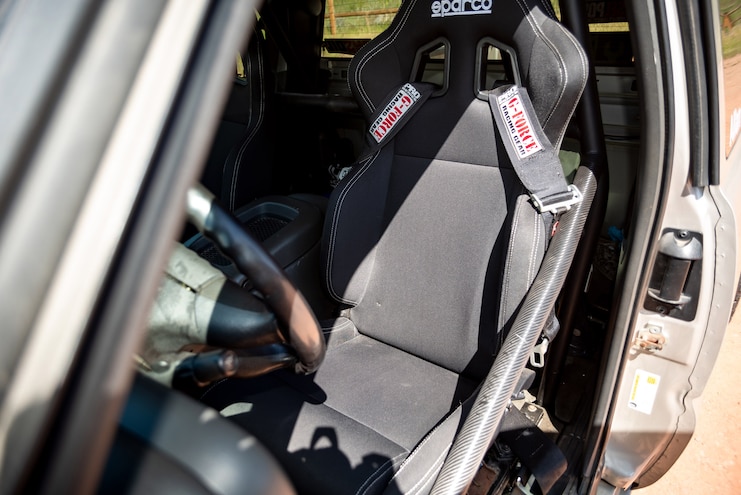 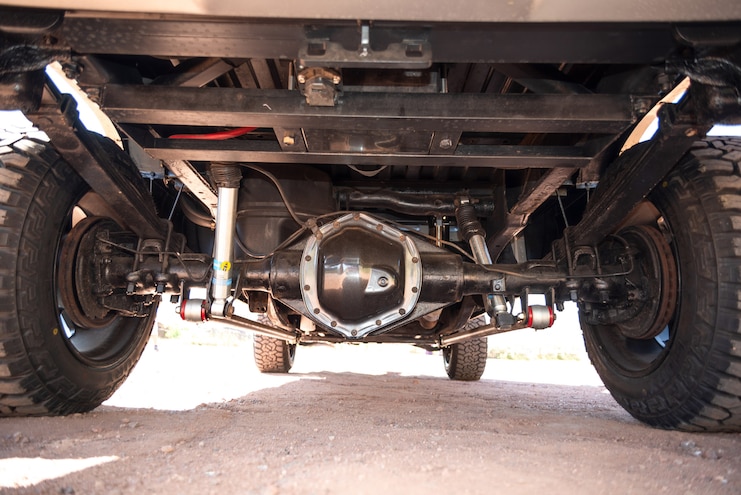 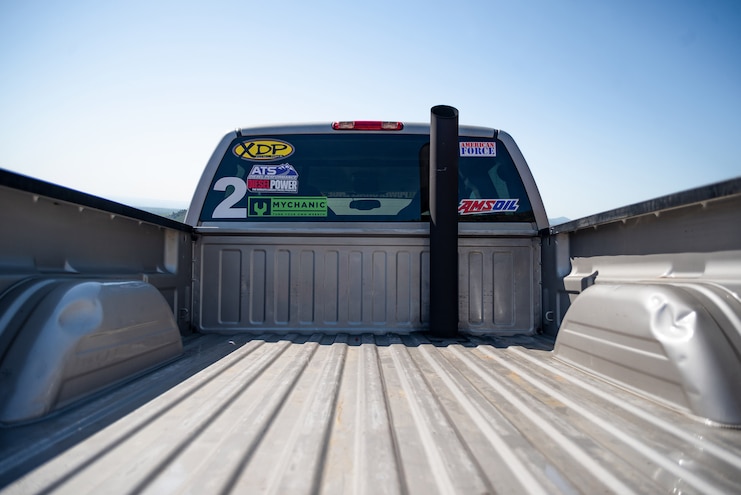 View Photo Gallery | 20 Photos
Photo 7/20   |   A slick 4-inch exhaust exits through the bed. Otherwise, the truck looks like it could get down to business at a moment’s notice. 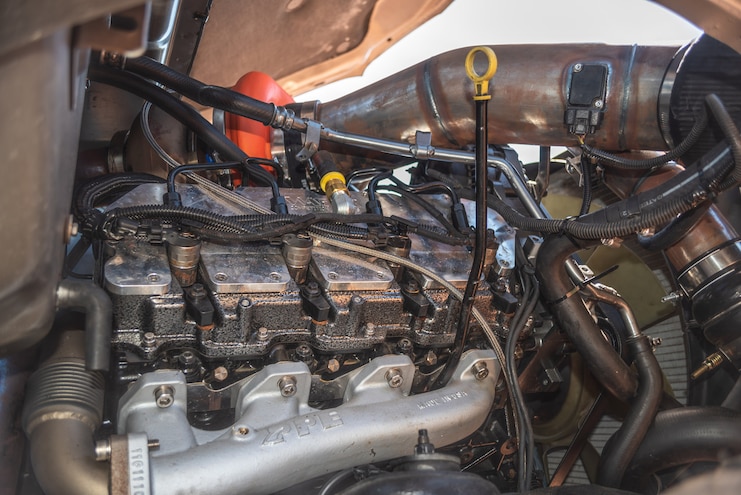 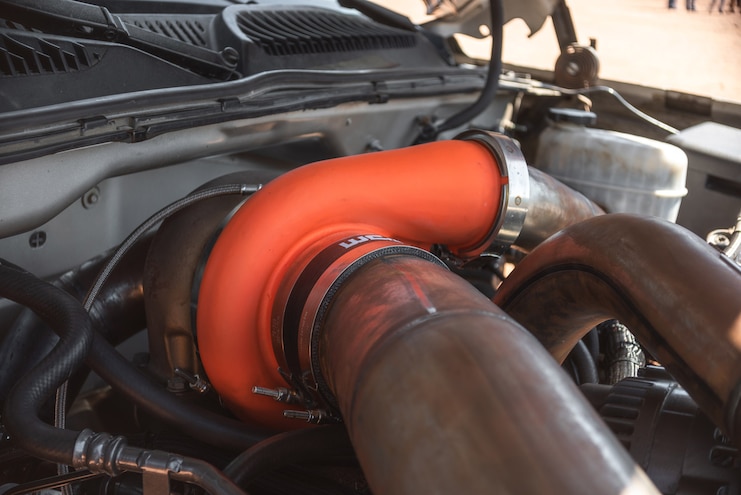 View Photo Gallery | 20 Photos
Photo 9/20   |   The brick-red turbocharger spices up the underhood view quite a bit.