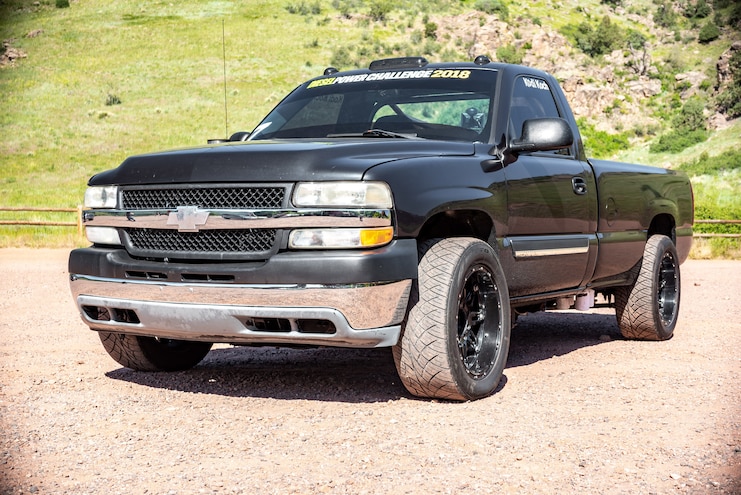 Kodi Koch (say “cook”), an electric motor technician for his family business Koch’s Electric, isn’t the only competitor at Diesel Power Challenge 2018 Presented by XDP who has been hard at work getting his truck ready for Denver. Like many of the others, his nomination was hard-fought, earned only after painstakingly building his ’01 Chevrolet Silverado 2500HD over several years.
Purchased in 2015, the truck was Kodi’s first foray into the world of diesel performance. It was originally set up to sled pull with a 740hp 6.6L Duramax V-8 engine, but he snapped two rods and trashed the powerplant a few months after purchasing it. For the rebuild, Kodi focused on durability, then swapped out the stock turbocharger in favor of a BorgWarner S483 turbo over an S464, allowing the truck to crest 900 hp for the first time. 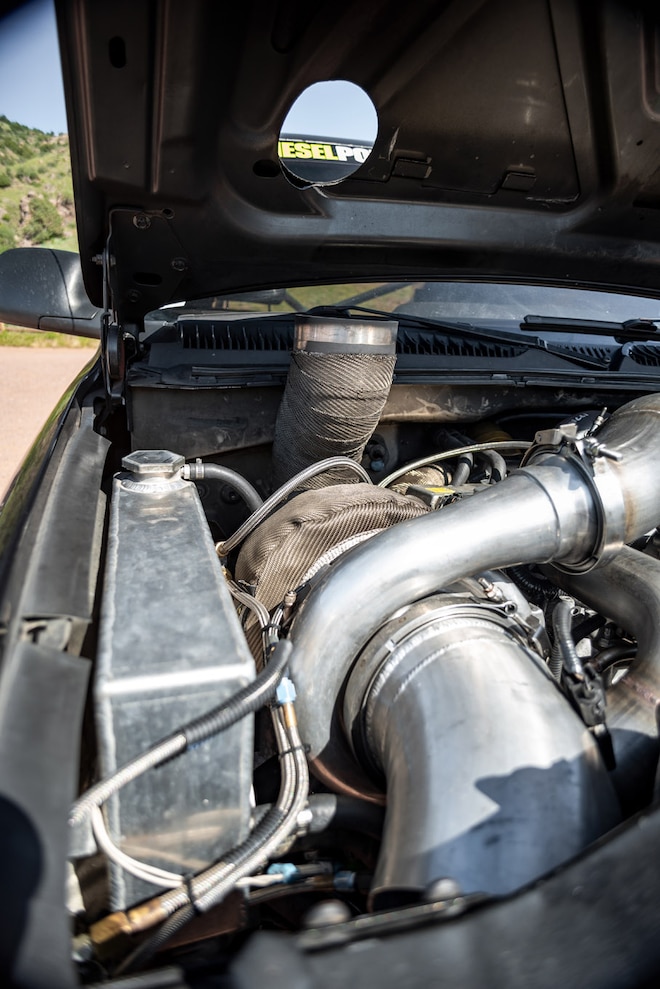 View Photo Gallery | 15 Photos
Photo 2/15   |   A hood-exit exhaust minimizes backpressure, while a new turbo setup provides the other end of the air equation. 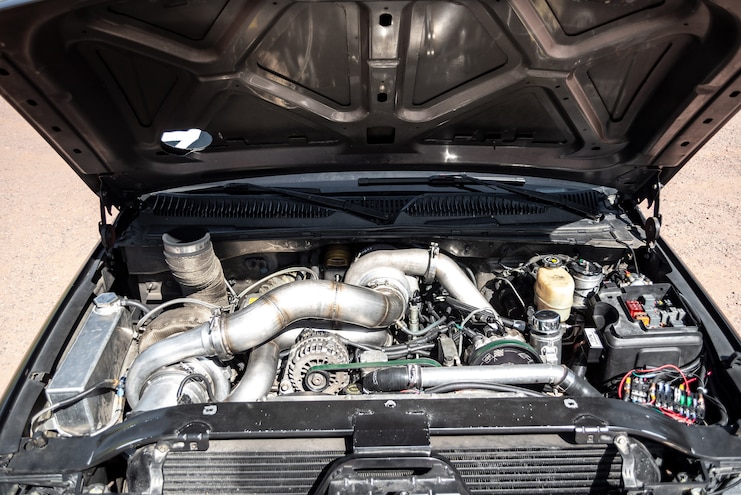 View Photo Gallery | 15 Photos
Photo 3/15   |   There’s a lot of hard work and engineering under the hood, and Kodi’s confident his truck will do very well on the dragstrip and in the dyno cell.
A first-time entrant into Diesel Power Challenge, Kodi has worked with DPC alums in the past, using Dmitri Millard’s EFILive ECM tuning and Allison automatic transmissions. Since receiving the call that let him know he would be participating in DPC 2018, Kodi hurried his truck through final prep, installing a new turbo setup (the old one produced 900 hp and 1,600 lb-ft), bigger injectors to take advantage of the boost, and a revised suspension setup with coilovers and airbags for greater control. Kodi says these changes should help him perform better at DPC.
“It has been a long road leading up to the call, with lots of man-hours and lots of money,” Kodi says. “But it is well worth all the time, and being selected to compete is amazing. I have been following DPC for a long time, and this has been a lifelong dream of mine.”

View Photo Gallery | 15 Photos
Photo 4/15   |   Low and lean, Kodi’s ’01 Chevrolet Silverado isn’t the only single cab in our group. That lightweight configuration will pay dividends on the strip, but it might prove troublesome during trailer towing.
In addition to the prep work he and the rest of the team did to the machine, Kodi has been honing his driving skills since he purchased the truck. He has experience hustling down the track at Lucas Oil Raceway in Brownsburg, Indiana, and Edgewater Sports Park in Cleves, Ohio. “I think I have an edge since I have been drag racing the truck for several years,” Kodi says.
Whether or not his skills behind the wheel—combined with his truck’s promising but unproven compound turbos—are enough to hold off the other competitors will be determined when Diesel Power Challenge 2018 Presented by XDP arrives in Denver. 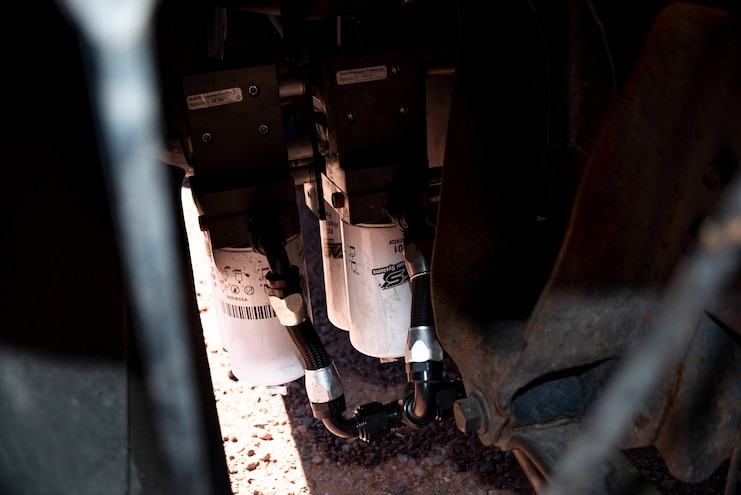 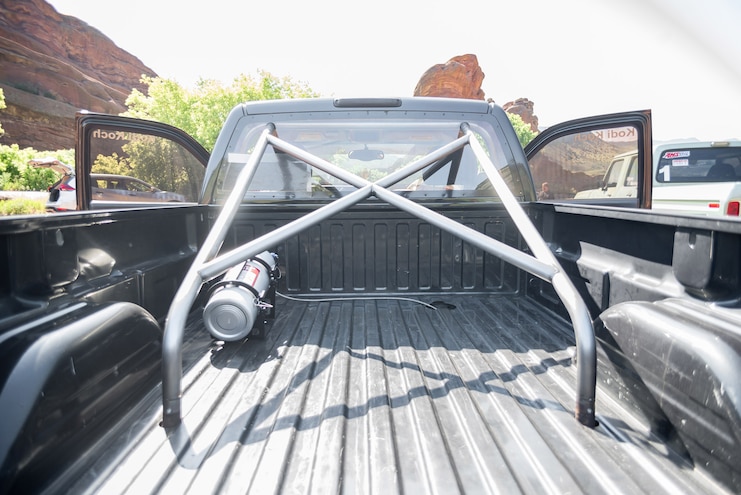 View Photo Gallery | 15 Photos
Photo 6/15   |   A sturdy rollcage and heavy hit of nitrous should help when Kodi is hustling the truck down the racetrack. 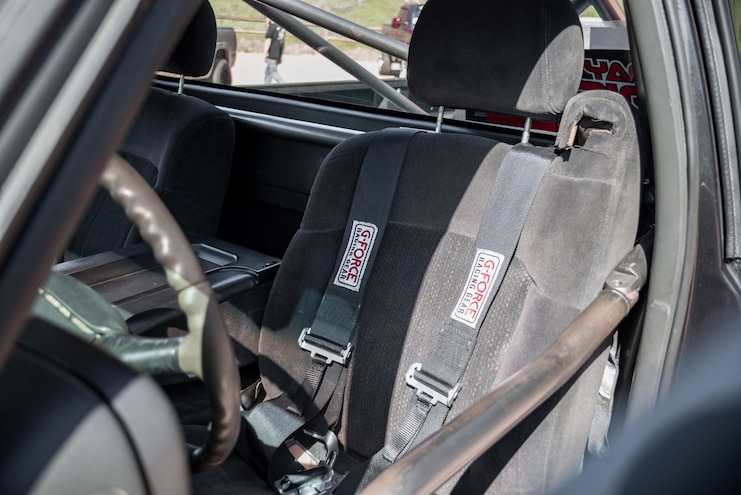 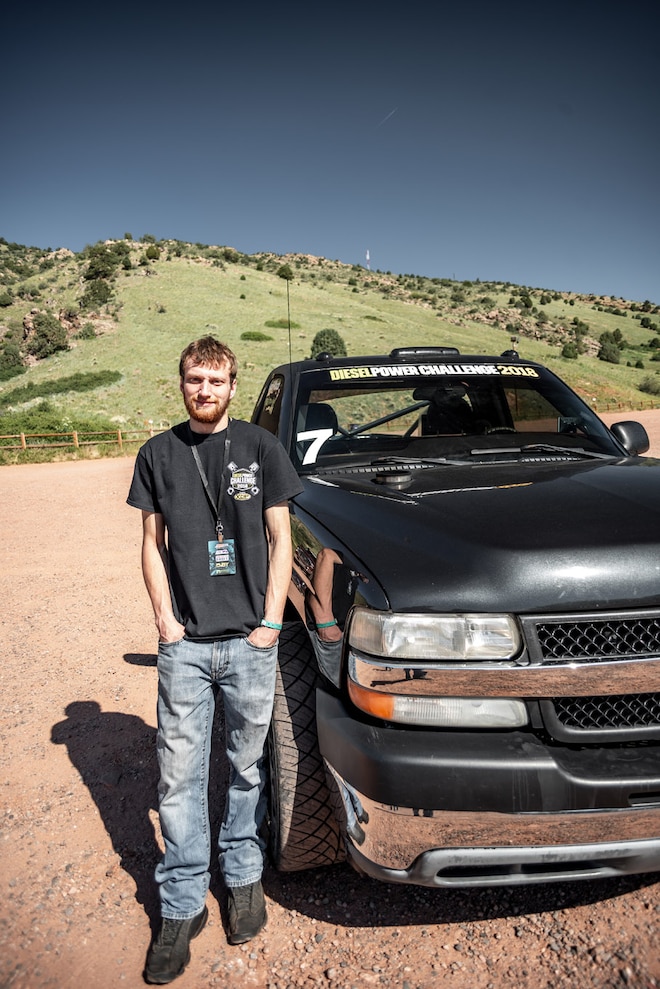