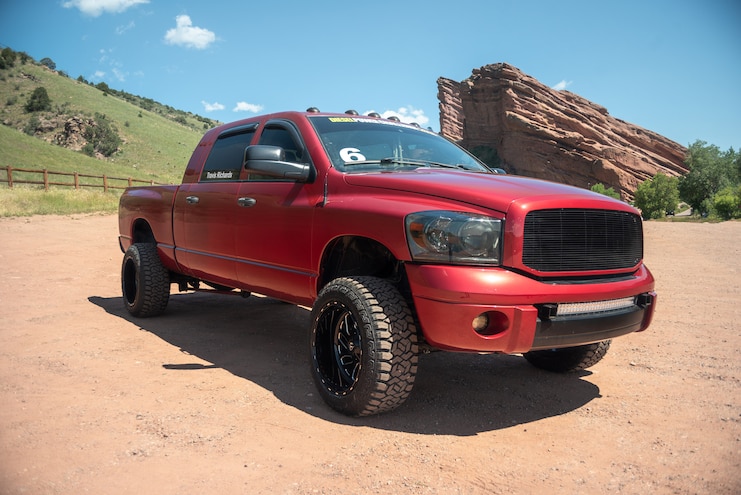 Travis Richards is a 31-year-old oilfield mechanic from Clearfield, Pennsylvania, and he is interested in anything with an engine. In 2013, he took the plunge into the world of diesel ownership with the purchase of an ’07 Dodge Ram 2500 Mega Cab, the same truck he is campaigning in Diesel Power Challenge 2018 Presented by XDP.
“The truck’s name is ‘Murph,’ short for Murphy’s Law, because the first couple of years I owned it, I melted down and window’d a few motors, cooked a transmission, and went through a handful of turbochargers until we finally got it dialed in with an engine built by Wopworx,” Travis explains.
The big Dodge Ram is driven to every event in the Smoke & Speed sled pull series, where Travis won the 2.5 and Unlimited Street points championships. Sled pull experience has Travis feeling really confident about his chances in that segment at DPC. When not pulling or wrenching, he likes to use the truck to go hunting and fishing.

View Photo Gallery | 15 Photos
Photo 2/15   |   Travis Richards’ super-clean ’07 Dodge Ram 2500 Mega Cab is the only stick-shift truck competing in Diesel Power Challenge 2018 Presented by XDP.
“I’ve watched Diesel Power Challenge for as long as I can remember, and this was the first time I entered,” Travis says. “Being voted in was a surreal moment. Getting the call from KJ Jones was a lifetime achievement for me.”
On the same day he received that call from KJ, Justin Zeigler of Zeigler Diesel Performance (a close friend for many years) called Travis and demanded he get his truck over to the shop immediately so they could go over it and make any necessary changes to get it dialed in for DPC.
Travis reports he didn’t make any major changes to his truck before the event. He just added a larger single turbocharger and nitrous-oxide to the same engine that has been under the Dodge Ram’s hood for three years. He is very confident in his truck and crew for DPC. Even though having the only manual-transmission rig in the Challenge makes him a bit of an underdog, Travis understands consistency wins competitions. His trip to DPC wouldn’t be possible without the help of sponsors that stepped up to make it happen (Mild 2 Wild Diesel Performance, Zeigler Diesel Performance, BD Diesel Performance, Hahns Diesel Performance, Valair Clutches, Glowshift Gauges, Impact Ink, Wopworx, and Diesel Doctor). 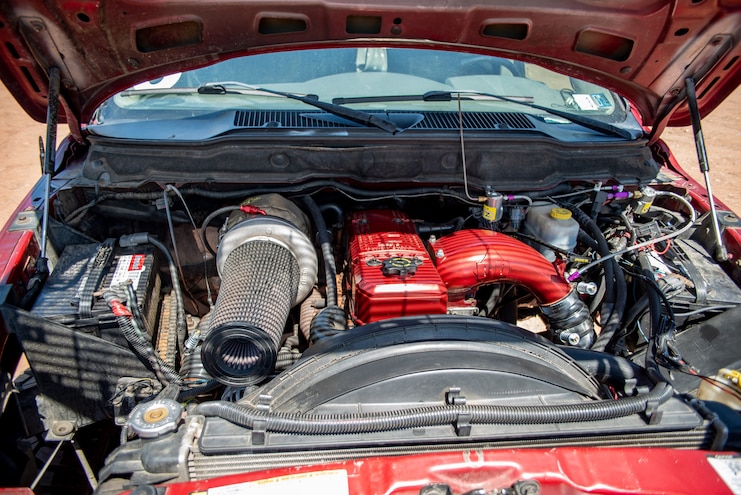 View Photo Gallery | 15 Photos
Photo 3/15   |   In a lineup that’s dominated by compound-turbocharged competitors, Travis claims the clean 5.9L Cummins engine under the hood of this rig makes 1,000 hp with only a single BorgWarner S480 turbocharger-providing boost. Boost temperature is kept under control with a BD Diesel Performance air-to-air intercooler. 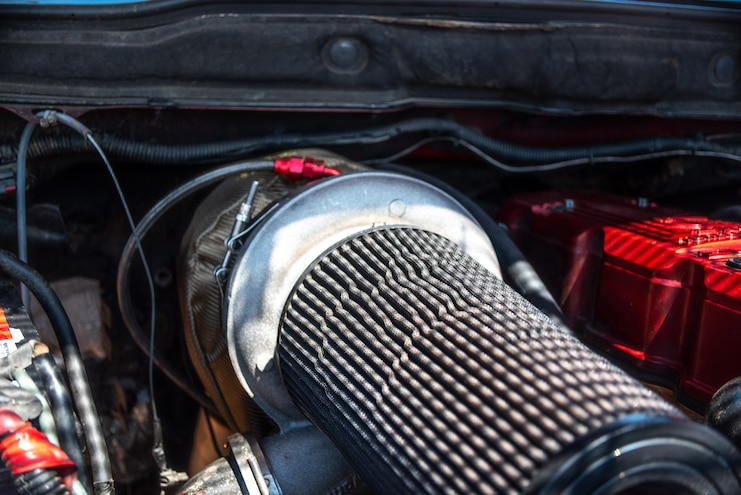 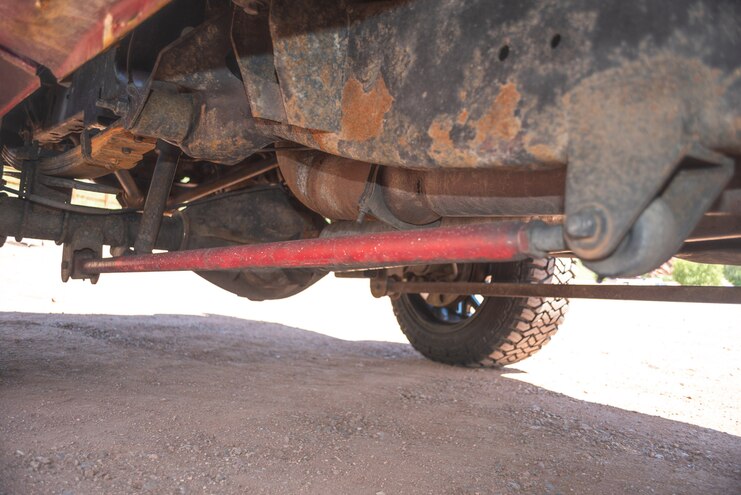 View Photo Gallery | 15 Photos
Photo 5/15   |   A set of Extreme Articulation traction bars on the rear axle ensures the power gets to the ground. Yukon Gear & Axle axleshafts guarantee all that torque the engine produces also reaches its destination. 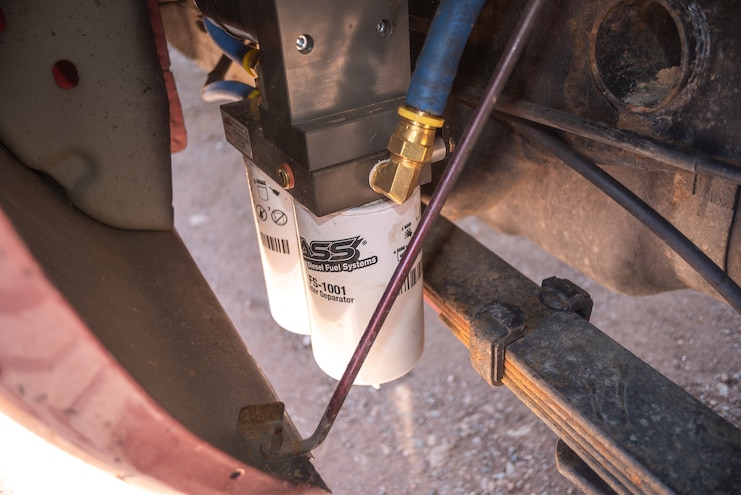 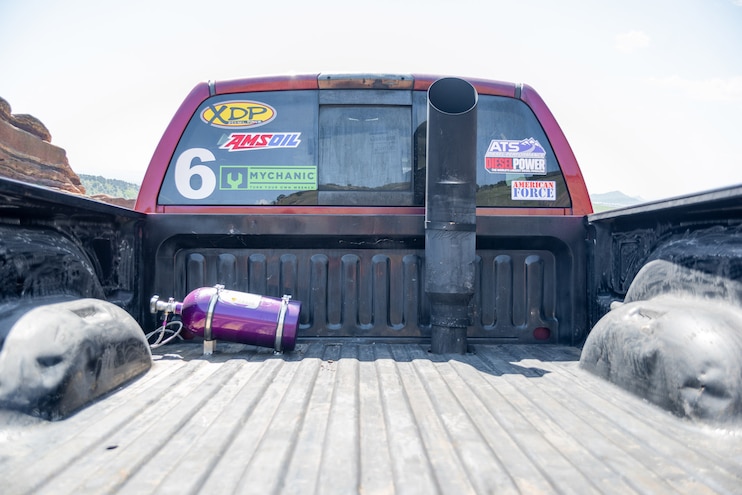 View Photo Gallery | 15 Photos
Photo 7/15   |   Next to the 8-inch exhaust stack routed through the bed is a bottle for the ZEX nitrous-oxide system Travis uses to get that extra bump in power. The solenoid is mounted under the hood on the driver side for easy access. 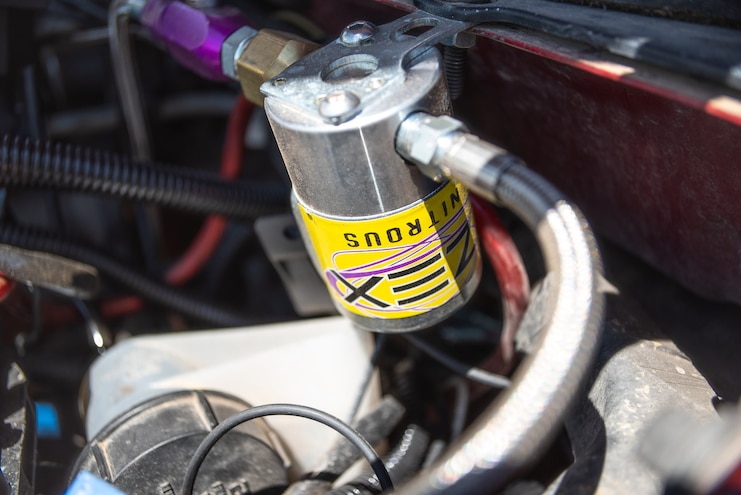