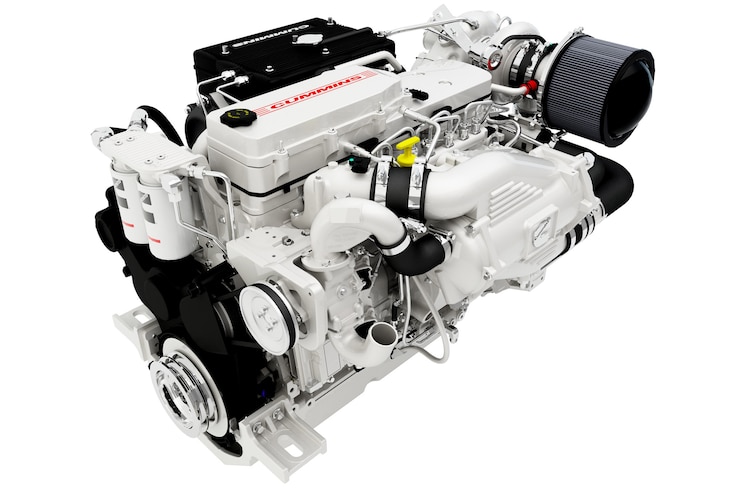 Since the company’s inception in 1919, Cummins has been involved in building engines for maritime purposes. The power, economy, and longevity of diesel engines make them ideally suited for powering seagoing vessels.
Today, Cummins offers a broad selection of marine engines that range in size from 104hp 5.9L engines to 4,200hp engines displacing a massive 95 liters. The extensive lineup of oil-burners serves in a multitude of vessels, providing things like propulsion and diesel-electric power generation in everything from sport fishers to freighters.
One such unit is the marine-specific QSB6.7, which can be used as a propulsion unit or as an auxiliary powerplant in recreational and commercial vessels. The engine was developed alongside its automotive brothers: the B Series 6.7L and the off-highway QSB6.7. The variations use the same basic architecture, sharing many internal components, along with the block and cylinder head. A key difference of QSB marine is the maximum output of 550 hp and 1,250 lb-ft of torque it produces, which is a bit higher than its on-road sibling’s 385 hp and 930 lb-ft of torque. 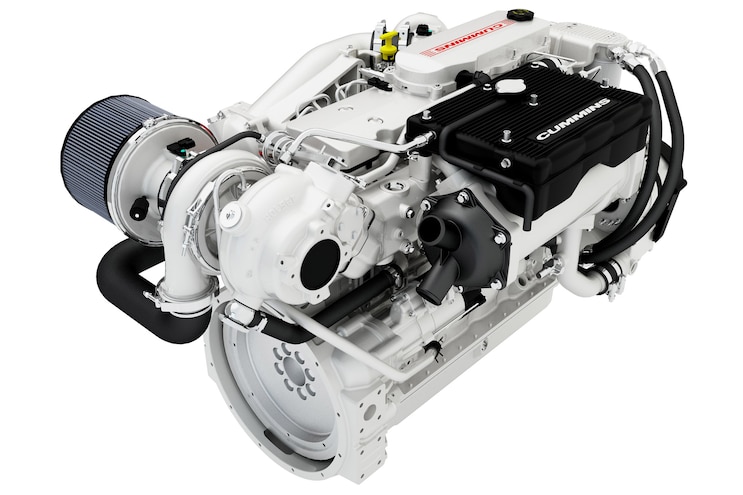 View Photo Gallery | 5 Photos
Photo 2/5   |   A Cummins Turbo Technologies water-cooled wastegate turbocharger is mounted on the rear of the QSB6.7 marine engine for ease of access. Walker Performance Filtration’s air filter is used to reduce noise.
One of the key factors allowing Cummins to get that amount of power from the marine QSB is the seawater cooling system’s ability to keep temperatures regulated. Seawater is used in a single-loop, low-temperature aftercooler that regulates coolant in the water jackets. The heat exchanger has a tube-and-shell design that provides durability and ease of maintenance. The cool ocean water is also used to lower the temperature of the air going through the charged-air cooler and cast-iron exhaust manifold. Safety and performance are improved by lowering the manifold’s surface temperature.
A Cummins Turbo Technologies rear-mounted, water-cooled, marine-optimized turbocharger is matched to the 24-valve cylinder head to provide optimum power density. An electronic Bosch high-pressure common-rail (HPCR) injection system feeds fuel directly into the cylinders from a centralized injector. Teflon-coated aluminum pistons with contoured oil galleys help improve cooling, reduce wear, and extend engine life. 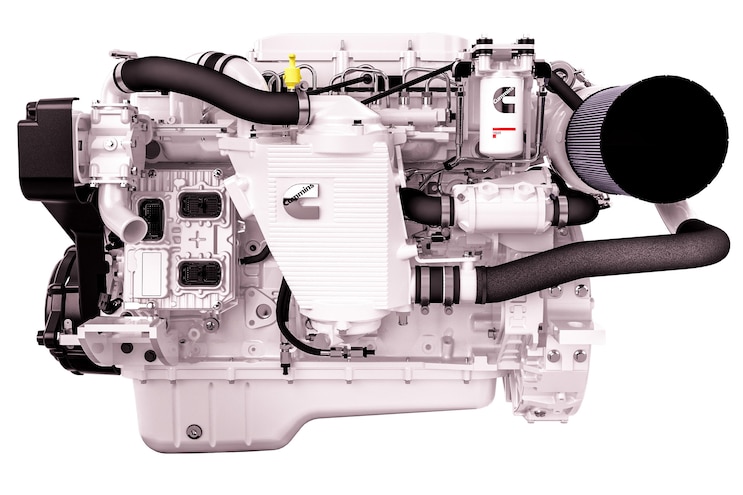 View Photo Gallery | 5 Photos
Photo 3/5   |   This side-mounted charged-air cooler uses seawater to reduce intake-air temperature for optimum performance.
Fuel delivery is optimized for torque and fuel economy. The HPCR system reduces the engine’s decibel level at high rpm by injecting fuel at a fast rate. It also lowers the rattle heard at idle by as much as 80 percent with the pilot injection (a small amount of fuel that is injected before the primary shot). Components used in the HPCR are hardened so the system will work with alternative fuels like kerosene, JP8, and JP5. The system is also engineered with enhanced compatibility to function with various emissions components to virtually eliminate smoke.
A Cummins Quantum System ECM monitors operating parameters such as fuel consumption, duty cycle, engine load, and speed to ensure peak performance while being able to run diagnostics and prognostics, as well as provide complete engine protection. An electrical interface box is used for all vessel connections to reduce installation complexity. 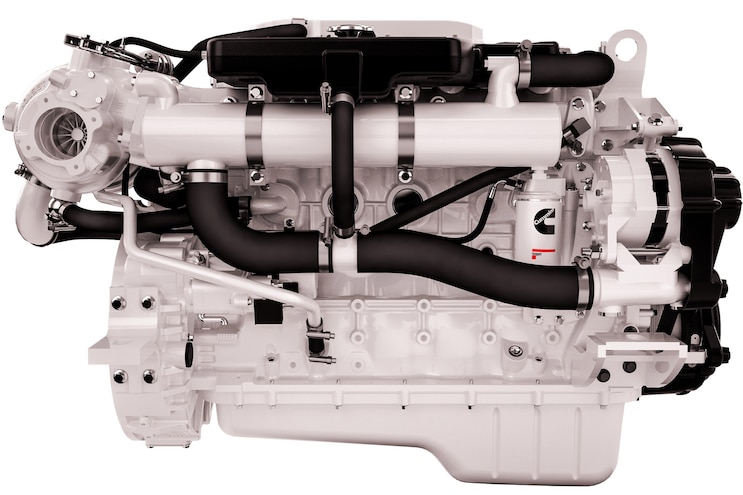