Ramble On – Tailgating the Right Way 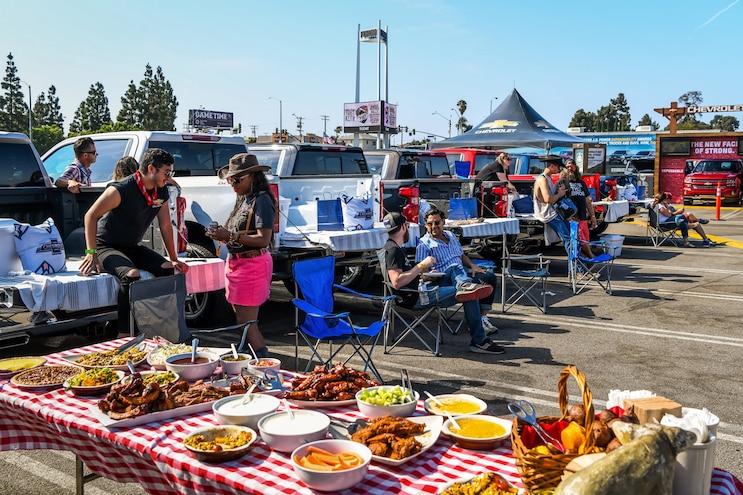 September is a great time of year—there’s still enough daylight and nice weather for one last summer bash. And if that bash just happens to include country music’s greatest hitmakers, some really good barbecue, and the all-new ’19 Chevrolet Silverado 1500, so much the better.
And so we showed up at the legendary Forum in Inglewood, California, on the first day of September for the first-ever Tailgate Fest. Most shows at the Forum take place inside the arena, but this event was held in the parking lot, where guests were encouraged to drop their tailgates, set up grilles and tents, and hang out with each other. And there was music for every taste, thanks to country artists like Randy Houser and Parmalee, along with R&B superstar Nelly, who brought up Florida Georgia Line to play their number-one hit “Cruise.”
Chevy, being a presenting sponsor of Tailgate Fest, was given first pick of parking spaces, and the setup couldn’t have been more accommodating for the lucky folks invited to join. The site was outfitted with camping chairs, cozy blankets and pillows in the bed (my “tester” was a white LT Trail Boss), and top-notch barbecue supplied by Barrel & Ashes—try the hush puppies with maple butter and dry-rub buffalo chicken. And our trucks were as close to the stage as possible, allowing us to see the whole event while gorging on great food and relaxing with friends.
But that’s not to say we could resist getting even closer to the stage when some of our favorites started playing. Nelly, Jana Kramer, and each of the other acts certainly got folks in the crowd up on their feet, singing every word and dancing along to the beat.
By the end of the day, Chevy’s other guests and I had logged about eight hours in the back of those ’19 Silverado pickups, reminding me of one of the greatest parts of having a truck. Somehow, pickups bring people together, whether for an event like this, an off-road adventure, or just killing time with the tailgate down. It reminded me of high school, when I’d show up to a get-together and park my ’96 Mazda B-Series, then return at the end of the night to find a few of my friends hanging out in the bed and chatting.
That’s how it was with Tailgate Fest, sponsored by Chevrolet. We were just a bunch of likeminded folks, enjoying our pickups in the sunny weather with some good food and great music. 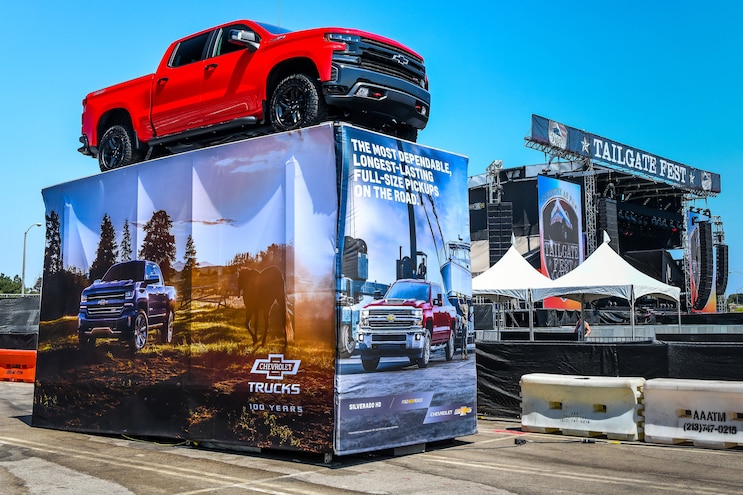 View Photo Gallery | 4 Photos
Photo 2/4   |   The first-ever Tailgate Fest, sponsored by Chevrolet, brought country music and a great atmosphere to The Forum, giving Los Angeles residents a much-needed weekend break from the hustle and bustle of the city. 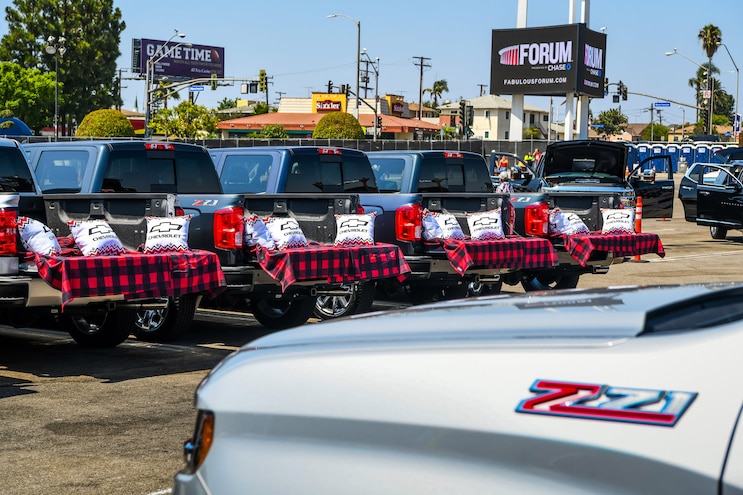 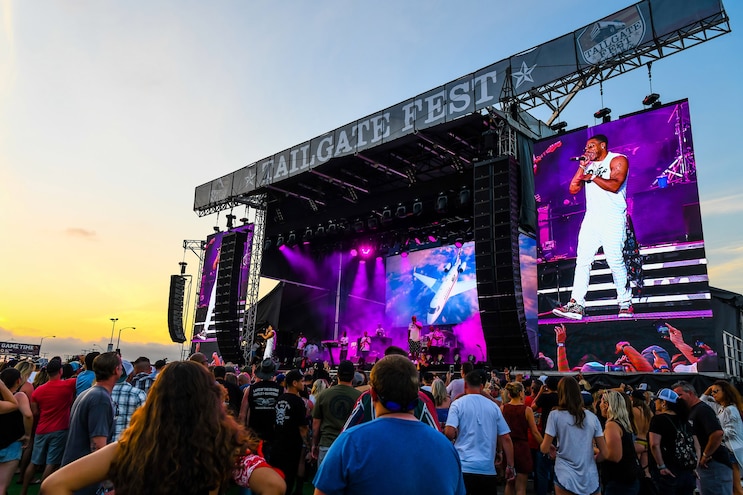