A Taco Inspired by Two Tacos 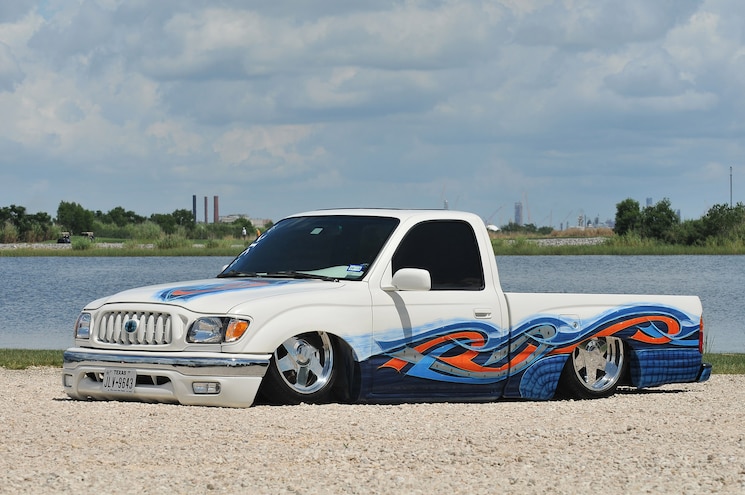 Deer Park, Texas, resident Chris Malone found his niche when he was introduced to Toyota Tacoma brothers Cody and Bobby Reynolds. “I was walking around a local car hangout when I first saw their trucks,” Chris tells Truckin. “This was the first time I saw one of these minis body-dropped, and I just fell in love with the style.” Chris never owned anything with an adjustable suspension in the past, so this was out of his comfort zone—but it felt so right to him. With the Reynolds brothers offering guidance, Chris was on the hunt for his first Tacoma.
His search came to an end when he found a ’98 Toyota Tacoma on a used car lot and immediately made the arrangements to take it home. The Taco had been sitting for quite some time, so the first item on the to-do list was restoring the engine to running condition. Chris had his personal mechanic, Howard Willis, change the injectors and make minor adjustments to get it running. Chris made an appointment with Rocky Fox at Chaotic Customs in Conroe, Texas, to replicate the Reynolds’ Tacomas by adding a stock floor body drop. 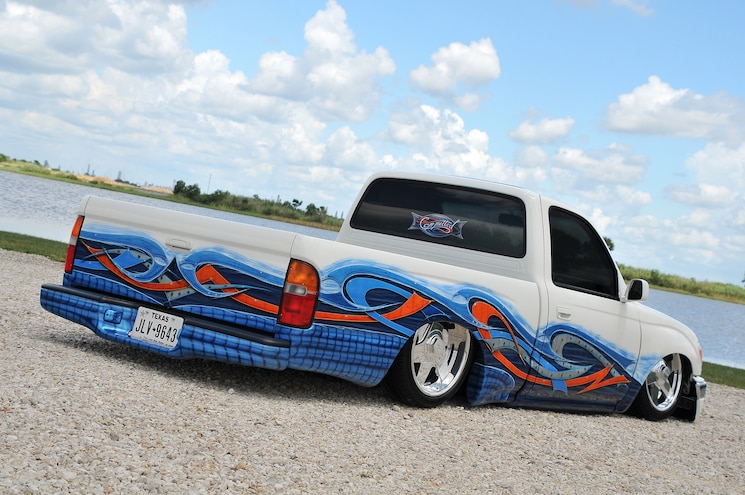 View Photo Gallery | 17 Photos
Photo 2/17   |   1998 Toyota Tacoma Last Minute 3 4 Rear
His good friend and Madd Concepts shop owner, Patrick Reid, started bugging him about letting him paint the Toyota. “I knew I wanted a clean paintjob,” Chris says. “But I also wanted to make this mini my daily driver.” Chris was hesitant to add a full show-style paintjob, but he trusted Patrick to work his magic to make the Tacoma unique. Chris dropped it off at Madd Concepts and arrived one week later to find Patrick had added a solid PPG White Dimond paint along with full graphics. He reiterated to Patrick that he wasn’t looking for a show truck and wanted more of a daily driver, but Patrick insisted his Taco could check both boxes. 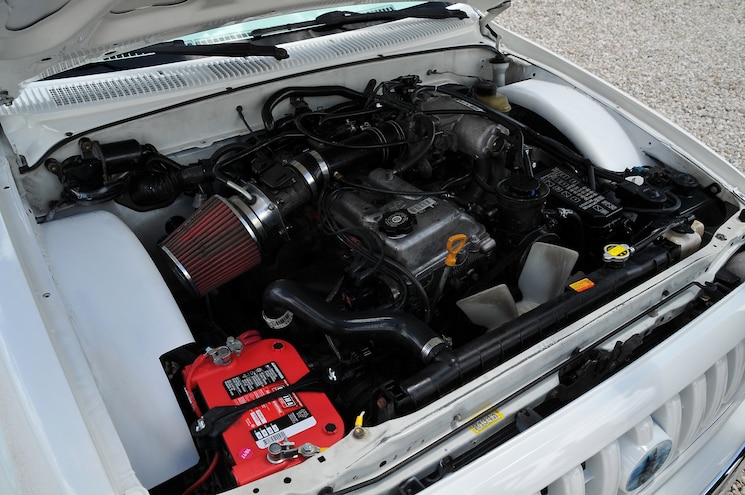 View Photo Gallery | 17 Photos
Photo 3/17   |   1998 Toyota Tacoma Last Minute Engine
With the suspension and paint working together cohesively, Chris turned his attention to the interior. He found a set of ’98 Honda Civic bucket seats and brought them to Alfredo at Arjona Upholstery in Pasadena, Texas, where they were wrapped in old-school blue tweed and black Katzkin leather. Patrick painted the interior pieces to replicate the exterior. To try something new, Chris found a fullsize Chevy truck sunroof and began the cutting process, not knowing if it would even fit. Chris reached out to Chris Coddington at Hot Rods by Boyd for a custom one-off steering wheel and 18-inch Viper wheels to add to his Tacoma. Once Chris’ truck was complete, he debuted it at the Outbreak show in Lufkin, Texas, clocking 200 miles round-trip for its maiden voyage. 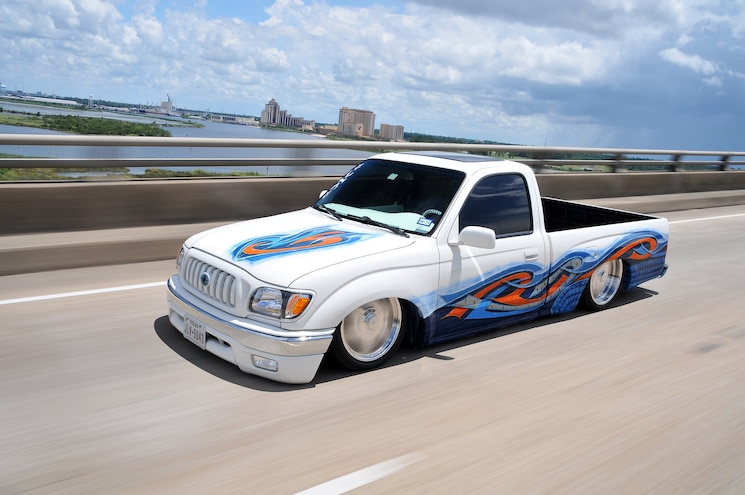 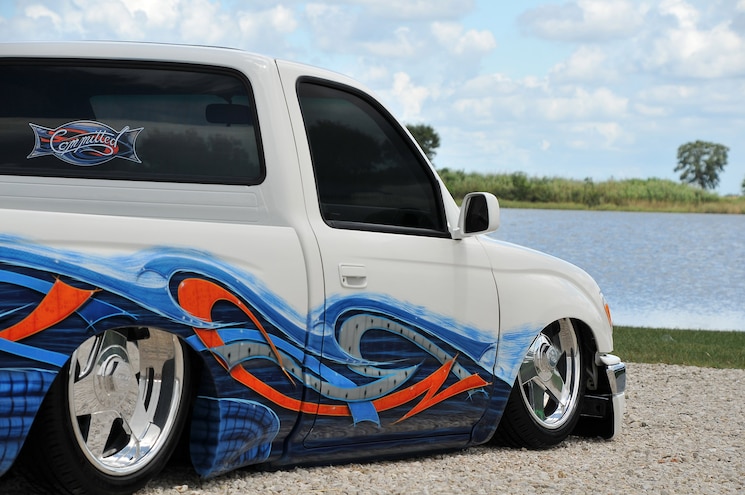 View Photo Gallery | 17 Photos
Photo 5/17   |   1998 Toyota Tacoma Last Minute Side
The full build time from start to finish came in at a little less than six months. Chris always pushed himself and the people building for him, so he was able to do what takes most people years to accomplish in half a year. With all the rushing around to meet deadlines, it always seemed like his decisions regarding what to do and the styles he selected were last minute. That feeling led to him naming his custom Taco Last Minute. Chris wishes to thank his loving and supportive wife, Courtney Carroll. Her Tacoma was featured in Truckin just a few months back, and now the household has two body-dropped Tacomas. This should make award time not only exciting but very competitive. 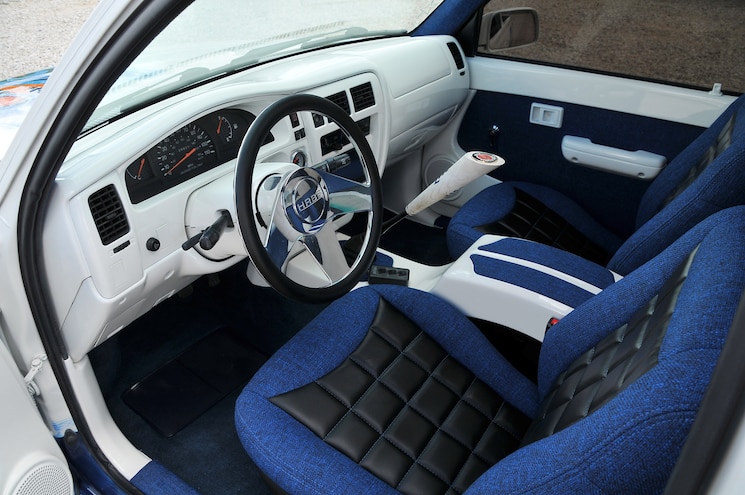 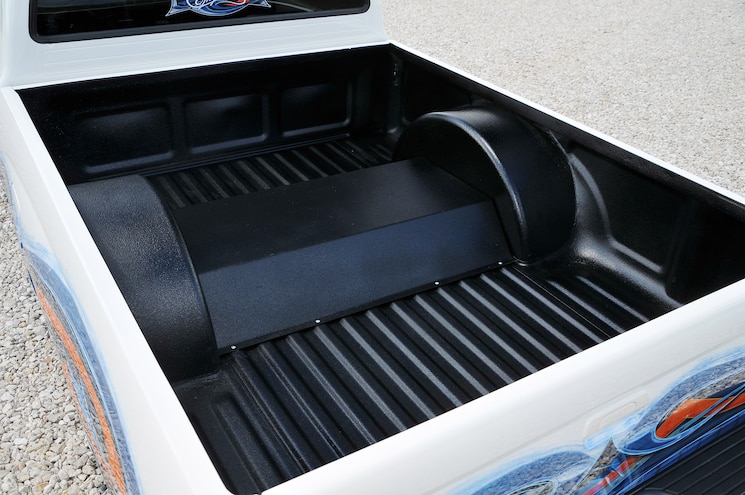