Built Better From a Bad Reputation 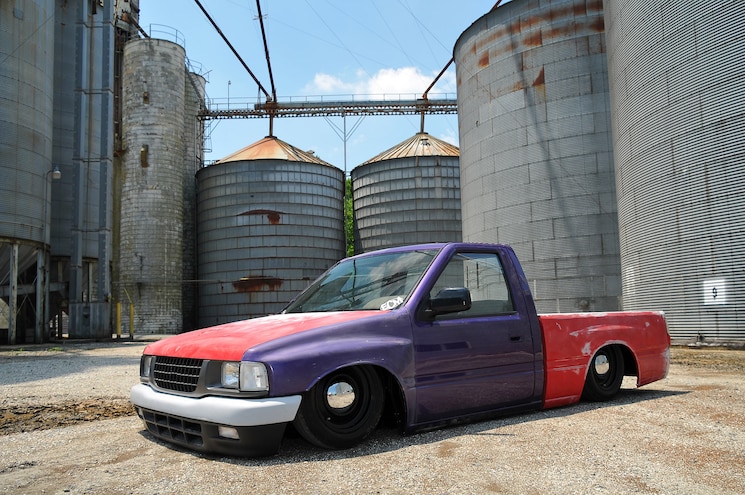 When someone takes credit for work they didn’t do or misleads people into performing acts for free, their reputation can be ruined. When Maryland resident Wes Dukes first went on the hunt for a custom truck, he came across a bare frame ’94 Isuzu pickup that had a sordid past. The original owner claimed he’d done all the work, although he really didn’t and had instead used a family tragedy story to get people to modify the mini. Wes wanted the truck, and he planned to turn around the Isuzu’s unfortunate reputation.
As a “hang-around,” Wes spent years with his good friends from East Coast Minis and cruised around in their mini-trucks with them until he decided to get his own. A friend of his actually found the Isuzu and vouched for the “bones” of the mini, so Wes decided to purchase it. The purchase came with a donor truck and pieces in boxes, as it was just the chassis and drivetrain he was receiving. Wes had a long road ahead of him, but he was optimistic and excited for the future. 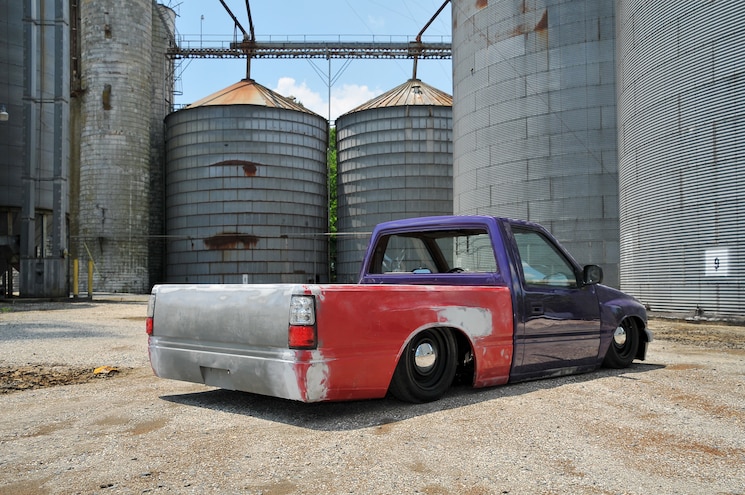 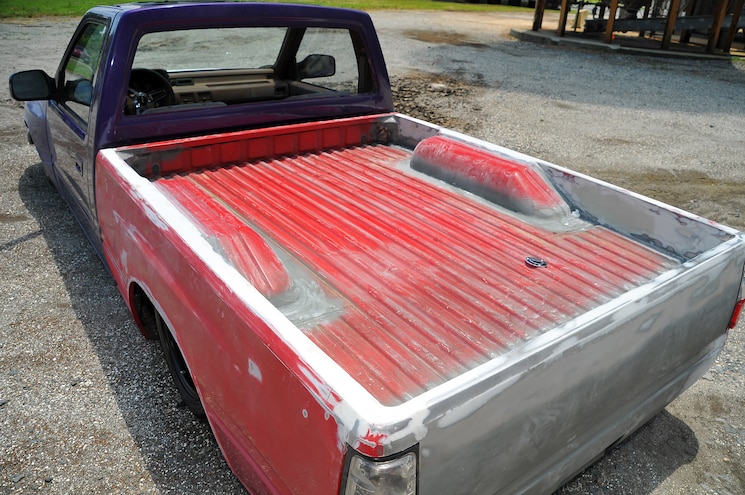 View Photo Gallery | 5 Photos
Photo 3/5   |   1994 Isuzu Bad Credit Bed
The cab was set down on the frame and all the brake lines and fuel lines were redone. All the air management was performed using Viair compressors and Air Lift bags to bring the mini to the ground. Most of the parts were used from the donor truck or personally hunted down by Wes himself. The bed was body dropped with help from Jeff Wootten and Victor Quintanilla (without the actual truck being there). Once Wes brought the bed home, he realized it wasn’t lining up, so it had to be redone and brought down even further. He shaved the inside of the bedsides and the fuel door as well as the hood from the donor truck. 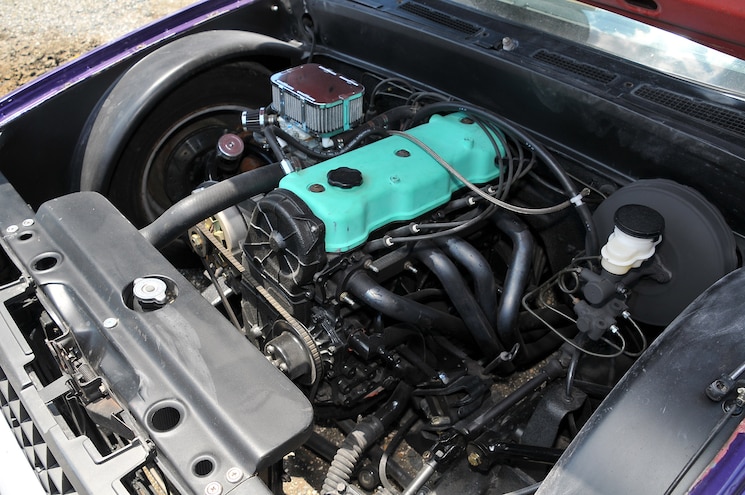 View Photo Gallery | 5 Photos
Photo 4/5   |   1994 Isuzu Bad Credit Engine
The rear fenders were pulled and a set of 4x4 front fenders was put in place. The rear fenders were pulled out to add more width to the rear, matching the new front. Dead End Customs came in to handle the tub work. For the interior, Victor made a center console to house the air management controller and built-in cupholders. Wes added the carpeting and the bucket seats from the donor truck. Wes and Jeff decided to cut out a sunroof for a cooler look in the summer. In the course of two months, Wes got the motor running and everything in place for the pickup to be mobile. 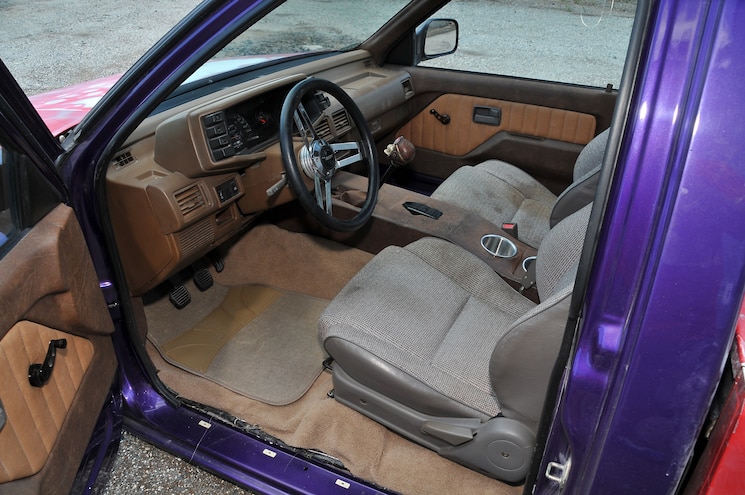 View Photo Gallery | 5 Photos
Photo 5/5   |   1994 Isuzu Bad Credit Interior
When his friends and family ask him, “Why didn’t you just buy a new truck instead of putting all the money and time into this older pickup?” he usually responds with, “I have bad credit.” Although the story behind the name is much different, Wes now gives “good credit” to everyone who played a part in the success of his Isuzu. He is currently in the process of adding a single-turbo 1JZ-GTE motor, and the color that’s in the works will be a real head-turner. Stay tuned for what Wes has in store, because it will definitely be worth the wait.