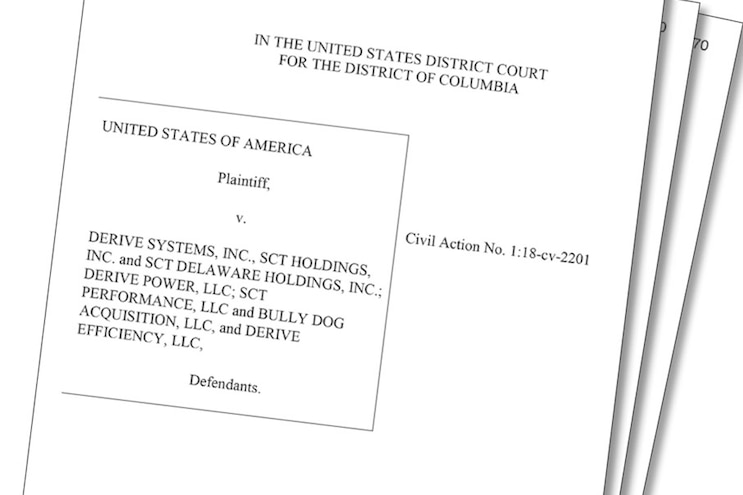 Four years ago, I believed (and stated in the first issue produced with me as editor) it was only going to be a matter of time before the U.S. Environmental Protection Agency would eventually lower the boom on companies—large and/or small—that continue to defy its rules forbidding removing, disabling, canceling, and/or deleting, emissions-control-related hard parts and ECM strategies for late-model vehicles. I mean, only a few years later when we saw it happen at the OEM level (the Volkswagen emissions debacle of 2016), one could pretty much bet the farm the aftermarket would be next in line for increased scrutiny by the feds.
Well, the hammer did fall, as Derive Systems, the folks who bring us Bully Dog and SCT tuning software, programmers, and such, announced they are now working with the EPA to “establish and promote enhanced practices within the automotive aftermarket industry,” basically in reaction to a complaint filed by the EPA that pretty much says “we gotcha!” for violating Section 203 of the Clean Air Act (in Derive’s defense, many of the products cited may be legacy pieces, produced by the two companies long before Derive took them over). I liken this to the way a suspected criminal would take a prosecutor’s deal for shorter time, in lieu of possibly losing a trial and going up the river for a long stretch.
What are these new practices? Well, they include updated product-development procedures and revamped testing. My layman’s interpretation of this is the company is saying its days of giving users the ability to delete or otherwise get around emissions controls using any of its subsidiaries’ products are over, because they will no longer be producing devices that facilitate doing it (for on-road/street vehicles), and employees and dealers will be trained and certified to ensure it doesn’t happen. 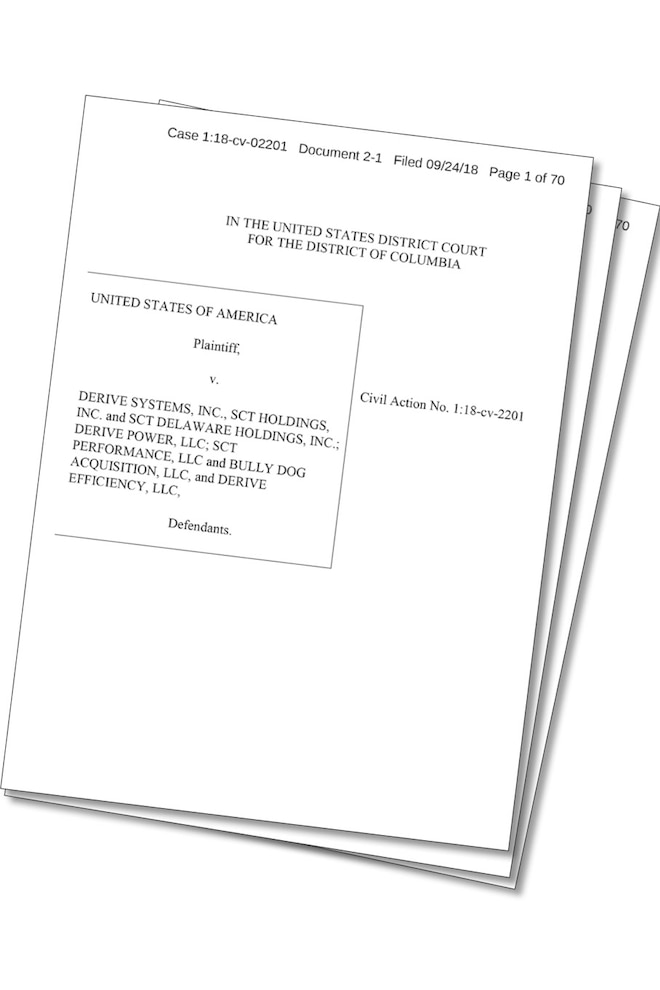 View Photo Gallery | 2 Photos
Photo 2/2   |   Particulate Matters Major Tune Up
While my message in 2014 sounded a proverbial alarm, I tempered it some by saying deleting emissions gear, “black smoke,” and all that go with it are the accepted norm in competitive environments such as drag races, sled pulls and dyno events. I also explained and continue to implore that my hope is for manufacturers, tuners, and the diesel community as a whole to see the light and work hard to develop parts and programs that improve performance while complying with EPA regulations. Sure, I understand doing this requires a lot more time and financial investment than cheating does, but I’m happy that many influential players in this space are giving it a try (and have been doing so for a long time).
Honestly, it makes me glad to hear enthusiasts who were once all about smoke and nothing but smoke now talk about making “clean power” with their trucks’ emissions equipment intact. Tuners even share news via social media about the inroads they make with ECM calibrations that are fast becoming known as “emissions-on” tunes (all the key hard parts are intact).
Case in point, using HP Tuners’ newly unlocked (literally), previously impenetrable ECM that controls the 6.6L Duramax L5P engine of ’17-to-present GM trucks, tuner Kory Willis of PPEI Custom Tuning reports that a beta version of his calibration produced 526 hp and 1,068 lb-ft of torque with the truck’s smog hardware intact (stock numbers were 386 hp/818 lb-ft).
Now, it’s important to understand that HP Tuners’ L5P ECM Exchange Service (send them a stock processor, and they will send you an unlocked unit that supports custom tuning for L5P) has a $2,499 price tag (I believe the swap with Kory’s tuning comes in at roughly four grand—or more), and it opens a ridiculously big can of worms with regard to a new Silverado or Sierra’s factory powertrain warranty, as unauthorized ECM swapping is a huge no-no in GM’s eyes. However, despite the administrative catch-22, the costs, and the emissions-on tuning not having EPA approval, it’s very cool to see such substantial performance gains with the latest Duramax V-8, and to know those gains can be improved on.
We’re fast approaching the Specialty Equipment Market Association’s (SEMA) annual trade show in Las Vegas, Nevada, and the Performance Racing Industry (PRI) trade show in Indianapolis, and I have a strong feeling the Derive (Bully Dog/SCT) situation will be a popular topic of discussion at both events. While I believe the EPA’s complaint also includes ECM programming for gas engines, my opinion is the agency’s watchful eye is now going to be focused on oil-burners more than it ever has been. But that doesn’t mean I think the sky is falling or this is the proverbial end of the hobby.
What this does is make clear the fact that our efforts to move diesel performance forward with a focus on cleanliness—and having (gasp!) EPA approval—need to continue in earnest. I urge aftermarket-parts manufacturers to work with SEMA and use the SEMA Garage’s bad-ass emissions lab (if they’re not already doing so) to test and refine products, putting them in the best position to pass CARB’s stringent evaluation and hopefully receive the all-hallowed Executive Order number of approval.