The Driver’s Seat: Jerry Was a Race-Car Driver 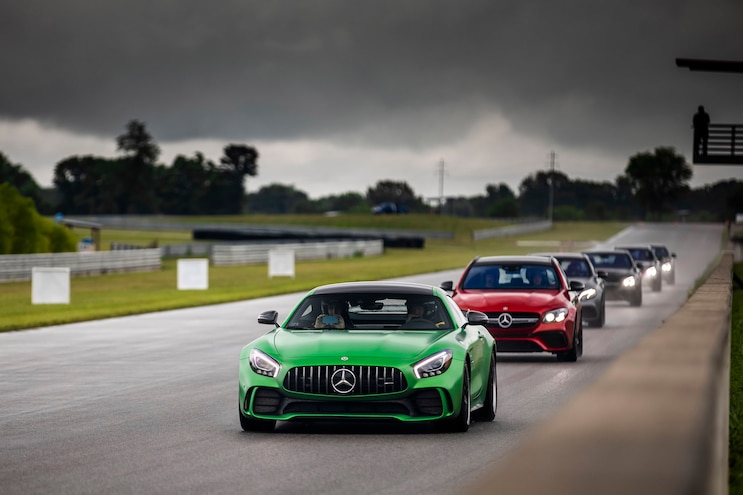 Jerry, they say, was a race-car driver. Legend has it he drove so damn fast, and while he never did win any races, he never did come in last. At least that’s how the story goes. I, like most people, don’t know who Jerry was, but alas, strive to be just like him. As you all should be aware by now, I am a truck guy on the exterior, but at my core, I’m just a lover all things fast and loud.
Throughout my career, I’ve been given the opportunity to drive plenty of powerful cars, trucks, and SUVs. That’s right, cars as well. And unlike some proclaimed “truck guys,” I’d never turn down the opportunity. There’s always so much more to learn, so whenever the opportunity arises to be tutored by someone better, faster, or smarter than me, I’ll quickly pull up a chair and listen. It could be as simple as golf carts, but if there was a pro showing me the fastest way around 18, I’d be there. 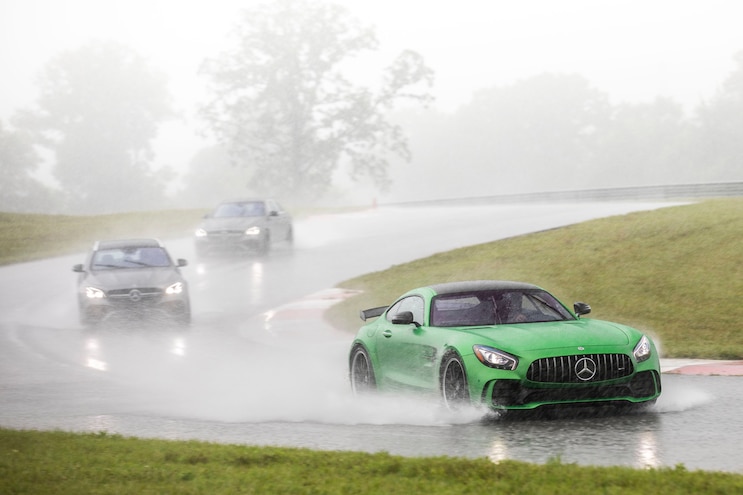 View Photo Gallery | 10 Photos
Photo 2/10   |   The Drivers Seat
On one of my more recent trips, such an opportunity arose. While testing the Mercedes AMG GLC 63 in the hills of Tennessee and Kentucky, we were given the chance to also take laps around NCM Motorsports Park in Bowling Green, Kentucky, in a fleet of AMG E63 Sedans and Wagons. For those unfamiliar, NCM is a world-class facility with a 3.15-mile road course fashioned after the famous Circuit de la Sarthe in Le Mans, France. The AMG E63 packs a handcrafted, turbocharged 4.0L V-8 that cranks out 603 hp and 627 lb-ft of torque. The E63 Wagon combines this with a 4MATIC all-wheel-drive system and starts at $107,000 (the model we were driving tipped the scale to the tune of $128,000). Seriously, why would even the most hardened “truck guy” turn down this opportunity?
As if things couldn’t get any better, the skies decided to open and dump a late-summer thunderstorm during our track time. You better believe we still went for it. With veteran racer Tommy Kendall (if you don’t know the name, go look him up) providing instruction and leading the pack (in a bright-green AMG GT R nonetheless), we split up into two groups (fast and faster, on the honor system) and hit the soggy tarmac. I can’t think of a time that I’ve had more fun, been more nervous, and learned as much about vehicle handling as I did trying to follow Tommy’s line in the rain. View Photo Gallery | 10 Photos
Photo 3/10   |   The Drivers Seat Lineup
You should also know this about me: I have a strong dislike for wagons. Yup, there, I said it (myself and former staffer Ed Sanchez went round and round about this fact for nearly a decade). While the E63 Wagon did a pretty solid job of trying to change my mind, I’m still not a fan. I’ll take a standard-issue E63 any day of the week or, better yet, the GLC 63 that you’ll read about later in this issue.
So be like Jerry. If the opportunity arises to learn something new, improve a skill, or just get outside of your comfort zone, go for it. Not everyone is going to be a winner, and most of us will never see a checkered flag. As for me, I’ll keep striving to never come in last.