The S10 That Answers the Question of Why 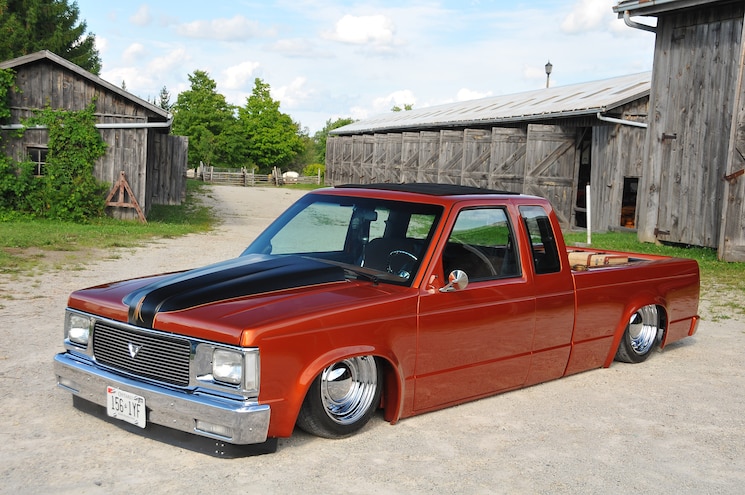 Our Canadian friends to the north are well known for their winter weather, hockey expertise, and politeness, but one thing they should be recognized for more often is their truck builds. Courtice, Ontario, resident Tim Atkinson was introduced to truck culture when he was still in high school. The youngest of three boys, Tim watched as his older brothers lifted their Chevy trucks, but his eye-opening really took place when he saw his first lowered truck. “Something about that Chevy mini-truck just made me stop in my tracks—I knew this was my calling,” he says. 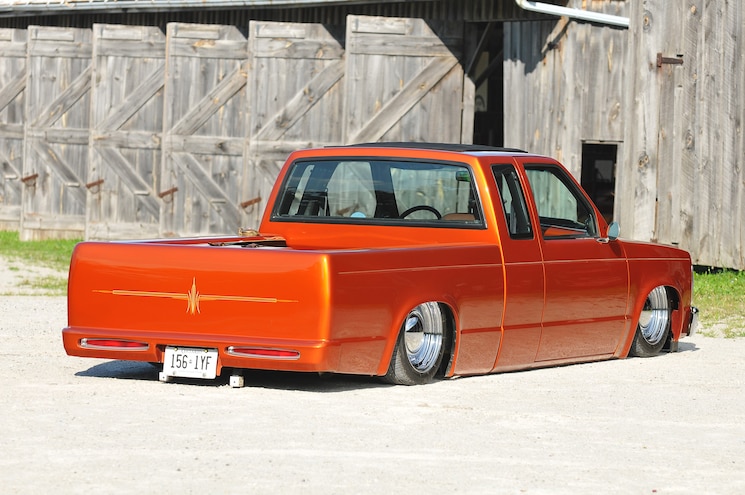 View Photo Gallery | 16 Photos
Photo 2/16   |   1985 Chevy S10 Y Not Rear
Finances weren’t good enough to be able to purchase a new truck or even customize an older truck, so it took some time. He located an ’85 Chevy S10 that was primarily used for park security and maintenance. It was a couple of hours away, but Tim had a feeling this would be his first attempt at making something memorable. Without enormous funds to bring it to a builder, he started learning through trial and error.
As he was building, the motor blew on him, making it the moment everything changed for the good. Tim decided to go big or go home, so he and his brothers upgraded from the standard V-6 to a V-8 and dressed up the motor. The next step was the paint; his cousin Chase Atkinson lent a hand with the Dodge Copper color. The interior was next on his list, making it a truly unique creation with handmade, tooled leather wrapping through the entire interior. 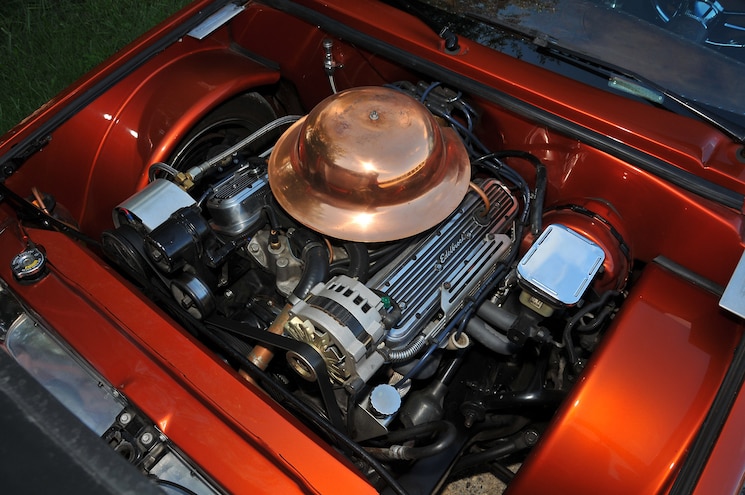 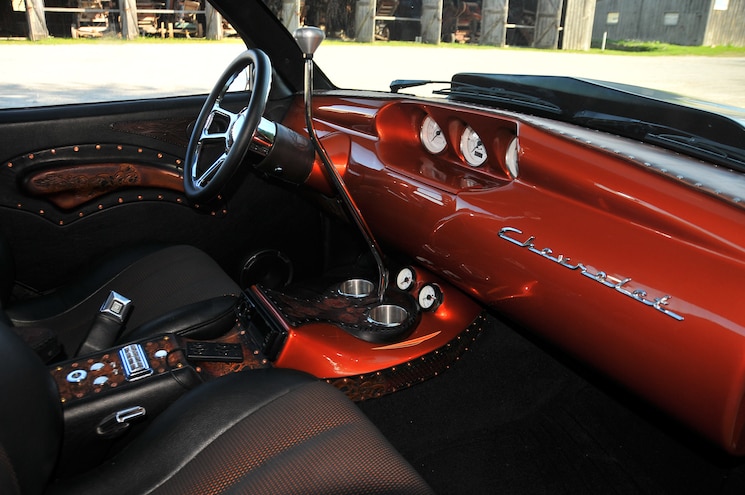 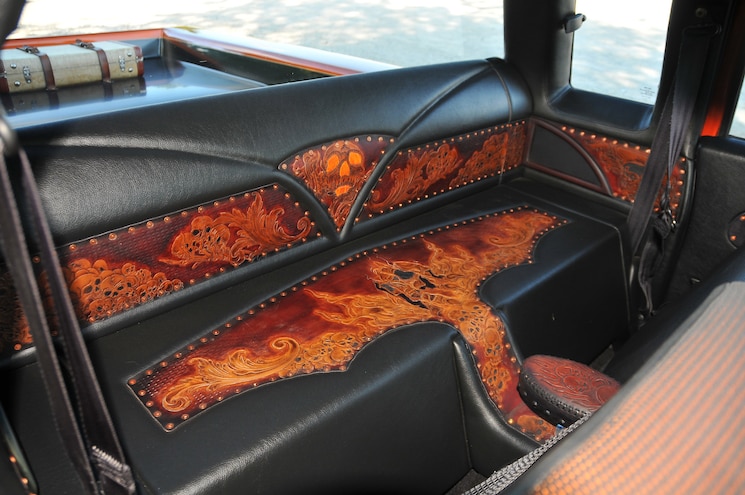 View Photo Gallery | 16 Photos
Photo 5/16   |   1985 Chevy S10 Y Not Interior Rear
For creativity, Tim decided to take a suitcase, cut it in half, and create a false door in the bed of the dime that would open and be used for storage. When it came time for a suspension change, Tim relied on his own handiwork to bring the Chevy down with a traditional body drop to the rockers to create the feel he saw back in high school. To keep the Chevy on the edge of hot rod and old school, he finished off the look with some 15-inch Smoothies to bring some chrome to the copper exterior.
Throughout the build, many of his Northern friends and even his brothers would ask him, “Why are you doing this to a truck?” to which the answer was simple: “Why not?”