When You Can’t Buy It, Create It 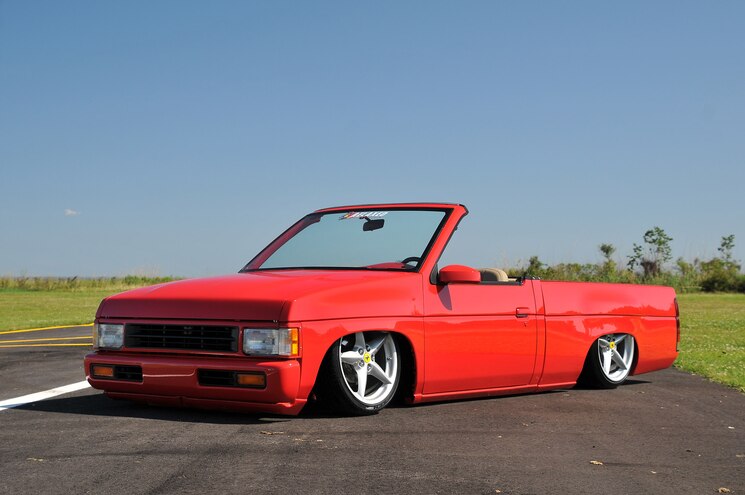 Founded in 1939 by Enzo Ferrari, the Italian-made Ferrari sports car can be found on any young boy’s wall growing up. Tim Davis grew up admiring the car seen throughout popular culture. “I remember watching Ferris Bueller’s Day Off and seeing the bright red Ferrari,” Tim tells Truckin. “I was aware I wouldn’t be able to afford such a vehicle, but I could dream.” Dream he did, as Tim began getting more into the automotive culture when he purchased his first truck: a Nissan Hardbody. He often joked the Nissan was his Ferrari, until one day he decided it was time to sell the truck. As he handed off the keys to the new owner, he had a feeling he was making a mistake.
That mistake stayed with him for 15 years, as he just couldn’t seem to find something that gave him the feeling of his old Nissan. Tim was able to track down a solid ’95 Nissan Hardbody that was originally built by Dave Bonin at Bonified Customs and had been sold to someone in Orlando, Florida. “I boarded the plane with a bag of money and a license plate,” Tim says. “It was coming home with me no matter what.” 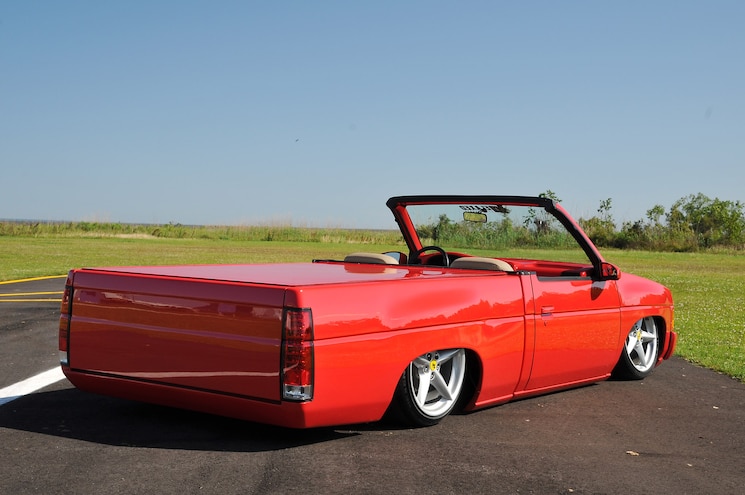 View Photo Gallery | 12 Photos
Photo 2/12   |   1995 Nissan Hardbody D21 California Rear
Tim always noticed the top of the Nissan was higher and sloped toward the windshield, giving it the appearance of a Ferrari. Once he brought the Nissan back home to Tennessee, he and his good friend, Chris Luck of SunCool Glass and Trim, marked off the lines and started cutting off the roof. He tracked down an original Ratical Tops soft-top kit to cover the truck when he needed to. Chuck Bennits fit the new top and did the final sewing. From there, Tim and his friend, Matt McLeary from McLearysMetalWrks, added 4x4 fenders that were grafted into the bedsides. A smoothed roll pan, bumper, and tailgate were added for a sleek sports car feel. 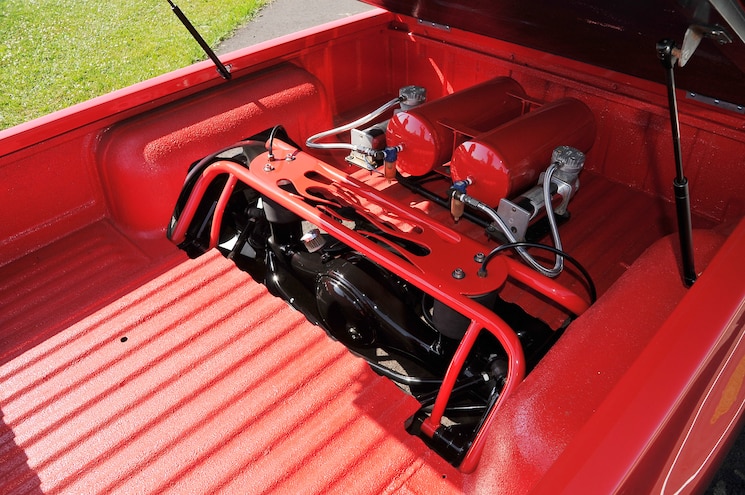 View Photo Gallery | 12 Photos
Photo 3/12   |   1995 Nissan Hardbody D21 California Bed
Once the bodywork was complete, it was time to bring the color of the popular sports car to the Nissan. With the help of Eric Nichols, Tim coated the Hardbody with a custom mix of PPG Red to resemble the Ferrari color. The next step was converting the interior to a more upgraded look. Cavalier bucket seats were wrapped in Katzkin leather and added to the Nissan. Although the truck was ’bagged and built flawlessly, Tim had to do minor changes due to the wear and tear of the air-ride suspension. Fresh Slam Specialties SS5 ’bags were added to replace the older front versions, and Firestone sleeves were added to the rear. 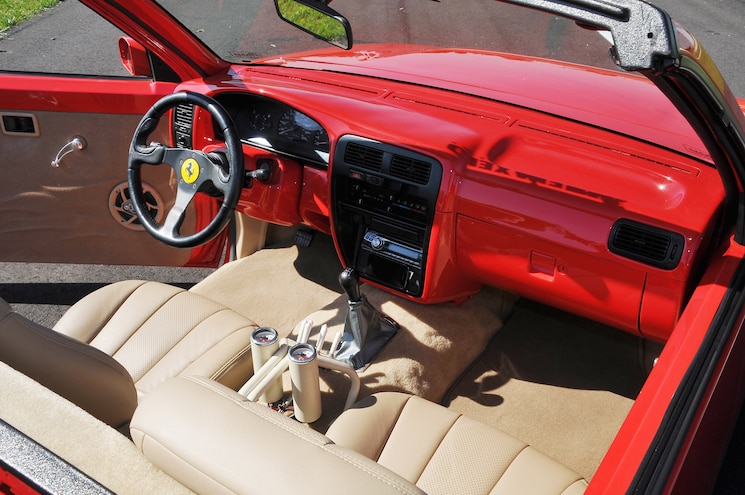 View Photo Gallery | 12 Photos
Photo 4/12   |   1995 Nissan Hardbody D21 California Interior
In order to get even closer to the sports car he dreamed about, Tim was able to find a Ferrari steering wheel, which he modified to fit into the cabin. The wheels were much harder to obtain, which had Tim searching for quite a long time. A set of 18-inch Ferrari 360 Modena wheels went up for sale in Houston, and he made sure he grabbed them. Adding the stock Ferrari wheels wasn’t easy, so Tim got with Ben Osborne at Buddies' Garage, where the wheels were re-drilled and the bolt pattern was changed to fit. Toyota hubs were machined, and Lexus IS studs were added to the front. 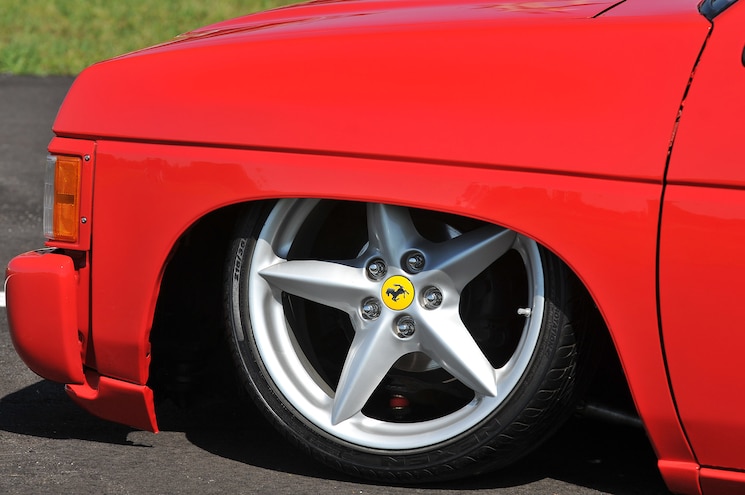 View Photo Gallery | 12 Photos
Photo 5/12   |   1995 Nissan Hardbody D21 California Wheel
Ever since his childhood, Tim dreamt about walking to the garage, getting in a Ferrari, and turning the key. He’s also dreamed about having a perfectly built custom mini-truck he could use to cruise the streets and take to shows. Tim showed that combining those two worlds wasn’t as tough as he originally thought. He wishes to thank his wife, Erica, for all her support, as well as his father for his help. In Japan, they call the Nissan Hardbody “D21,” and Ferris Bueller’s famous Ferrari was the California Spyder, so when asked what he wanted to name his unique truck, Tim didn’t even hesitate: “D21 California.”