A Tribute of the Blown and Laid-Out Variety 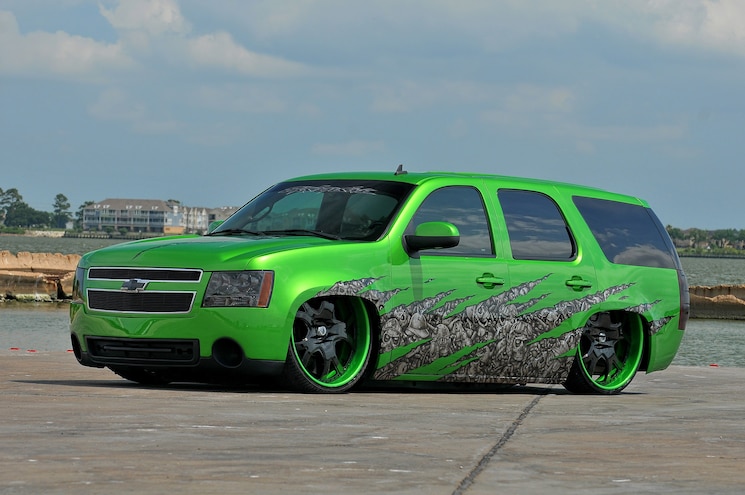 As a young boy growing up in Alvin, Texas, James DeMouy always had an affinity for sport/utility vehicles. When James got his first truck at age 15 with the help of his father, he quickly adjusted it for sound quality. “The stereo was a huge component when it came to customizing my vehicles,” James tells Truckin. “It was often the first thing I added to my trucks.” The fortunate thing about living in the Houston area was it gave James plenty of quality shops to learn from and glean creative ideas. One of the custom shops that played a huge role in James’ growth was Alamo Customs, and its owner, Robert Mesa. 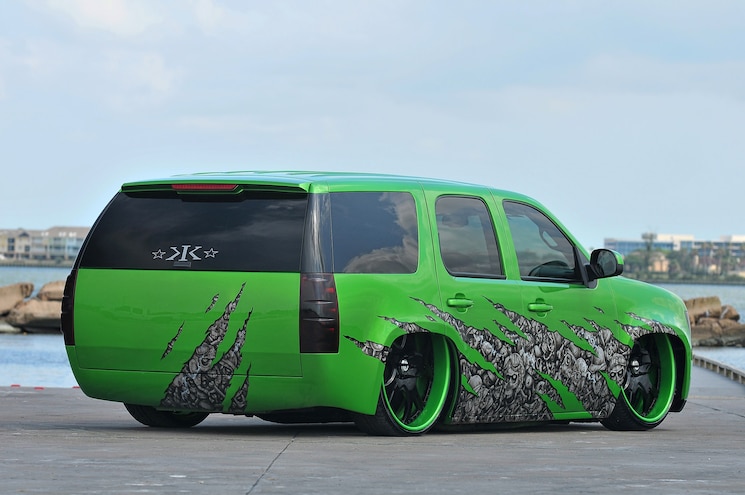 View Photo Gallery | 15 Photos
Photo 2/15   |   2007 Chevy Tahoe D Day Rear
With a fleet of about 35 vehicles under his belt, James decided to approach his next truck a bit differently. Instead of buying a truck and building it from scratch, he wanted to find something with good bones and change it to fit his own style. As a truck scene icon, James approached his friend Ricky Rygaard, who was selling his ’07 Chevy Tahoe. Ricky had put his heart and soul into the build and was hesitant to sell it to just anyone. James assured Ricky that if he took ownership, he would make sure the integrity of the Chevy remained intact. 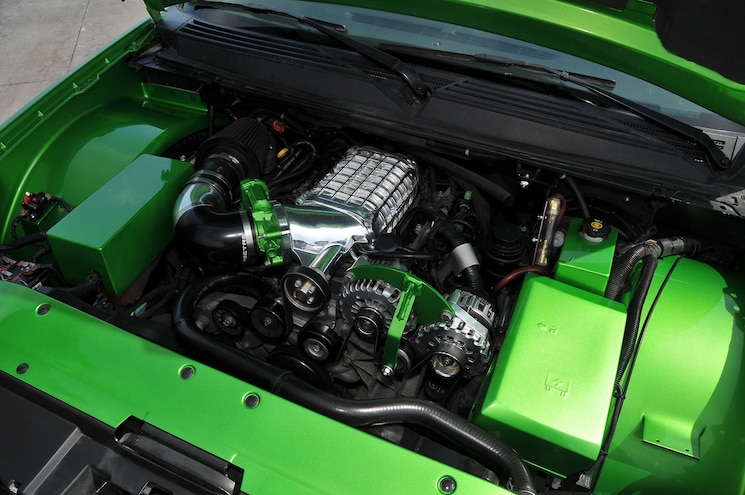 View Photo Gallery | 15 Photos
Photo 3/15   |   2007 Chevy Tahoe D Day Engine
When James purchased the Tahoe, it was a faded shade of red, but the airbrush covering the SUV—which depicts World War II scenes using skulls by Darren Wenzel—was flawless. The interior was old and worn, but mostly just outdated. Right out of the gate, James decided he would swap the colors to his favorite shade of GM Synergy Green by using Corey Scott at Kustom Werx Autobody in Conroe, Texas. After a month in the paint booth, the Tahoe was ready for the next step. James enlisted Heath Moore Interiors to swap out all the door panels and rebuild and sculpt new ones from scratch. The original red-and-black seats were changed to black vinyl with inserts with diamond green stitching. 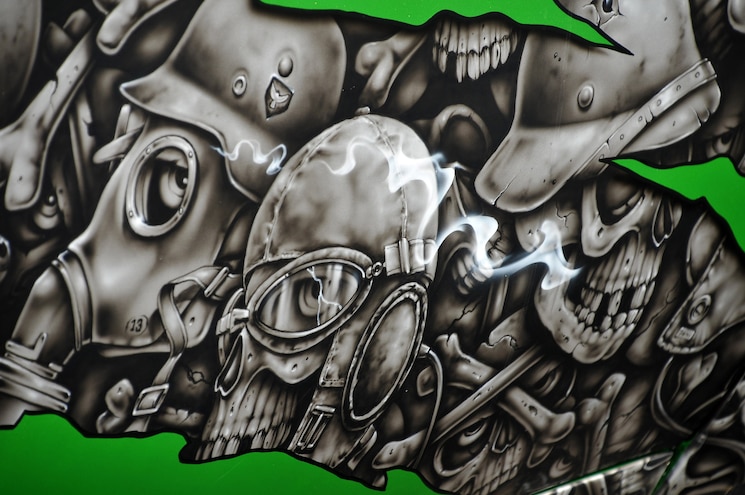 View Photo Gallery | 15 Photos
Photo 4/15   |   2007 Chevy Tahoe D Day Exterior Art
At this point, only the engine components and wheels were left untouched, so James contacted Steven Harris at Delta Tire & Wheel in Corpus Christi, Texas. The 28-inch Asanti rims were coated in Synergy Green to match the exterior paint as well as every piece under the hood. A Carriage Works front grille and Spyder headlights were installed, and a Magnaflow exhaust was added for better performance. The final upgrade was back to James’ roots from stereo competition, in the form of a full Rockford Fosgate setup that competes with all the stereo big boys. 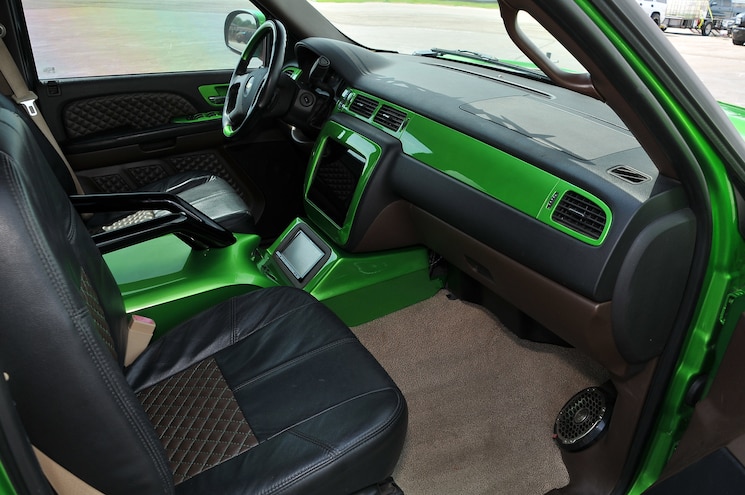 View Photo Gallery | 15 Photos
Photo 5/15   |   2007 Chevy Tahoe D Day Interior
James wishes to thank Ricky Rygaard for the opportunity to restore his custom build. James’ wife, Cathy, and their three children, Lane, Caven, and Chase, played a big role in making sure James stayed focused and determined. He could have started from scratch and built a show-stopping Chevy Tahoe, but he wanted to do something different to utilize a legend in the scene and give it a new flavor.