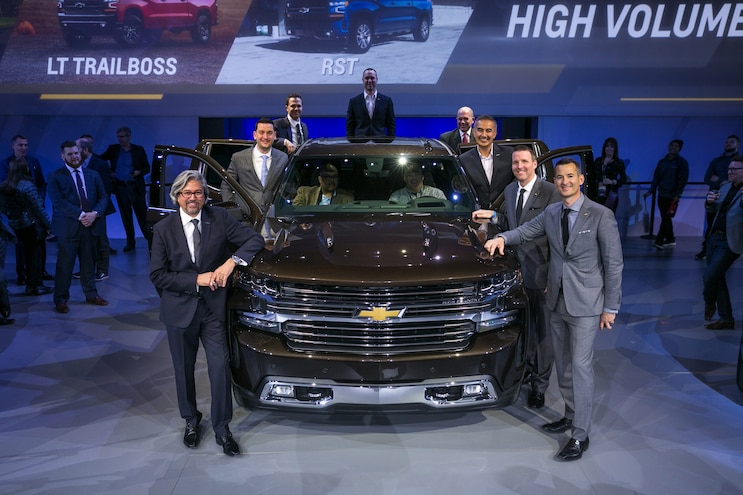 It’s no surprise that Tyler Moffett is working on Chevrolet trucks. He grew up in rural Virginia, where his father owned a forestry service and always used Chevy pickups. “I was able to witness them doing the work they were intended to do,” he says. “And he was restoring a ’57 Chevy NAPCO [Northwestern Auto Parts Company] four-wheel-drive, the factory-installed system before they had in-house four-wheel drive.”
But instead of pursuing engineering, manufacturing, or even marketing, Moffett was pulled in another direction. “I was heavily in the art room. I didn’t know that I wanted to do design but knew there must be some practical way to apply art. My college counselors didn’t know what to tell me, but through research, I found the Art Institute of Colorado and took industrial design there for two years. Then my dad and I went to the Detroit Auto Show, where I saw the College for Creative Studies booth and all their car clay models. As soon as I saw that, it was, ‘What do I have to do to transfer?’ Then I did a full four years at CCS in Detroit and graduated in 2009.”
However, with the U.S. economy cratered and General Motors and Chrysler struggling through government-managed bankruptcies, it was not a good year for finding a job, let alone in the auto industry. Yet within a few months, Tyler’s obvious talent helped him land a position exactly where he wanted to be: in a Chevrolet studio at GM Design.
He worked on Tahoe and Suburban and briefly on the new ’10 Camaro, then provided key sketches for Colorado and ZR2 and acted as lead designer on the latter. He also worked on the ’18 Traverse crossover for a while, then on the new ’19 Silverado, for which he provided the initial exterior sketch that led to that design. He is quick to credit the whole Silverado design team led by Chevy Truck Exteriors Director Rich Scheer, Design Manager Tim Kozub, and Lead Designer Gary Ruiz for the finished product. 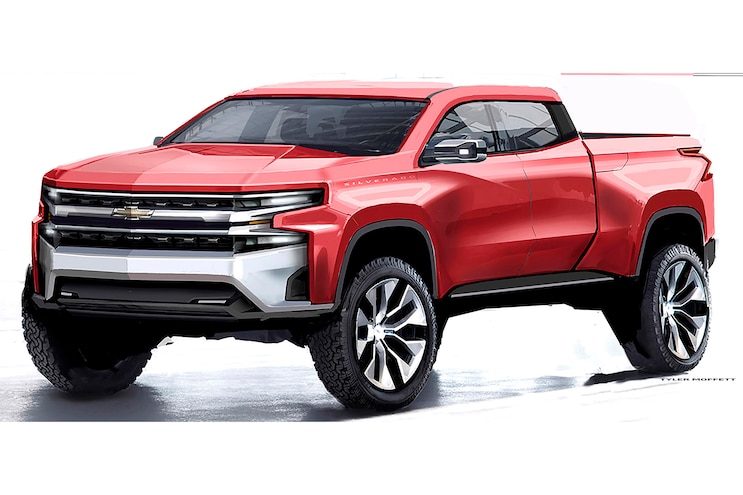 View Photo Gallery | 3 Photos
Photo 2/3   |   Interview Tyler Moffett Silverado Concept
Truck Trend: What are you driving these days?
Tyler Moffett: Since working here, I’ve had a lifted AWD Astro van, and I’m currently in a ’94 fullsize Blazer and a ’94 Suburban, which is my daily driver. And I’m restoring a ’79 Light Utility Vehicle [LUV].
TT: What is your design philosophy?
TM: A combination of heritage and intangible ideas of what a Chevrolet truck face should be. Putting a modern spin on the stacked headlights of the GMT 400 generation, for example. The new fascia corner incorporates the air curtain, then comes up and turns into a little shield with daytime running light that creates an integrated transition to the bumper.
TT: Beyond that, what are the most defining elements of this Silverado design?
TM: I would say the stance, making the truck and its body sides muscular with its wheels pulled to the corners. We used some body-side features to accentuate the fender forms, and not going to full circles but rounding the wheel openings more so they follow the shape of the tire a little better. We think that will help when customers put on larger tires from the aftermarket.
TT: Isn’t a pickup’s stance almost generic? Is any one much different from the others?
TM: It’s mostly about setting the wheels out to the corners as much as possible, which has to do with not only the face–to–fender flare but also a short front overhang. If you opt for a more flush body side that does not accentuate the wheel forms, we think you’re missing out on some of that perceived muscularity. 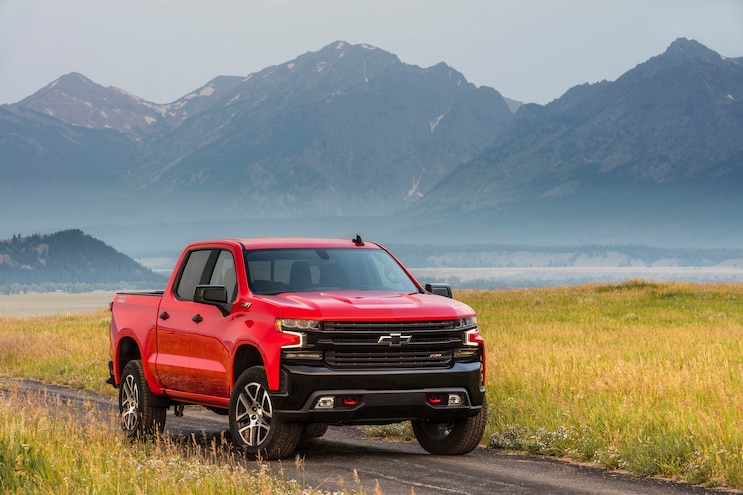 View Photo Gallery | 3 Photos
Photo 3/3   |   Interview Tyler Moffett Trail Boss
TT: Do the trends toward electrification and autonomy affect truck design?
TM: I don’t know about the future, but not for these new Silverados. The full electric Tesla does not have a grille, so that could affect truck design someday. But truck owners are very set in their ways, so when we try to do new things, they tend to be very evolutionary, not revolutionary.
TT: Do you see pickup design changing much down the road?
TM: Maybe if future technology trends a different way. Not speaking for GM but personally, maybe we could have more cab-forward utility vehicles. I’ve always been a fan of cab-over because it maximizes the footprint with a shorter wheelbase to get into smaller areas.
TT: Is one challenge of designing a new pickup that it always has to be evolutionary?
TM: Speaking for myself and my team, I think this Silverado is more revolutionary than its predecessors because of having to incorporate some modern features, both for aerodynamics and for technologies that require sensors on the outside. Some of those affect the exterior and drive what we’re doing with certain angles, and the aerodynamic devices gave us a unique opportunity in the front corners that hasn’t been done before.
TT: But those still seem like details. Back up a few feet, and it still looks like a truck.
TM: Yes, but look at the air curtain, for example. It enables quite a bit of aero improvement, more than we had imagined, and it drove a lot of the appearance of the front end, with the integrated fascia piece to the bumper, the vent and the whole corner. That is a pretty big deal. It’s in the bumper, and you can see all the way through the fascia into the wheel opening.
TT: You worked on the Colorado and ZR2, then the fullsize Silverado. Do the different sizes bring different challenges?
TM: Both have to function as pickup trucks. Obviously, there are wins with the midsize truck in terms of size and maneuverability. And the customers are a little different. There were not as many offerings when we decided to reenter that market, so maybe we could take a few more risks with its exterior styling and customers would be more accepting of them.
TT: Anything you would like to add?
TM: One notable thing is stamping “Chevrolet” into the tailgate like the company has done in the past to give it a more mechanical, tool-like presence and help bolster the brand.

- OF
By Gary Witzenburg
91 Articles