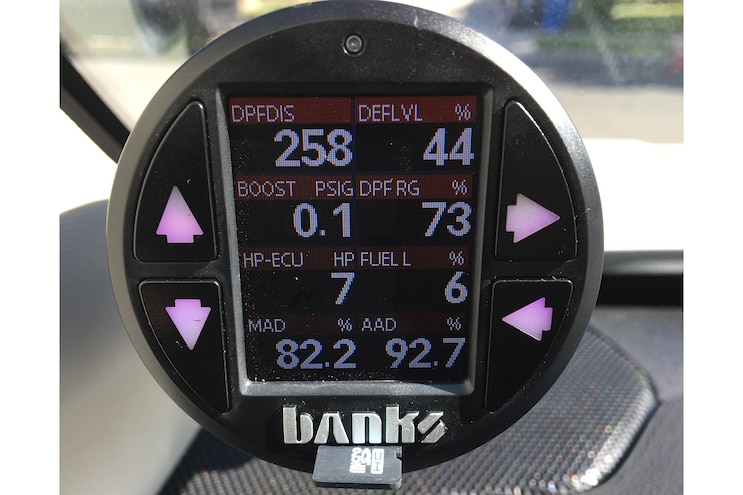 Well, everyone, I want to let you all know that I am now happily engauged. Yes, I know the spelling of engaged is horribly incorrect. But, I think you’ll agree the error is appropriate when I tell you the reason why.
You see, I made this commitment—to Banks Power’s new iDash 1.8 digital monitor—about a week after being introduced to the device at a socio-info gathering hosted by Gale Banks himself, during SEMA Week 2018. Our meeting was not exclusive, as me, Tech Editor John Lehenbauer, and other folks who are involved with diesel performance (including several big-name players) were in attendance. But I guess the few moments we had together were enough to assure me that iDash and I would be reunited—and stay joined for a long time.
OK, let me bring this into a more realistic focus. First, for anyone who doesn’t understand my satirical tone, let me make it clear that I’m actually happily married, to my wife Crystal, for 20-plus years. At this point, I doubt a gauge—or any other inanimate object or being—will ever break us apart. Sorry, Gale. LOL. 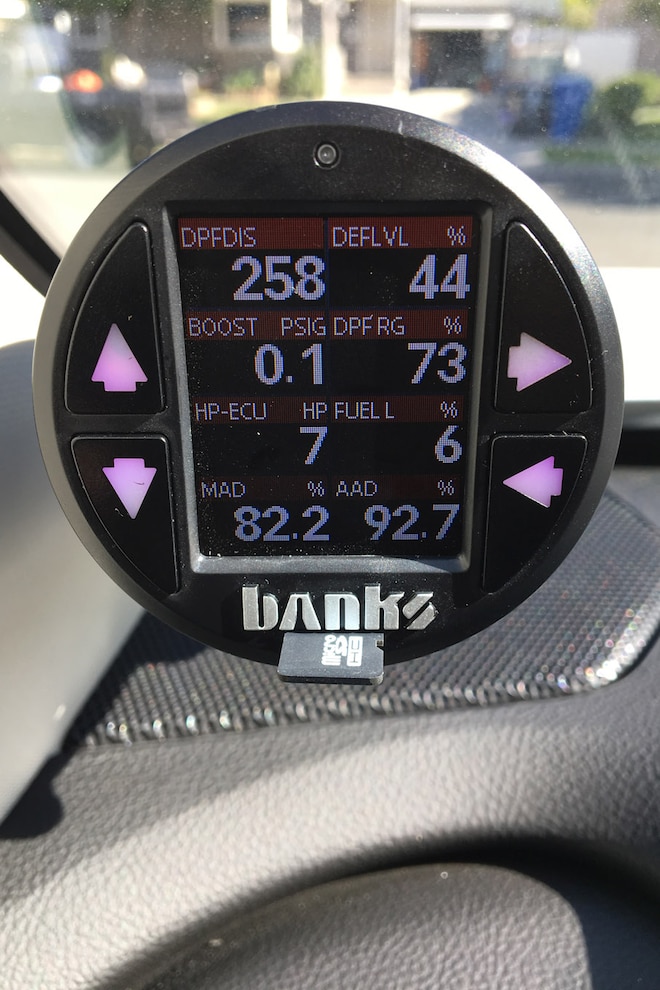 View Photo Gallery | 3 Photos
Photo 2/3   |   Particulate Matters Engaugement Party
With that being clarified, I have to admit Banks’ iDash 1.8 Super Gauge (there’s a Data Monster version, too) is a very powerful instrument that will quickly captivate most hard-core gearheads and automotive-data geeks like me. Why? Well, the answer is pretty simple. iDash is special because while the unit has the same physical gait of most single-value gauges (round, 2 1/16-inch diameter), it’s capable of monitoring, processing, and recording data, as well as displaying as many as eight user-selected values (for almost every engine parameter in a vehicle’s ECM) at one time.
I know there are other monitors in the space that theoretically “do the same thing.” Don’t get me wrong, they’re tried and true, very proven, and capable of doing many of the same things as the iDash (provide aforementioned ECM data, read diagnostic trouble codes, and so on).
However, the one thing the other instruments lack—and it’s an important quality—is the ability to calculate estimated engine- and vehicle-performance values with regard to ambient and boost air (stuff like ambient diesel horsepower potential per 1,000 cfm, ambient-, manifold-, and boost-air density, and more). If there’s another device out there like this one, with the same $279 to $379 price range (not higher-end standalone ECM and/or data-logger systems), I’m not familiar with it.
I consider this new data system a big deal, because it’s the brainchild of a man (Gale) who has one of the most diabolical minds ever when it comes to exploring new ways to manipulate air for increased horsepower and torque. This makes me really appreciate iDash 1.8 for its usefulness in the ECM-tuning realm. In most instances, dyno, street, and trackside diesel tuning is done through manipulating fueling (pressure) and, more importantly, injection timing. While the practice is standard and effective, it is typically performed without incorporating real-time hard data for air (pressure, density, temperature, altitude, and such). 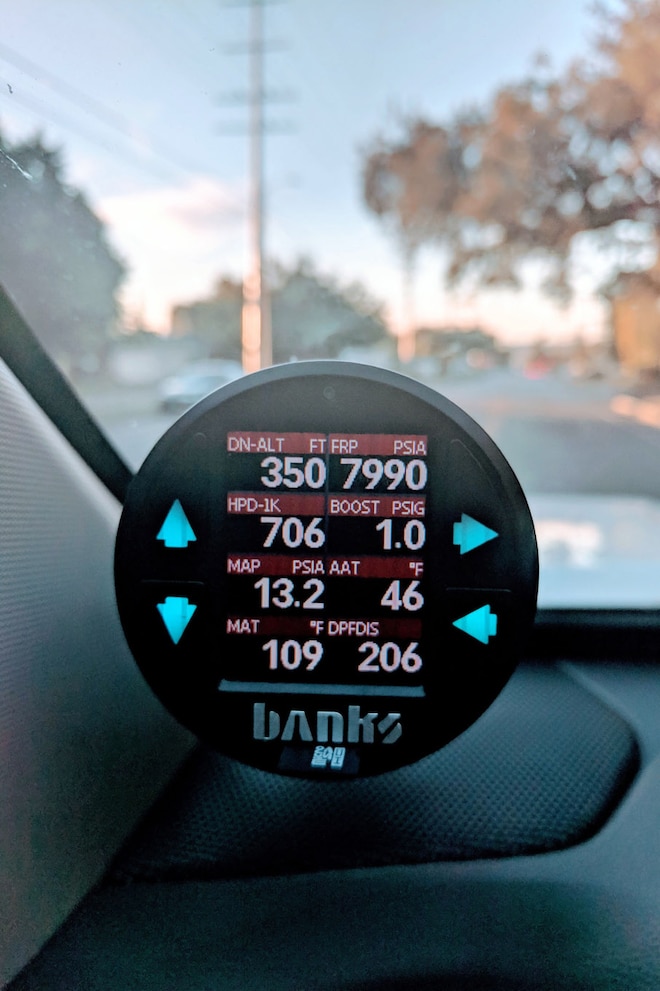 View Photo Gallery | 3 Photos
Photo 3/3   |   Particulate Matters Engaugement Party IDash Gauge
The new gauge’s ability to quickly process and log fueling data and other critical engine vitals and also provide real-time details about air being imposed on a powerplant gives tuners greater ability to calibrate ECMs to what could be absolute perfection, based on atmospheric conditions and the demand being placed on a diesel engine. Seriously, this thing could be a Godsend for Diesel Power Challenge competitors, or anyone trying to tune diesel engine in the high altitude of Denver, Colorado.
Of course, there’s other data-capturing coolness with iDash 1.8, such as its ability to monitor 23 different emissions parameters in our 2.8L ’16 Chevrolet Colorado (I dig the DPF Regeneration trigger), as well as report on turbocharger activity, exhaust temperature, and much more. The alert feature is very cool, too. It enables users to set as many as 20 minimum or maximum limits for such values as voltage, temperatures, speed, pressures, etc. Alerts are signaled by yellow warning screens, whenever a criteria surpasses or is below a desired threshold.
As I stated earlier, I believe I’ve started what will probably be a long, close relationship with the iDash 1.8—Data Monster edition. Thus far, experimenting with the gauge has been fun (it’s simple to install and very intuitive/easy to operate), and I know we’re definitely going to use it as the tool that Gale envisioned it to be: something that will help tuners push the diesel-performance envelope to new limits.