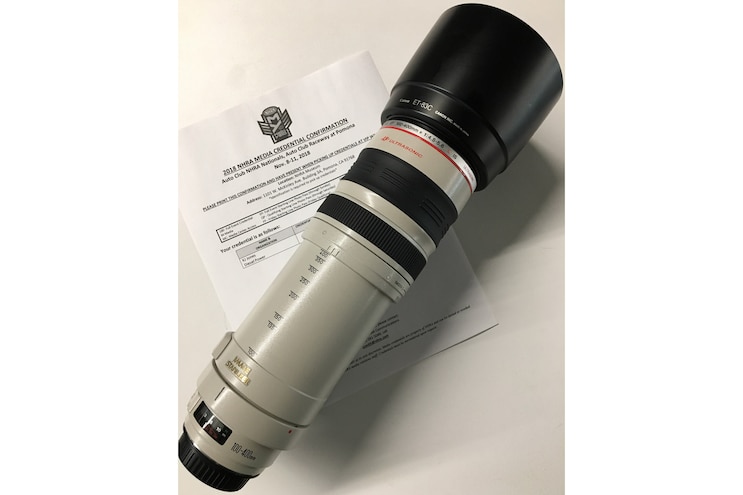 I must confess I’m a little late getting this column written, and my “Uptight KJ” alter ego is uncomfortable as all get out. While Particulate Matters is typically composed near the beginning of Diesel Power’s monthly production cycle, it’s now the end of the period and I’m finally putting fingers to keyboard to share my thoughts with you all.
The tardiness, while frustrating, is a bit of a good thing in this instance. Our team just knocked out another great year of wall-to-wall SEMA Show coverage (check out our content by using hashtag #MTSEMA18), and I’m pretty stoked about all the information we gathered and the photography captured during our week in Las Vegas.
Images…photos…and the .JPG, .BMP, and .PNG files most of us endearingly call “pics” highlight my comments this month. As print- and web-content creators, taking photos—“shooting pics”—is a big piece of our work puzzle, and sometimes, photography is more important than the words.
A confession: Despite all of this, taking photos and “getting the shot” is one aspect of my job I’ve never really been enamored with. Don’t get me wrong. Of course it’s something I do, and as these things go (not in a conceited way), I think I’m a fairly good photojournalist, having captured images that helped tell awesome stories, as well as graced covers (the most coveted photo position of any publication, for subject and photographer) of Diesel Power and other magazines over my 14 years in this business. 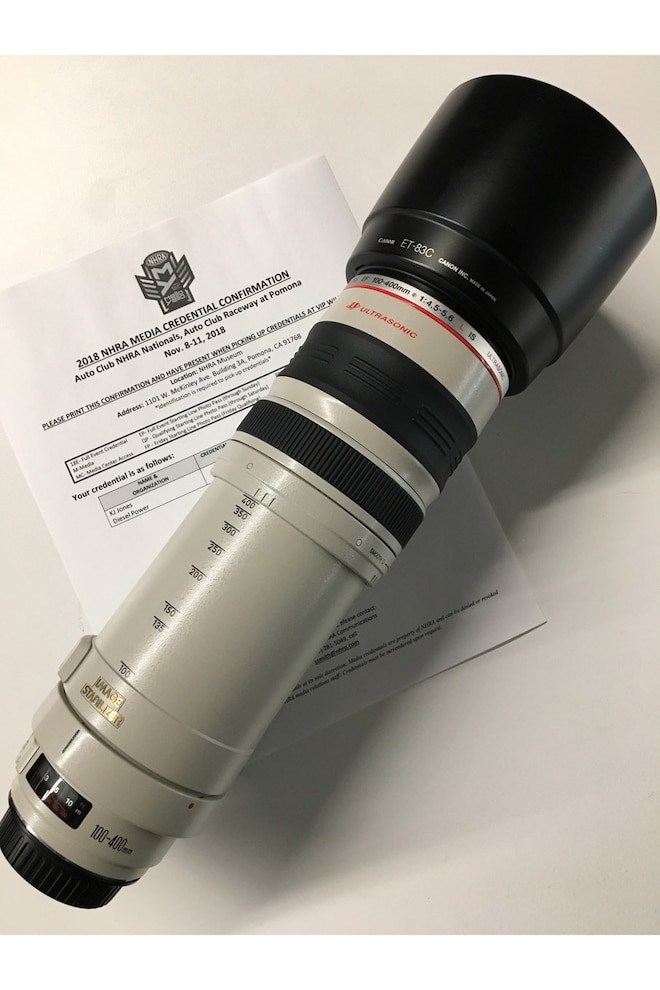 View Photo Gallery | 2 Photos
Photo 2/2   |   Words can’t describe the elation, excitement, and apprehension that hit me all at once when I received this 2018 NHRA media credential confirmation. After many years of photographing drag racing, my shot at the big time arrived, with the opportunity to shoot at the 2018 NHRA Mello Yello Championship Drag Racing Series’ Auto Club NHRA Nationals (World Finals) at Auto Club Raceway in Pomona, California. Me and the heavy artillery are ready!
But I’ve never really considered myself a true photographer, as I’d just as soon use my iPhone (and I have) to stop an image, before going with a traditional digital single-lens-reflex camera, or even my high-end Sony point-and-shoot, which, for many years, was my workhorse for detailed tech photography. Cell phones are great for selfies too, of course, and everybody loves a good selfie.
While I certainly won’t say all the newfangled, fancy equipment that’s used today (drones, and especially the full-body-traction-looking apparatuses that are currently all the rage) is unnecessary, I sometimes wonder whether all that gear truly makes a ginormous difference between photos I shoot “the simple way,” let’s say, with my Canon 5D SLR and wide or zoom lenses, and the rig that looks like it’s been screwed into the operator’s skull for stability.
I guess what I’m getting at is a lot of the badass images you see online and in print are the product of the photographer having what I like to call “a good eye,” an ability to tell a story through images. In the drag-racing scene, I appreciate the work of Amy Gilbert. Amy is Stainless Diesel’s First Lady, and she’s a gracious and valued contributor to this brand, providing images (shot primarily with a simple Nikon SLR camera) from Outlaw Diesel Super Series events that are always on point.
While on the surface, watching me, Amy, and other photographers shoot from alongside the walls at dragstrips might look easy, they’re probably the most challenging places from which to get compelling images. On the wall, there’s no such thing as a “best spot” to stand or kneel at, we often have to work against (more like fight) difficult sun glare, and finally, there’s professional courtesy we must remember and extend to each other, making conscious efforts to not block or hinder a fellow photog’s picture while still trying to secure our own money shot.
That’s going to be on my mind more than it ever has in my entire career, as I’ve been presented with a dream opportunity to shoot with some of the best motorsports photographers in the business, at the 2018 NHRA Mello Yello Championship Drag Racing Series’ Auto Club NHRA Nationals (World Finals) at Auto Club Raceway in Pomona, California. That’s right, 300-plus-mph Top Fuel dragsters and funny cars, 200-mph Pro Stock cars and motorcycles, and racers and cars in several different Lucas Oil Sportsman categories all flying by me and my camera...and iPhone. It’s the ultimate opportunity and, to the chagrin of esteemed colleagues or not, I’m determined to use the cell phone’s camera to take at least one cool shot of a 3,000hp dragster leaving the starting line…maybe it’ll be a selfie. That would be pretty epic.