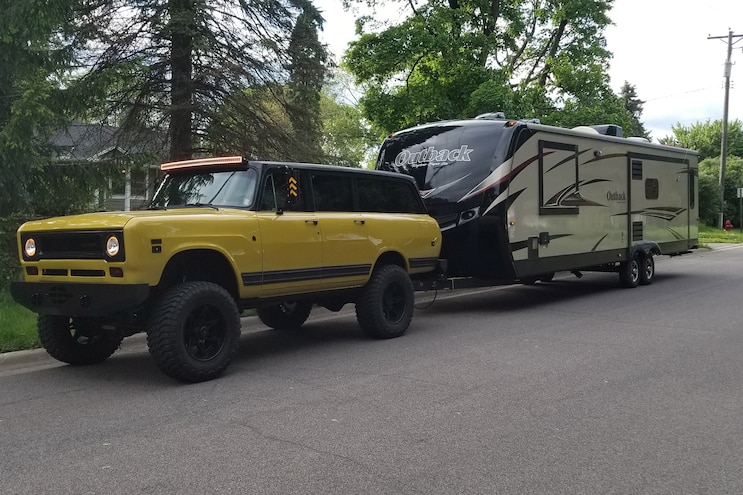 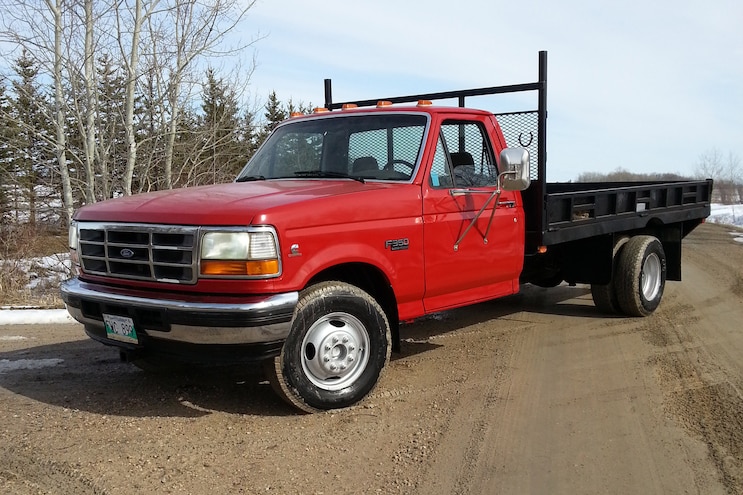 Year/Make/Model: ’92 Ford F-350
Owner: Phil Mcmurchy
Hometown: Selkirk, Manitoba, Canada
Engine: 5.9L Cummins I-6
Transmission: Getrag five-speed manual
Odometer: 392,000 kilometers (244,000 miles)
Fuel Economy: 15 to 18 mpg
Modifications: Cummins engine swap, converted from automatic to manual transmission, LED headlight bulbs, all interior and exterior lights converted to LED, killer dowel pin delete, brakes converted to hydro boost
Owner says: “This has always been a great truck for me, but the old 7.3L IDI and automatic transmission were a bit underpowered for my liking, so they were removed and replaced with a 5.9L Cummins engine and five-speed manual transmission. I’d like to give a very special thanks to John Y for performing the Cummins swap, painting the cab, and helping with the rest of the truck. This truck wouldn’t be as good as it is without him.” 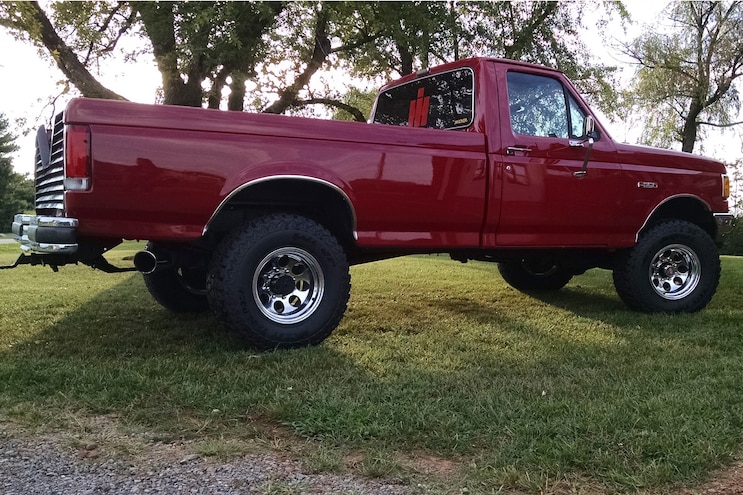 Year/Make/Model: ’89 Ford F-250
Owner: Dakota Byrd
Hometown: Moneta, Virginia
Engine: 7.3L IDI V-8
Transmission: ZF5 five-speed manual
Odometer: 320,000 miles on body (5,000 miles on engine)
Fuel Economy: 14 mpg
Modifications: Rebuilt ’93 IDI factory-turbocharged engine; R&D IDI Performance Stage 1 camshaft, Stage 1 injectors, and 90cc injection pump; Stage 1 drop-in BorgWarner S257 SX-E turbocharger; ARP cylinder-head studs; Comp Cams 910 valvesprings; Mishimoto intercooler; cold-air intake; 3-inch downpipe, 4-inch straight pipe, and 6-inch exhaust tip; leveling kit; 16x10 Ion Wheels; 305/70R16 Mickey Thompson Baja ATZ P3 tires; Kenwood radio; 3-gauge (EGT, boost, and voltage) A-pillar mount; custom lift pump with Caterpillar filters and a Holley Red Pump
Owner Says: “This truck was ordered by my dad’s best friend. I can remember riding in it in a car seat when I was little. It was parked in 2006 when he bought a new one. After it sat for four years, I acquired it (at 15 years old) as my first vehicle. I spent summers working long hours on a farm just to fix all the problems it had. I made the truck fairly reliable, and my dad and I worked together to paint it in time for me to drive it to my high school graduation. I later found a turbocharged ’93 engine that I started building into what it is now: loaded with all kinds of goodies. Even though the engine isn’t a Cummins, Duramax, or Power Stroke, I’m proud of what I have built with hard work and love of diesel power.” 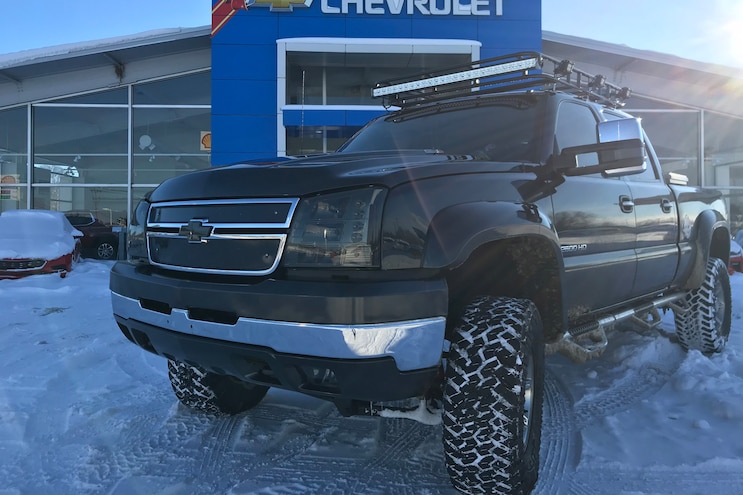 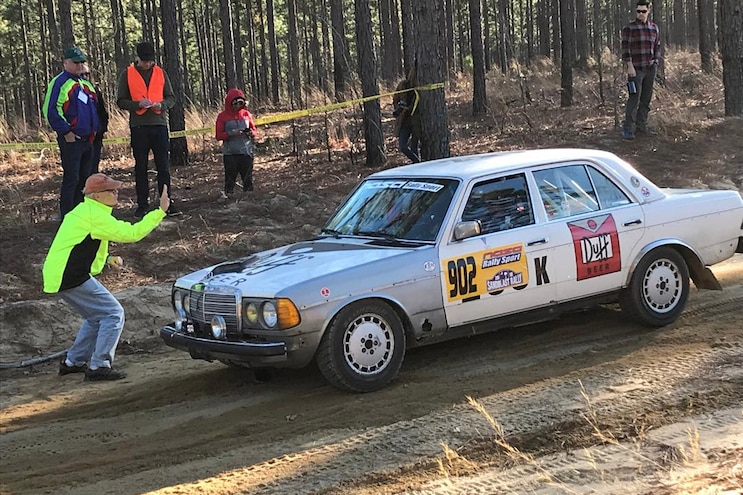 Year/Make/Model: ’81 Mercedes-Benz 240D
Owner: Charles Lankford
Hometown: Raleigh, North Carolina
Engine: 3L OM617 I-5
Transmission: Four-speed manual
Odometer: 250,000 miles on chassis (180,000 miles on engine)
Fuel Economy: N/A
Modifications: Rollcage, Mercedes-Benz 300TD engine swap (non-intercooled), gutted interior, 15-inch rally tires, 15-inch Mercedes-Benz wheels, large spotlight-style automotive lights on front bumper, 300TD oil cooler, Tarheel Sports Car Club magnets, Suburu GPS
Owner’s friend Pete Guthrie says: “This car is normally a 24 Hours of Lemons competitor and has placed well in its class. We decided to make it a stage rally car in 2017. After lots of work, my dad, some friends, and I had it converted. It completed the Sandblast Rally Race on its first time out. We got lost and received a DQ for a segment but were able to pull it together, get back in the race, and snag a Fourth Place finish. The car is not a rocket ship, but it is tough as nails. My buddy wants to modify the high-pressure injection pump; it is similar to a Cummins P-pump. We also want to weld the open rear differential. The GPS is used to get accurate speed and location. The car is completely street legal and gets driven to Cars & Coffee events. I really enjoy reading Diesel Power magazine and have spoken to KJ Jones personally at Rudy’s Performance Parts Fall Truck Jam.” 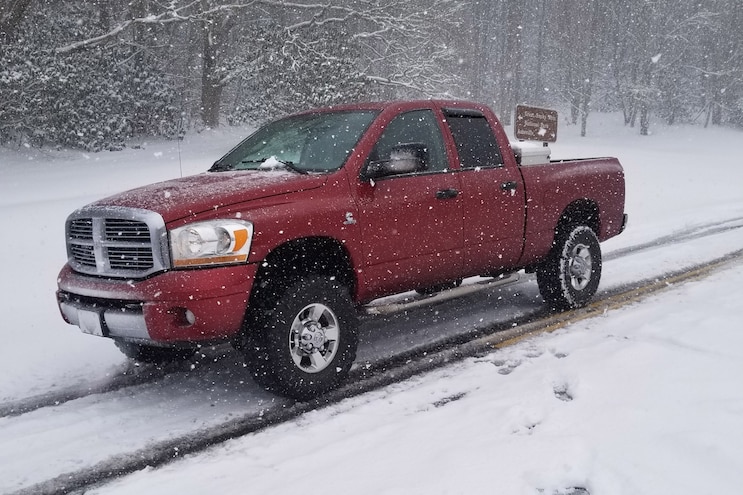 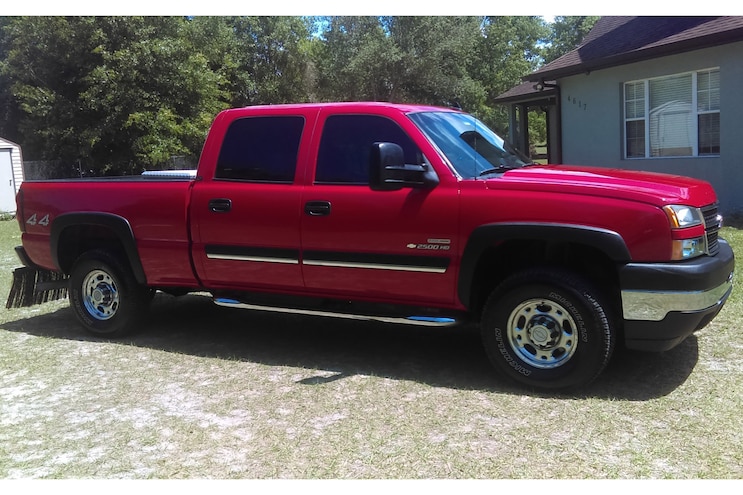 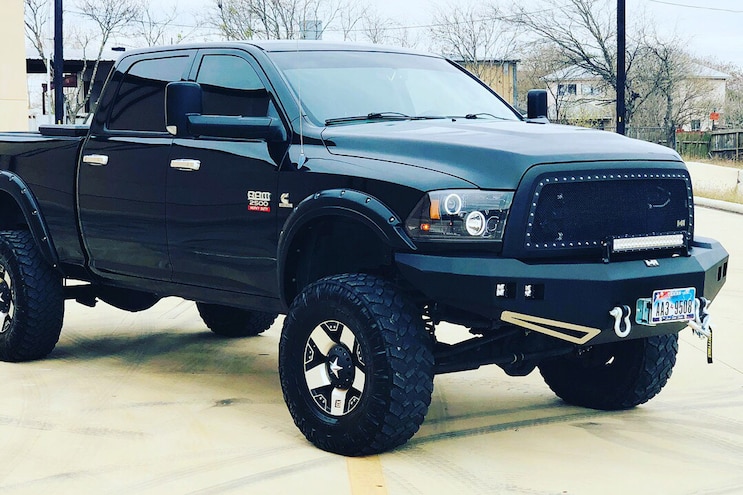