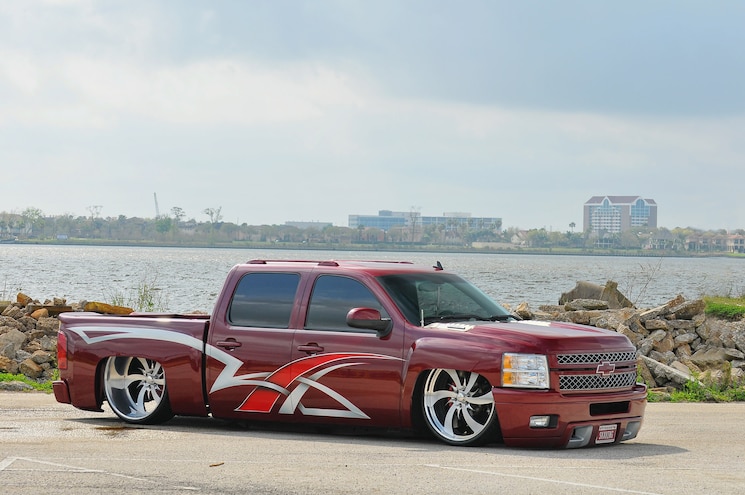 “Skating” is the term the younger generation uses when a truck is gracefully rolling down the street mere millimeters from the ground, thus giving the appearance of skating. At any given time on the streets of Houston, you’ll see fullsize trucks skating down the highway, Jose Llamas’ being one of them. Jose was born in Zacatecas, Mexico, in 1993. At seven years old, he came to Texas to be closer to his family. His uncle shaped his future by working on trucks and bringing a young Jose to local truck shows. 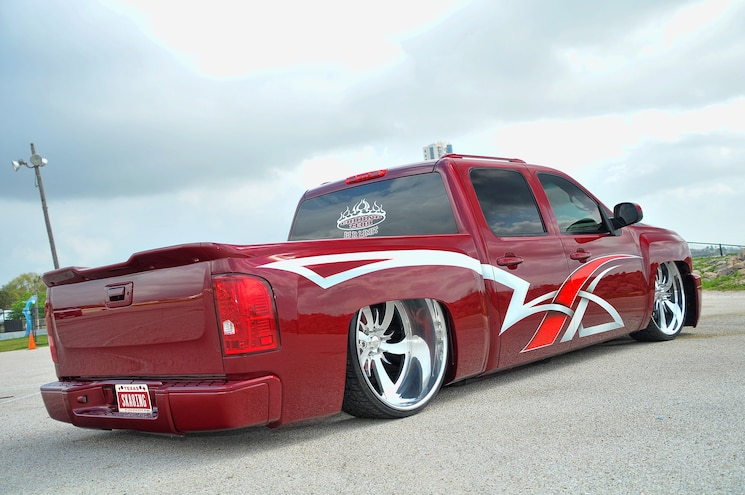 View Photo Gallery | 13 Photos
Photo 2/13   |   2007 Chevy Silverado Ska8ing Rear
In high school, Jose worked part time jobs and began saving up the funds to purchase his very own truck. That opportunity came after he graduated and purchased his first Chevy. Jose spent countless hours adding wheels and custom touches. Then, one day after leaving a movie theater, he found out the truck had been stolen from the parking lot. Although he was dejected, he simply would not give up.
He located a ’07 Chevy Silverado crew cab that was similar to his old one but much newer. He was able to purchase it from a friend for a good price and began a brand-new chapter. The new truck was stock but had some interior and exterior damage. But the potential was there. He started with a slight drop of 4 and 6 inches until he was able to gather enough money to bring it to All Star Customs in Alvin, Texas, for a full air ride. 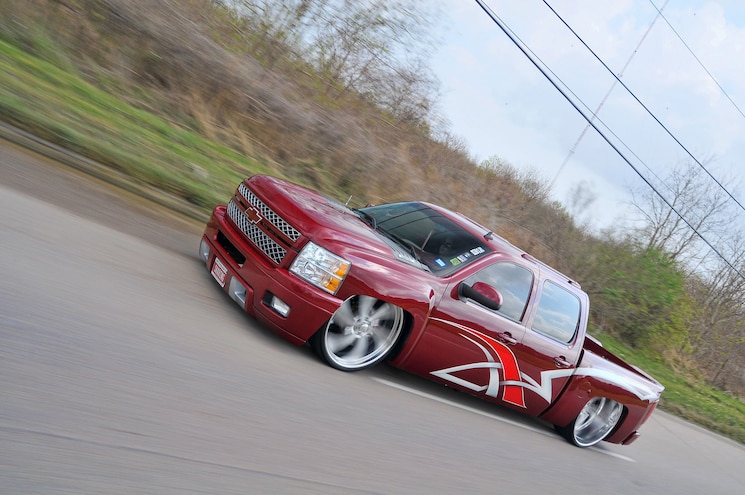 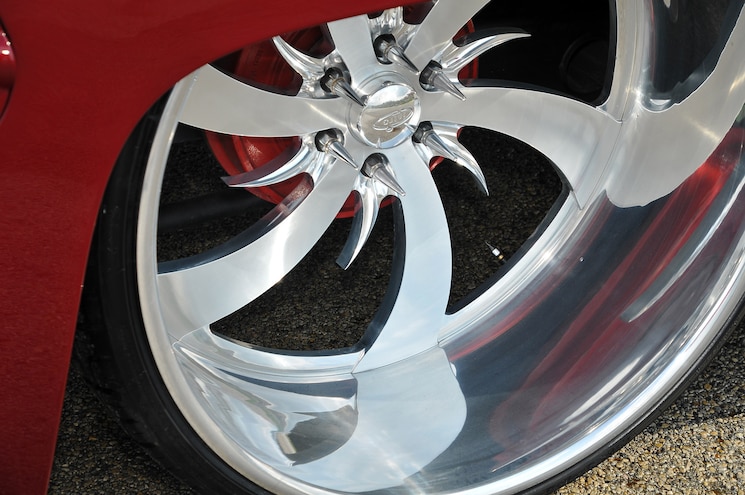 View Photo Gallery | 13 Photos
Photo 4/13   |   2007 Chevy Silverado Ska8ing Wheel
The next step was fixing the neglected interior and exterior by adding a custom touch. Jose drove to Prime Time Interiors, where the crew built a radical new cabin for the Chevy, including new leather seats with gator inserts, and a massive stereo setup through the center console. Once the interior was to his liking, Jose headed over to Houston for the color change. He’s always liked burgundy, so he found a perfect tint and had the paint experts at Mauricio’s Collision Repair and Body Work show off their talents. The last step for Jose was adding a set of 28s to the Silverado to complete the “skating” appeal. 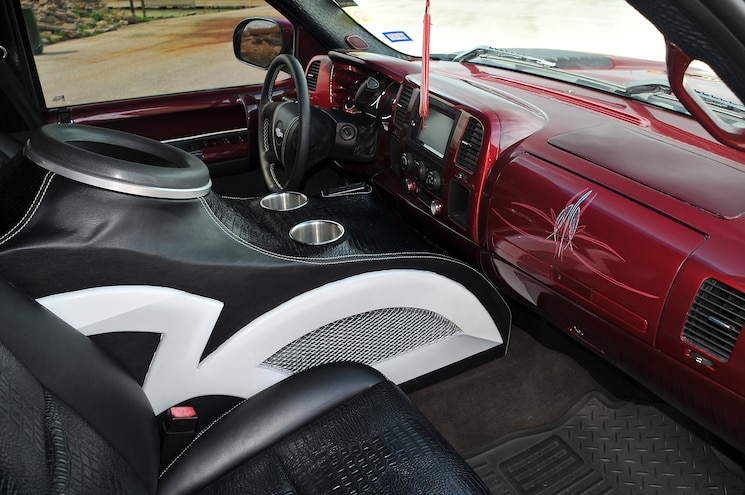 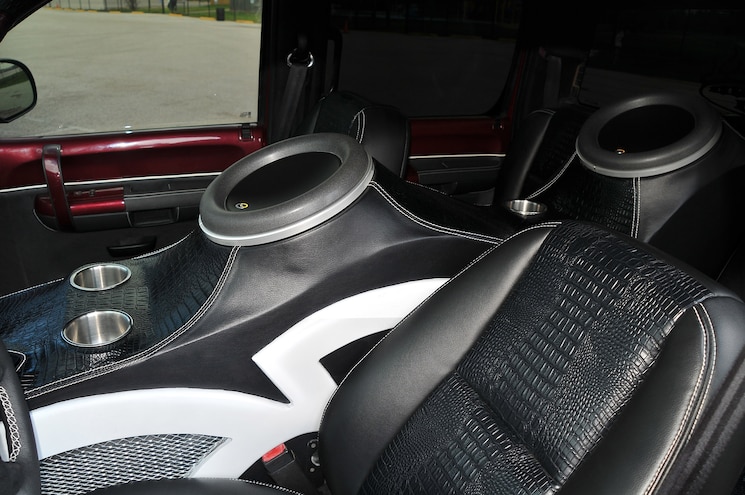 View Photo Gallery | 13 Photos
Photo 6/13   |   2007 Chevy Silverado Ska8ing Interior Seat
Most people would be reluctant to start over after their first attempt at building a customized truck was stolen—but not Jose. He embodies perseverance, which is demonstrated by him coming from Mexico and making a living in Houston. Nothing stops this guy. Jose wishes to thank his girlfriend, Nallely Lopez, for her support and her motivation as well as his loving parents, Gonzalo and Eva. They have kept him on the right path and made sure “Ska8ing” fulfills its name in the streets.