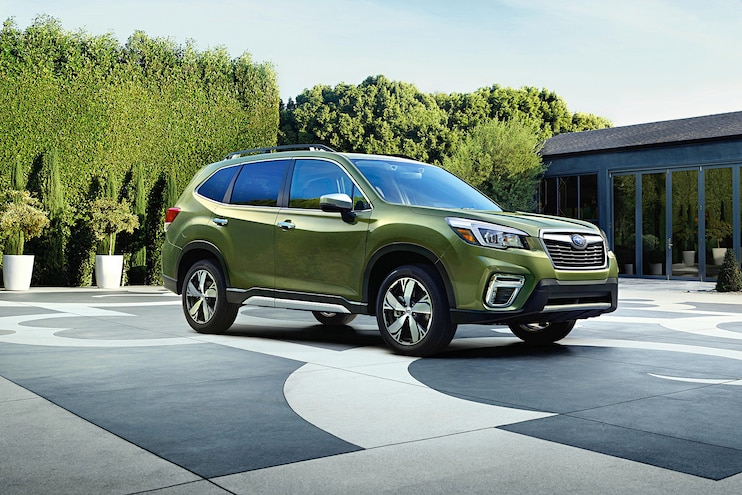 You could easily make snide remarks about the ’19 Subaru Forester—that it’s an ideal car for those who don’t care much for speed, fear foul weather, and prize practicality. There’s nothing wrong with that, except that you’re overlooking those who use their Forester to go skiing, snowboarding, mountain biking, hiking, camping, or kayaking. Either way, Forester buyers get their kicks from what they do, not what they drive. Their car is the ultimate lifestyle utility knife, which is why Subaru styling has always been the automotive equivalent of an earth shoe.
It also explains why the redesigned fifth-generation ’19 Forester’s roof can hold 700 pounds when parked, good enough to pitch a tent on and hold a couple occupants. And it’s also why the ’19 Forester no longer offers a manual transmission or a 250hp turbocharged engine option. Few Forester fans opted for them, so the redesigned model doesn’t have them.
Instead, Subaru builds on the traits that attracted more than 1.8 million buyers to the Forester since its inception and now accounts for more than a quarter of the automaker’s U.S. sales. Built on the new Subaru Global Platform, the ’19 Forester is slightly larger than its predecessor, with a 1.1-inch-longer wheelbase, although overall length has grown less than an inch. This allows for an additional 1.4 inches of rear-seat legroom and a 5-inch-wider rear door opening. Cargo space has grown 1.4 cubic feet from ’18, while the rear tailgate opening measures 51.2 inches, wide enough to fit a ’69 Subaru 360. 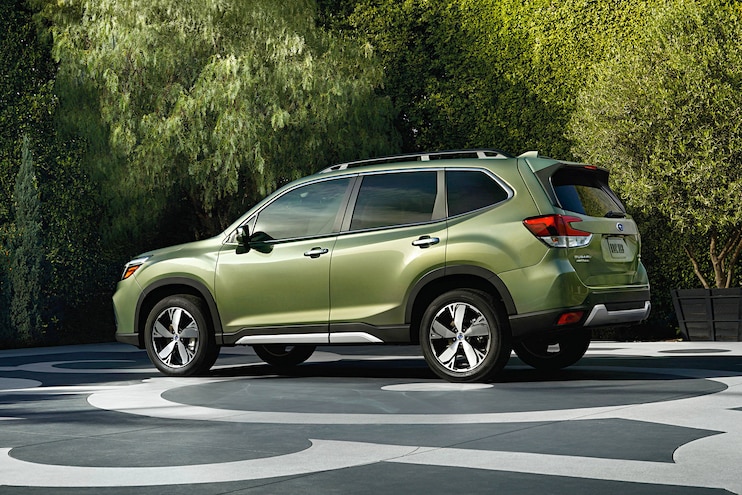 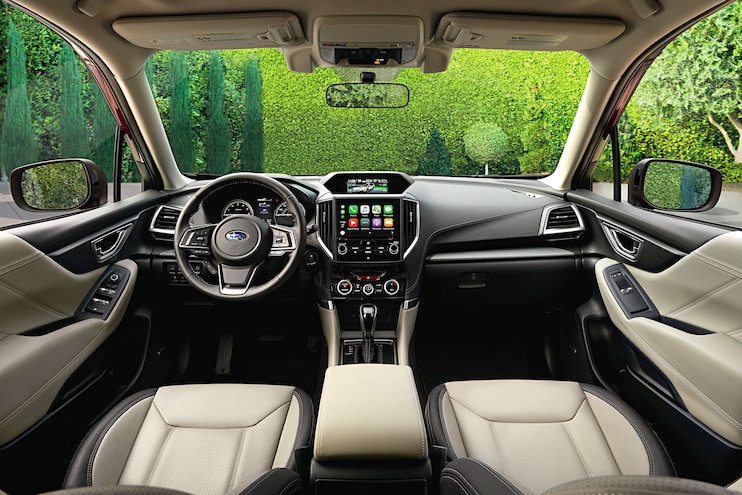 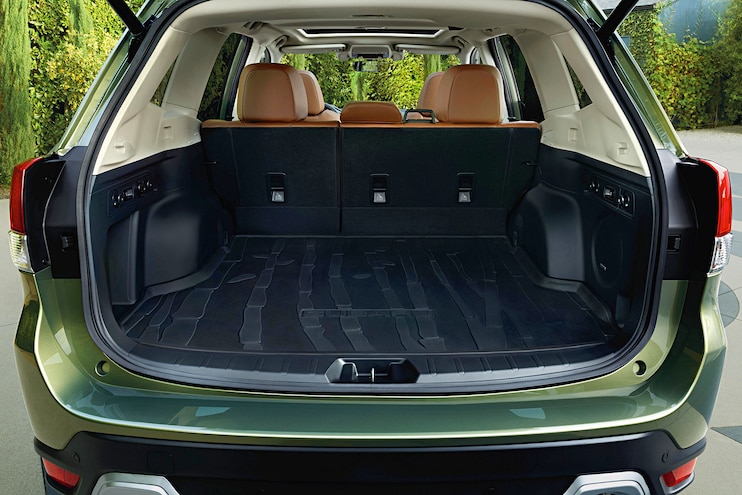 View Photo Gallery | 70 Photos
Photo 4/70   |   2019 Subaru Forester First Drive Trunk Space
Given the lack of driveline choices, the driver-selectable Subaru Intelligent Drive (SI-DRIVE) is appreciated. The system changes the vehicle’s throttle characteristics between “Intelligent,” geared for fuel economy, and “Sport,” which enhances throttle response. Forester Sport models get their own version of SI-DRIVE with an even more reactive “Sport Sharp” mode, different gearing, and a seven-speed manual mode with steering-wheel-mounted paddle shifters.
Once underway, you’ll notice the cabin is exceptionally quiet, except when you floor the throttle, which can be often. Power is adequate, with the responsive CVT making the most of the available output, despite some mild rubber band–like acceleration. Shifting to the gearbox’s Low mode improves engine response, although it runs 1,500-2,000 rpm higher, which hurts fuel economy. There’s a lot of initial throttle travel where nothing happens, although it’s lessened when shifted into L. And the transmission makes an odd clicking/metallic noise when shifting into or out of park. The Forester is a vehicle that’s at its best when not being rushed. However, the Sport model feels livelier, especially when the CVT is in seven-speed manual mode. So, yes, the Forester can be engaging and agile to drive. 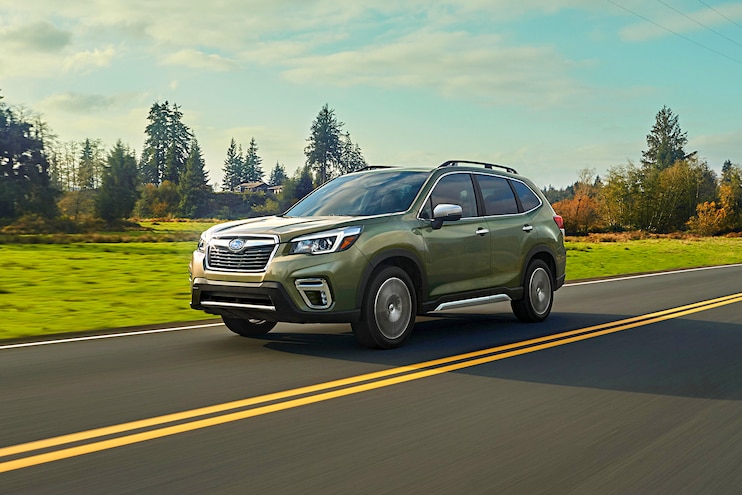 View Photo Gallery | 70 Photos
Photo 5/70   |   2019 Subaru Forester First Drive Front View
Body lean is noticeable but not excessive, and the ride is jiggly over bumps. It handles mild off-road trails well, but it’s no boulder-basher. And that bumpy ride becomes far more noticeable once the pavement ends. But these are quibbles for Forester fans.
So go on, sneer if you must.
The ’19 Subaru Forester builds on the qualities that made it the essential vehicle for so many families. It laughs at foul weather, scoffs at unimproved roads, smirks as it passes the gas pump, and smiles as it comfortably cossets your family, friends, and all of their lifestyle debris. Now who’s laughing?

- OF
By Larry Printz
1 Articles