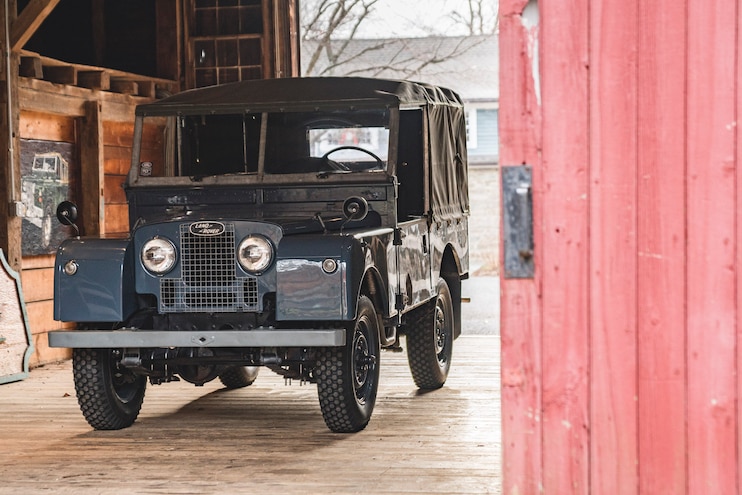 The Land Rover Defender is Britain’s counterpart to the Jeep; it’s a giant in the off-road world. And just as the Wrangler evolved from the Willys Jeep, the Defender grew out of Land Rover’s “Series” vehicles. A new generation of Defender is anticipated for ’21, and this time around it will go on sale in the United States. For a greater appreciation of this fact, let’s give it some context. One day, people will look back on the decades immediately after World War II as a golden period full of adventure and invention. Hey, let’s make that day today.
The 1950s saw the birth of rock and roll, development of the polio vaccine, the discovery of the double-helix structure of DNA, and passenger jets. The ’60s gave us the Beatles, the bikini, and the moon landings. And the ’70s, well, that was the era of disco, Star Wars, and the first video games, but Land Rover was well established by then.
The first Land Rover vehicle was actually conceived soon after World War II, in 1947. It was the brainchild of Maurice Wilks, a designer with the Rover car company (he was also involved in the development of the jet engine). Rover was more luxury than mainstream, not Bentley or Rolls-Royce levels, but similar to Jaguar (although never as sleek); the sort of car a top-level politician might have. This marque gave more than its name to the new venture, it also provided engines and transmissions. 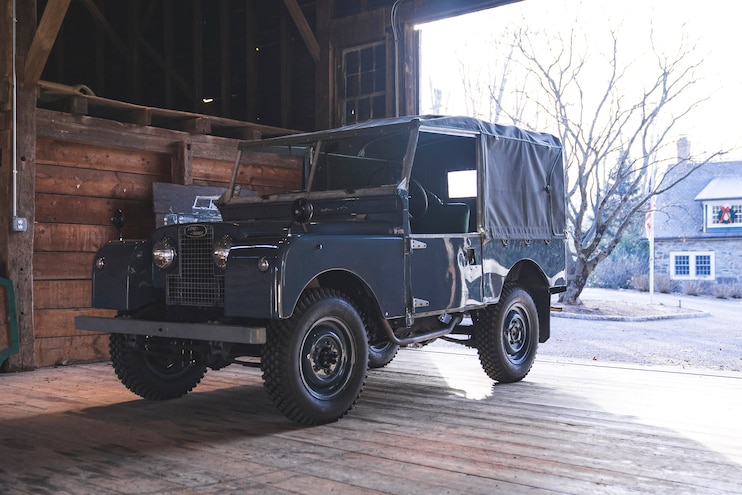 View Photo Gallery | 7 Photos
Photo 2/7   |   Truck Trend Legends Land Rover Defender
It was the American four-wheel-drive icon that served as inspiration for the original Land Rover. Wilks used a Jeep on the family farm in Wales (the westerly part of Britain that looks a bit like a pig’s head). The idea was to create something that was part tractor/part personal transportation. The first “sketch” was drawn in the sand of a Welsh beach.
Since the good Mr. Wilks is no longer with us (dying much too young at age 59), it’s impossible to know whether he was especially concerned with aesthetics or if he was being purely pragmatic when creating the Land Rover’s lines. He would have been aware that steel was in short supply, so he decided to go with more easily sourced aluminum and therefore chose shapes that could be accomplished easily with the tools of the time. The choice of colors was also limited by what was available through military surplus. Artisan or artist, the result is still iconic, with the peculiar charm that always accompanies the highly functional.
It also proved extremely popular. In its first year (1948), the Land Rover Series I was exported to more than 50 countries. The militaries of several nations (including Britain, naturally) became major customers. Although the prototype had a centrally located steering wheel and a power take-off to run farm machinery, the production version was simpler and laid out more conventionally. A roof—metal or fabric—was optional. 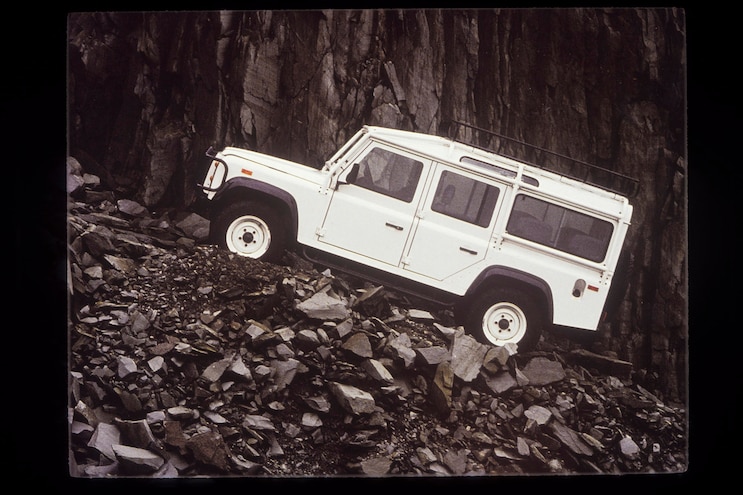 View Photo Gallery | 7 Photos
Photo 3/7   |   Truck Trend Legends Land Rover Defender Off Road
And so the adventures began. A group of six undergraduates from Britain’s most famous universities, Oxford and Cambridge, cooked up the crazy idea to become the first men to accomplish an overland expedition to Singapore. Keep in mind that there was no roadside assistance, often no roads at all, and no GPS. But there were bandits, head-hunting tribes, deserts, and thick jungle.
These intrepid men managed to obtain a pair of Land Rovers. They left London on September 1, 1955, and eventually reached Singapore on March 6, 1956, after a journey of around 18,000 miles. Two men in this squad also took part in a 1957/1958 expedition to South America.
It looked like nothing could stop a Land Rover. Even though the original plan was to produce it only for a few years while the fortunes of the Rover company’s car division were supposed to improve, the Land Rover became too successful to discontinue, soon spinning off into a brand of its own and adding a longer-wheelbase, station-wagon version to go with its initial short-wheelbase vehicle.
The Series II arrived in 1958 and aluminum was retained, thanks to its light weight and resistance to rust. The 4x4 world was still in its infancy: The Toyota Land Cruiser had yet to proliferate, and Land Rover was the dominant player in places like Australia, Africa, and the Middle East. There were ambulance models, fire engines, pickup versions, and even one with “tank” tracks. The Series IIA and IIB Land Rovers were followed by the Series III, which takes us into the mid-1980s. 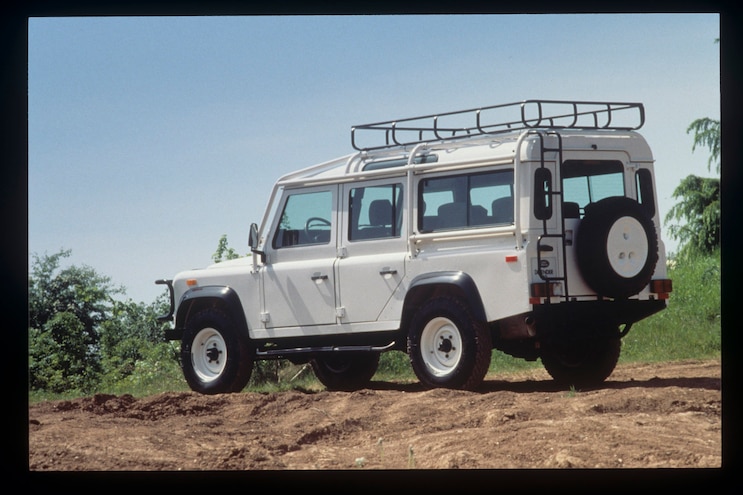 View Photo Gallery | 7 Photos
Photo 4/7   |   Truck Trend Legends Land Rover Defender
During this time, Land Rover vehicles (including the Discovery, Freelander, and Range Rover) participated in the annual Camel Trophy (1980-1998) that took place in some of the world’s most remote locations, with the toughest challenges any off-roader could ever face. The Land Rover company emerged all the stronger and with an enormous amount of expertise.
The Defender name was introduced in 1990. And even when production ceased in 2016, it was still mostly handbuilt, with each example taking around 56 hours to produce.
Unlike the Range Rover, the Land Rover Defender and its predecessors come without society baggage. Famous owners include Sir Paul McCartney and Queen Elizabeth II, but it’s just as likely to be the wheels of choice for a sheep farmer in Scotland or a wildlife conservationist in Tanzania.
Land Rover has seen some changes of ownership over the years. The current proprietor is the Indian conglomerate Tata, which also owns Jaguar. This is arguably the best thing to happen to both marques for decades, providing the financial resources for new vehicles, new tooling, and new approaches. The new Defender starts out with a fighting chance. What it needs are fresh challenges to conquer.