Built to Fight to the End 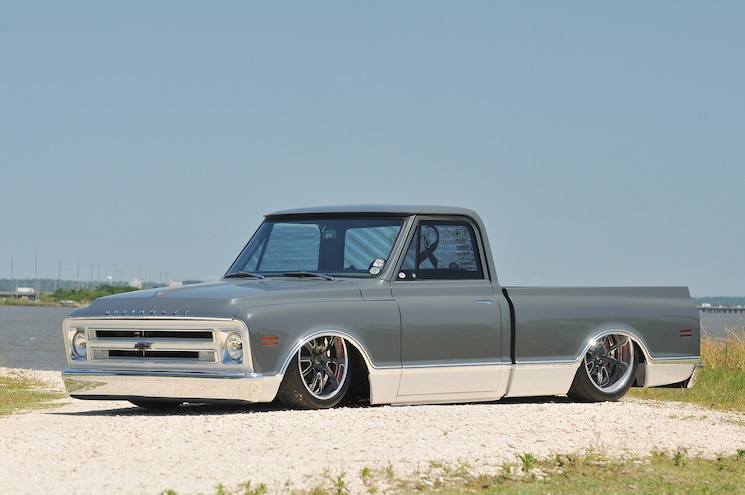 Part of what makes the truck culture so unique is the passion behind each build. The recipe that allows the truck community to maintain such a high level of success can be attributed to the stories behind each custom truck project. One such story comes in the form of a life-battling disease that catapulted a stock C10 to greatness. Lonnie Thompson of Carolina Kustoms in Portland, Oregon, first opened his shop in 2001 with his brother John. A customer brought in a ’68 Chevy C10, but with all the custom additions he wanted, he couldn’t afford the bill and ended up selling the classic to Lonnie and his brother. 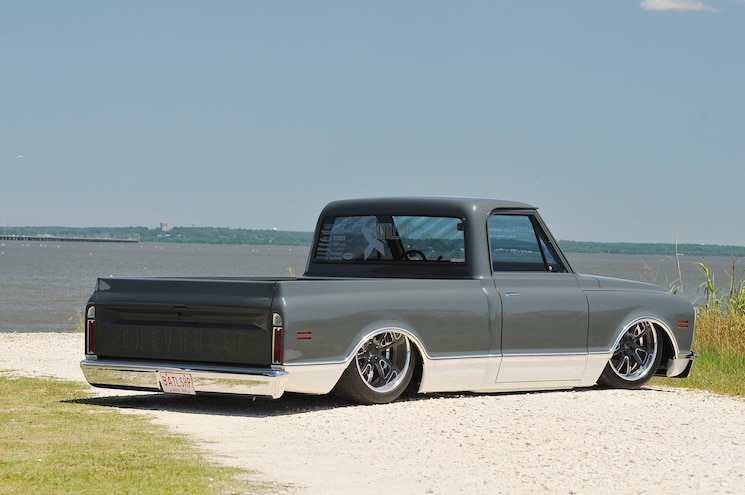 View Photo Gallery | 13 Photos
Photo 2/13   |   Battleship 1969 Chevy C10 Rear
While the brothers were continuing to build the Chevy, John was diagnosed with Stage 4 colon cancer and began to deteriorate quickly, eventually losing his battle around Christmas of 2015. Lonnie’s passion began to change, and his motivation to finish the Chevy became even stronger. With the help of his two sons, Dennis and Dakota, the entire frame was stripped and prepared for the PPG Lamborghini Grigio Lynx Metallic paint. Lonnie added a full air-ride suspension using Slam Specialties airbags. During the build, he just kept staring at the front end and thought something was missing. “I just wasn’t feeling the stock ’69 front end,” Lonnie tells Truckin. “I wanted to change it up a bit.” Lonnie contacted his friend Rick at Chevy Metal and got a ’68 front end and mounted it for a nice change. 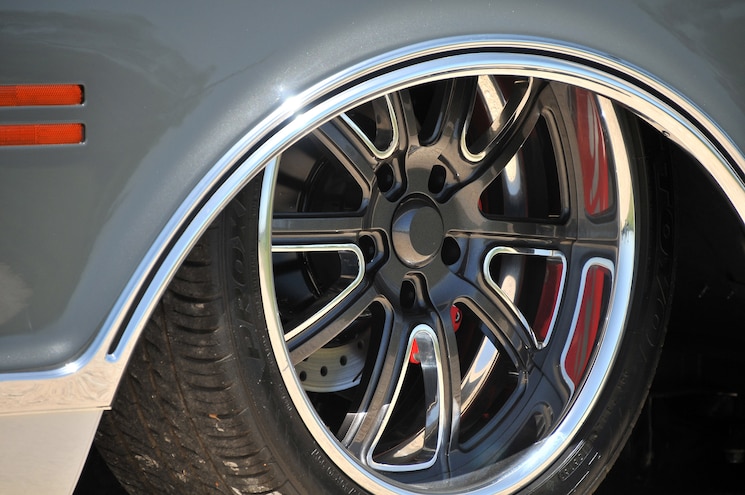 View Photo Gallery | 13 Photos
Photo 3/13   |   Battleship 1969 Chevy C10 Wheel
Although the already sharp and sleek bodylines maintained their factory shape, a number of subtle additions stand out, like the Kindig door handles that sit flush with the doors and the Dakota Digital LED lights with Fesler-built lenses and housings. The one-off marker lights front and back as well as the raised Birdseye maple wood bed floor from Brent at Brentwood Designs are some of the more noticeable additions to the Chevy. For the interior, Lonnie and Jim’s Customs added a black and gray bomber leather seat mixture with ringlet detail that complements the colors of the Chevy. Dakota Digital gauges and a completely hidden Rockford Fosgate audio system finish up the perfectly crafted cabin. 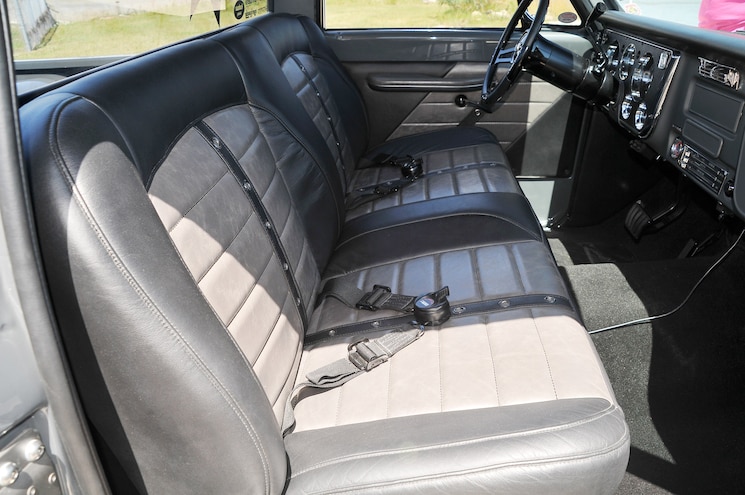 View Photo Gallery | 13 Photos
Photo 4/13   |   Battleship 1969 Chevy C10 Interior
The comprehensive build was turning out perfectly, but the one part left untouched to this point was under the hood. Lonnie wanted to create something truly unique, so he found a ’14 6.0L and added LS3 heads. The six-speed automatic transmission was added, but he realized the cam needed to be changed to make it work. With the help of his friend Tom at Wong’s Performance he was able to perform the cam swap to make it run flawlessly. View Photo Gallery | 13 Photos
Photo 5/13   |   Battleship 1969 Chevy C10 Engine
During the build, Lonnie talked to a friend who served in the military and was also suffering from cancer. He told Lonnie they would “fight until it sank,” which gave him a perfect name for the truck. He would name the Chevy C10 Battleship because it was simply built to fight to the very end. As Carolina Kustoms began expanding and Lonnie simply didn’t have time to show the truck and raise awareness for the fight, he passed the torch to Chris Porter from Toy Barn who now travels all over the country showing off the complete build that was created from the heart. Chris maintains a close relationship with Lonnie and loves telling stories about every award Battleship has won.