Two Bodies Get a Second Act 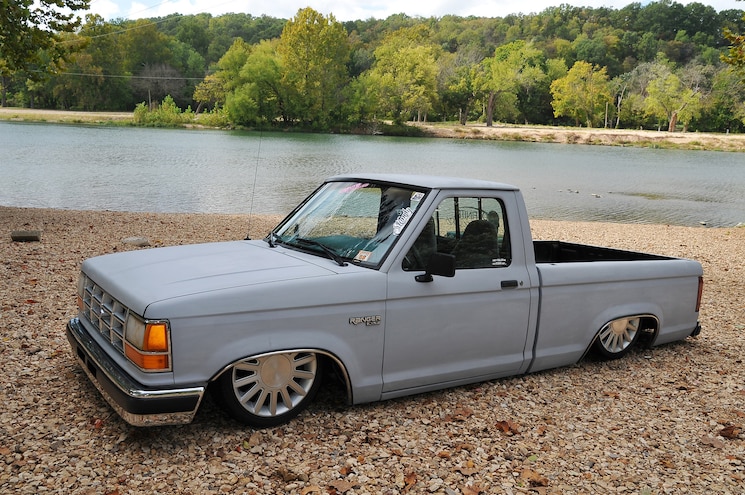 In the truck culture, it often takes a “donor” truck to complete a custom build. A donor truck is a shell or frame of a truck that’s used to fill in for the missing or broken parts from an original truck. Angie Dry of Grove, Oklahoma, had absolutely no intention of ever needing a donor truck for anything. She has stuck with brand loyalty since day one of getting involved with mini-trucks. “Back in 2010, I bought my first truck, an ’85 Ford Ranger,” she tells Truckin. “I loved the lines, the body, and the way it felt.” It took her three tries to convince the owner to sell it, but when she finally got it home, she realized the whole top, bottom of the doorframes, and fenders were completely eaten up by rust. 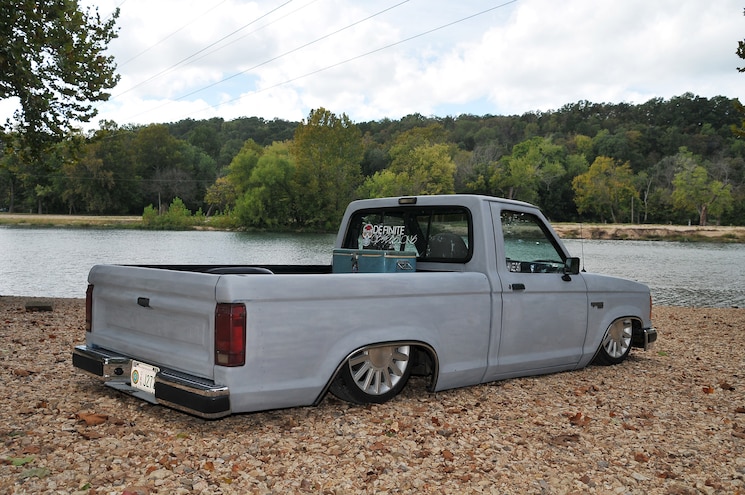 View Photo Gallery | 5 Photos
Photo 2/5   |   Busted Knuckles Second Chance Rear
Angela set out to keep the life in her ’85 but make it safe enough for her to customize. In a field in Inola, Oklahoma, she found a non-running ’92 Ford Ranger. The ’85 frame was carefully removed and her good friend Travis Hubbard added a Toyota front clip to rid the body of the I-beams so she wouldn’t have any camber. From there, it got messy with Angela enlisting two different shops before finding Chris Eaton, who corrected the errors of the first two shops. One of the shops cut the wires from the motor, so everything had to be completely rewired to get it running. 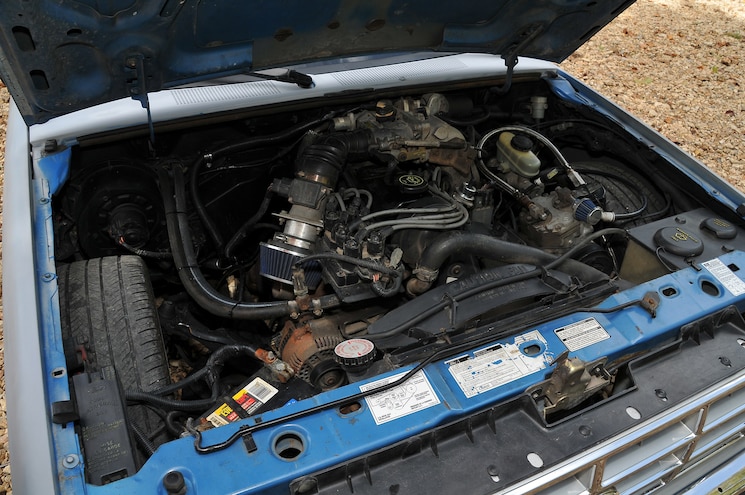 View Photo Gallery | 5 Photos
Photo 3/5   |   Busted Knuckles Second Chance Engine
Angela asked to learn more about the bodywork so Chris began teaching her and letting her do the welding and cutting and fixing rust throughout the body. Now that the body was flawless and symmetrical, it was time to bring her down to the ground. Once the body drop was performed, the bed floor was raised to avoid cutting a hole in the bed. The transmission tunnel had to be modified, and the frame was cut to fit properly. 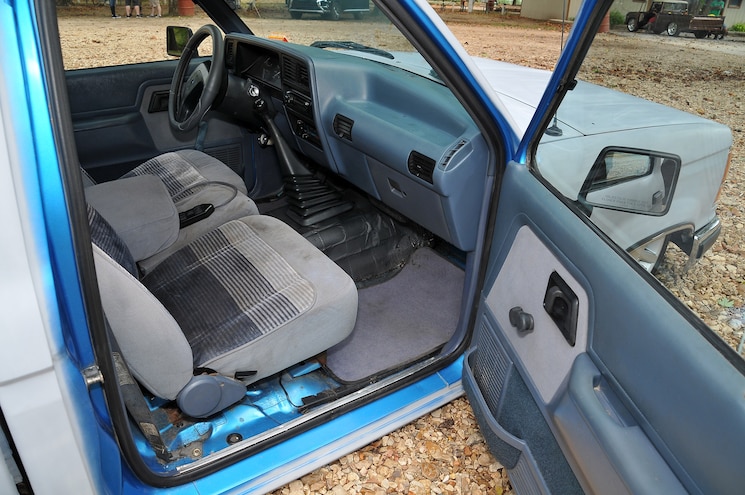 View Photo Gallery | 5 Photos
Photo 4/5   |   Busted Knuckles Second Chance Interior
Angela wishes to thank Chris Eaton, whom she calls her brother, for the guidance and expertise he instilled in her to steer the Ranger in the right direction. Second Chance was fortunate enough to carry over the best of two Ford Rangers, starting with the ’85 frame and finishing with the solid ’92 bones. As a member of Definite Obsessions, Angela’s standards remain high and her future plans will definitely set her above the standard Ranger builds. 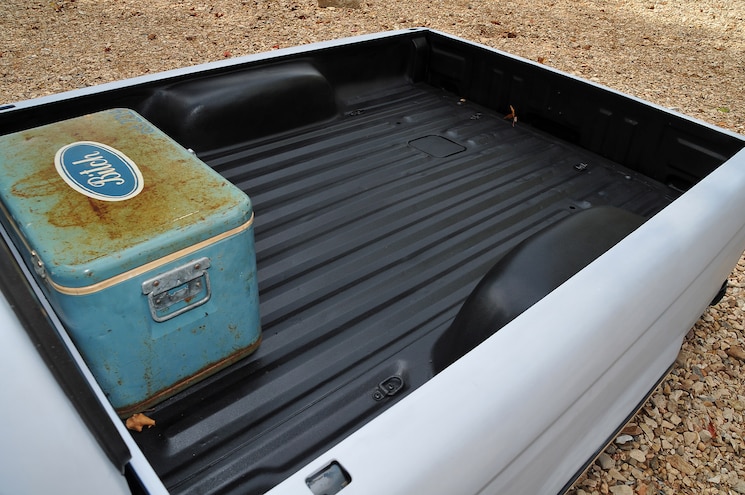