A Family Invested in Building 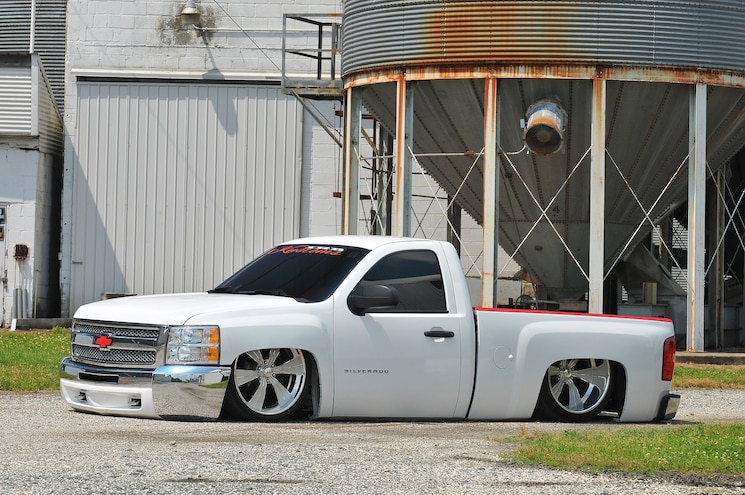 Brandi Gentner of Lewes, Delaware, was raised by her father and grew up loving and knowing all about cars and trucks. In her small neighborhood, she knew a couple of guys in a truck club called Low Rollers. Their trucks weren’t radical, but for a young impressionable girl, anything custom was radical.
At 15, Brandi’s life changed for the better when she drove with some friends to a gas station. It was there she met and fell in love with her husband Rich. “I remember this guy pulling up in a custom purple Nissan truck,” Brandi tells Truckin. “I used the truck as an excuse to start a conversation.” A year later, with her father’s permission, Brandi was married to Rich, and her truck passion spiked. 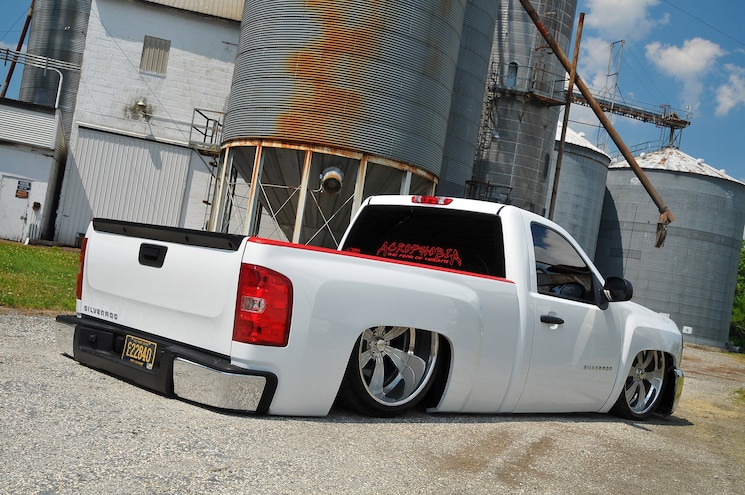 View Photo Gallery | 13 Photos
Photo 2/13   |   2013 Chevy Silverado 1500 The Low Roller Rear 3q
She first purchased a family car, an Oldsmobile Cutlass, but that didn’t last long because the motor blew within the first year. From there, she bought a Nissan Maxima, which was unfortunately involved in an accident. At that point, Brandi decided to take some time away from the custom vehicle world and focus on her growing family. “I’d say I took about eight years away from the scene,” Brandi adds, “but like any good thing, it drew me right back in.”
Around the same time, Rich opened a custom truck shop called IRB Kustoms in Harbeson, Delaware, and purchased a new truck to showcase his custom work. He soon became a member of the national truck club Acrophobia, and once the chapters heard there was a shop in that region owned by a member, his business got even better. Another club member from Rhode Island had recently purchased a ’13 Chevy Silverado and shipped it to Rich’s shop for a stock floor body drop. While it was in the shop, the owner lost interest in the build and offered to sell the truck to Rich. With Brandi on board, Rich agreed to buy it and continue the build for her. 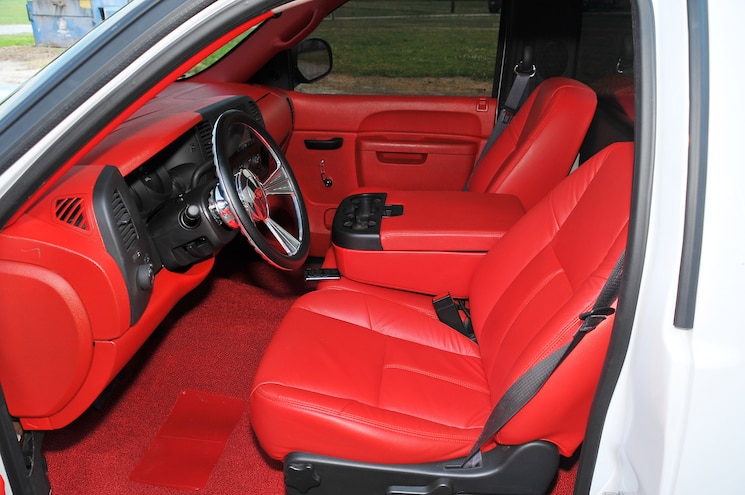 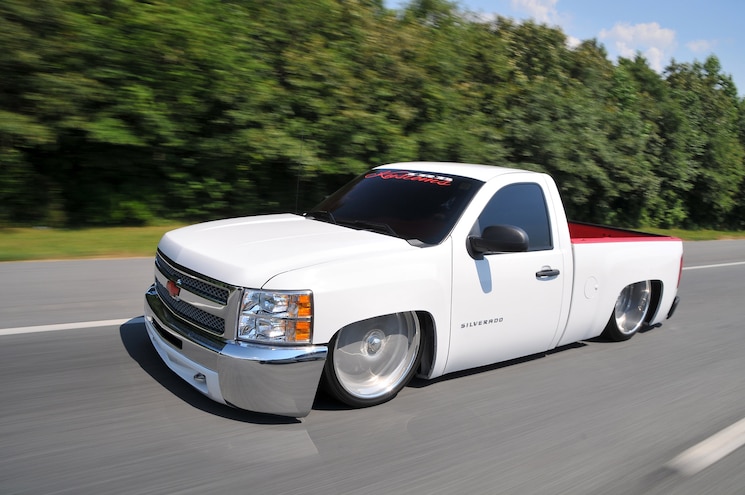 View Photo Gallery | 13 Photos
Photo 4/13   |   2013 Chevy Silverado 1500 The Low Roller Drive
While Rich was bringing the truck down to the ground with the body drop, Brandi and her four children began adding custom touches. “I’d say the entire family had their hands on this truck at some point,” a proud Brandi says. “They all helped make it what it is today.” The entire cabin was gutted and reupholstered in rich red leather along with the doors, carpet, and dashboard. The emblems were painted to match the red, and the bedliner was coated in red Line-X for the final touch. 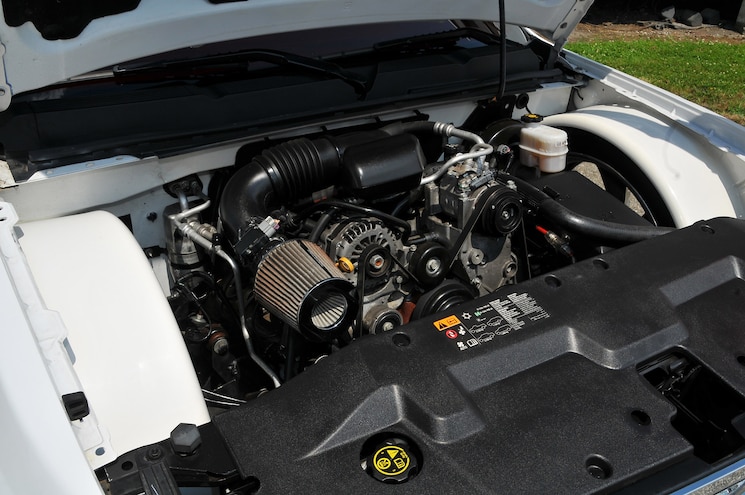 View Photo Gallery | 13 Photos
Photo 5/13   |   2013 Chevy Silverado 1500 The Low Roller Engine
Brandi credits that one moment at the gas station in the middle of the night to catapulting her life in the right direction. Although she was only 16 when she married Rich, the two have spent the last 21 years happily focused on their family and business. She wishes to thank her loving children, Calia, Jozelynn, Casondra, and Richy, for all their help and patience as well as Rob Sanford, Jeff Wooten, and Cliff Somers for their help in the shop. As proud Acrophobia members, Brandi and Rich can ride in their custom body-dropped trucks like a true family together.