Ramble On – Calling All Titans and Paying It Forward 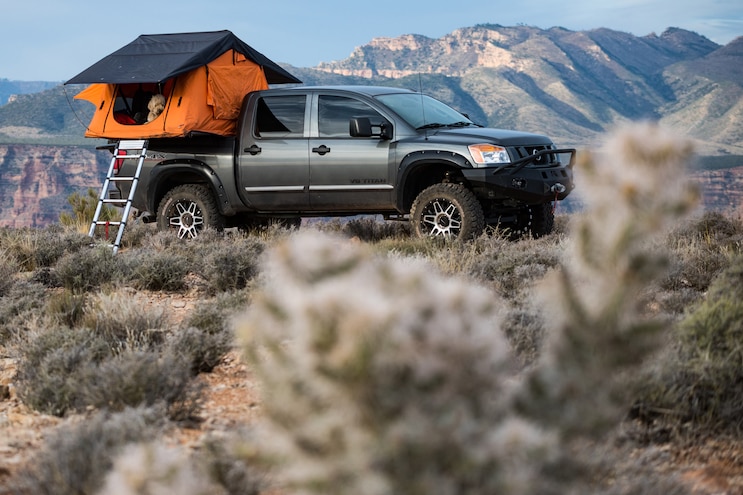 You may have noticed that Nissan is on a bit of a humanitarian kick lately, building specially customized Titans for the American Red Cross and Habitat For Humanity as part of its “Calling All Titans” marketing campaign. The nexus between these special projects and “Calling All Titans” is that Nissan wants to empower owners of the fullsize truck to give back to their communities in meaningful ways.
One such owner is Mylo Fowler, a landscape photographer based in the Salt Lake City area who owns a 2012 Nissan Titan Pro-4X and a 2006 Nissan Armada. He’s had the Armada for several years, racking up 220,000 miles as his family’s bug-out rig, thanks to a 6-inch suspension lift and a long list of camping and cargo accessories. The Titan, however, is gradually supplanting that Armada, kitted out with a TetonX camp trailer, Tepui tent mounted in the bed, and desert-ready General Grabber red-letter tires. 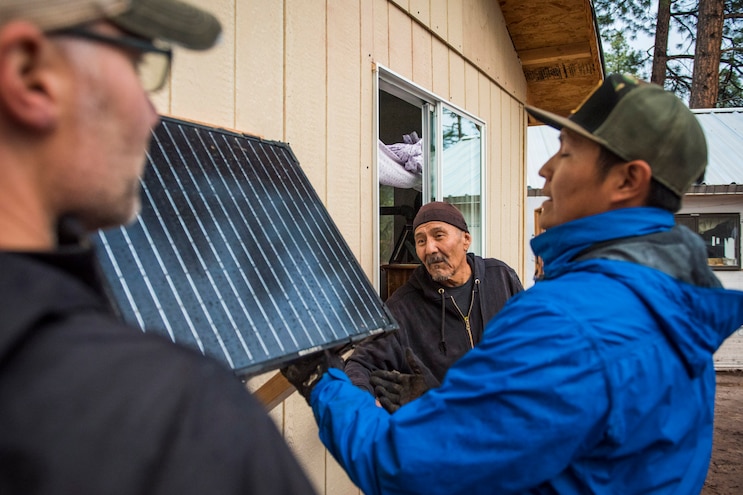 View Photo Gallery | 3 Photos
Photo 2/3   |   Mylo Fowler uses his 2012 Nissan Titan Pro-4X to access remote Navajo communities, where he partners with energy charities to provide locals with solar panels and in-home electric lights.
In the last few years, Mylo’s uses for the truck have strayed a bit beyond recreational camping. You see, he was born and raised in a Northern Arizona Navajo community, and he understands how difficult daily life can be in some of those most remote towns. He himself spent his high school years doing homework by the light of a kerosene lamp or next to the fire, simply because there just wasn’t the infrastructure in place to bring electricity to some of the neighborhoods.
That’s one reason why Mylo started collaborating with Eagle Energy and Goal Zero to bring solar-powered energy independence to the Navajo Nation. In October 2018, the teams were able to bring light to 42 homes within and around Chinle, Arizona, near the stunningly beautiful Canyon de Chelly.
“There’s a special place in my heart to light homes on Navajo land, to focus on homes that might never get electricity, even though it’s 2019,” Mylo says. “So now, what I do is use my truck to get out to all these places with solar panels, cables, batteries, and lights. It’s amazing when you see someone push a button and realize they’re not going to have to worry about having light at night, or they’re not going to have to run in their truck for a few minutes to charge their cell phones.” 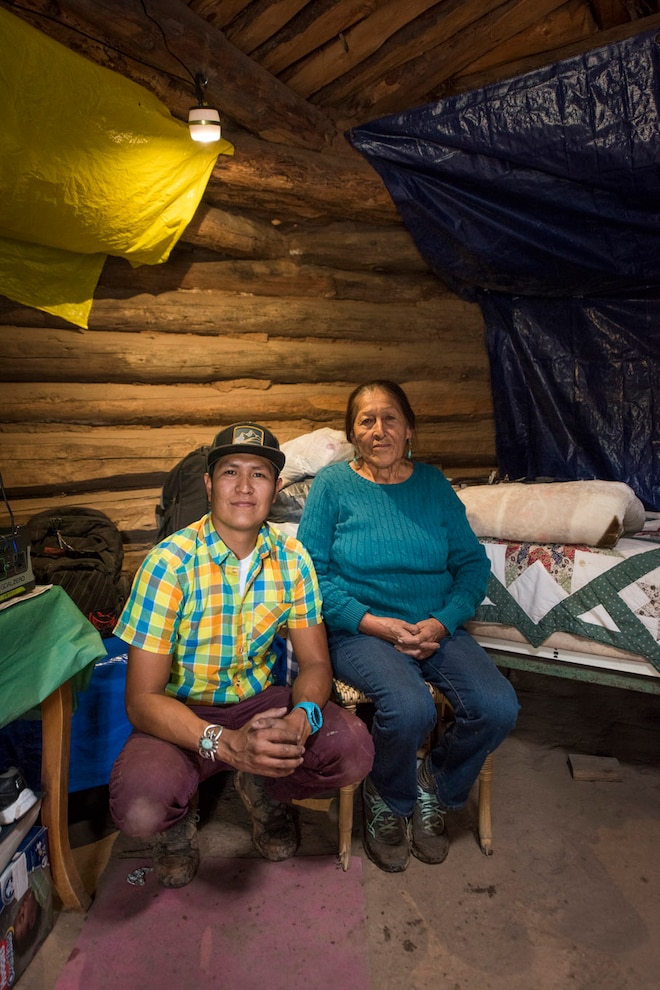 View Photo Gallery | 3 Photos
Photo 3/3   |   Ramble On Calling All Titans And Paying It Forward
The team is going further than just light and illumination, however.
Mylo again: “One of my upcoming projects is going to be something we’ve never done. We’re going to have a larger solar panel and a larger battery that’ll have enough power for a mini-fridge, and it’s going to the home of a grandmother who is raising her grandkids and needs a place to keep her medicine properly refrigerated.” And because she’s raising these kids, the mini-fridge will help the family keep healthy snacks on hand and ready to eat.
Mylo is but one member of the Calling All Titans campaign. For example, Nashville’s News Channel 5 uses its Storm 5 Titan to educate schoolchildren on weather science, help community members program emergency radios, and assist communities recovering from extreme weather events. Other “titans of the community” use their trucks to donate supplies, raise funds, and expand awareness of groups like the National Parks Foundation, the United Way, and local schools and charities.
Nissan is happy to help others—whether or not they own a Titan—contribute to its signature charities: Habitat for Humanity, the American Red Cross, and the National Parks Foundation. For more on the campaign, check out CallingAllTitans.com.