Road Trip! Cruising Up California’s Highway 1 in a 2019 Nissan Kicks

Getting Our Kicks and Having Fun… 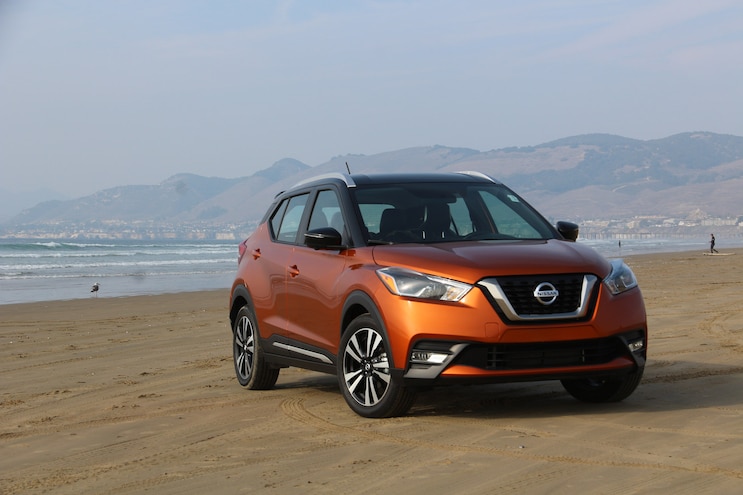 The year was 1946. The Great Depression and World War II were in America’s rearview mirror, and people across the land were champing at the bit to hit the road and see the land they loved. That year, jazz artist and session musician Bobby Troup and his wife, Cynthia, left Pittsburgh, headed to California where he would test his mettle as a jazz musician and composer. During the 10 days it took the Troups to drive to the West Coast, they would write the lyrics and create the melody for arguably the greatest road-trip song ever written, “(Get Your Kicks On) Route 66.”
Taking delivery of a 2019 Nissan Kicks, our sights were set not on a cross-country road trip, but instead on motoring up the coast of California. More specifically, we would begin in San Diego County and end at the Golden Gate Bridge. Our goal was to “get our kicks” along one of America’s premier scenic drives, Highway 1, also known as Pacific Coast Highway. 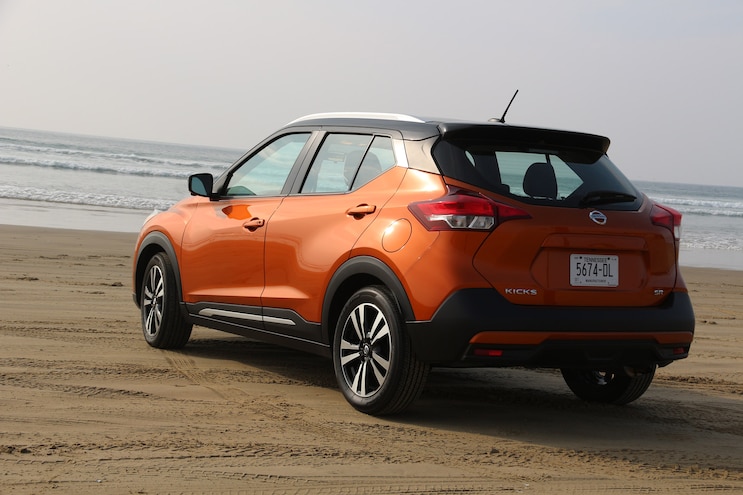 View Photo Gallery | 21 Photos
Photo 2/21   |   2019 Nissan Kicks Road Trip Rear
With head-turning exterior aesthetics, the Nissan Kicks is a front-wheel-drive, four-cylinder, entry-level vehicle equipped with a CVT, a fact that will be totally transparent to anyone who drives this vehicle, be it around town or on a road trip layered with a variety of driving conditions. Engine-braking on grades, punching it to get on a freeway, aggressively accelerating up winding mountain roads, and effortlessly passing others at a moment’s notice, this engine/transmission combo performed well—very well. Fuel economy was very impressive, averaging 37 mpg.
The cargo area is accessible via an upward-opening tailgate, unlike the similarly sized Ford EcoSport. The cargo bay inside yields an area that is sufficient to carry all things needed for a multi-day, multi-person road trip. The Nissan Kicks comes with a base MSRP of $20,290, a price that makes it totally affordable. Optional equipment on the unit we enjoyed included a Bose eight-speaker sound system, Prima-Tex–appointed seats, heated front seats, security system, floor mats, and a contrasting-color roof with premium paint. Total MSRP was $23,025, which included destination charges. 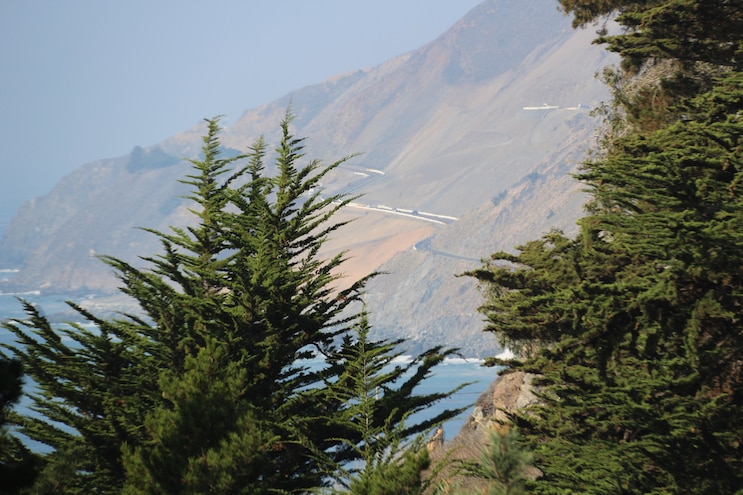 View Photo Gallery | 21 Photos
Photo 3/21   |   2019 Nissan Kicks Road Trip Highway
The beaches that line the coast between San Diego and Malibu were made household names in large part because of the surf tunes by the Beach Boys during the 1960s and 1970s. With this in mind, we began at San Onofre State Beach, a California State Park where surfers, sun worshipers, and those who love kayaking, windsurfing, and paddle boarding flock.
Called California’s Riviera, Highway 1 winds north from Dana Point up through Laguna Beach, Newport Beach, and Huntington Beach, all of which are destinations in and of themselves. Passing through Los Angeles using Interstate 405 before taking Highway 101 west, our road trip rejoined the Pacific Ocean in Ventura. The majesty of the coastline between Ventura up to and above Santa Barbara, where the highway makes a right turn before heading inland to Solvang, is nothing less than awesome. However, our sights were set on Pismo Beach and Oceano Dunes, the only California beach that allows vehicle traffic on the beach. It costs $5 for a permit to drive on the sand, where you can literally dip your tires in the surf. If you want to camp overnight on the beach, an additional fee is charged. It’s easy to get stuck in the sand, so keep in mind the cost of getting your vehicle pulled out. 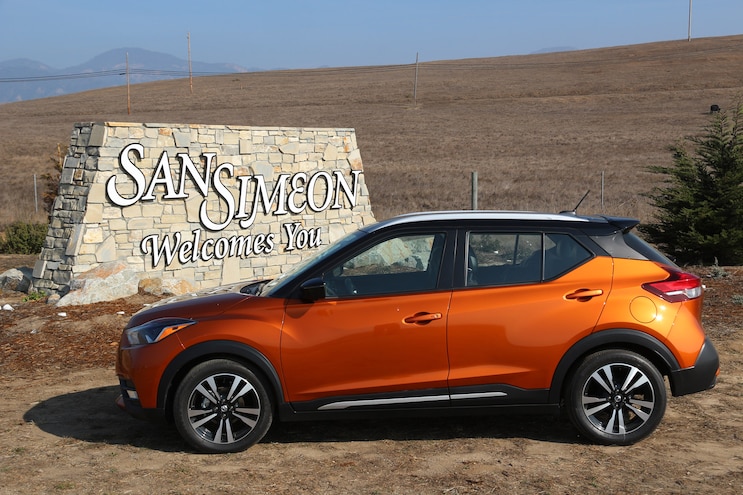 View Photo Gallery | 21 Photos
Photo 4/21   |   2019 Nissan Kicks Road Trip San Simeon
Morro Bay is a one-of-a-kind coastal stop, where giant Morro Rock pokes hundreds of feet out of the ocean into the air. The town is charming, the seafood is excellent, and the price of lodging covers the spectrum. North of Morro Bay is Cayucos, which has one of the longest piers on the California coast. Farther north is San Simeon and Hearst Castle, places that have been well-documented as destinations.
There is no other drive like Highway 1 up through Big Sur. The panoramas are unmatched, where the two-lane highway routinely posts speed limits of 20 mph as it twists, turns, dips, corkscrews, and somehow manages to hang on to the face of the mountains that fall off into the ocean hundreds of feet below. Pullouts permit stopping for photos and an opportunity to listen to the waves as they crash against the rocks. 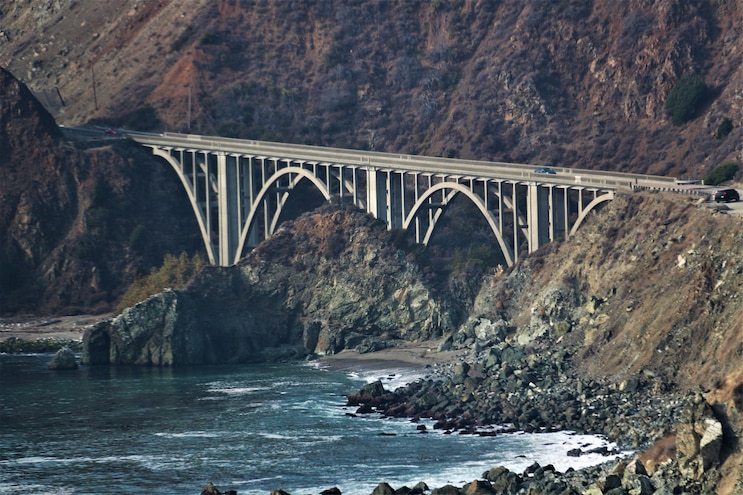 View Photo Gallery | 21 Photos
Photo 5/21   |   2019 Nissan Kicks Road Trip
Just before reaching Monterey there is a side trip, 17-Mile Drive that takes you past Pebble Beach, where you get a good look at how “the other half” lives. North of Monterey, Highway 1 follows the base of giant sand dunes that circle around Monterey Bay as the road works its way toward Santa Cruz.
Thirty miles above Santa Cruz is one of the best-kept secrets in travel, Pigeon Point Lighthouse. No fees are required to visit this 118-foot tall black and white tower that has been a beacon in the night for mariners since 1872. 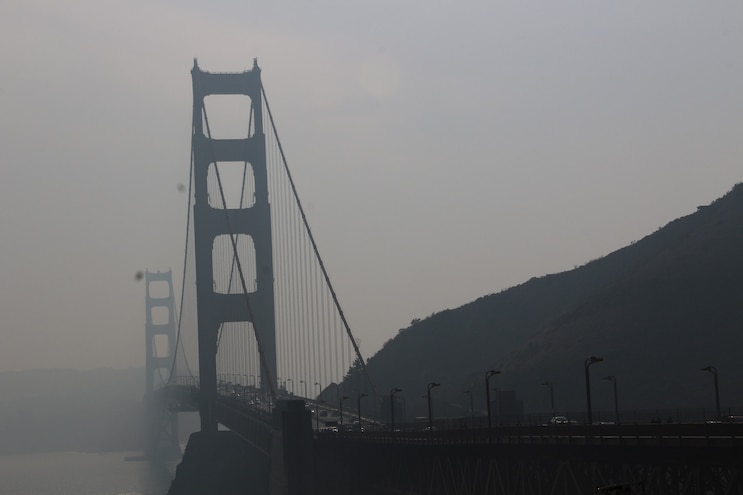 View Photo Gallery | 21 Photos
Photo 6/21   |   2019 Nissan Kicks Road Trip SF
There are few places better known or loved than the Golden Gate Bridge. One of the iconic features that underscores the uniqueness of San Francisco, when completed in 1937, the Golden Gate Bridge opened a much-needed roadway between Marin County and “the city by the bay,” across the mile-wide ocean strait where the Pacific Ocean flows into and out of San Francisco Bay. The Golden Gate Bridge is a destination that attracts 10 million visitors each year from around the world.
Whenever any part of the bridge’s structure catches the sunlight, it reflects a rusty red hue. Originally, the U.S. Navy wanted the bridge painted black with yellow strips so it would be more visible to mariners. But when the bridge was being constructed, a coat of primer was applied to protect it from the sea air, and suffice it to say, because of the golden hue it exhibited, it has remained that color ever since.