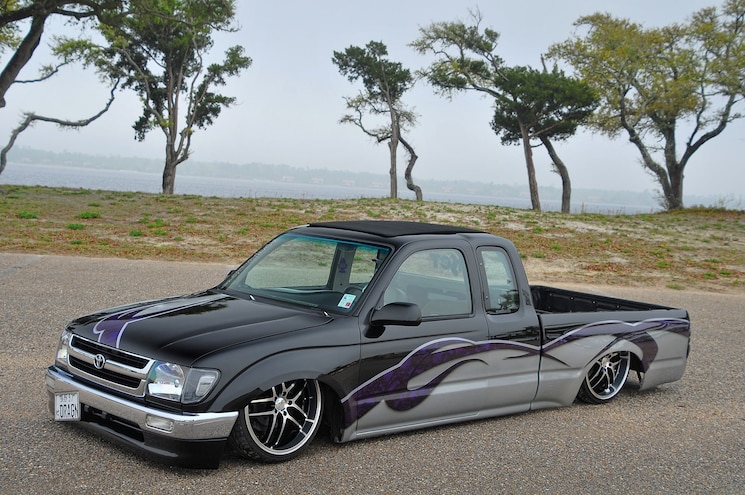 There is one man who has infinite knowledge and recollection regarding anything Toyota. That man is Nick Guillory (or Nick John, which he goes by on social media). If you ask “Where did this Tacoma come from?” or “Who built this Toyota 4Runner?” Nick knows the answer. He’s been involved with Toyota trucks his entire life. “My entire family owned Toyotas growing up,” he tells Truckin. “At family gatherings, it looked like a Toyota dealership.” When Nick was 10 years old, his older brother put him behind the wheel of his ’86 Toyota pickup, and the rest was history. He was set to carry on that tradition.
At 16, Nick purchased his first vehicle, an ’86 like his brother’s pickup, and his mechanical knowledge and expertise began there. “They were simple, yet somewhat complicated,” Nick adds. “It was a great learning experience for me.” The durability and longevity of the Toyota brand wasn’t the only thing Nick admired, it was the shape and lines of the pickups that stood out to him. To date, he has owned 17 Toyota vehicles and has yet to purchase anything different. 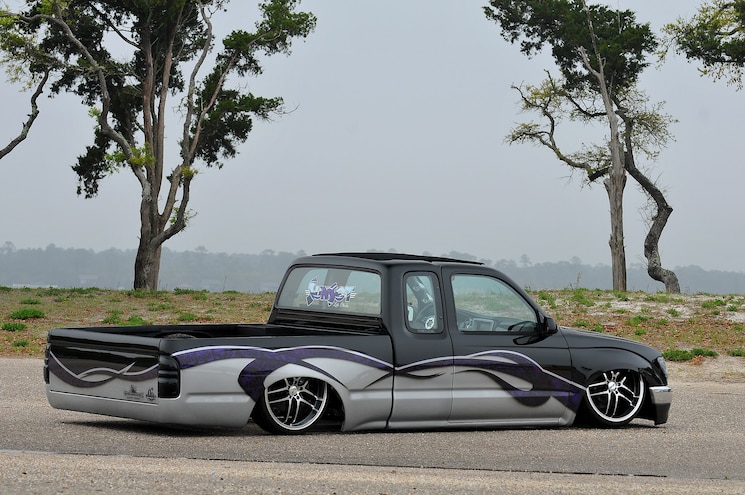 View Photo Gallery | 14 Photos
Photo 2/14   |   Legacy 1997 Toyota Tacoma Rear 3q
When it came time for him to break into the show scene, Nick began searching for a truck that would stand out among the others. With knowledge of virtually every Tacoma and 4Runner throughout the country, he found a Tacoma in California he wanted. The owner, Brian Arnold, was honored to sell the ’97 Toyota Tacoma to Nick knowing it would be cared for. Overall, the Tacoma was in good condition but needed some definite upgrades to keep it modern.
Nick ordered new headlights and corner lights that arrived long before the new mini. Once he finally got his new pickup, it went straight to the paint shop for correction. Don Plumer and Jeffrey Brignac at Extreme Liners and Customs fixed the cracked roll pan and handled all the paint defects and dings. Nick’s good friend Chad Loque overhauled the entire air-ride system by removing all the old wiring, replaced the compressors with newer-style Viair compressors, and added new air bags. 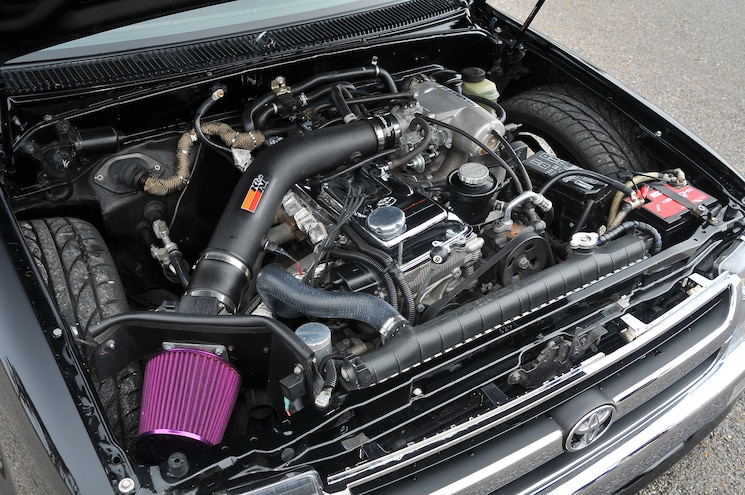 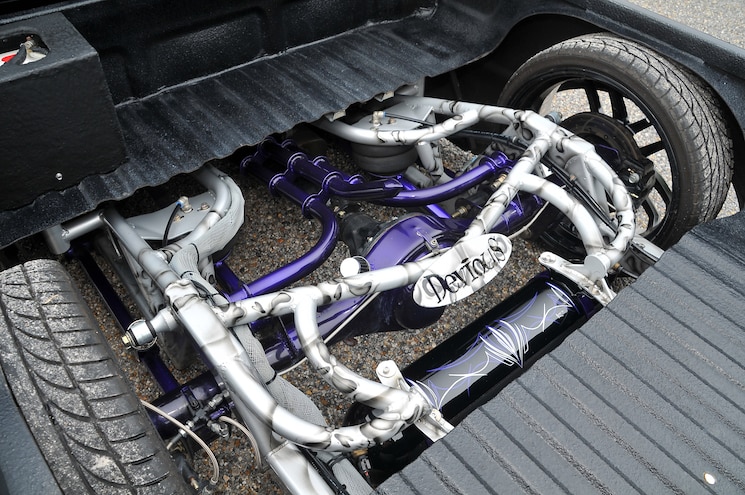 View Photo Gallery | 14 Photos
Photo 4/14   |   Legacy 1997 Toyota Tacoma Devious Customs Wishbone
The Toyota had been submerged in water and sustained extreme damage to the wheels and undercarriage due to flooding in Louisiana. Nick’s friend Alex Holder transported the Tacoma to Baton Rouge, where he jacked it up, pulled the wheels off, and ceramic coated the paint to protect it from the elements. The wheels were polished and the water marks were removed. Under the hood, Nick replaced the radiator and upgraded the alternator to handle the additional drain of the new air-ride system.
Nick is considered the Toyota guru through the mini-truck scene and runs several social media groups focusing on the culture. When his wife started looking for a show vehicle, he found her a body-dropped 4Runner. His daily driver is a ’15 Tacoma, which brings his household Toyota count to seven. Nick wishes to thank his wife and partner, Amanda, for her constant pushing to be better and achieve greater success in their lives. Their children Laine, Will, and Lilly have already expressed interest in owning their first Toyota and continuing the legacy. 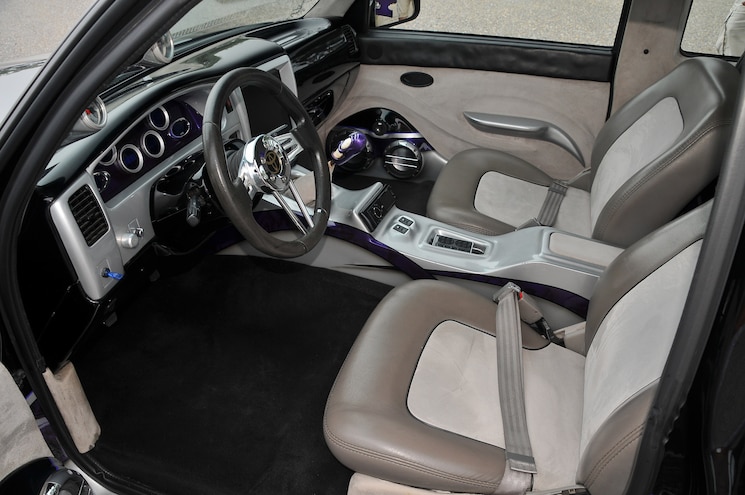 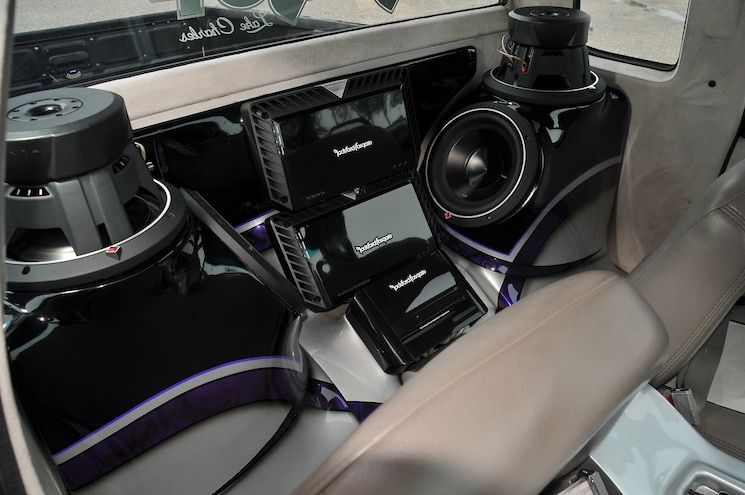