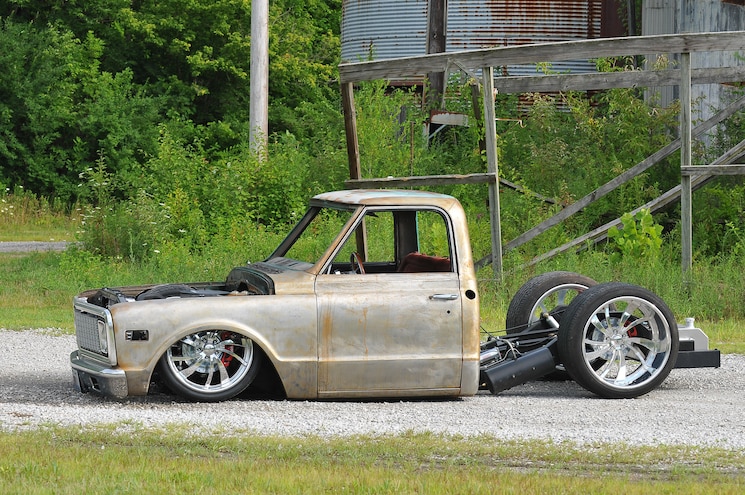 As the owner of a custom shop, one of the most important jobs is making sure your products are the newest and best so you can provide customers with quality items. Michael Lee, owner of Mykal’s Custom Auto and Paint in Fairfield, Illinois, relies on the reps who come into his shop almost daily to have information on everything. His Axalta DuPont paint rep, Henry Phillips, would always come in and comment on the custom trucks Michael was building, and he was in awe of his talents. Henry’s father-in-law had recently been diagnosed with cancer and was selling his classic truck to pay some bills. Henry mentioned Michael should come take a look and see if he wanted it. When Michael asked how much, Henry replied, “He wants five.”
Michael didn’t want to spend $5,000 on a new project, so he told him he would pass on it. A couple weeks later Henry came back in and again mentioned the truck and said he was very eager to sell it. Henry told Michael his father-in-law took it to the lake every weekend and maintained it. Michael admitted he didn’t want to spend $5,000 on a truck, and Henry said, “He only wants $500—not $5,000.” At that point, the truck became much more attractive. 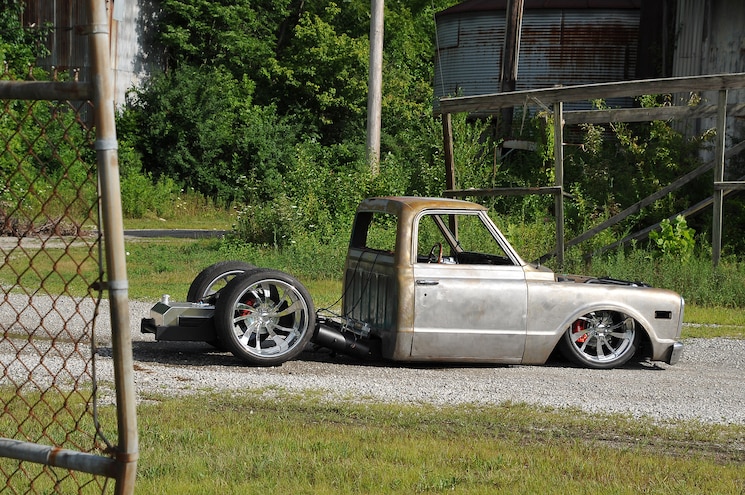 View Photo Gallery | 6 Photos
Photo 2/6   |   1972 Chevy C10 In Good Hands
Michael went to look at it, and the owner, Jerry Wougamon, explained his situation and got in the truck, which started immediately, without any hesitation. Michael was impressed that the ’72 Chevy C10 was in such good condition and purchased it on the spot. The truck was solid except for the rear rocker, which looked like it had been backed into the water and showed rust. Aside from that, it was flawless. As a shop owner, Michael has a lot of resources and loves to give his friends and partners work when he can. One of his very good friends, Von Chounlanamy, who ran a shop with his brother Jason called Laodies in Iowa, made an arrangement for trading work with Michael. The plan was Von would build the chassis for the Chevy and Michael would handle the bodywork and paint on Von’s Ramcharger.
Michael met with Von and they exchanged the trucks. Michael immediately noticed Von didn’t look good. “He looked like he was out of it and wasn’t feeling well,” Michael tells Truckin. A couple days later the world was rocked when news surfaced that Von had passed away due to a rare blood disorder. Michael held his end of the deal and finished the Ramcharger for Von’s brother who proudly displayed the truck at SEMA in Vegas. The news for Michael wasn’t as fortunate, as Von hadn’t actually begun his work on the C10. 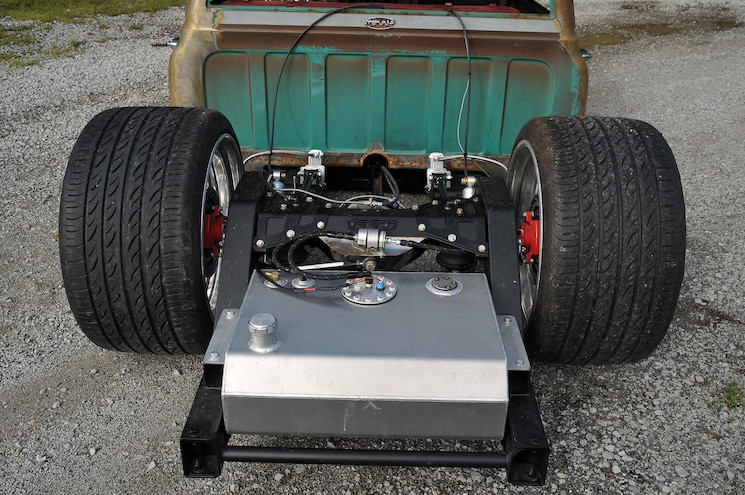 View Photo Gallery | 6 Photos
Photo 4/6   |   1972 Chevy C10 In Good Hands Drivetrain
The Chevy had more of a sentimental feel to it now that it was the last vehicle Von had on his schedule to work on. Michael wanted to make him proud and decided it was time to create something special. He called a few friends—Sam Andrews, David Lafferty, and Scott McNeil—who dropped what they were doing to begin the rough process of tearing the truck down and rebuilding it to Michael’s specs. Once they did their work, Michael took over and cut up the original frame and grafted in the GSI back half. 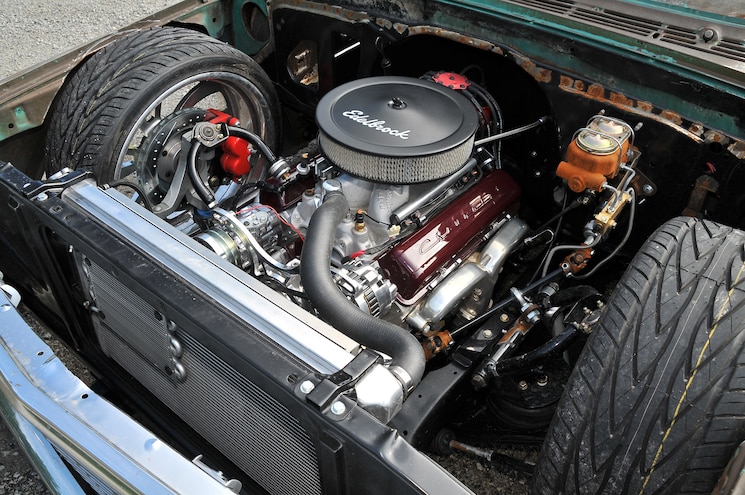 View Photo Gallery | 6 Photos
Photo 5/6   |   1972 Chevy C10 In Good Hands Engine
The original 355 was removed and a Blue Print 383 Stroker was added for power. A custom radiator was installed that keeps it running at 170 degrees. Two electric fans were added and programmed through the fuel injection system controlled through a Bluetooth application. The next few weekends were spent replacing the full floor, cab corners, rockers, and firewall. The suspension was completely rebuilt from scratch, and the classic Chevy was brought to the ground with a stock floor bodydrop. The fenders were trimmed out for the new 22-inch wheels Michael added.
Michael had a special feeling while building this Chevy. He wanted to build it in a way that paid respect to Von and showed the original owner, Jerry, that his truck was in good hands. Unfortunately, Jerry lost his battle with cancer, but Michael knows he’d be honored that the truck has come this far and is on the track for greatness. Michael wishes to thank his wife, April, and their two girls, Jocelyn and Kate, for their patience and understanding how much this build meant to him. 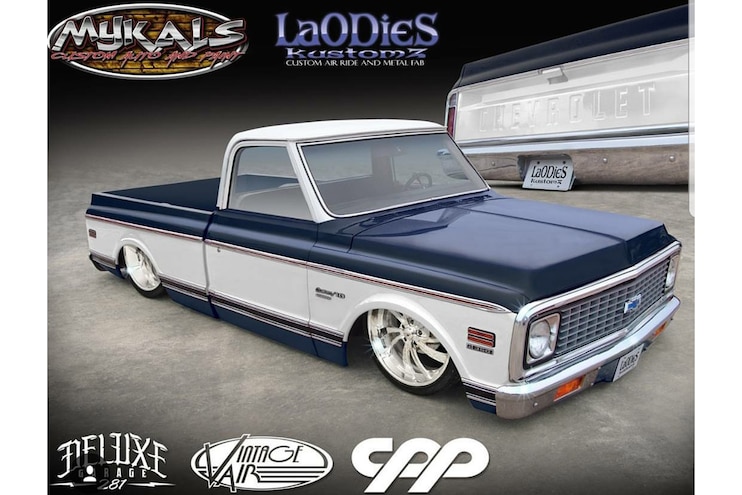