A Guide to Success 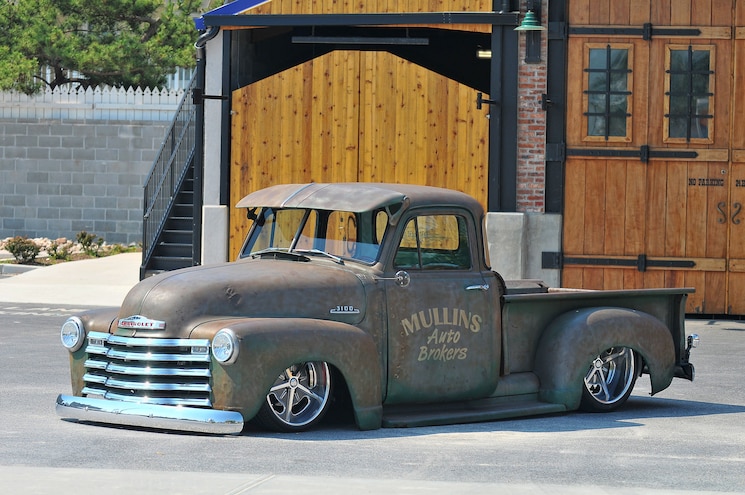 Patina trucks are primarily pieces of metal sitting on Chevy S-10 frames, which is exactly what Seaford, Delaware, resident Jack Mullins purchased. The automotive industry has been prevalent in the Mullins family, with Jack’s grandfather owning a dealership. His father worked there until he opened his own dealership, which Jack began working at. In 2012, Jack left his father’s dealership to start his very own. As a classic truck enthusiast, Jack had been looking for something he could cruise around in that also advertised his dealership. 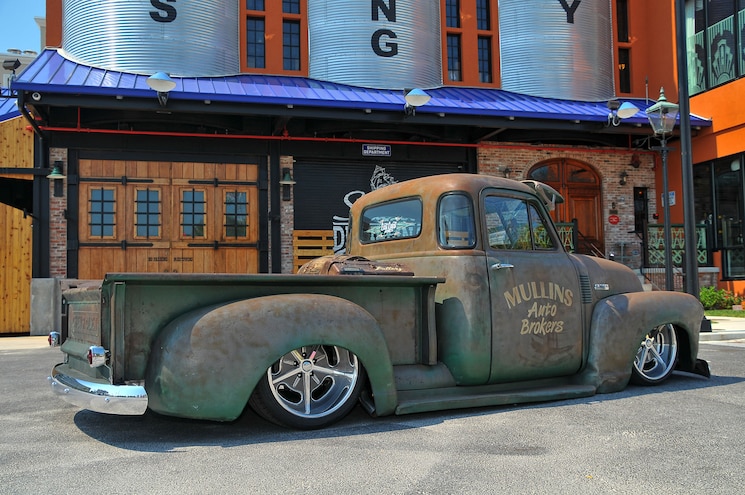 View Photo Gallery | 14 Photos
Photo 2/14   |   Sales Pitch 1953 Chevrolet 3100 Rear 3q
His search stopped when he found a ’53 Chevrolet 3100 online. It was located in Knoxville, Tennessee, about 16 hours away from him. Jack loaded up and made the trip, buying the truck immediately. “It was a stock S-10 frame with an old rusty body,” he tells Truckin, “which means it was perfect for my project.” The metal was in bad shape, so one of the first things that was changed was the metal work. All the unsafe rust was removed, then the engine bay was gutted and prepped for paint and the new Chevy 350 was installed. View Photo Gallery | 14 Photos
Photo 3/14   |   Sales Pitch 1953 Chevrolet 3100 Engine
Jack’s friend Jeff Wooten suggested the patina truck get a suspension adjustment and Jack agreed. Having never owned a ’bagged vehicle, Jack was hesitant but knew it was something that would set the truck apart. The original plan was just to add bags and a four-link, but as any truck enthusiast knows, it never stops there. The entire suspension was built from scratch, and Jeff and his friend Tim Williams built the rear frame. 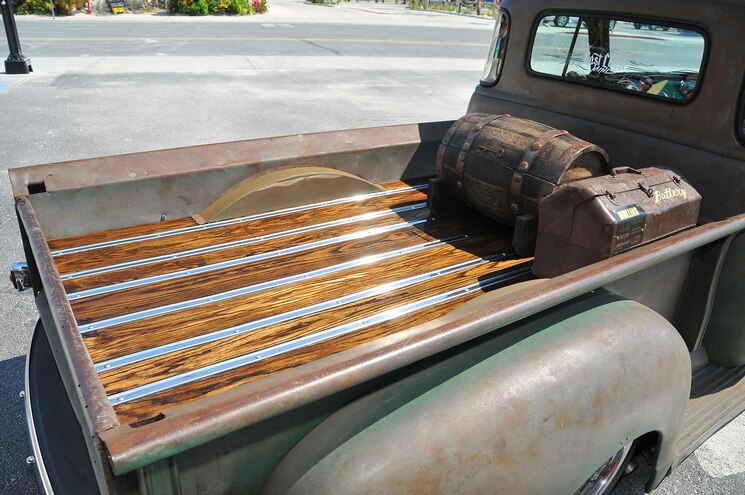 View Photo Gallery | 14 Photos
Photo 4/14   |   Sales Pitch 1953 Chevrolet 3100 Bed
Matt Reynolds from Charm City Upholstery got on board and handled the entire cabin overhaul. Originally, Jack purchased the truck with a bare-bones interior, so it took some time and creativity to make it unique. The seats were wrapped in leather and the dashboard was painted to match the engine bay. A new steering wheel and custom gauges were added to round off the interior mods. Some of the more creative features added to the 3100 were the whiskey barrel located on the bed used for storage and the rusted-out tookbox that houses the truck’s battery. Virtually every inch of the Chevy was redone except for the patina skin. 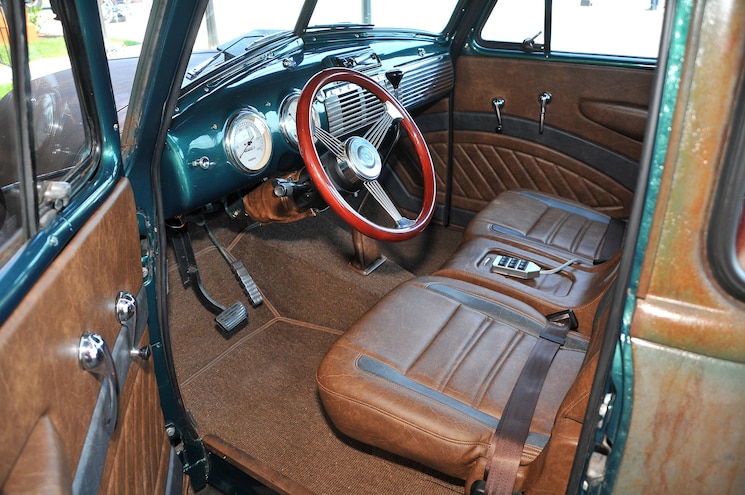 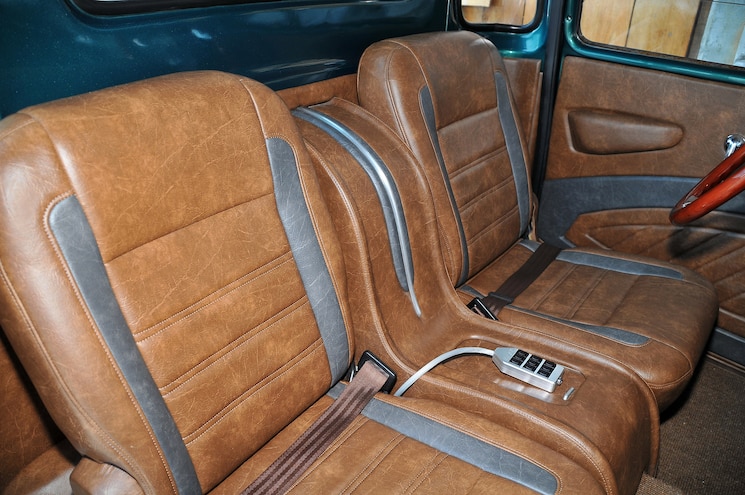 View Photo Gallery | 14 Photos
Photo 6/14   |   Sales Pitch 1953 Chevrolet 3100 Interior Seats
After Jack’s grandfather passed away, his old car lot went on the market and Jack was able to purchase it. Jack wanted to bring his business to where it all started for his family. His current lot only holds about 30 vehicles, and this one will be able to accommodate more than 150, which will be beneficial for business. Jack wishes to thank Jeff Wooten and Tim Williams for the framework, Matt from Charm City for the immaculate interior, John Hall for all the engine work, and Pro Wheels for making the custom wheels for the Chevy. A special thanks goes to his wife, Amanda, and their beautiful little girl, Aubryn, for all their support and love that has guided him to success. 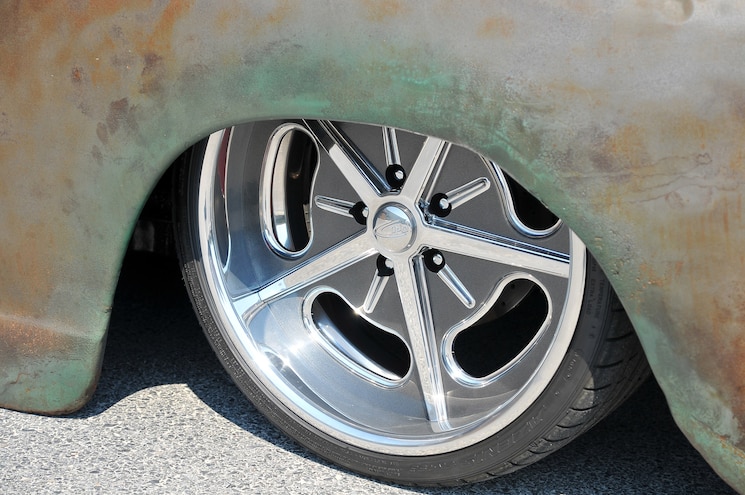