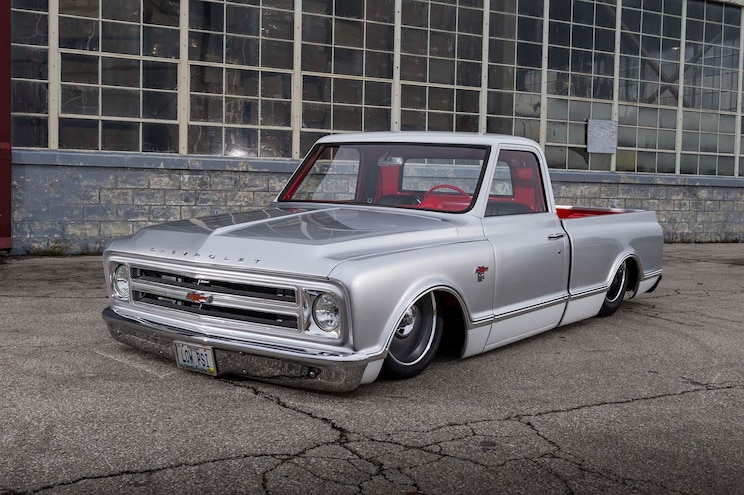 There are not very many people who share Shawn Shipers' experience. He has been fortunate to still own the first car he purchased in the fall of 1987 on his 16th birthday: an all-original shortbed with a six-cylinder, three-on-the-tree '67 C10 pickup he named Ol' Blue. This was Shawn's main form of transportation through high school.
One weekday morning during his senior year, Shawn was T-boned at an intersection on his way to school. He came out of the wreck OK, but his beloved C10 did not. It suffered a bent axle and a caved-in bedside. After that moment, the truck sat in his parents' garage until he had the funds to repair it. One positive thing that came of this situation was the Pro-Street era was emerging in the local car scene, giving Shawn the drive to push on with the necessary repairs and narrow the rear end and tub it to give his truck a unique Pro-Street look. 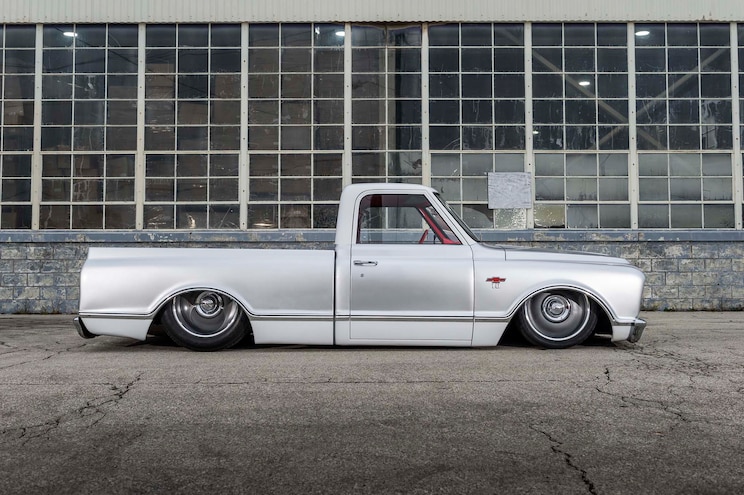 View Photo Gallery | 15 Photos
Photo 2/15   |   1967 Chevy C10 Ol Blue Side View
After his graduation in 1991, Shawn moved to Kansas City to pursue a career at a truck accessory store. While there, he was not able to bring the truck, so he stored it at his parents' house. On a spring day in 1993, he got a call from his parents notifying him their home was being flooded and the water was rising so quickly they could not save his truck, which was almost completely underwater.
Shawn had to make a decision to once again repair his waterlogged truck or part ways with it. As you can guess by now, he chose to keep it and bring it back to life. This time, he pulled it apart and gave it a fresh flat-black paintjob and a new interior that included some bucket seats originally planned for another project. 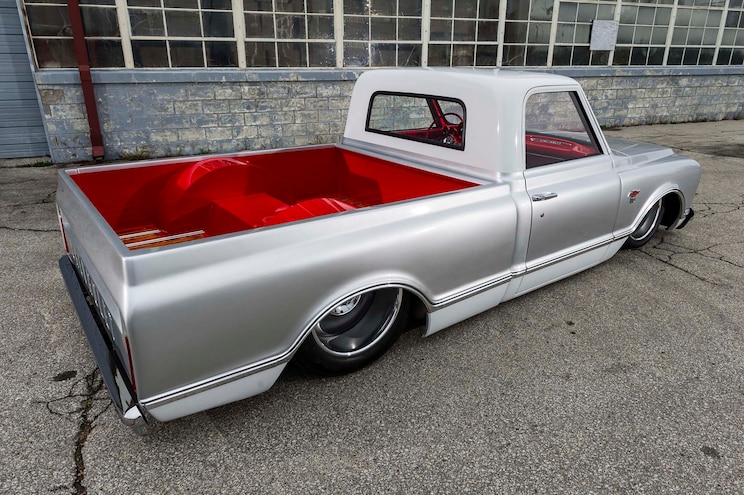 View Photo Gallery | 15 Photos
Photo 3/15   |   1967 Chevy C10 Ol Blue Rear 3q
In 2006, Shawn was driving home from work in his C10 and the rear axle broke and folded the tire under the bed. This set him back, as his beloved truck had to sit once again and wait to be fixed. While it was parked in the garage, Shawn started to make plans to change things up even more. This included airbagging it, installing a '59 Impala dash, smoothing the firewall, and shaving off the drip rail, amongst numerous other personal custom touches. Working in his two-car garage on weeknights and weekends gave him the opportunity to do all the work himself, even though things took longer than he originally planned.
In the fall of 2016, after his truck had been together for several years, Shawn was looking for some new inspiration. He headed off to the SEMA show in hopes something new would be on display and catch his eye. Sure enough, he spotted a set of American Racing VF509 wheels supplied in 20- and 22-inch billet rims. This was exactly what he was looking for to really set off the look of his truck: a retro-Chevy-looking rim in a custom billet piece. 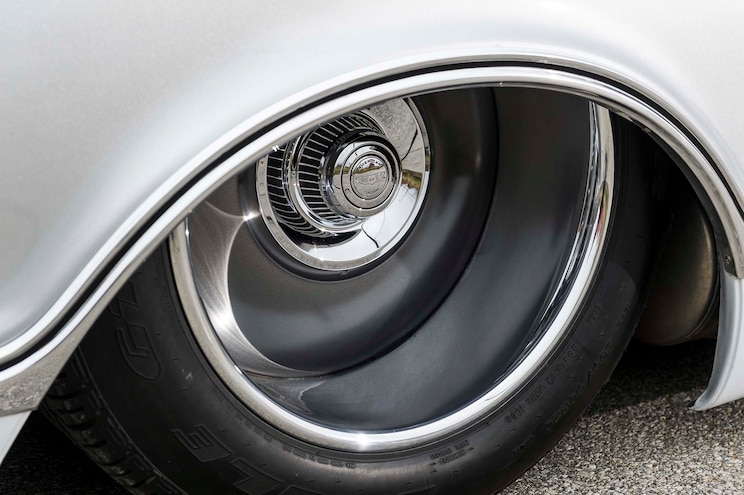 View Photo Gallery | 15 Photos
Photo 4/15   |   1967 Chevy C10 Ol Blue Wheel
After many years of ownership and many rebuilds, he and his wife, Rhonda, got the opportunity to drive on the HOT ROD Power Tour. They started in Kansas City and ended up in Bowling Green, Kentucky, then drove back home to Kansas City. It was an incredible experience, and both of them fully enjoyed some good quality time in Ol' Blue. 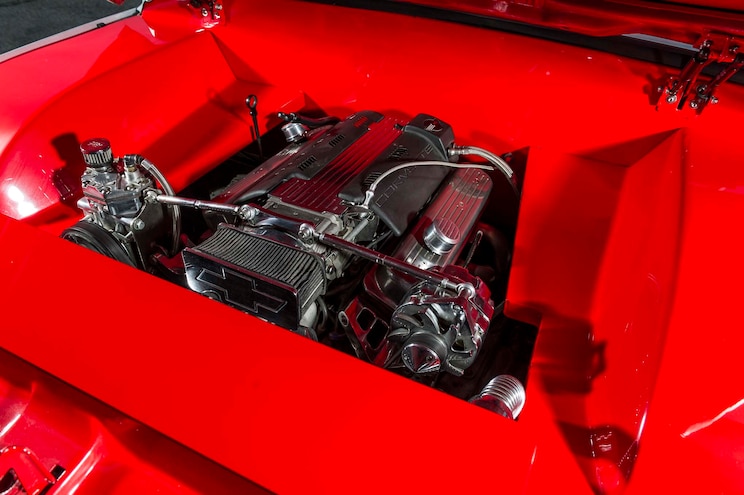 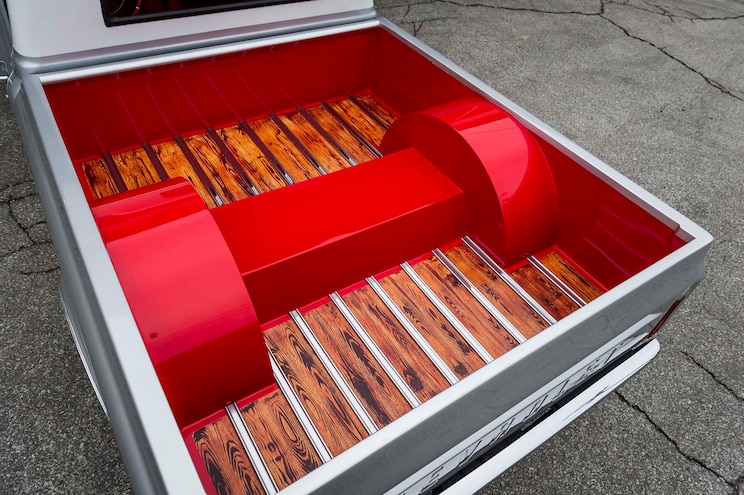