From Farm to Street 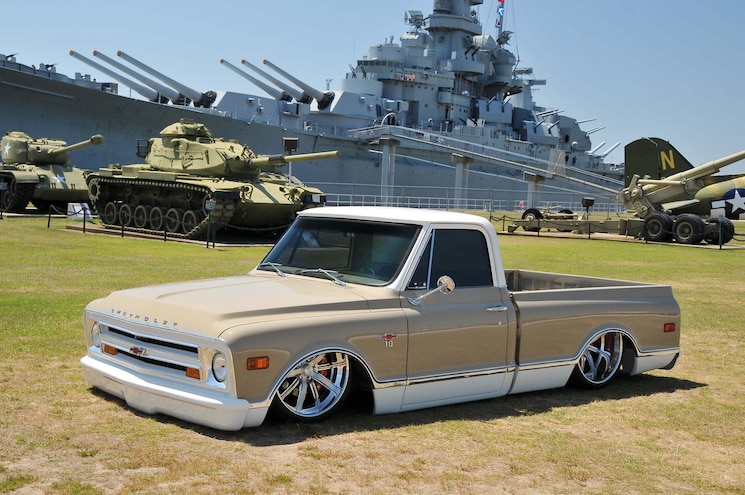 South Carolina resident Teddy Mueller spent a quarter of a decade defending this country by serving in the United States Air Force. With tours in both Kuwait and Iraq, he has always been dedicated to serving and protecting. After retiring, Teddy brought his aircraft knowledge to Boeing, where he took over quality control, making sure the planes were being manufactured correctly.
Following years of being surrounded by fast planes, Teddy took his passion for speed and power and began buying and building trucks. "I've always been a Chevy power guy," he tells Truckin. "If it goes fast, I want it." The Chevy C10 model has always been a favorite of Teddy's, and he has now owned eight of them. Although he built most of his trucks on his own, when a '68 Chevy C10 built by Brook Allmaras in Oregon became available, it was more than the build that made him want it. "The color reminded me of my time in the military," Teddy explains. "It brought me right back to the desert and gave me a safe feeling." 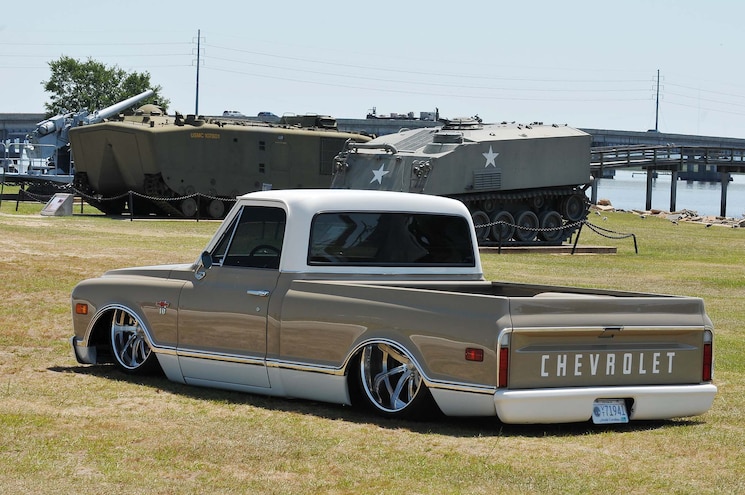 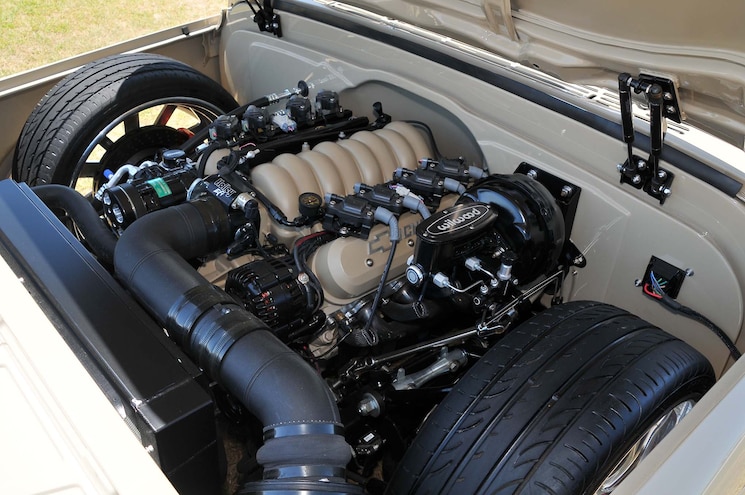 View Photo Gallery | 12 Photos
Photo 3/12   |   1968 Chevy C 10 Farm Truck Version 2 0 Engine
Teddy was interested in the Chevy because it had been handbuilt by one of the most reputable truck builders in the country. Brook had originally purchased the truck for a mere $800 and tore it down to the bare frame. Every inch of the Chevy was stripped down and the rust was removed prior to reassembly. For the motor, Brook purchased an LS3 and rebuilt it with a mild cam and painted it to match. Brook and his friend Rob Rolph did the entire suspension rework by ordering front and rear kits from Porterbuilt. They went with a Watt's linkage and inner bags on the rear so the rear tires would clear. They assembled the kit on the bare frame and mounted the air-ride components. 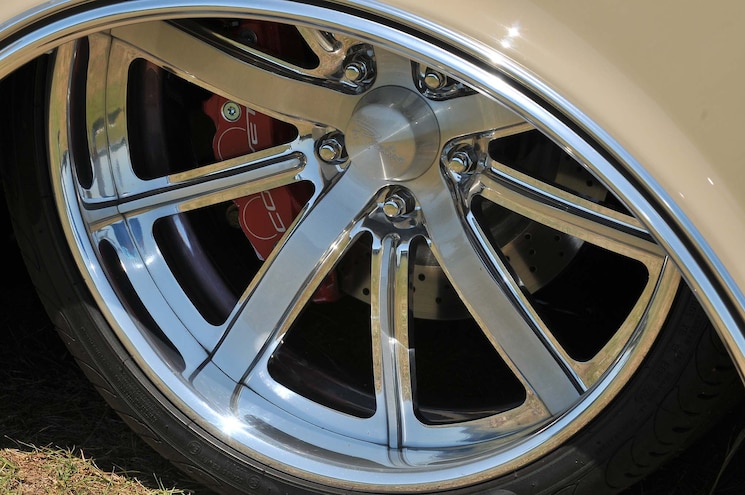 View Photo Gallery | 12 Photos
Photo 5/12   |   1968 Chevy C 10 Farm Truck Version 2 0 Wheel
The truly unique part of the build was the truck bed. Rob Rolph, a former part owner of a logging company, legally cut down a redwood tree, and Brook and Rob rough cut the boards to size from the tree. From there, they glued them together, and Dale Cummings used his CNC machine to correct the thickness. Brook stained the boards and put seven coats of automotive satin clear on them.
Teddy made minor adjustments to Brook's work of art by adding a stereo system and new steering wheel and lowering the bench seat. He's still in the process of installing inner fenders and wants to make sure he gets the absolute most out of the Chevy by driving it daily. As a quality assurance manager of 787s and 737s, Teddy knows quality and perfection when he sees it and is the proud owner of one of the finest and meticulously built Chevy C10s around. 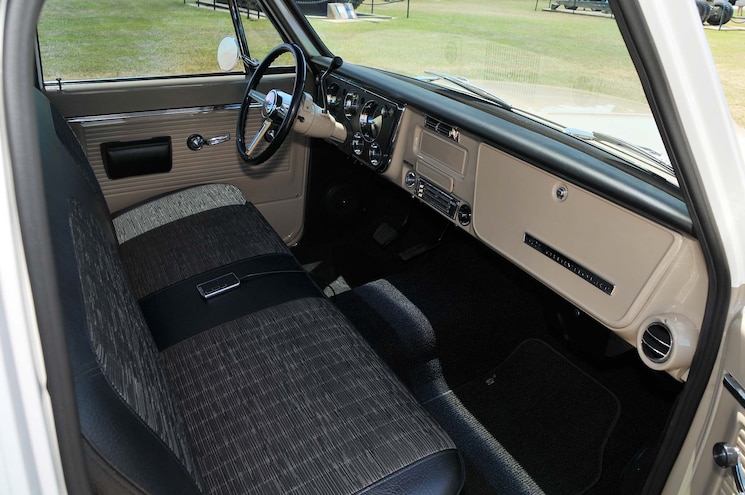