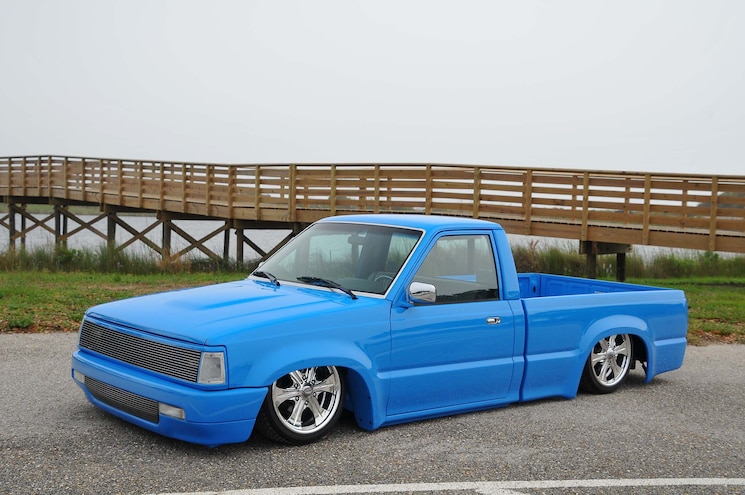 The Mazda B-series trucks were first introduced in 1961 and continued all the way to 2009. For the tenure of almost 50 years in production, the Mazda B-series was the most popular in its fourth-generation models, the mid-'85s to '98s. Once introduced in North America, the sleeker-styled Mazda B2000, a 2.0L engine (up from the previous year at 1.6L), was an instant hit. Jeff Giles from Greenville, South Carolina, first got involved in trucks, specifically Mazdas, when his cousin had a late-'80s Mazda B2000. Eventually, it's all Jeff dreamed of owning. 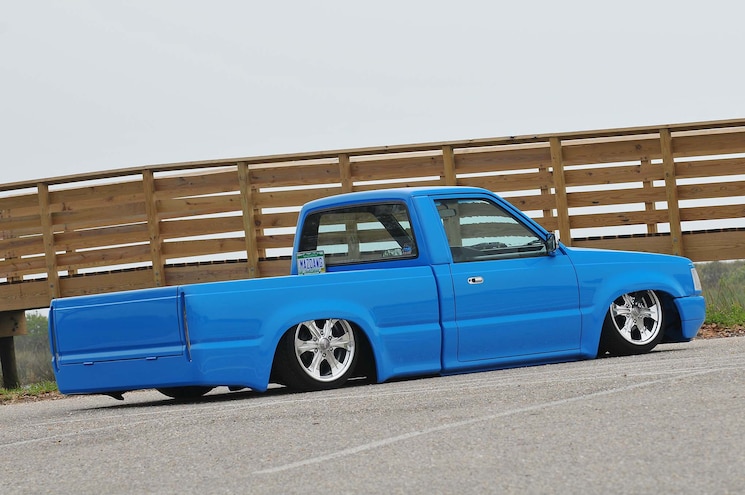 View Photo Gallery | 13 Photos
Photo 2/13   |   1986 Mazda B2000 Mazdawg Rear 3q
At 15, it wasn't plausible Jeff would be able to afford the Mazda mini, so his first vehicle was a static-dropped Dodge D50, which he and his father each went half on. "I drove the Dodge for about a year before it completely failed on me," Jeff tells Truckin. "It wasn't the truck I wanted, so I didn't worry too much." The following year, as he got his finances in order, he purchased his first Mazda, a B2200. He worked hard and added a hydraulic suspension and a topper on it until it was involved in an accident and he was forced to sell it for parts.
That opened the door for him to find a cheaply priced '86 Mazda B2000, the same model and year his cousin had during his childhood. The Mazda wasn't in the best shape, but it was what Jeff wanted. The blue stock paint was faded and there was a half attempt at bagging the mini. Almost immediately after the purchase, Jeff started adding the 4x4 sheetmetal and turned his attention to the suspension issues. The frame was Z'd to finally get the mini-truck to the ground. 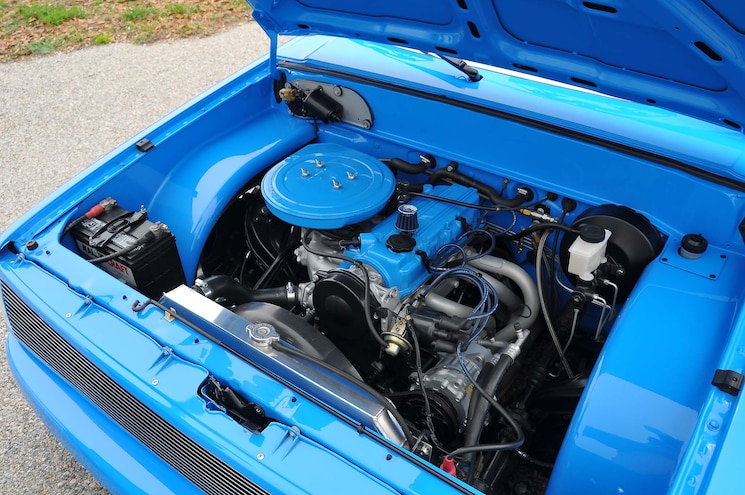 View Photo Gallery | 13 Photos
Photo 3/13   |   1986 Mazda B2000 Mazdawg Engine
With Jeff and his good friend Jeff Green tackling all the work, the Mazda was coming along just as he had imagined. The rear was completely redone with a new four-link and airbags with newly designed brackets. In the front, the bag brackets were mounted and the ball joints were flipped to lower the truck even more. The next step was all the bodywork to bring life back into the Mazda and add some intriguing additions.
The gas door was shaved and the handles were replaced with Mazda Miata handles Jeff learned about in an old issue of Mini Truckin'. A Toyota front bumper was added and cut and sectioned and then lengthened to meet the bodylines. The tailgate handle was flipped from the outside to the inside of the tailgate. An airplane gas door was installed and Cadillac taillights were added to the rear end. A tag bracket was built and mounted to the bed. The 4x4 fender flare holes were welded up and shaved in the bed and on the fenders. A Raptor bedliner was added to the raised bed floor. For the paint, Jeff contacted Gary Timms from King's Kustomizing in Easley, South Carolina, to add the Grabber Blue paintjob he knew would make his Mazda stand out among the sea of minis. 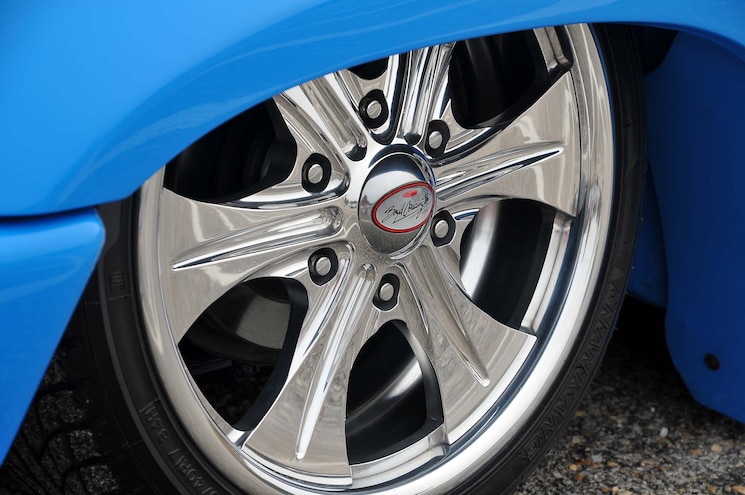 View Photo Gallery | 13 Photos
Photo 4/13   |   1986 Mazda B2000 Mazdawg Wheel
In the rear, the bedliner was coated in the same paint to match the exterior. When it came time to get the interior done, Jeff and friend Travis Kay built the speaker boxes and then installed the stereo. The head unit was relocated from the original location behind the shifter to underneath the A/C vents for better access. The B-pillars were shaved to smooth them out. A Budnik steering wheel was installed to add some polish to the cabin. Jeff's favorite addition to his Mazda was the glove box: He shipped the glovebox door to Sean Mahaney to sign and send back. "Sean was always a step ahead of everyone in the mini-truckin culture," Jeff adds. "He was my hero."
Building MazDawg, Jeff met a ton of great people and made some exceptional friends along the way. His creation and build has done so much better than Jeff could have ever imagined. He wishes to thank his wife, Brandi, and their daughter, Lindi, for all their patience and support while he worked late nights and spent his hard-earned money making sure MazDawg came out perfectly. 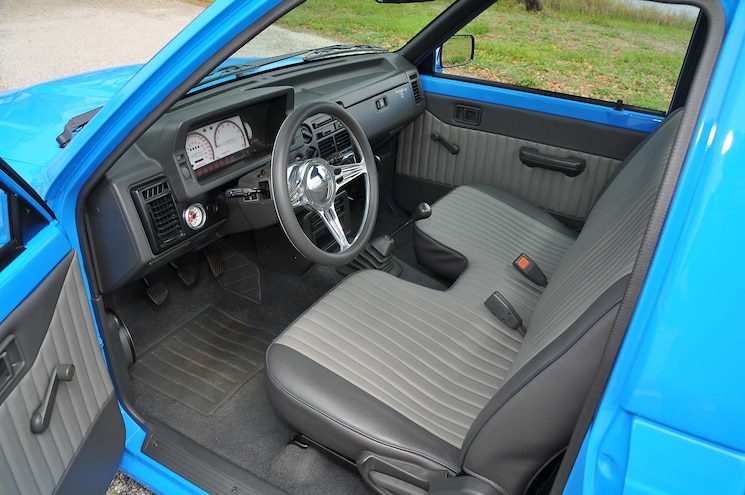