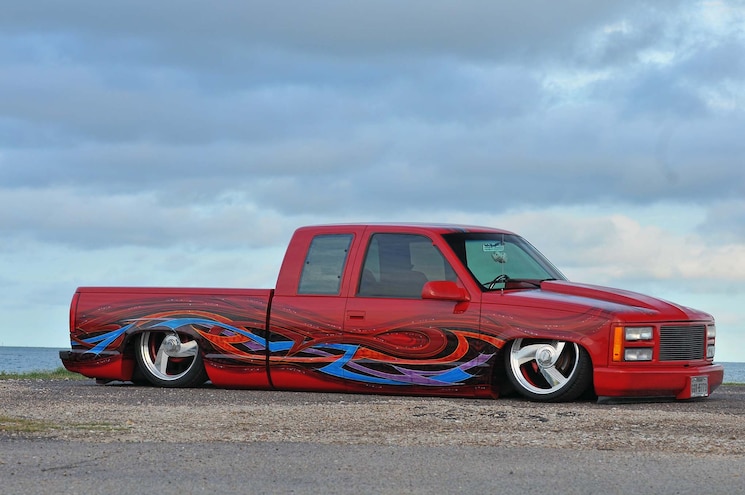 Most trucks we hear about don't have extensive backstories, but Bloodline does. Back in 1993, Patrick Reid's parents bought this GMC Sierra new from the car lot. By 2000, his father was using it exclusively for his sheetmetal business. In 2007, when Patrick graduated college, the GMC was gifted to him as a reward for accomplishing his goals. This Sierra was a workhorse, so he began using it as a tow pig for his other trucks.

In 2013, Patrick's father Allen suddenly passed away. Patrick made a new goal: to transform the GMC that was once the reliable pride and joy of his father into something special to honor him. As a natural painter, Patrick started by adding some basic flames. Then he moved on to a modest airbag suspension kit. Soon after that, as Patrick puts it, "I simply can't leave anything one way for too long." With 180,000 miles on the workhorse, Patrick used his suspension expertise to body-drop the GMC to the ground. 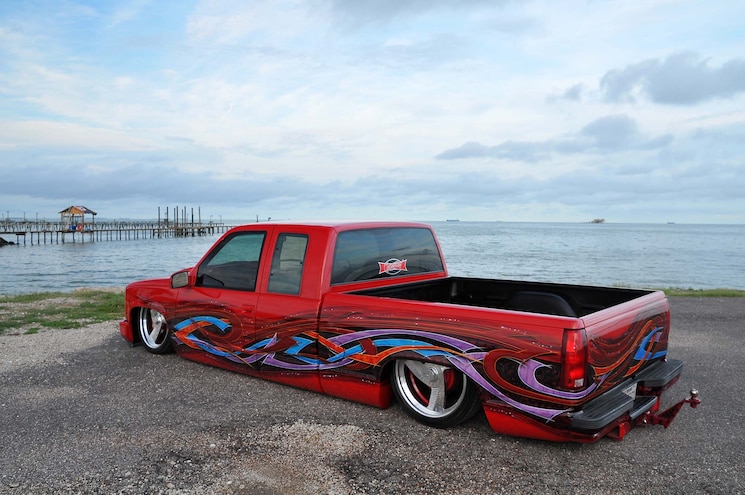 Considering the GMC was still being used as a tow pig for Patrick's other trucks, most people wouldn't put a showstopping paintjob on it—but most men aren't Patrick. "There was no predesign or renderings," Patrick tells Truckin. "I just sat down with a beer and started taping graphics." A total of 20 different PPG colors were used to add biomechanical graphics throughout the entire body of the Sierra. Patrick also added a molded rear bumper and bedliner in the bed to give it a sleeker look while towing. 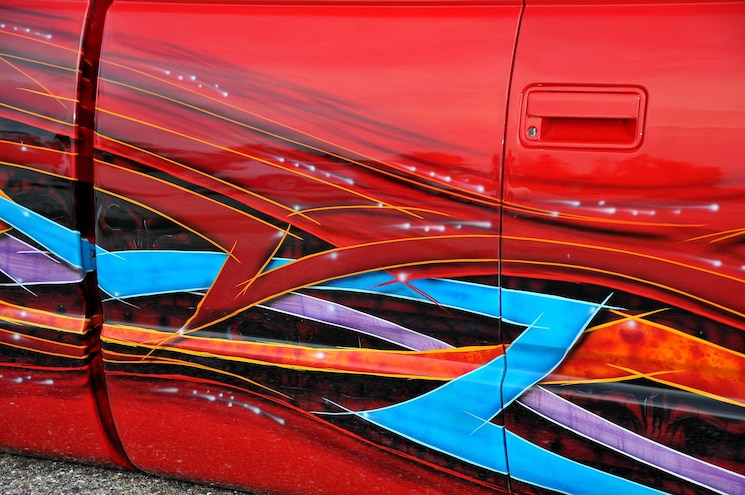 When it came time to customize the interior, Patrick located a set of Suburban bucket seats and had Arjona's Upholstery wrap them in red suede. Once the seats were mounted, Patrick painted everything inside, built a new center console, glued the carpeting down, recovered the headliner, and wrapped all the miscellaneous pieces inside. Two shallow-mount Rockford Fosgate speakers were mounted in the center console and fired downward for maximum sound. Patrick has always been a fan of the retro look, so the choice was simple when it came time to add wheels to the Sierra: 22-inch HRBB Trifans were fitted with Lionhart tires to finalize the build. 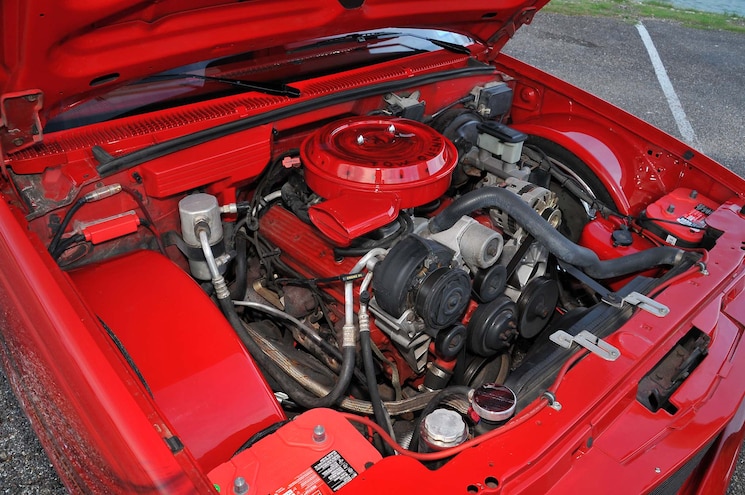 Bloodline was initially going to be used as a tow pig, and it turned out to be a tow queen. The Sierra is often brought to truck shows in the state of Texas not only to gather trophies but also to help in case any of his Committed family has issues and needs a tow home. Patrick wishes to thank his mom Donna and his late father Allen for the gift of this beautiful machine and the love and passion they instilled in him to reach for every goal and dream he has. A special thanks goes to his wife, Samantha Reid, for her understanding and support through every bit of adversity. As a custom painter in Texas, Patrick has a reputation uphold and Bloodline is perfect for that. 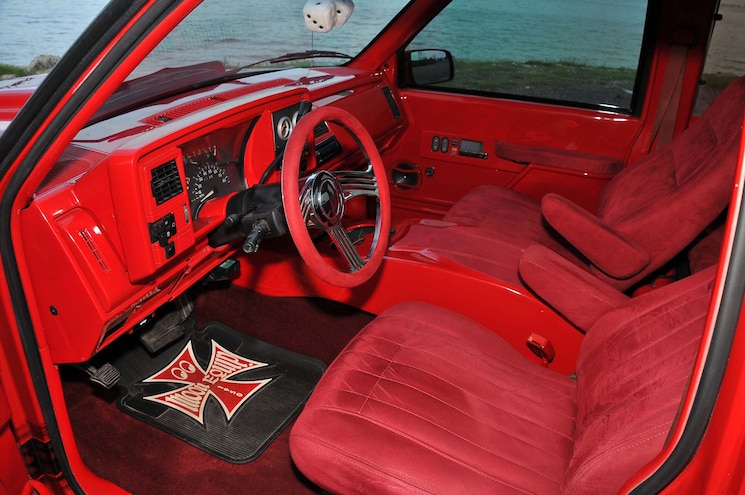