Evolved With an Evil Twist 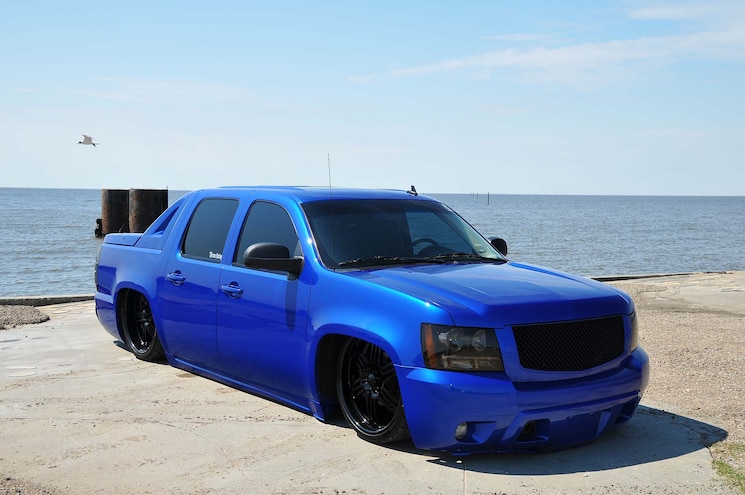 Evolution is defined as the gradual development of something from a simple form to a more complex form. For Mook Templet of New Orleans, Louisiana, evolution hasn't halted. When he was a young boy, his father owned a Toyota mini-truck in which they used to cruise up and down their lakefront. During his youth, Mook began playing with toy trucks—until he transitioned to model trucks. On Mook's 16th birthday, his father told him to start looking for his first vehicle. Of course, it was a custom truck: a neon green Nissan Hardbody.

One day after high school, Mook was driving home and rear-ended a larger truck, and the mini was totaled. His next truck was a Ford Ranger, since he was slowly evolving into newer trucks. Then one day while at the local gym, he saw a lowered '12 Chevy Avalanche in the parking lot. He spent the next hour trying to locate the owner. Once he found him, he went to work on his negotiation skills and, four days later, Mook purchased the Avalanche. 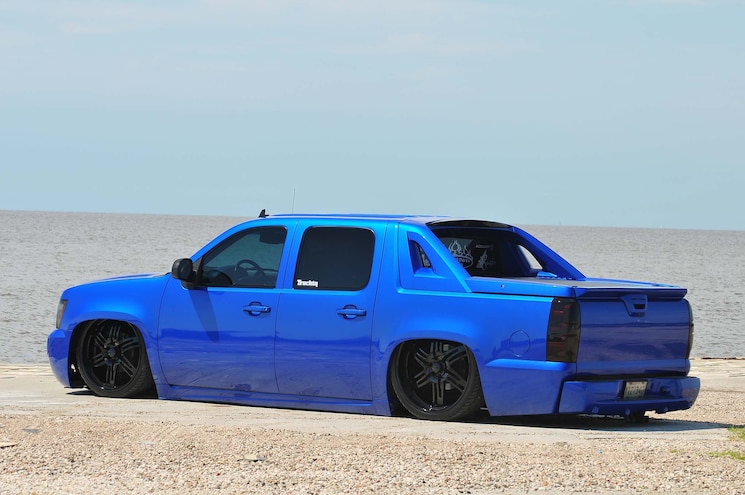 The Chevy truck was painted black with some graphics and it had an airbag setup already installed, but that wasn't enough for an evolving Mook. His goal was to make the Avalanche something unique. He brought the truck to Michael "Kandy Man" Dauzat where a House of Kolor concoction of blues was laid out to pop in the sunlight. Pat Maxwell came in to handle the airbrush work in the cabin and engine bay.

Although the Avalanche was already bagged, once it was on the lift, Mook noticed it wasn't built safely. The stock control arms were on the wrong side of the truck. He enlisted Kevin at Endless MetalFab to tear the truck apart and entirely rebuild the front end to make it much safer for travel. Mook added a powdercoated set of Intro wheels to help offset the new bright color and elevate the Avalanche's appeal. The stock running boards were removed and custom rockers were added to give it an even lower look. 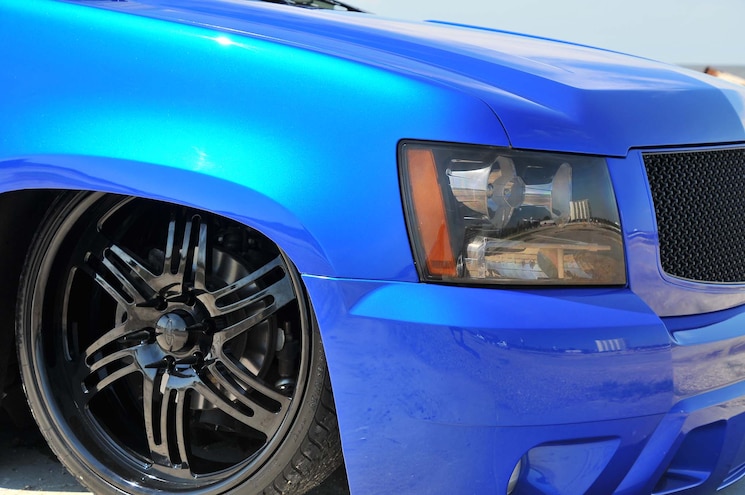 Within a year of the build, Mook unfortunately lost two people who were very close to him, his uncle and grandfather. They were oftentimes intrigued by what Mook had done with previous trucks and were very excited to see the progress on his Chevy. Mook wishes to thank his grandfather, Jerry C. Templet, and his uncle, Simon Templet, for that extra push to complete the Chevy. His mother and father, Ivonne and Jerry Jr., were the catalysts for his passion and work ethic. And his two young daughters, Braelyn and MiaBella, help Mook stay grounded and focused. He wishes to thank his Ground Zero Is R Limit family and friends for all their support. EvolAvy has evolved into one complete custom Chevy Avalanche. 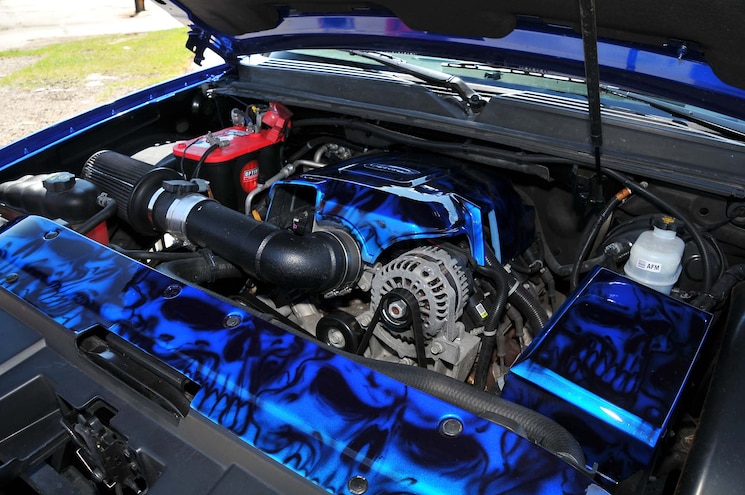 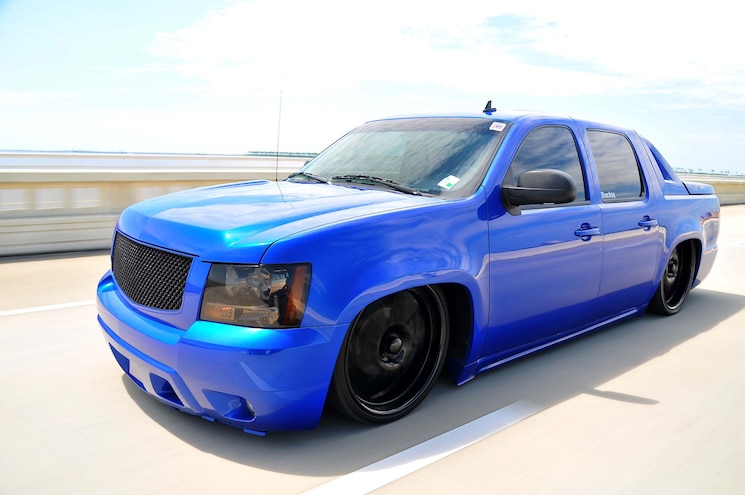