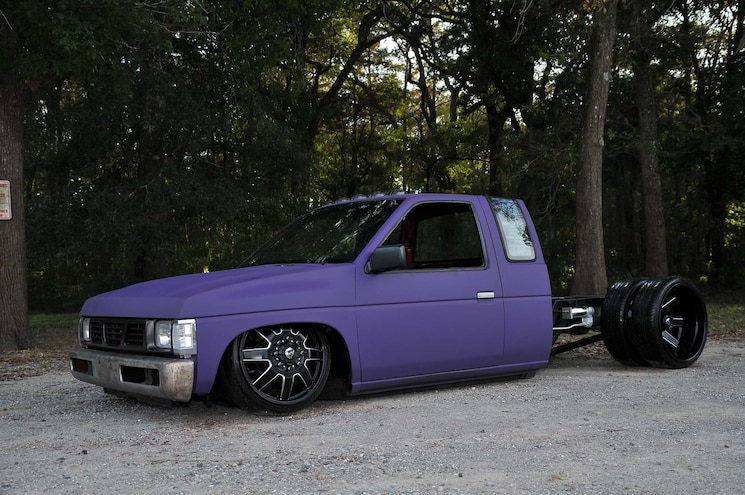 Gordon Williams has a long lineage. He's the third, with his father being Gordon Williams II. Gordon's father raced boats and motocross, and together they enjoy all the competition and building of custom machines. At 16, Gordon's interest shifted to trucks, and when he moved to Searcy, Arkansas, he enrolled in automotive classes to home in on his passion.
His vehicle was a Chevy Tahoe, but he lost control around a tricky corner and totaled it. His insurance company wouldn't pay to replace the truck because all he had was liability, so he ended up scrapping it for $600 at a junkyard, which left him with a very limited amount to purchase a new vehicle. Luckily, one of his classmates was selling a '95 Nissan D21 that wasn't running for $500. Gordon quickly snatched the truck up and started diagnosing the issues. Once the Nissan was running, he began making plans to make it unique. 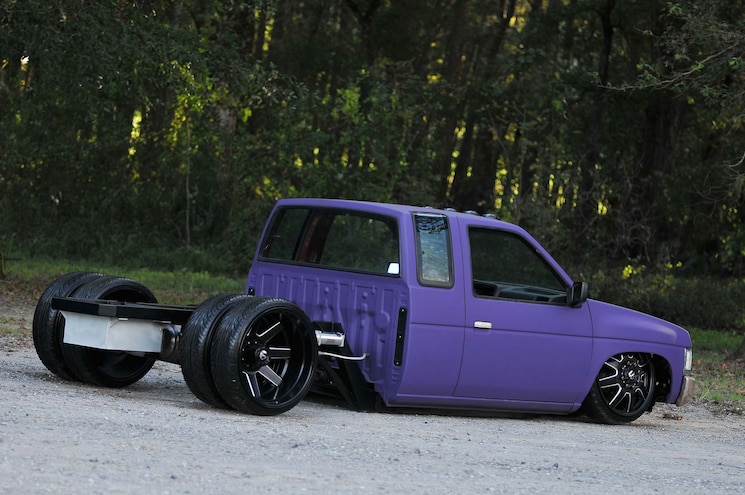 View Photo Gallery | 5 Photos
Photo 2/5   |   Busted Knuckles 1995 Nissan D21 Hardbody Dually Rear
Gordon started building a new back half by doing some welding himself, although the first couple of attempts were pretty bad. "I definitely bit off more than I could chew," Gordon tells Truckin. "I had visions greater than my talents." Well, his talents started getting better, as he began converting the Nissan to a dualie. The original idea was to build a dualie flatbed with welding equipment so he could repair other vehicles on the spot, but when Gordon's father was in a serious dirt bike accident and eventually passed away, the Nissan was put aside for a year.
Gordon was later introduced to William Crandell who had just as much interest in custom trucks as he did. After looking at Gordon's Nissan D21, William convinced him to get back on track and fix it up. "I learned quickly that William was a top-notch fabricator," Gordon adds. "I had the vision and he had the talent." The duo spent many long nights coming up with ideas, and William convinced him to lengthen the wheelbase and narrow the rear end. The Nissan still wouldn't lay frame due to the 20s in the front hitting the firewall, so a couple of nights were spent getting it trimmed until the frame finally laid on the ground. 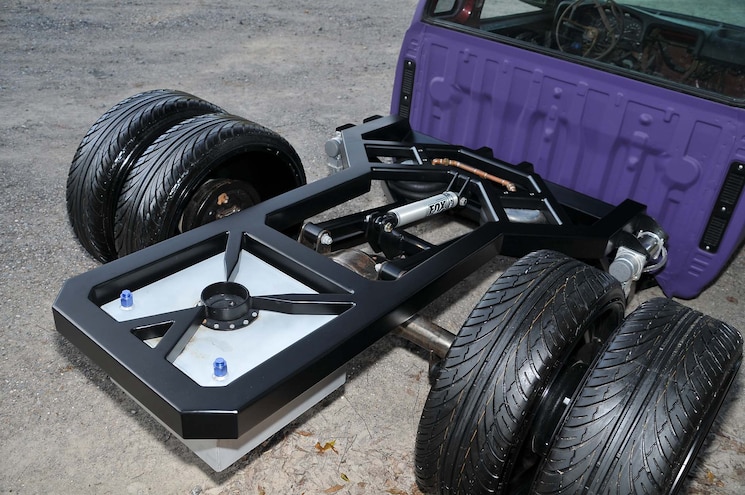 View Photo Gallery | 5 Photos
Photo 3/5   |   Busted Knuckles 1995 Nissan D21 Hardbody Dually
The next step was building the suspension with new control arms and a triangulation kit. The compressors were mounted and the brackets were built along with the new axles that incorporated the dualie hubs and adapters. The battery was relocated to inside the cab along with the air tanks. Gordon's wife, Amber, is a huge fan of purple, so the black paint was stripped off and replaced with flat purple coating to make her happy. Trying to incorporate a rat-rod style, Gordon fabricated a steering wheel and a hatchet shifter for a steampunk look. When he was hired on as a welder for a commercial plumbing company, Gordon began working extensively with copper pipe. He fabricated some into manual valves for the air ride and used wrenches to open and close the valves to the suspension.
Under the hood, Gordon added a long-tube header for a 240SX and built a custom breather for it. A custom exhaust was built to make it work. William and Gordon went in together on an '86 Chevy 1-ton that was used as a propane tank service truck. William removed the bed and tanks for his truck and Gordon is currently working on transferring the larger 350 into the engine bay of the Nissan. 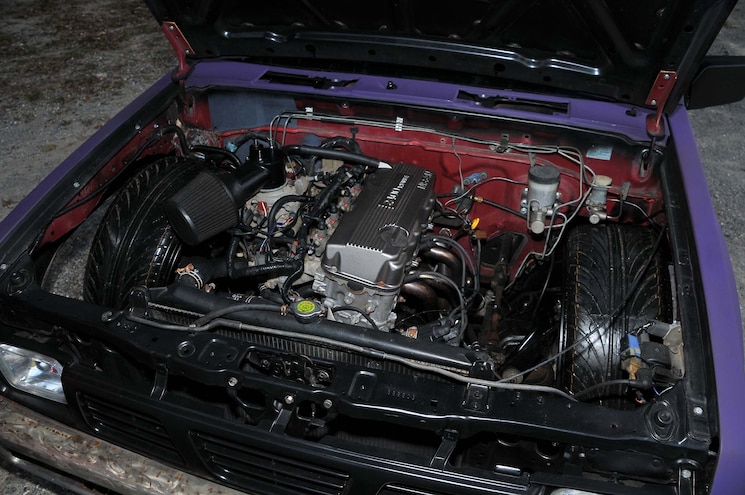 View Photo Gallery | 5 Photos
Photo 4/5   |   Busted Knuckles 1995 Nissan D21 Hardbody Dually Engine
The Nissan needed that extra boost from William, but both came together to design and create something unique and impressive. Gordon wants to credit his work ethic and perseverance to his late father. A special thanks go to his wife, Amber, for her support and understanding that the truck lifestyle plays an important role in his life. Chasing his dreams wasn't an easy path or one without problems and obstacles but, nevertheless, Gordon is proud and looks forward to finally finishing his project. 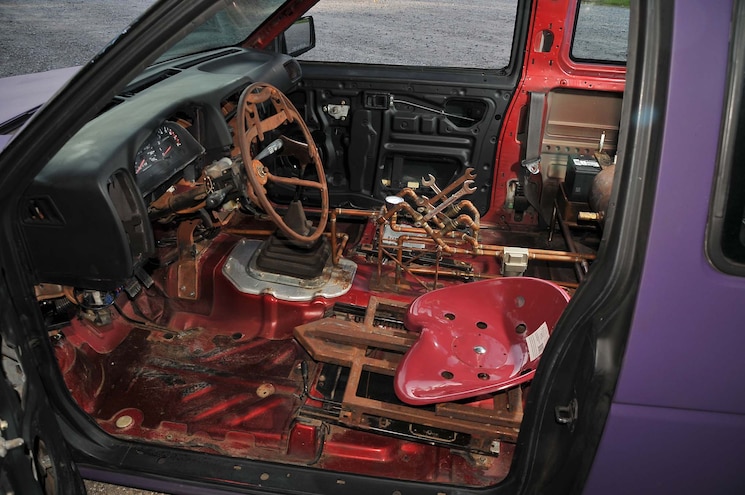