Don't Judge a Book by Its Cover Living in California, Colton McNees was exposed to all sorts of custom hot rods and trucks cruising down Highway 1. As a young child, he collected all the cool Hot Wheels he saw at the store, and that's where his love of cars and trucks began.
In 2005, during his senior year of high school, Colton's family moved away from the Golden State and headed east to Oklahoma. While living in Oklahoma he noticed there was money to be made in the oil fields, so as soon as he graduated, Colton headed off in search of a job in the oil industry. 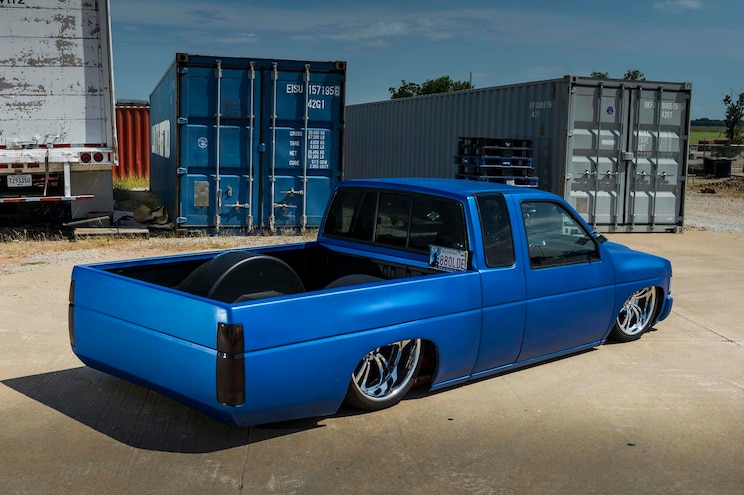 View Photo Gallery | 11 Photos
Photo 2/11   |   1995 Nissan King Cab Lil Sketchy Rear 3q
While traveling around the state for his job, he started to take notice of the various truck scenes popping up in Oklahoma. So he began to search for a good starter truck of his own that he could work on during his free time. He found a '94 Chevy S-10 with a 2-inch lowering kit already installed. Before long, he was driving his first mini-truck home. The excitement of his newly found S-10 was short-lived, though. While driving home one evening, a deer ran out in front of Colton, totaling the truck. 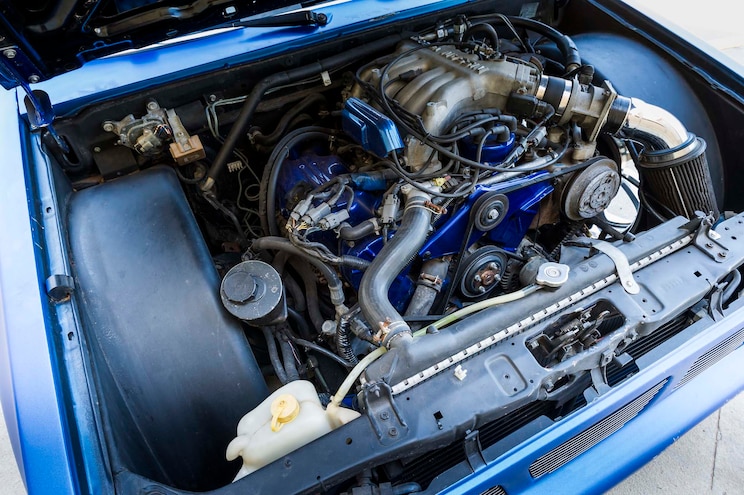 View Photo Gallery | 11 Photos
Photo 3/11   |   1995 Nissan King Cab Lil Sketchy Engine
Years passed, and Colton found himself moving to Elk City, Oklahoma, for work. There, he met Dylan Dirickson, who was in possession of a '95 Nissan Hardbody king cab that was body dropped on big, billet rims. This was a Holy Grail to Colton, and he just knew he had to buy it from Dylan. After some tough negotiations between the two, a price was worked out and Colton was the new owner of a body-dropped, custom mini-truck. 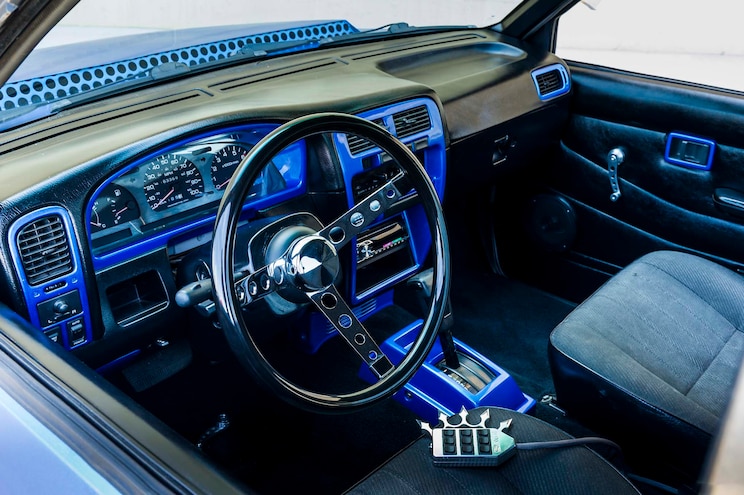 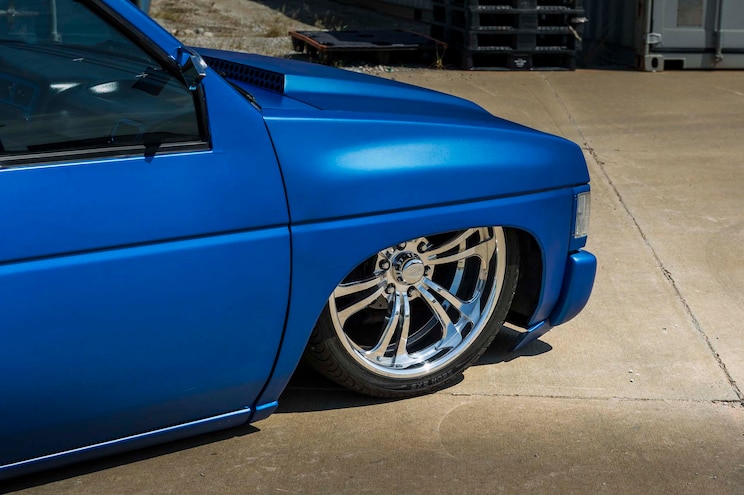 View Photo Gallery | 11 Photos
Photo 5/11   |   1995 Nissan King Cab Lil Sketchy Wheel
The first thing he did was name the Nissan. After a few short drives around town, it came to be known as Lil' Sketchy—partly due to the fact that the stock transmission was at its last gear change and was in major need of replacing. After replacing the transmission, he was able to enjoy his new Hardbody at the local truck shows and cruise with his friends just like he had always envisioned as a kid. 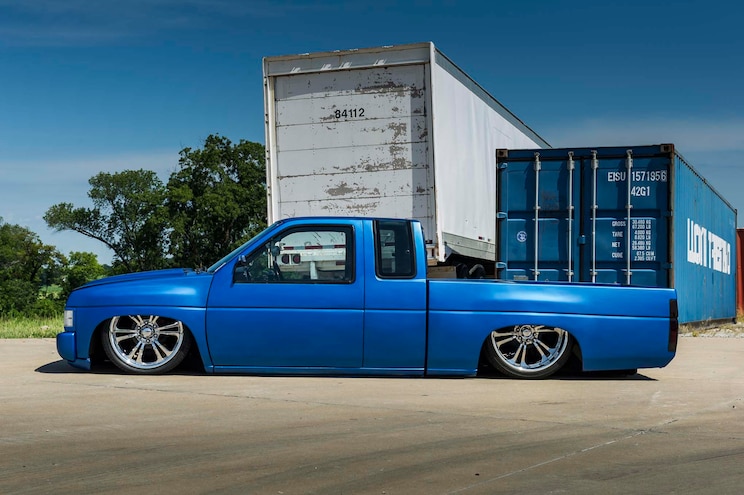