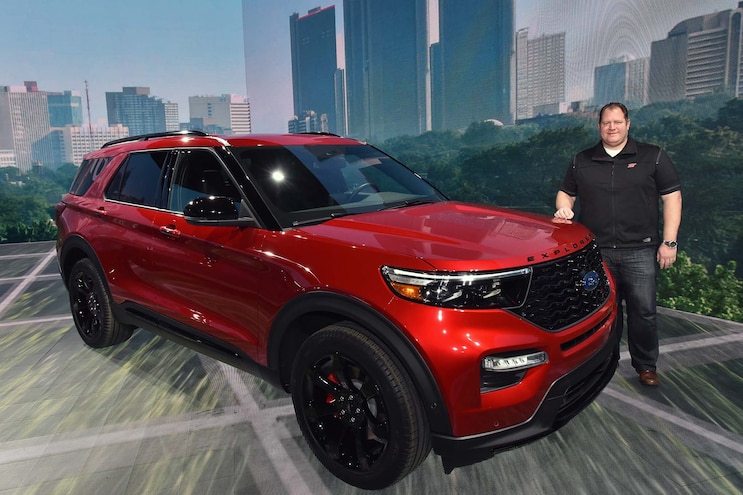 Bill Gubing grew up in the Long Island hamlet of Smithtown, New York, with a car-guy father, but he says he devoted most of his non-academic school time to playing hockey instead of tinkering with cars. He has more than made up for that since.

Gubing earned his mechanical engineering undergraduate degree from Bucknell University and his engineering management graduate degree from Dartmouth. He led the SAE Mini Baja race team in his senior year at Bucknell; then, while at Dartmouth, he ran its Formula SAE team's finances and engine development efforts. "That was a great combination of technical leadership and business operations of a car project," he remembers. "I really learned a lot about engine development, the mechanics of a race car, and leading a team that did not directly report to me to bring that project together." 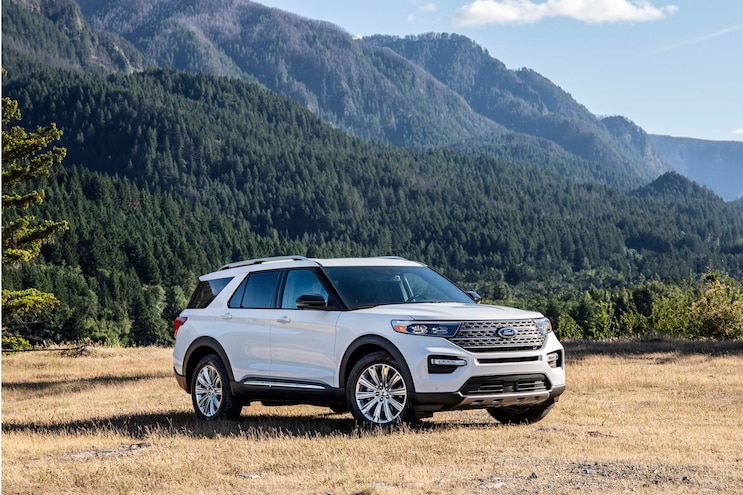 He worked an internship at Ford between his two Dartmouth years, then in 2000 he took a full-time position at Ford. Now, after 19 years and a full decade as Explorer chief engineer, "I'm doing a larger scale of those exact kinds of projects," he says. "The ability to influence the product to tailor it to the customer is very exciting. When I see customers at gas stations, at Home Depot, with their families on vacation, the satisfaction they get from these vehicles makes me feel good about what I've been able to accomplish with this team."

We sat down with Gubing during the 2020 Explorer media launch in Stevenson, Washington.

Truck Trend: What were your top objectives on this program?
Bill Gubing: Attention to detail. We spent a tremendous amount of time focusing on all the little details about how people use these vehicles. For example, one criticism of the 2019 Explorer was that it was big on the outside but felt small on the inside. So we meticulously went through every inch of the door trims, the seats, and center console, and eked out every millimeter we could—and got almost 40 mm more cross-car space. We worked on the rotary shifter and on the front media bin to ensure easy hand access to the USBs. In the second row, we added cupholders to the doors and made them square so they hold kids' juice boxes. 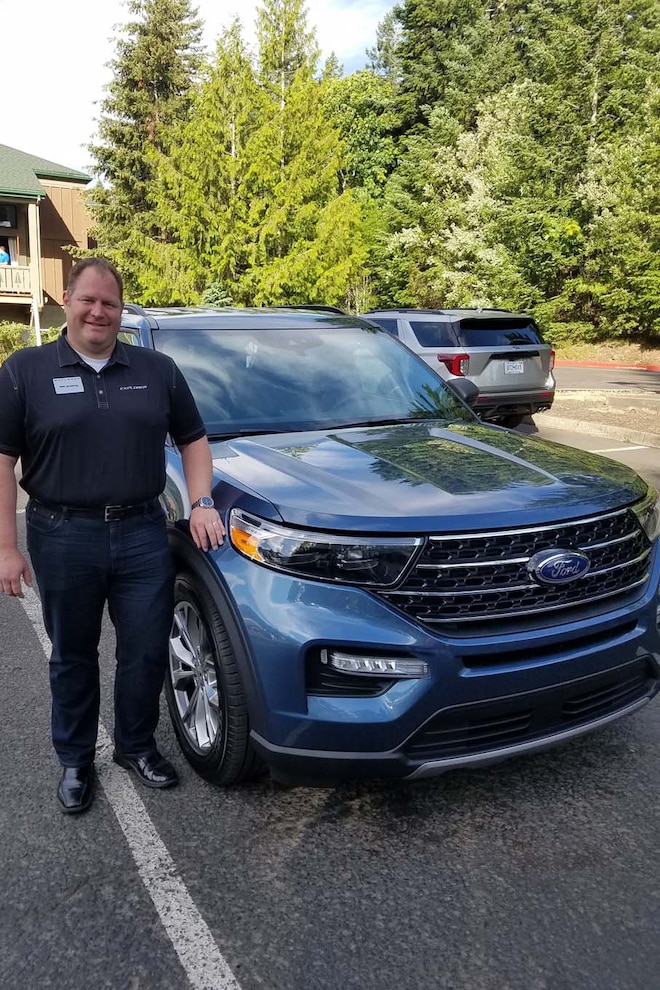 TT: Which targets were the toughest challenges?
BG: The fuel economy and emissions standards presented quite a challenge, and the team had to work together to design more efficiently and reduce weight. Weight was a tremendous challenge and focus. We did big group design reviews where the engineers would bring in all their parts to look at them through the CAD (computer-aided design) model. Could we put a lightening hole here, change the ribbing structure there? We focused on gram after gram after gram through the whole program, using our CAE (computer-aided engineering) tools to optimize every part's pattern, structure, thickness, and material.

TT: Do you research competitive vehicles?
BG: Absolutely! Engineers love data and understanding what the others are doing, so we're constantly looking at our competition. And I love to just go out and watch. One thing I saw at Home Depot is that people would come out with a sheet of plywood and try to fit it into the back of their SUVs. And if it wouldn't fit, they would get frustrated and go back in and have it cut and bring it out in pieces. So we made our rear opening wide enough to slide that plywood in. Sometimes I'm pumping gas and someone will pull in with an Explorer, and I'll say, "Hey, that's a nice car. What do you like about it? What don't you like about it?" The candid, very truthful feedback you get can be telling.

TT: How tough were standard versus optional equipment decisions?
BG: That's another set of balancing and trade-offs and really researching customer feedback. The number one most requested feature was the power liftgate, so we chose to standardize that. But other features were not the most favored by functional buyers—radar-based intelligent cruise control, for example—so we chose to put it on the higher-end trims along with the 360-degree camera and other fancier electronic features. We had a sticky note board for each series and placed sticky notes on it by what we learned from customer research, and what we saw in the data and in quality reports from the previous generation. Then we moved those sticky notes around to make changes. 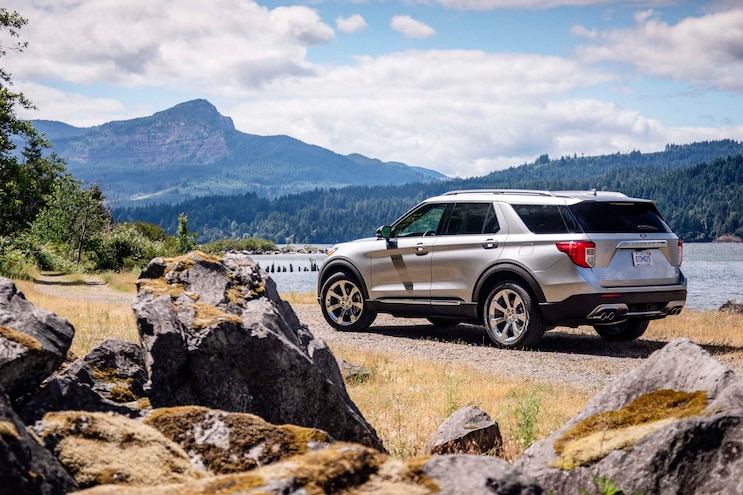 TT: As chief engineer, do you have much influence on design?
BG: Absolutely. Exterior design is the number one purchase reason for Explorer customers, and we are very fortunate to have the design team we have. Several of us have been paired together for many years, and that long-term pairing is one key to our success. Our designers are very focused on their craft, they have their vision and their methods, and they see things your average engineer doesn't. For example, the C-pillar was very important to them. They saw it as core Explorer DNA, and we had a lot of debate about where it should be. If we moved it too far forward, we would lose the look they were after. If we moved it further rearward, it would ruin outward vision for third-row occupants. But when everyone understands each other's goals and missions, we can work out the best compromises.

TT: Why rear-wheel drive?
BG: The decision to go rear-wheel drive was a big step. As we were laying out the platform, we wanted electrification built in from the beginning, and more capability, and we wanted to stretch the wheelbase. The previous generation was too tight between the first and second rows, so by stretching the wheelbase, we could spread the seats apart for more knee room. Planning for electrification, we could get the battery up under the floor so it didn't intrude into passenger space or ground clearance. And seeing the power packs we had coming through our development pipeline, that modular hybrid 10-speed rear-drive transmission was awesome. Towing and off-road capability were also factors, and a rear-drive car is fun to drive. The drive systems have come so far—we have a strong all-wheel-drive package with a great transfer case and great front-axle disconnects—that you don't need front drive in snow.