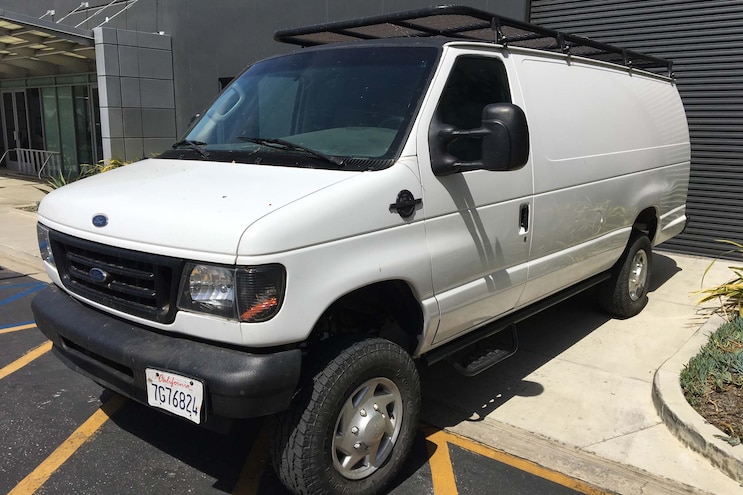 After more than 12 years as managing editor of Diesel Power, I've finally joined the oil-burning ranks! You read that right—despite spending the better part of my adult life working on this magazine (as well as sister publications Truckin, 8-Lug, and Work Truck Review), the only time I've ever piloted a diesel-powered vehicle was a sweet BMW during a trip to New Zealand. The rental company must have had me mixed up with someone else.
Until now, my stable of cars has included a Toyota Camry (which came with a bow for my 16th birthday; was broken into multiple times; and was stolen, driven through an automatic gate by two would-be murderers, and subsequently returned to me—unharmed—by the police), a lowered Honda Civic that overheated on more than one occasion and even caught fire on the freeway, a pretty reliable Honda Accord, a Scion XB (my first new car, fresh off the lot) I still miss today, and my current commuter: a Toyota Prius C.
Believe it or not, the latter deserves all the credit for converting me to the diesel side. (Bet you never thought you'd be cheering for a Prius!) As convenient as it is to get 46 mpg on the highway, it's equally inconvenient to try to pack a teeny car with two people, two rescue Chihuahuas, and camping gear. And while I'd love to have a decked-out Mercedes-Benz Sprinter or a $300,000 overlanding beast, my wife Michelle and I were searching for our adventure rig—not something that would bankrupt us. With a budget and odometer limit in mind, I started scouring Southern California Craigslist postings for Ford E-350s (I read they were reliable and easy to repair and saw them being used frequently by conversion companies such as Boho Camper Vans).

View Photo Gallery | 6 Photos
Photo 2/6   |   001 My First Diesel
Finding a cargo van with less than 100,000 miles on it in decent condition for the right price proved to be more difficult than I hoped. That's when my good friend, Diesel Power Editor KJ Jones, swooped in and suggested I try looking for one with a diesel powerplant. Two weeks later, I was on my way to Temecula, California, to check out this '03 Ford E-350 with the legendary 7.3L Power Stroke diesel engine. It was priced at $8,500 and had 255,760 miles on the odometer—which many people say is barely broken in—so the purchase was contingent solely on my mechanic's assessment, as I was already in love.
The verdict? Well, my mechanic was of the opinion that it would be a terrible idea not to buy it, considering all the critical components were sound and there are tales of this stout engine lasting for a million miles with proper maintenance. So it was a no-brainer to bring our first diesel, Vincent Van Go, home. We negotiated with the seller to reduce the price to $7,100 and immediately dropped Vinny off at Big Will's Truck and Auto in Riverside, California, for a few repairs: tie rods, ball joints, and the A/C compressor and blower (a must for us in Southern California). 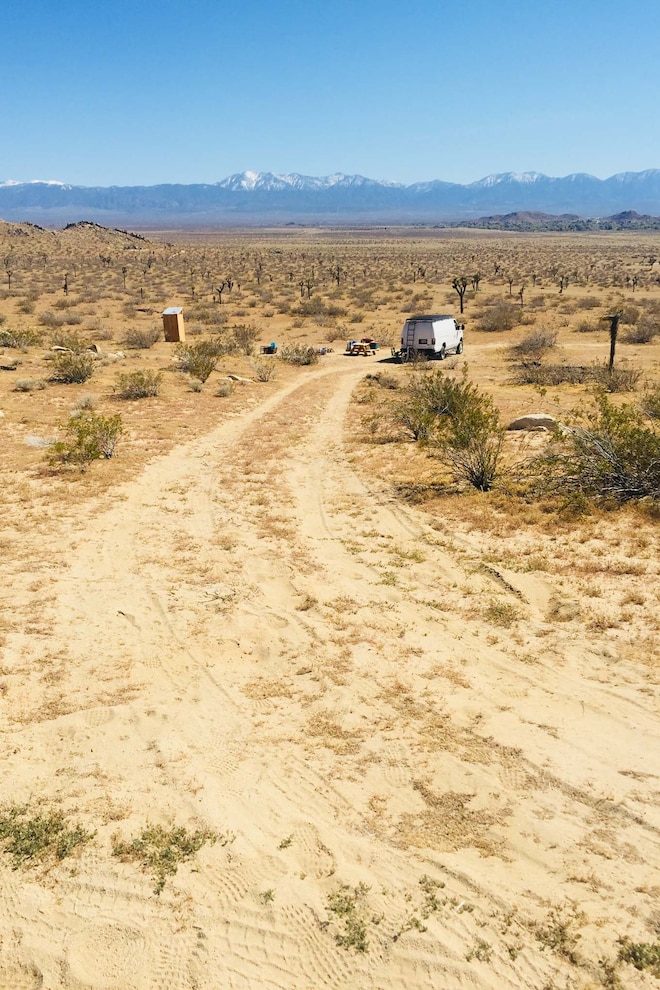 View Photo Gallery | 6 Photos
Photo 3/6   |   Vincent Van Go was purchased for the sole purpose of taking my family on camping trips. Though Vinny is a rear-wheel-drive van, we took him to this epic off-road site in the California desert and were rewarded with utter seclusion and starry nights.
Less than a week later, Vinny was loaded down with our gear and tearing up dirt roads on the way to a secluded campsite in the Mojave Desert. In addition to the space afforded by our new extended Ford E-350—which allowed us to bring everything we could think of and still have room left over—we were struck by the sheer power of the 7.3L Power Stroke. And if this van turns out to be even half as reliable as it is fun to drive, I believe we made a stellar purchase.
During Vinny's maiden voyage, we compiled a wish list (below) of items we want to replace, upgrade, or add to the van, as well as his current specs, which we'll update each month. What do you want to see us do to our new diesel? Any trails you want to see us hit or campsites you want us to visit? Email me with your ideas.
-Courtney McKinnon
CMcKinnon@enthusiastnetwork.com 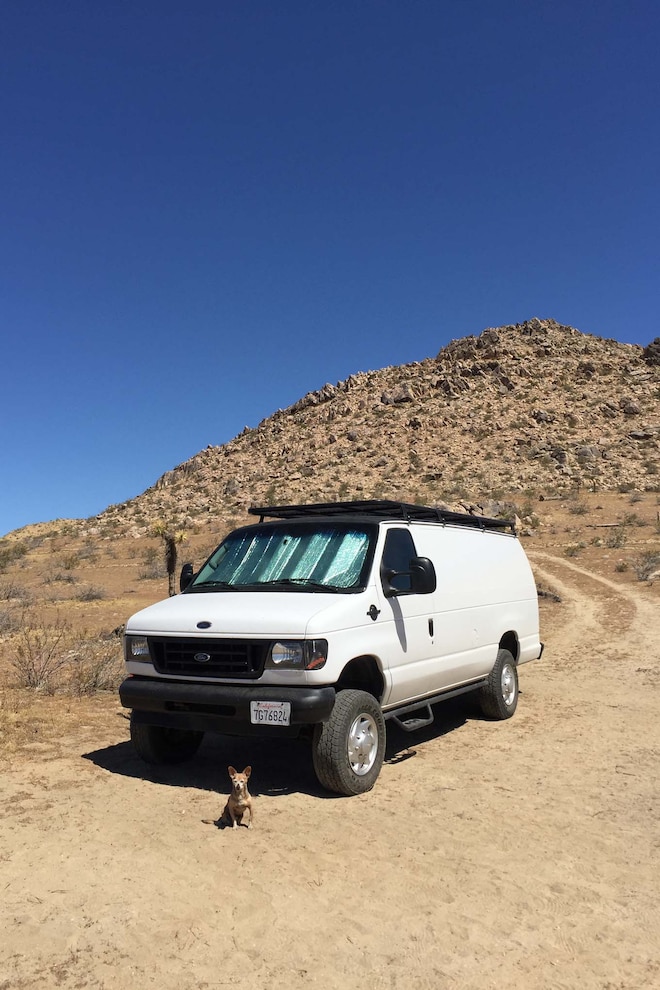 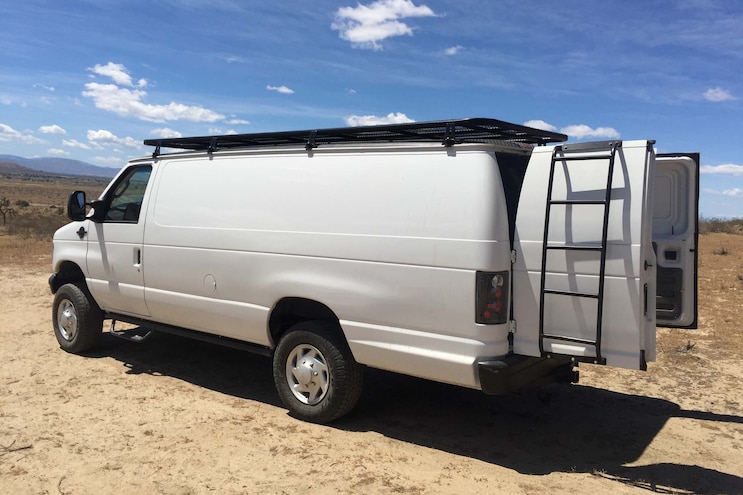 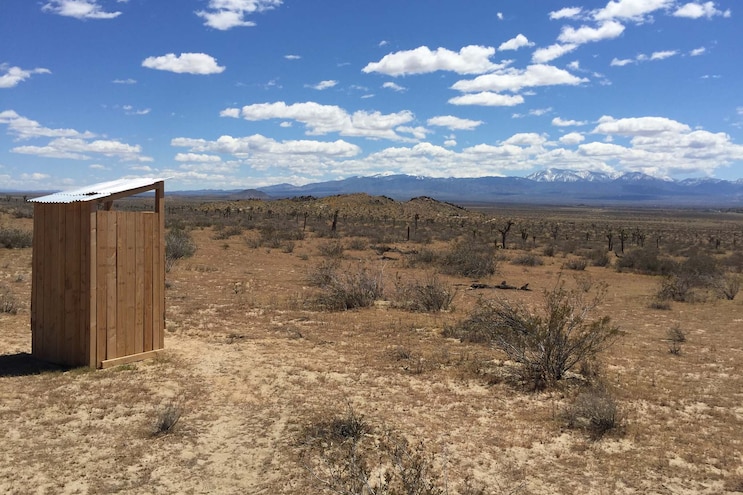 - OF
By Courtney McKinnon
3 Articles