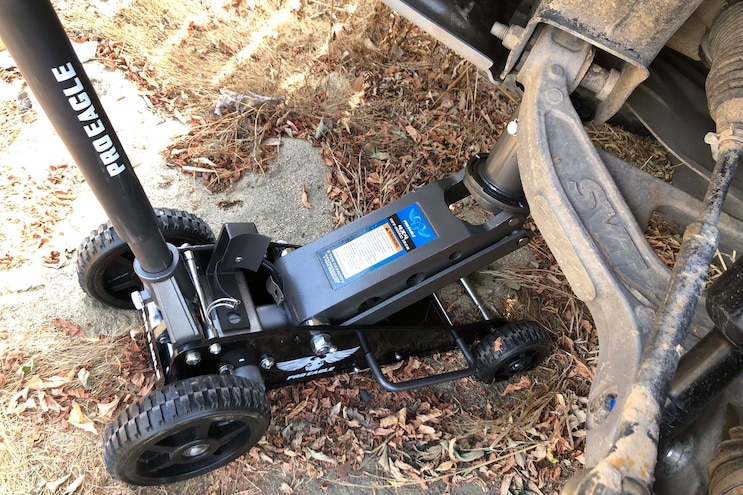 There's one tool that anyone who has ever worked on a truck has likely used at some point and that's the humble floor jack. Simple in nature, this necessary tool often leads to some of the most frustrating moments in the garage. Jacks can be heavy, they often become stuck on the smallest debris, some lack the lifting power for large (or even small) trucks, and they sometimes come up too short to even get the tires off the ground. This can be maddening.

Fortunately, the folks at Pro Eagle shared the frustrations of many and set out to build a jack that not only overcame these challenges but also excelled in an area most floor jacks don't: off-road. These jacks are constructed of aluminum to keep overall weight down and feature smart additions such as a full-length skidplate that helps provide flotation in dirt and mud along with keeping grime out of the functional bits. They come in three flavors, which include the standard 2-ton, a big-wheel 2-ton called "The Beast," and big-wheeled 3-ton named "Kratos." Weights range from 46 to 60 pounds and all three come with an 8-inch adjustable extension.

View Photo Gallery | 13 Photos
Photo 2/13   |   "The Beast" is equally as happy in the dirt as it is in the shop. Its large wheels easily roll over obstacles big and small, making this jack one of the most versatile we've encountered.

Needing a jack that could keep up with our projects around the shop and also head out on the trail with us, we opted to pick up "The Beast." Clocking in at just 52 pounds, this jack is easy to pick up and move around the shop. With the 8-inch extension installed, it provides 26 inches of lift, which is enough to get even lifted pickups off the ground. And the high-capacity composite wheels make rolling over obstacles such as extension cords and zip ties a breeze. "The Beast" was even named the best new off-road product at the 2017 SEMA show.

So far, the biggest problem we've had with our "Beast" has been the fact that it rolls so easily that we need to keep an eye on it so it doesn't roll down the driveway when not in use. Overall, we've been very pleased with the Pro Eagle jack, and it's happily handled every task we've thrown its way. 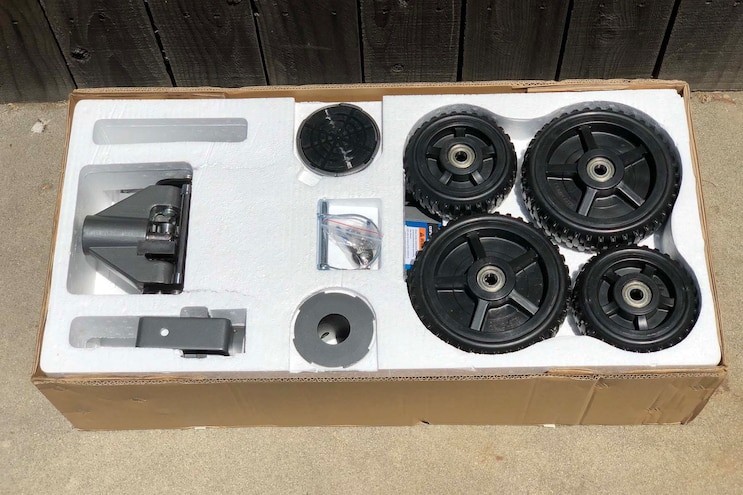 View Photo Gallery | 13 Photos
Photo 3/13   |   Our Pro Eagle jack shipped to us disassembled. Thankfully, directions were simple and straightforward, and everything needed to complete the assembly was included with the purchase. 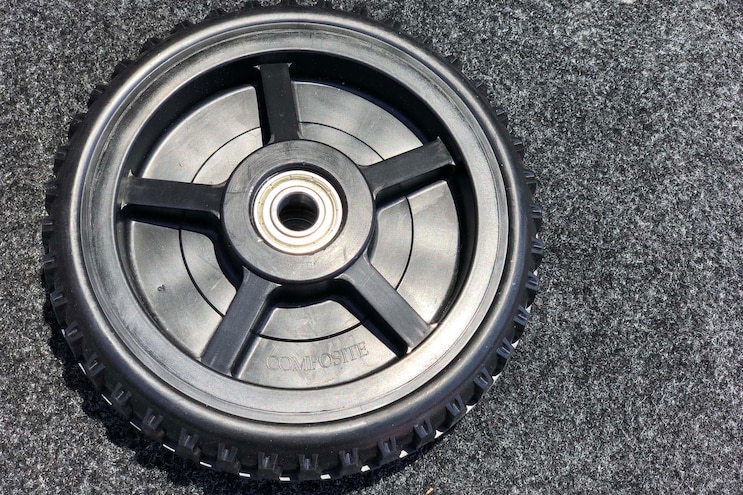 View Photo Gallery | 13 Photos
Photo 4/13   |   At first glance, you might think these jacks use inflatable tires. Well, that's not that case. Instead they use high-strength composite wheels. Sealed ball bearings keep dirt and dust out, keeping the jack rolling smoothly at all times. 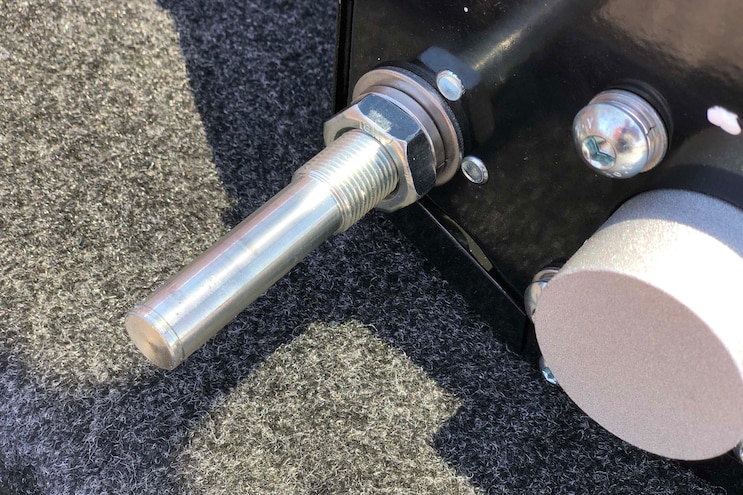 View Photo Gallery | 13 Photos
Photo 5/13   |   The big-wheel jacks are specially designed, and the wheels aren't just an add-on afterthought. Solid steel axles are used to ensure they hold up under pressure. 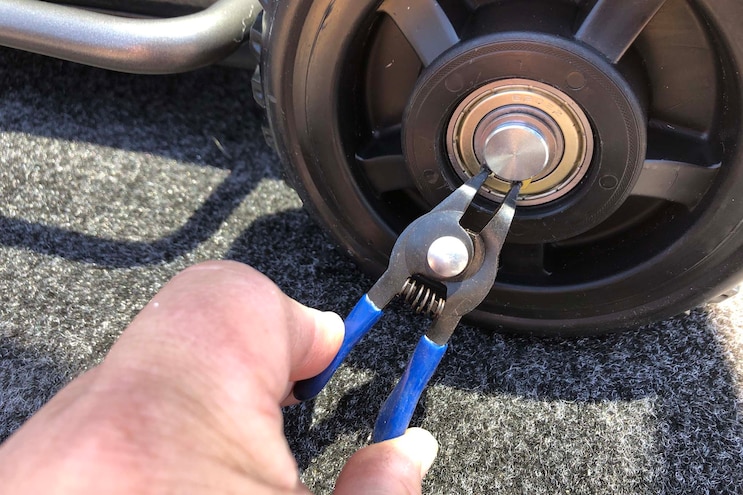 View Photo Gallery | 13 Photos
Photo 6/13   |   Remember we said everything needed was included in the box? Even the circlip tool needed to install the wheels is provided. 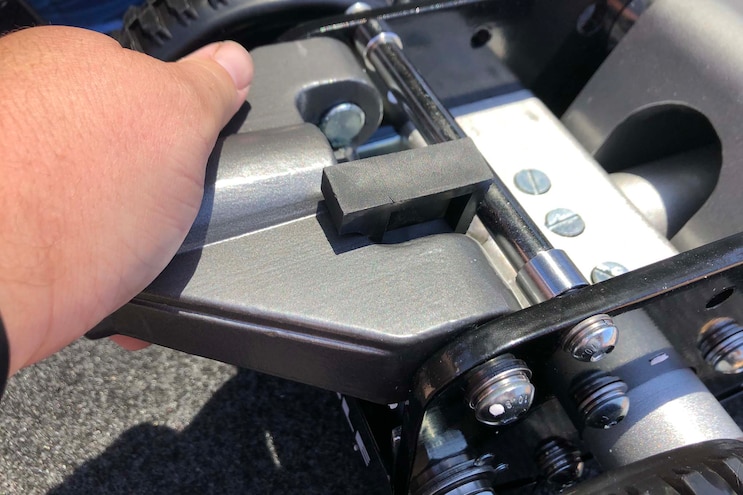 View Photo Gallery | 13 Photos
Photo 7/13   |   Don't let this step trip you up. The jacks ship with the handle locked in the down position and require you to remove this plastic stopper before the first use. View Photo Gallery | 13 Photos
Photo 8/13   |   Included with each jack is an extension with three levels of adjustability, up to 8 inches total. The extension also features a rubber grip pad on the top. For extremely tall vehicles, Pro Eagle offers a 15-inch extension. 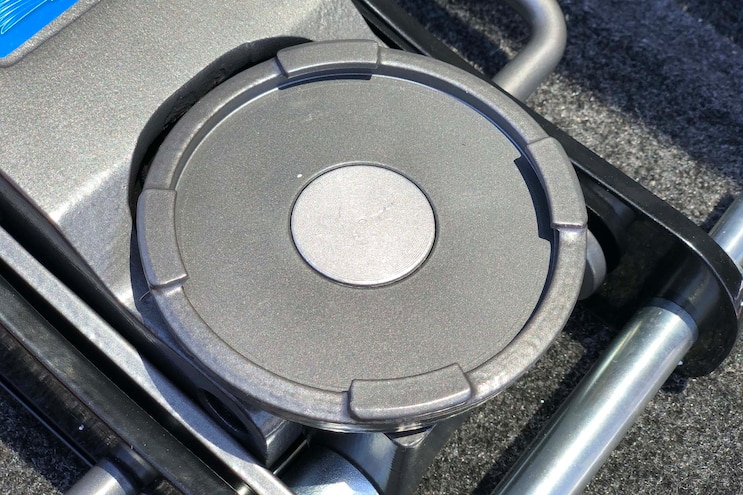 View Photo Gallery | 13 Photos
Photo 9/13   |   To keep the extension secure while lifting, the jack pad has four tabs the extension locks into. Already have a favorite jack and just want the extension? No problem, Pro Eagle offers them separately, along with a locking lift pad that may fit other jacks as well (your mileage may vary). 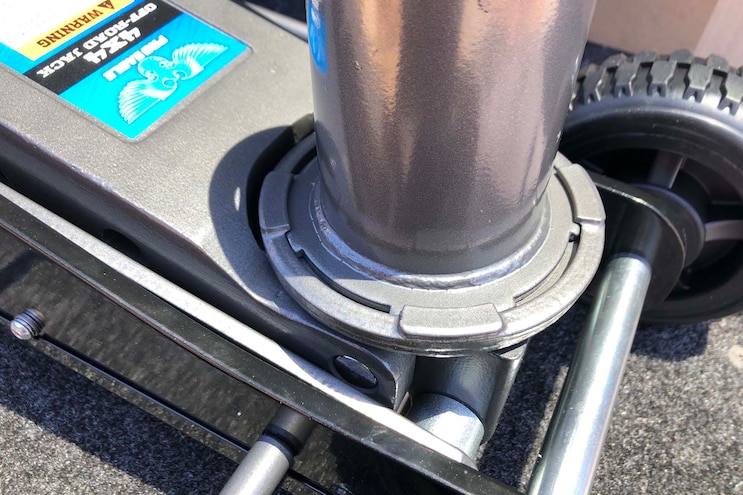 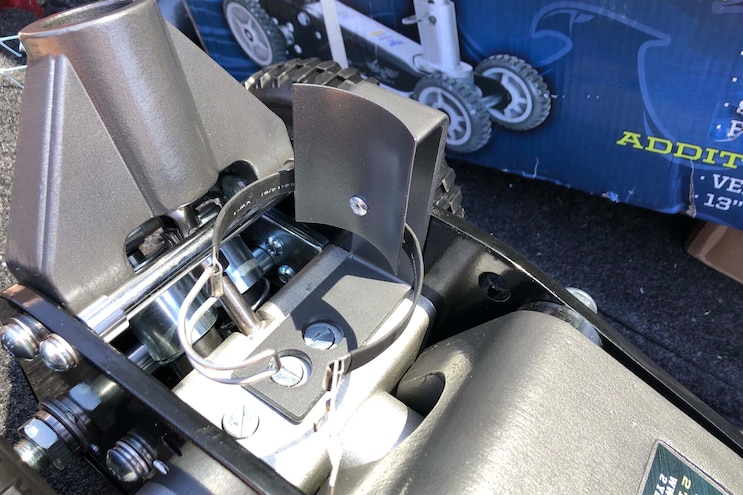 View Photo Gallery | 13 Photos
Photo 11/13   |   Naturally, if you have the extension, you'll also need a place to store it when not in use. To solve this issue, Pro Eagle provides a handy storage solution for the extension. Bonus: While using the jack and extension, this spot doubles as a holder for frosty beverages. You're welcome. 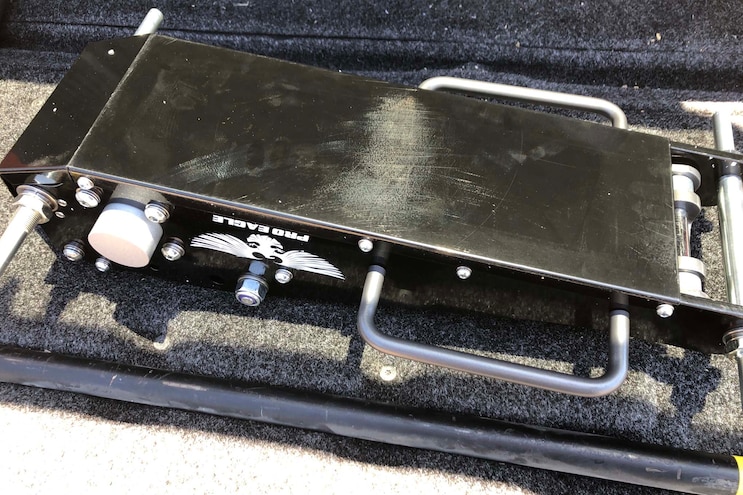 View Photo Gallery | 13 Photos
Photo 12/13   |   If you've ever looked at the bottom of a floor jack, you've likely noticed it's open straight to the lifting cylinder, return springs, and support structure. Thanks to a full-length skidplate, the Pro Eagle jack's vitals are protected from the elements. 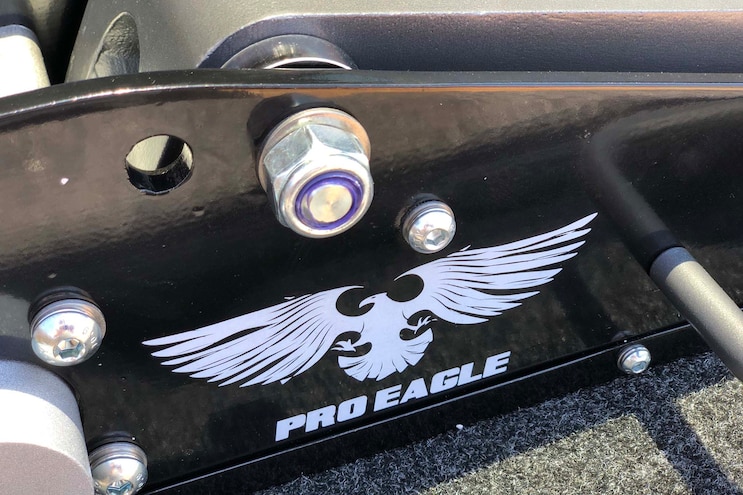