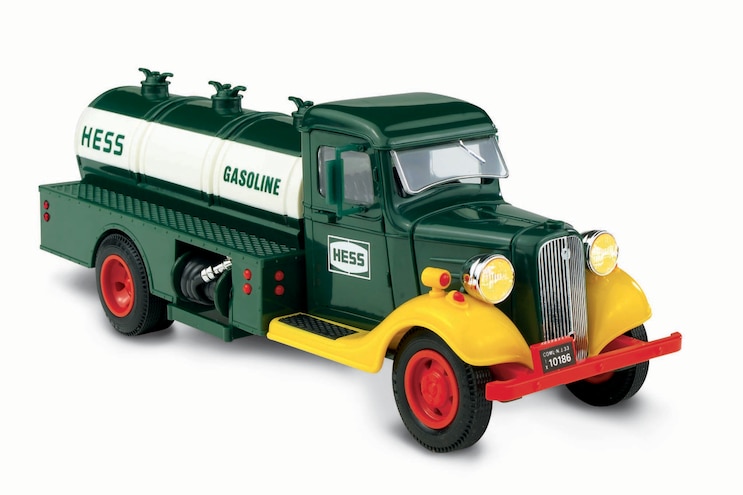 For some gearheads, Hess toy trucks are as much a part of the holiday season as turkey and pumpkin pie. That's when the company releases its latest model, a practice it has established over six decades. These days, things like working headlights are taken for granted in our toy vehicles. Back in 1964, when the very first Hess truck made its debut, it was a big deal. And batteries were included.

These toys, all limited editions that always sell out, have been made with an impressive attention to detail. For example, the first fire truck, introduced in 1970, had flashing emergency lights, detachable hoses, and a rotating water cannon.

A surprising amount of work also goes into each toy being produced. Each year's output is the result of several sketches and prototypes before whittling down to just one. Sometimes it may take six years to go from concept to production. Modern Hess toys might have around 200 or 300 components, as opposed to approximately 75 in the original products. 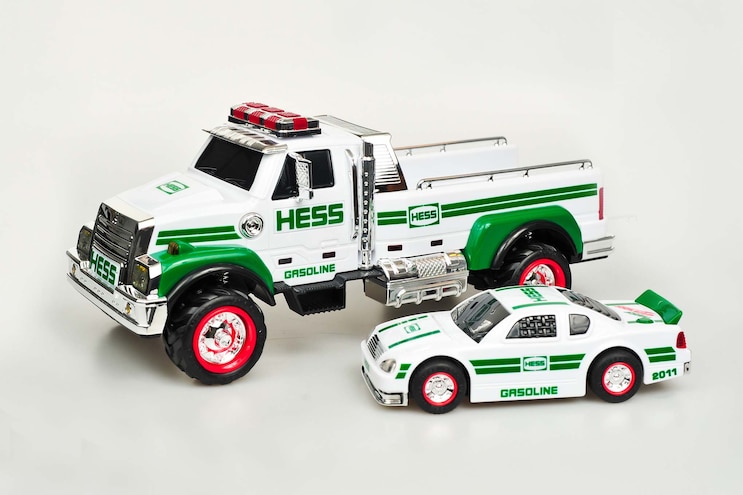 Those early models had themes that reflected the Hess Oil & Chemical Corporation's operations in real life. That 1964 truck was a tanker bearing the company's logo on the side paired to a Mack tractor unit. The fire truck was modeled on an actual vehicle used at the company's refinery in New Jersey.

Yes, Hess is more of an East Coast thing. Then called Hess Incorporated, the company was established by Asbury Park, New Jersey, native Leon Hess in 1933, when he bought a used tanker truck and began delivering fuel to private homes. Hess was an enterprising and resourceful man and even became a fuel supply officer during the Second World War. Back home in peacetime, a network of Hess gas stations developed, and it was here that the first toy trucks went on sale.

So began a tradition. People who are now grown-ups remember their parents buying the newest Hess model. And kids being kids, they tore away the packaging and started playing with them, probably crashing them into other toys while making their own sound effects and generally putting these playthings through toy hell. They were (and still are) made well enough to take the punishment, but if only those kids had known then what we know now. 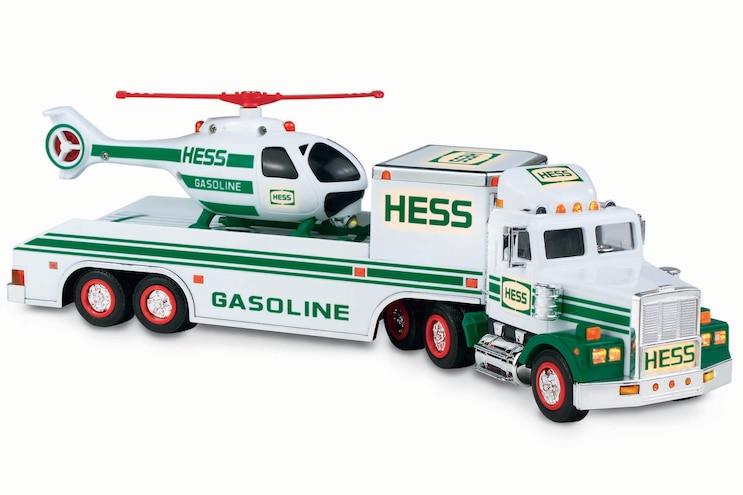 That 1964 tanker toy initially cost $1.39 (about $11 in today's money, so still pretty reasonable). A pristine example, however, could now tempt a collector to spend up to $2,000. Just like many toys, they're always worth more in the original box. Anyone thinking of starting a collection could check out eBay to acquire some of the rarer pieces, or trawl around the toy fairs.

Times have moved on, as they always will. More recent Hess toys have gone beyond the scope of a typical oil company's vehicle fleet to include racing cars, police cars, bulldozers, helicopters, jet fighters, and a Space Shuttle complete with a satellite in the loading bay—all in the green-and-white Hess livery.

The retail side of the business was sold to Marathon in 2014, the final year Hess toys could be bought at a gas station (it was a flatbed truck with a deployable launching ramp and a "space cruiser" craft). Those Hess gas stations were rebranded Speedway. But the Internet has become our virtual toy store and a lifeline for this singularly American legacy. Today's Hess Corporation has vowed to keep making toy trucks (along with other vehicles) and selling them through its own website. The 2019 model goes on sale November 1. There's now also a mini collection of smaller toys. And batteries are still included.