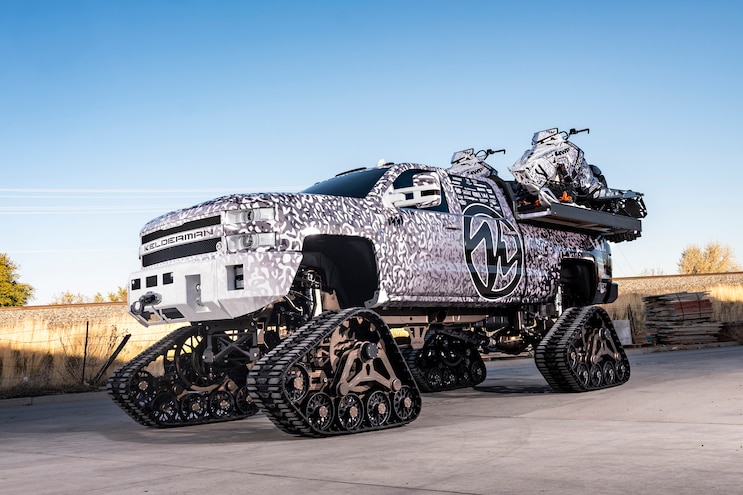 Purpose-built isn't always the case for most wild and crazy SEMA builds that we see year after year. However, David Fischer, of St. Paul, Minnesota, had the perfect "purpose" in mind when he approached Kelderman and Wold Fab with this wild build concept, not just to wow the crowds at SEMA.
David is a professional snowmobile athlete and wanted something that could get him not just through the regular "city snow" with ease, but something that could go straight to the mountains with him. When Fischer first contacted Kelderman, they didn't quite know if he was serious. I mean, how many fully capable "snow tracked" HDs do you see cruising around the mountains? But after the crew caught wind of David's past builds, including some wild Polaris' creations, they had no doubt that he was completely serious in making this happen. 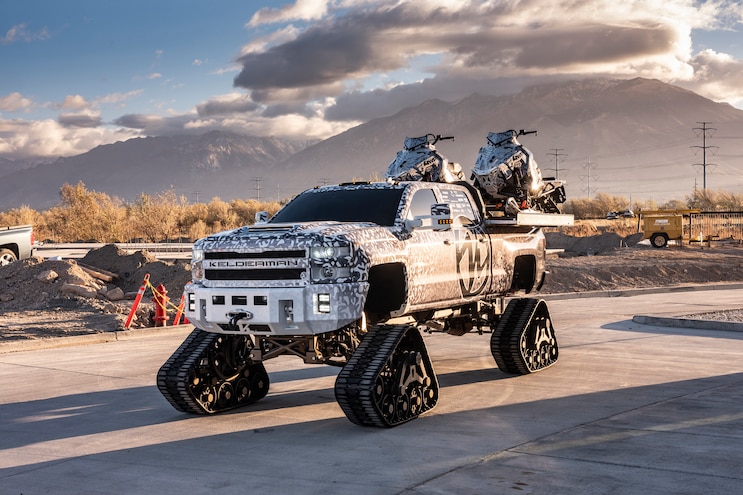 View Photo Gallery | 14 Photos
Photo 2/14   |   2016 Chevy 2500 High Country High TraX
So with pen to paper and ideas beginning to turn into plans, Wold Fab was at the top of the list to bring this insane vision to life. After catching up with Wold and seeing not just their performance turbo upgrades and custom fab work, but taking keen notice in their one-of-a-kind fully functions custom snow track setups Fischer was hooked. With a short time line but huge amounts of talent the Wold crew and Kelderman team made quick work of getting the Chevy HD up high enough to make plenty of room for what was to come next. The Kelderman 12-inch air-ride setup created the perfect height and level adjustments not just for towing Fischer's snowmobiles but also to clear the massive tracks that Wold Fab was putting together for this beast! 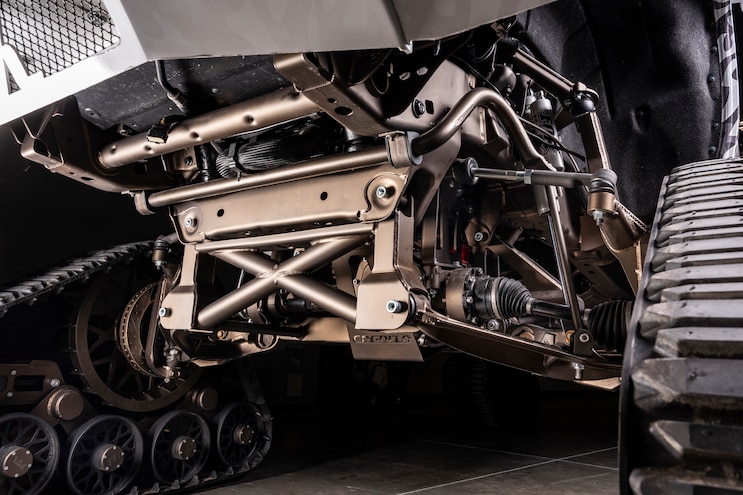 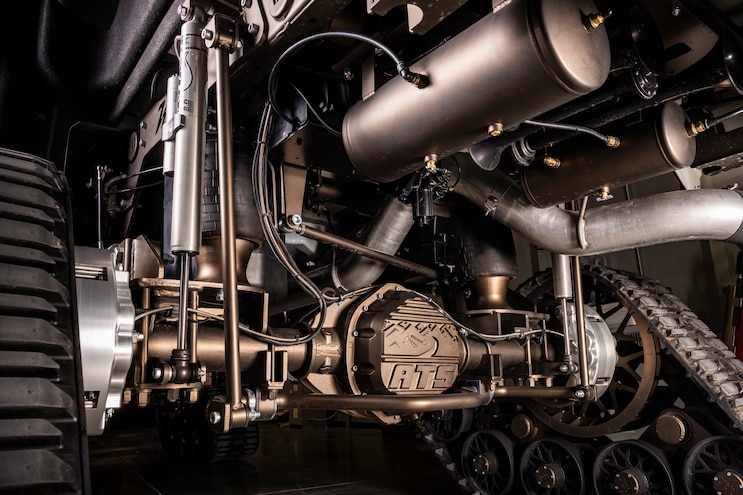 View Photo Gallery | 14 Photos
Photo 4/14   |   2016 Chevy 2500 High Country High TraX Rear Suspension
To power such a gnarly setup they also worked up an upgraded turbo, PPEI tuning, and a healthy dose of MBRP exhaust exhale notes to make her sing just proper like. Not to mention being able to turn the massive tracks both on and off road. This punched the ticket quite nicely, and with Wold wrapping up the rest of the powdercoated parts and suspension, it was about time to put on her dress for the big November ball.
High TraX definitely needed a bold exterior statement to match the impressive underpinnings. Next up, a set of Kelderman Alpha Series bumpers were hung and outfitted with Rigid lighting both front and rear. A Kelderman custom grille and Rigid lightbar additions round out the trail readiness and it was about time for the final act. David got with ECD Customs to work up the perfect wrap to help tie it all together. 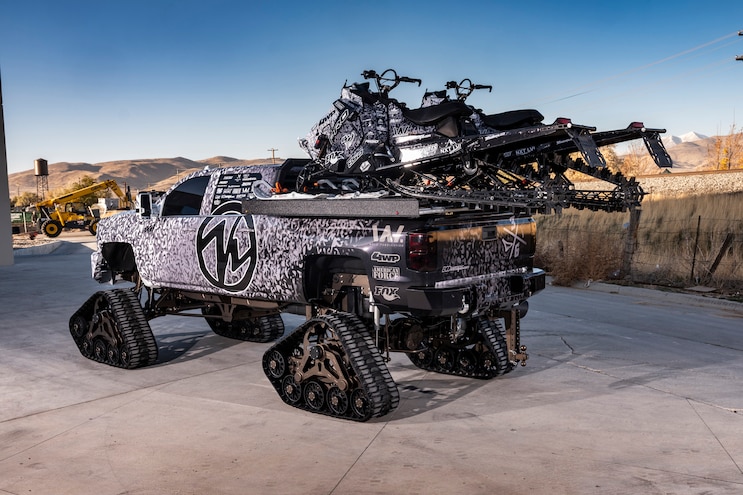