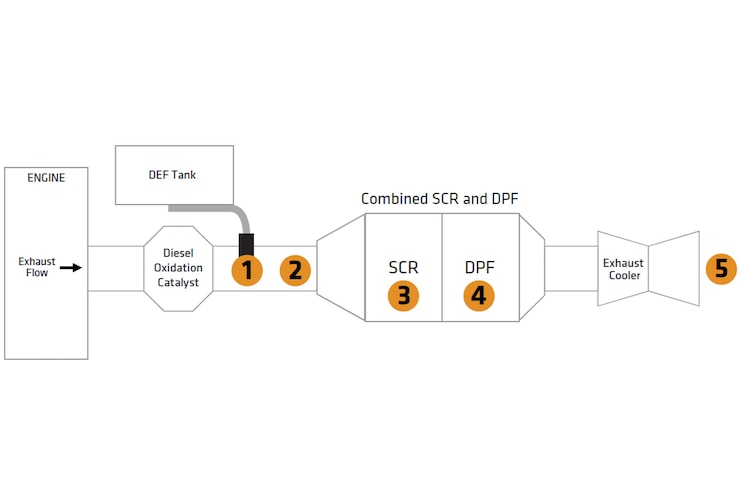 If you engage in a discussion about emissions (and the smog equipment that's required on most vehicles) with diesel enthusiasts, beware there's a strong possibility their comments will cover a wide range of emotions. Some may be annoyed the subject even came up, while others could get downright angry and offer very strong opinions on the topic.

Emissions-equipped diesels are here to stay. It makes no difference whether you are buying a new pickup truck, road grader, or ocean liner, exhaust output will have to be regulated in some fashion in order to operate it. However, with that being said, and understanding this will be the standard moving forward, I believe there is a light at the end of the tunnel. That light being technology.

Let me explain. To me, right now, diesel engines—particularly the ones found in pickups and other vehicles we drive—are in the same realm gasoline-powered engines were in the late '80s and '90s. During that time, manufacturers were just trying to figure out what worked best in their effort to keep up with increasing government regulations.

Gas engines were pretty lame during this time. They were detuned, and parts like air pumps, EGRs, and catalytic converters were just slapped on with no real understanding of how to make them work more efficiently to reduce pollution.

It took a few years, but new technologies and designs have provided the gasoline market with improvements in performance that are better by leaps and bounds, while still meeting the Environmental Protection Agency and California Air Resources Board's strictest requirements. Along the way, they have eliminated some of the early emissions equipment (air injection and EGR) and refined the rest. Take for example how much improvements have changed horsepower outputs. In 1999, the high-output engine in a Chevrolet Corvette featured an iron block engine that made 345 hp. Now, in 2019, a Vette can be optioned with an all-aluminum 755hp beast. And the lowest optional engine available still makes 455 hp. Emissions systems are now far better refined and tuned to a vehicle's engine, which allows them to make big power but leave a small emissions footprint.

View Photo Gallery | 2 Photos
Photo 2/2   |   The heavy, bulky, complicated emissions equipment found on new diesel trucks is currently required to operate them. In the not-too-distant future, there may be no need for all the different components to scrub the exhaust coming out. As technology continues to improve, engines may become less dependent on them to meet emissions standards.

The last 10 to 15 years have seen diesels hit hard with emissions regulations. The compression-ignition workhorses went years with nothing impeding gases that came out of the tailpipe. Then, all of a sudden, strict standards were imposed, forcing manufacturers to develop technology quickly and making emissions equipment more of a band-aid than a true solution. But, as diesel-engine design continues to improve (like its gas brethren), the band-aid might someday be refined and possibly removed.

Currently, new diesel pickups have an array of computer-driven checks, tests, and operations that ensure the tailpipe is clean. The emissions equipment consists of an exhaust-gas-recirculation system with a cooler, a diesel-oxidation catalyst, selective catalytic reduction, and a diesel particulate filter. Then there's an electronic management system and sub systems that make sure everything else is working properly.

As engineers make improvements in engine management, combustion, injection, cooling, airflow, timing, and such, efficiencies will get better, lessening the dependence on the parts currently needed for adhering to government standards. The creation of new emissions technology alongside engine development may bring the two sides more in sync. This union will also make emissions equipment less of an afterthought/add-on. In the big picture, it could potentially eliminate any need to fill a DEF tank or replace a clogged EGR cooler.

Despite the regulations and equipment imposed on diesel engines today, they are still able to make an incredible amount power. As manufacturers refine their products, we could see a continued increase in overall performance, better fuel economy, and a reduction in size and weight. Less componentry means the power unit can be made more compact with less mass. The implementation of different materials in construction can also help. There is no telling how far or which way the technology can or will go. Some yet-undiscovered science may change everything.
John