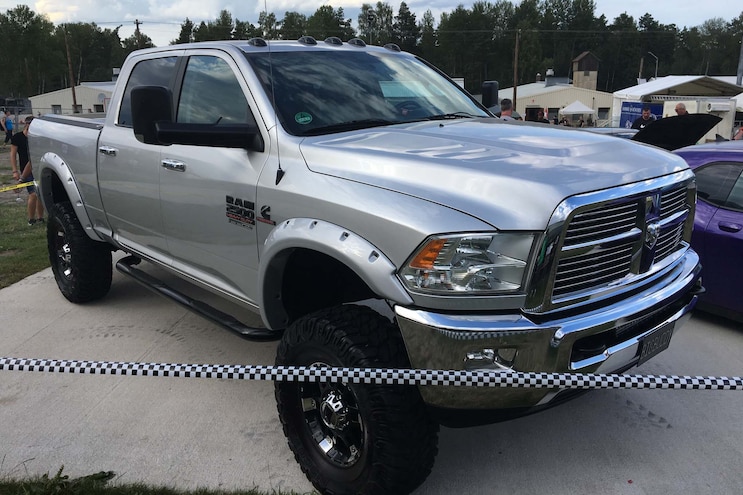 Once again, Particulate Matters comes to you by way of a plane flight. This time, however, I'm not in transit between Southern California and the location of a diesel-associated business or event in the U.S.

My wife and I are homeward bound from Europe, a vacation (it's called a "holiday" in the EU) that took us to four countries over the course of two weeks. This wasn't our first rodeo with big-time travel. We crossed the pond for the first time in 2017 and enjoyed it so much that we've decided to try and venture somewhere abroad every two years.

I originally intended to write this column—about the European diesel scene, and how it is night-and-day different from ours—after my first visit (to Denmark, Ireland, Italy, France and Spain). In a nutshell, diesel rules in those countries, and after touring England, the Emerald Isle (again), Holland, and Germany on this run, the overload was too great to not talk about. 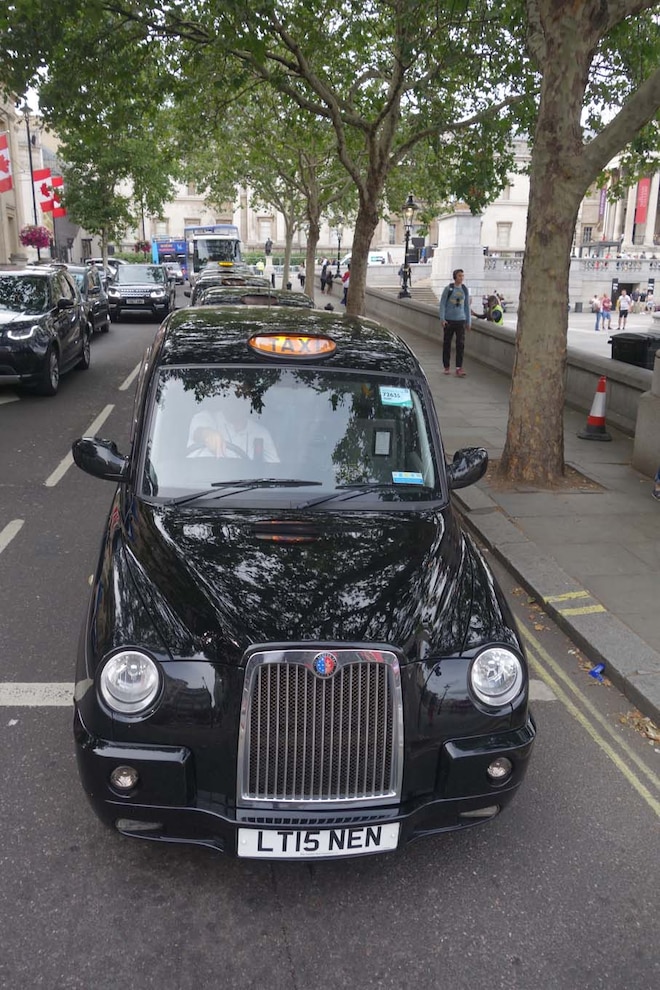 The first "experience" with diesels in Europe is aural. The distinct "putter" of 1.6L, 1.8L, 2.0L, 2.5L, 2.8L, 3.0L, and other-size oil-burners dominates your surroundings as soon as you exit an airport or train station. Next, visual confirmation comes by way of badges such as TDI, TDCI, CDI, or a simple "d" after a model number (typically Mercedes-Benz and BMW), and decals that simply say "diesel" over the fuel-fill door.

Vehicle makes is where things get a bit wonky. Yes, the aforementioned Benzes and Bimmers are prominent, as are Audis, Skodas (popular brand for taxis), Opels, Volkswagens, and many other automakers I've never heard of. But seeing small Chevrolet, Ford, Nissan, and Toyota sedans, SUVs, and station wagons (which are super popular) with diesel engines under their hoods was definitely a big surprise.

However, at the same time, it was also somewhat disappointing. With our 2020 diesel car/SUV, and truck/van buyer's guides coming soon I don't want to spoil anything, but when it comes to diesel-powered cars offered in the U.S, the outlook is kind of bleak. 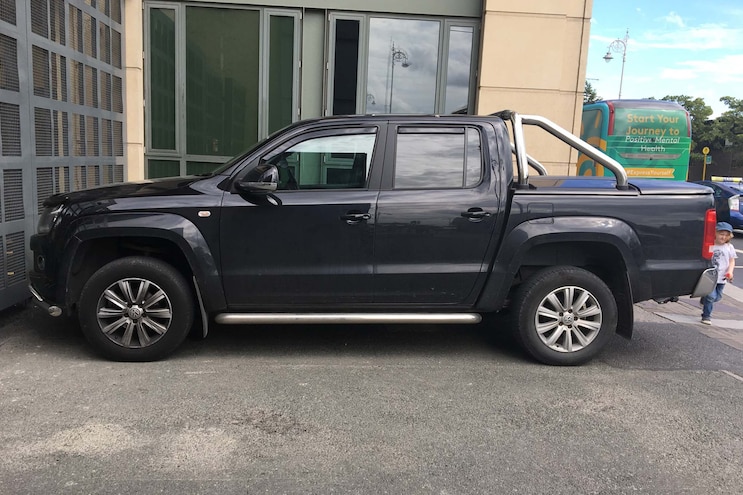 Of course, I "get" the high-end manufacturers' reason why: Their vehicles simply don't sell well. But, after seeing the prevalence of what are essentially diesel versions of the same rides sold in the U.S. (for example, Ford's Fusion is a "Mondeo"), I'm left wondering why they aren't given the same opportunity to be successful in the States.

I'm not an expert, but given my limited experience with small turbodiesels, mainly through owning a 2.8L Duramax-powered Chevy Colorado for a few years now, I'm a big fan of the powerplants. And, after being shuttled throughout Europe by low-emitting, fuel-sipping diesels during my holiday, it's really too bad we're left holding the short straw. Europe is a diesel fan's paradise.

Our vacation included a visit with "Dessie Diesel" Ryan at Dublin Diesel Services. Dessie, his son Glenn, and their technician Tom are injector and fuel-pump specialists who I became friends with on my first trip to Ireland in 2017. I saw the shop while riding in a taxi one evening and doubled back the following day—unannounced—to see what they had going on. They're solid dudes who welcomed me and Crystal and showed us everything about their operation, and this time I left them with a little Diesel Power care package with gear and items to wear and display. 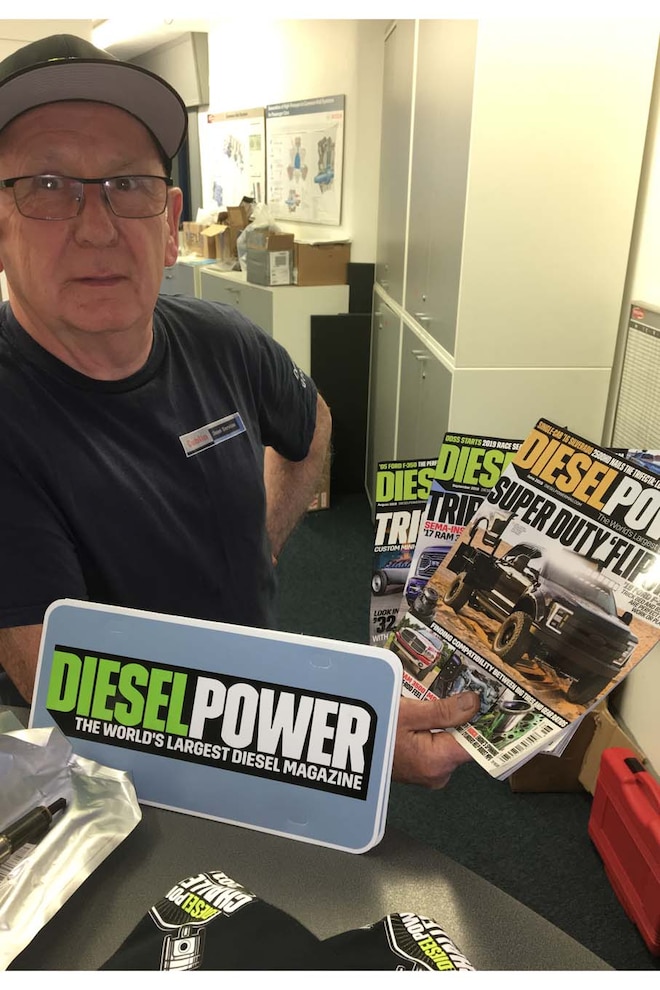 As pickup encounters go during this trip, there were 2.2L Ford Ranger and Volkswagen Amarok sightings in Dublin, and I came across a Nissan Navara in London. I wasn't at all familiar with this truck, but it appears to be a midsize and it looks pretty cool (I sent my friend Jannelle at Nissan a message requesting details and asked why it isn't offered in the U.S. ).

Finally, in Grafenw hr, Germany, the diesel-truck experience came full circle when I happened upon Ralf Lindner and his beautiful '15 Ram 2500. Ralf's rig is the first and only truck I encountered that is basically the type of ride we're most familiar with, and he says that reading Diesel Power helped him outfit the super-clean truck with a lot of the same hardware Ram owners in the U.S. have on their trucks.

There's a lot of this flight left (we just cleared Greenland), but that's all I've got about Europe and the diesels I experienced there. Trust and believe, I'll be on the lookout for more whenever I travel internationally.