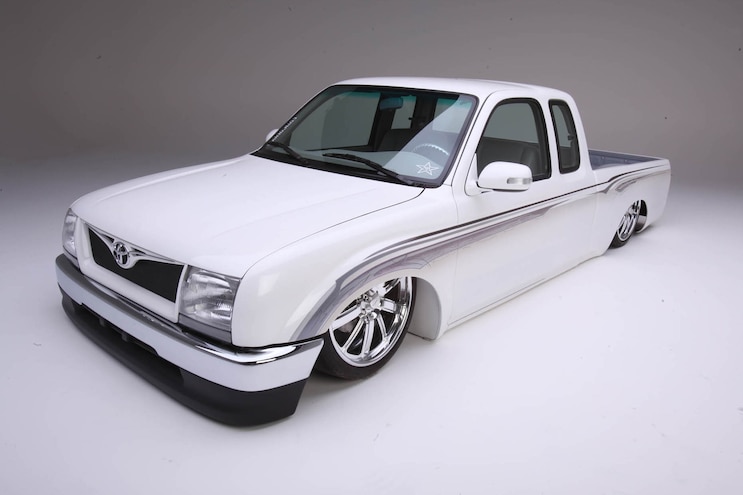 Jamie Wood might not be a name that rings a bell in the mini truckin' community, but he has long since been in the game, and it just so happens that Jamie bought THIS very Toyota Tacoma brand new back in 1996. With big plans and dreams that had to take a back seat to the daily grind of life, Jamie used his Tacoma for daily work duties for the better part of three years before he finally said enough is enough and started cutting.
In his home garage with the help of a few close friends, they cut up Jamie's Taco and juiced and bodied it to scratch that mini-truckin' itch that had been brewing within for years. Unfortunately, life just kept hitting Jamie with not just jabs but nonstop left and right hooks forcing his dreams of draggin' body with his boys to take a back seat time and time again. Not one to give up the dream just yet, the truck had to go to storage for a while, but it wouldn't fit in the unit. Being true OG mini-truckers, Jamie and his buddies proceeded to cut the back half off right there at the storage unit and put it on casters so they could fit the truck in storage and close the door all the way. When Jamie pulled that storage unit door down and put his lock in place, he knew this wasn't the end, his day would come. 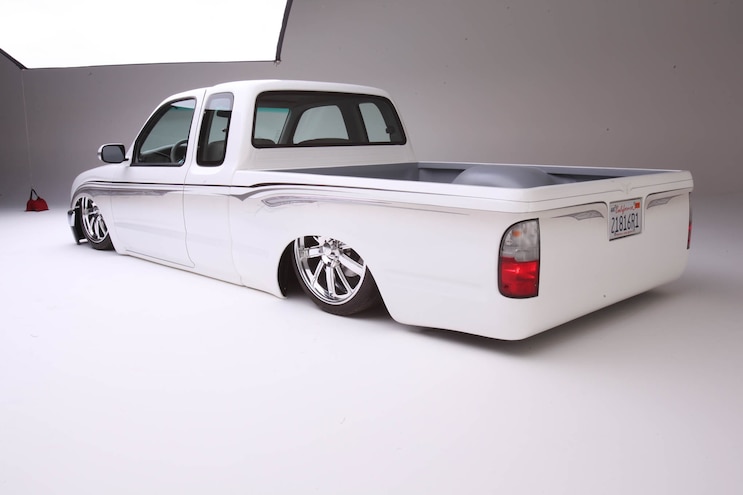 View Photo Gallery | 28 Photos
Photo 2/28   |   1996 Toyota Tacoma Og Triple Og Rear 3q
Fast-forward a few years to 2009, Jamie and his buddy, Munchies, from No Regrets were playing Guitar Hero at Munchies's house. After a few rounds, it started getting more competitive and Munchies finally called Jamie out and egged him on to finish his truck, so they made a bet on a round of Guitar Hero. Six minutes later, Jamie was on the phone with Steve Wilk who was working at Bio Kustumz back then. A plan was struck and Jamie went to the storage unit and towed the truck on a flatbed over to Bio Kustumz. Over the next year, Steve and the Bio crew handled the majority of the frame and suspension along with body mods. At that point, it was finally a roller again. At this time Steve made a shift and was ready to go out on his own and open up his own shop, working it out with Max at Bio. Jamie went on over with Steve to be the first full build with Wilk Worx. This was around 2011-2012 now and Steve at Wilk Worx got back to work on the Tacoma getting it wired up and running. It was time to send her off to paint, but things seemed to be going too easy now for this to be your typical badass minitruck build story. Jamie just knew his luck was about to run out—the Tacoma ended up in "paint jail" for two years at an unmentionable painter, and we'll just say that the finished product was less than acceptable for a build of this caliber. 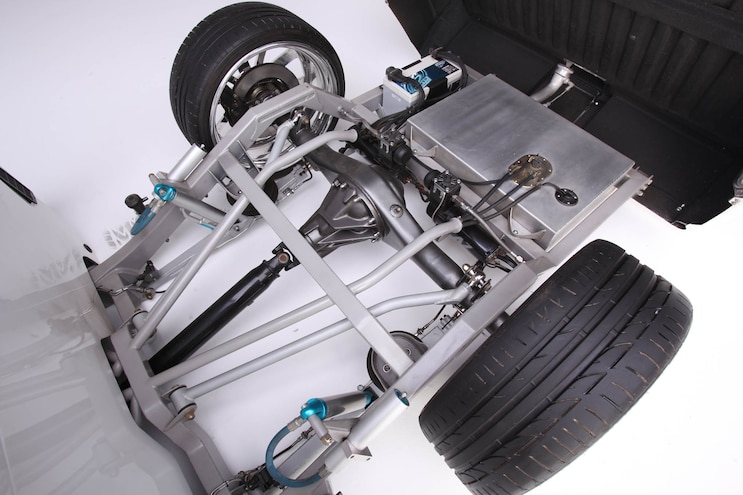 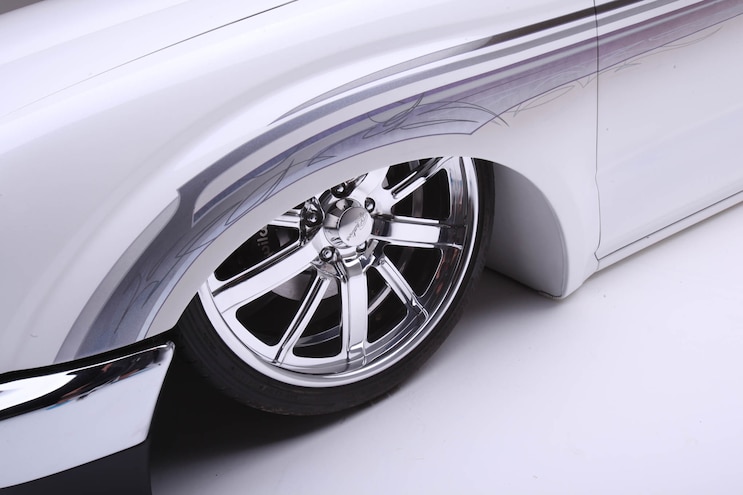 View Photo Gallery | 28 Photos
Photo 4/28   |   1996 Toyota Tacoma Og Triple Og Wheel
About the same time Steve started working with Rick Dore on his TV shows and builds and as luck would have it, he happened to meet Benny Flores and, as they say, the rest is history. If that name isn't ringing a bell to you, Benny was responsible for numerous old-school Mini Truckin' covers, Lowrider covers and more. He painted Wrapped with Envy and Raw Deal and was a huge influence in the lowrider and minitruck custom paint community through the '90s with multiple covers, Lowrider of the Year, and numerous accolades under his belt. Steve and Jamie approached Benny to be the one to finish off this Tacoma properly. Benny said yes, but he had to finish a few projects for the TV shows first before he could get started. Steve worked with Benny to help fix and redo the bodywork, paint, and Benny, of course, got down and added his own custom touch with some one-of-a-kind graphics to give Jamie the end product he deserved. Benny also built a custom grille, lights, mirrors and gave it just enough "custom" to make people wonder what all was done to the body. 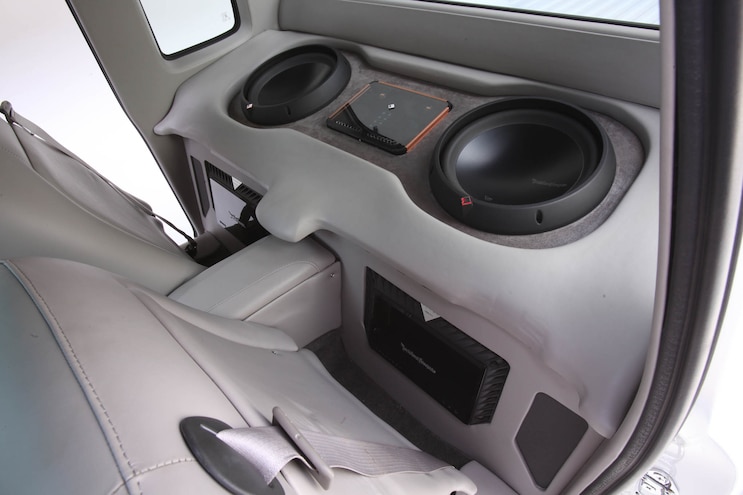 View Photo Gallery | 28 Photos
Photo 6/28   |   1996 Toyota Tacoma Og Triple Og Interior Audio
With the paint and body finally finished, it was time to wrap up the interior. Jamie and Steve came together and decided that they would make the push to finish up the truck to debut at the upcoming Forbidden Fantasy show in Laughlin, Nevada. The interior also hadn't gone as smooth as they had hoped, and after messing around with a few attempts, they decided to rip it out and start fresh. Turning to Ron Mangus to finish her up, Jamie and Steve were getting nervous for the pending debut. Mangus came through and Steve was able to get it all back together and final assembly done just in the nick of time to make it out to the FFF Show, which was important to Jamie because it's one of the last standing "true minitruck" shows left on the West Coast. To Jamie's surprise, they took home some hardware in the form of a Best of Show trophy and all of Jamie's long-awaited dreams were now here sitting right in front of him (including this very magazine shoot).
This build has been through the ringer, but it just goes to show you that if you truly stick to your dreams and push through the hard times, the end goal is definitely worth it. Jamie would like to thank Steve, Benny, Munchies, and his No Regrets buddies for not letting him give up and helping him bring his dream to life. 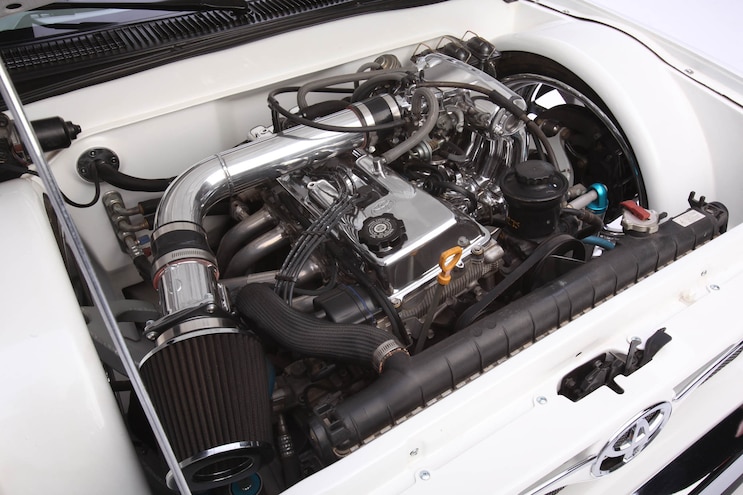