No Grouch, No Slouch 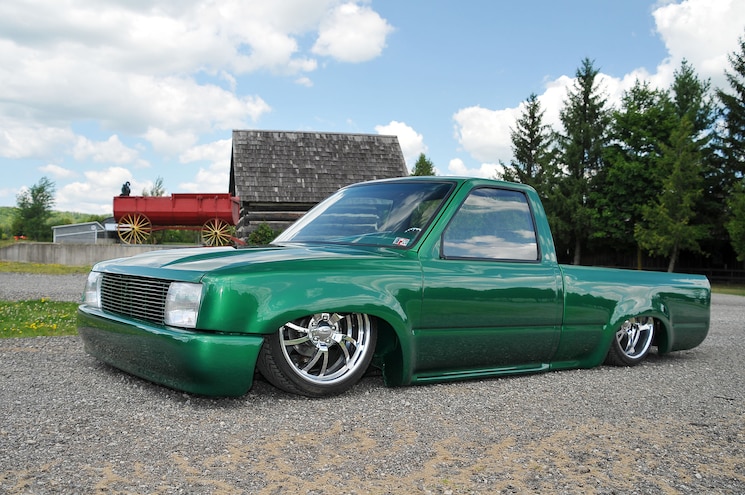 One of the main characters on the TV program Sesame Street was a trash-loving green puppet named Oscar the Grouch. Fun fact, the first season he appeared in was 1969 and Oscar was actually an orange color. In the second season, he was changed to green. This color was explained when he visited a location known as Swamp Mushy Muddy. For decades, Oscar has been a household name and oftentimes when people refer to a green color, they reference Oscar. The link to this story is much more than a color as Jon Snyder, the owner, is also a garbage man.
Jon began as a minitrucker and they say, "Once a minitrucker, always a minitrucker." "I had this badass Chevy S10 that was bodied and 'bagged," Jon tells Truckin, "I guess I just lost interest and wanted something new." Jon traded his mini for a '58 Chevy Wagon, but that only lasted a few years as he started yearning for not only a truck but the lifestyle of the minitrucker. He put out some feelers online looking for an even trade for his Chevy to a minitruck and got only one hit. That minitruck was a 1989 Toyota pickup and since it was the only interest, he pulled the trigger and made the trade. View Photo Gallery | 12 Photos
Photo 2/12   |   1989 Toyota Pickup Oscar Rear 3q
The Toyota was red and black, which wasn't Jon's favorite combination, but he knew that was cosmetic. The previous owner got the body drop and the air suspension out of the way, but it wasn't in the best shape. Within the first few months, Jon rewired the entire suspension system ensuring it would work flawlessly. The pickup had close to 200,000 miles under the hood, so Jon and his father, Craig, rebuilt everything like new. At this point, Jon decided to kick it up a notch and switch from a daily driver to a full show truck. 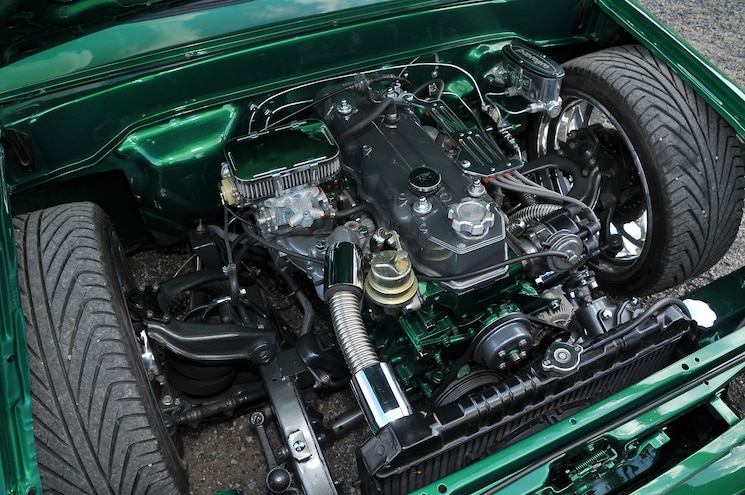 View Photo Gallery | 12 Photos
Photo 3/12   |   1989 Toyota Pickup Oscar Engine
The first step was changing the color that he wasn't happy with to start. Once the Toyota was pulled apart, Jon realized how much paint was coating the mini. "I took the truck to bare metal once I realized the absurd amount of paint on it," Jon adds, "It was time to give it an Oscar the Grouch." Jon's fianc , Shannon, friends Josh and Justin all lent a hand to the bodywork. The doors, tailgate skin, corner light and firewall were all shaved. Shannon started smoothing out the frame from front to back simply because she has small hands. Josh and Justin handled the color change by spraying PPG Electric Green and coating the entire body. One of the little details that not many people notice on the Toyota pickup is that every wheel opening has little "mudflaps" at the bottom molded into the body to clean up all the wheel openings. 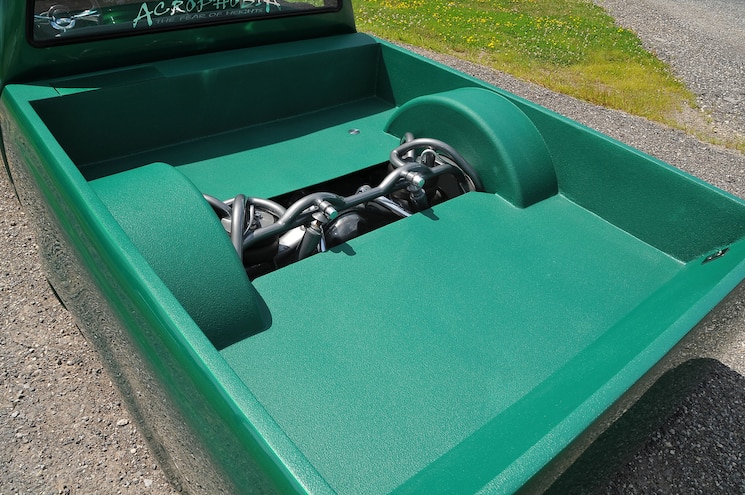 View Photo Gallery | 12 Photos
Photo 4/12   |   1989 Toyota Pickup Oscar Bed
Jon wanted to once and for all redo the suspension for reliability. The lower four-link bars hit the ground before the frame and body did, so they were moved up about 1 inch. The valves, compressors and airbags were all replaced to newer and updated parts. Everything was relocated under the bed to keep it clean. When Jon got the pickup, the original owner had custom seats installed—they were bucket seats—and due to the body drop, they were raised up. Most minitruckers would have a hard time fitting inside the cabin due to their size, so the seats were ripped out and Jon found a stock bench seat for the Toyota. 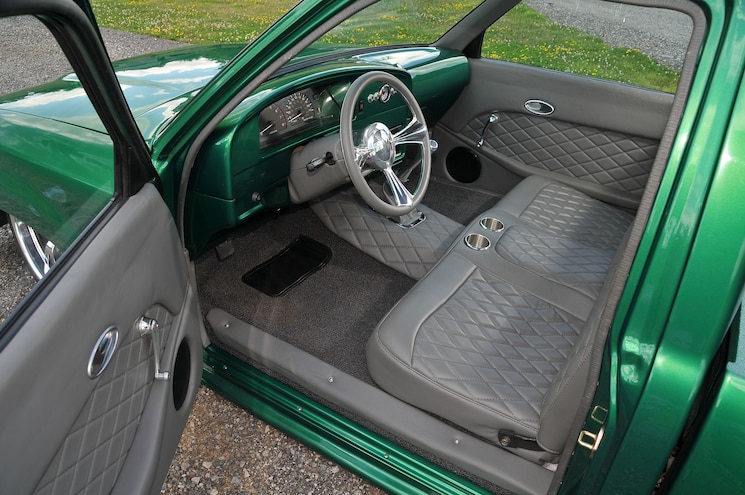 View Photo Gallery | 12 Photos
Photo 5/12   |   1989 Toyota Pickup Oscar Interior
Jon enlisted Bobby Moore from Evolution Creatives in Hampstead, Maryland, to hand-build a new cabin as well as wrapping the seats, panels and headliner in grey leather. In order to get the bench seat mounted correctly, Bobby had to modify the middle to accommodate the driveshaft tunnel and then bolt to the floor. New foam was added, so it was a bit more comfortable for Jon. Because Jon is a bigger guy, he decided that the stereo system wouldn't impede his space behind the seats, so he settled for a modest Kenwood head unit and Kenwood door speakers.
When Jon first purchased the red and black eyesore, it was mainly to get back into the minitruck lifestyle. He knew that going into this for the second time, it wasn't going to be easy, but with every step, he learned more and fell in love with the lifestyle at each turn. Jon wishes to thank his loving and supportive fianc , Shannon, for pushing him to make Oscar come out of his trash can. A special thanks to his father, Craig, for the help and all his Acrophobia family. 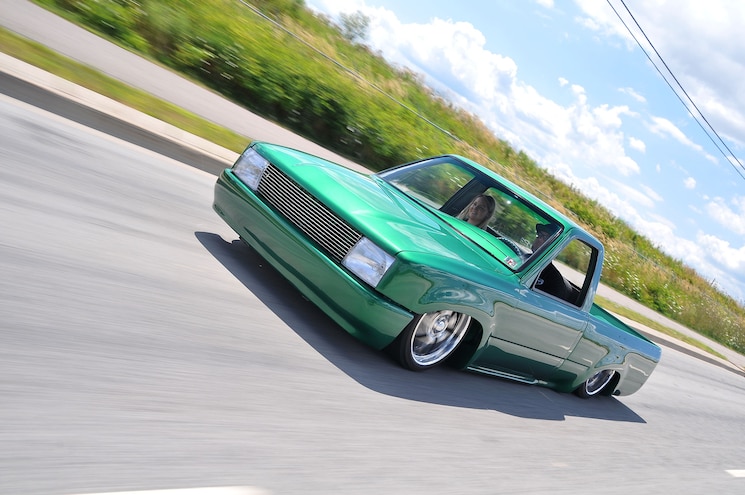