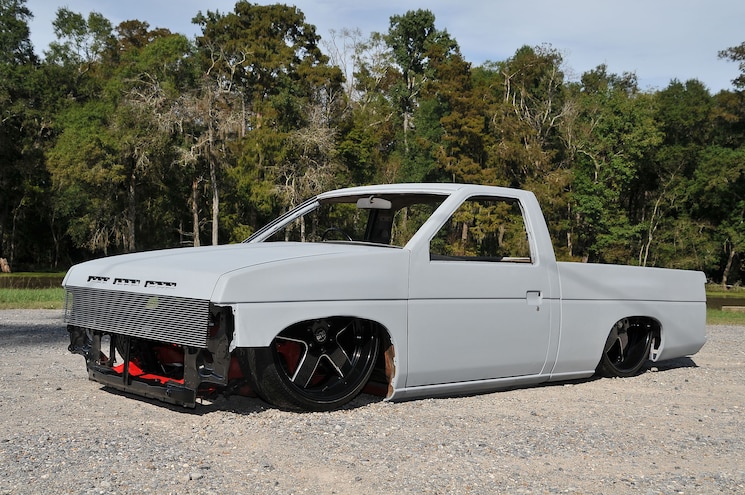 "Hardbody" refers to the Nissan truck's double-wall bed and overall styling of the '86-and-later models. Brent Kelly's father, Dennis, was infatuated with the Nissan Hardbody in his younger years. And even though Brent was separated from his father at an early age, Brent began to incorporate his father's passion for the Hardbody design. In 2014, Dennis was diagnosed with cancer. The next few years, Brent spent time getting closer to his father. "We talked about building a truck together while he was in the hospital," Brent tells Truckin, "We were going to make it a father-and-son project." Unfortunately, that time never came. In the summer of 2017, Dennis passed away. Brent decided to make a tribute to his father to memorialize his life and passions.
It wasn't easy to find, but Brent located a 1988 Nissan Hardbody that an old Navy veteran had sitting in his yard. The Nissan was purchased new by the veteran and just simply driven until it could no longer be driven. Once the engine seized, the truck was parked and forgotten until Brent found it. Although the bones were pretty decent, the truck was clearly weathered. The bed was useless as rust had completely taken the best of it. The veteran agreed to receive $300 for the truck and pictures were sent along the way. 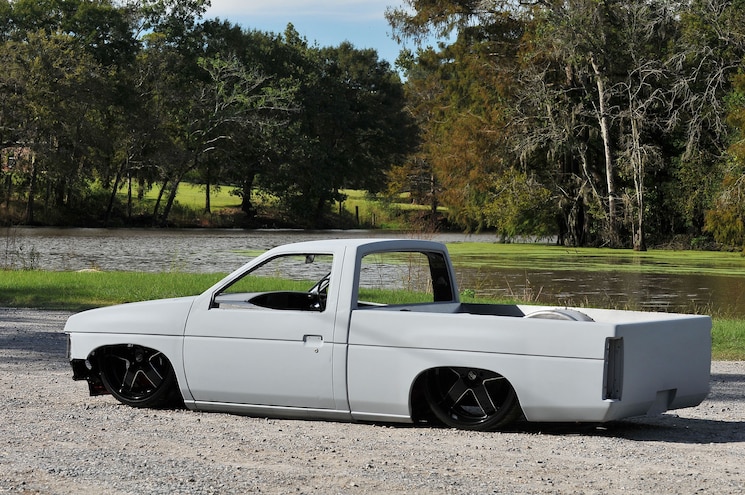 View Photo Gallery | 5 Photos
Photo 2/5   |   Busted Knuckles 1988 Nissan Hardbody Relic Rear 3q
Immediately, Brent got right to work by separating the body from the frame and throwing the frame in his metal pile. He started pulling measurements and building the new frame. The suspension was mocked up with wild and innovative ideas. He jigged up the link bars and created dimensions for how he could place things that would cosmetically appeal to his eyes. Originally, his visual of how it was going to look couldn't come to fruition geometrically. In his second attempt at the suspension, Brent was able to manipulate the leverage points and added two extra link bars. 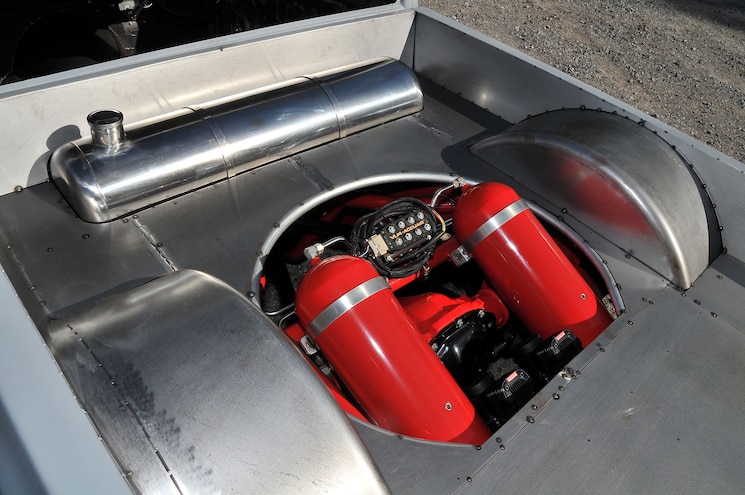 View Photo Gallery | 5 Photos
Photo 3/5   |   Busted Knuckles 1988 Nissan Hardbody Relic Air Tanks
Once the frame and suspension were completed, he started mocking up for the body mounts, bed mounts, and steering setup. With his extensive knowledge of creativity and metalwork, Brent decided he would turn the Hardbody into a righthand drive. After the steering was completed inside the Nissan, the frame and suspension components were sent to Lowell Trahan in Houma, Louisiana, for powdercoating. Once back and assembled, Brent built the metal floor, transmission tunnel, firewall, and bed floor. The next step was where the real creativity began. 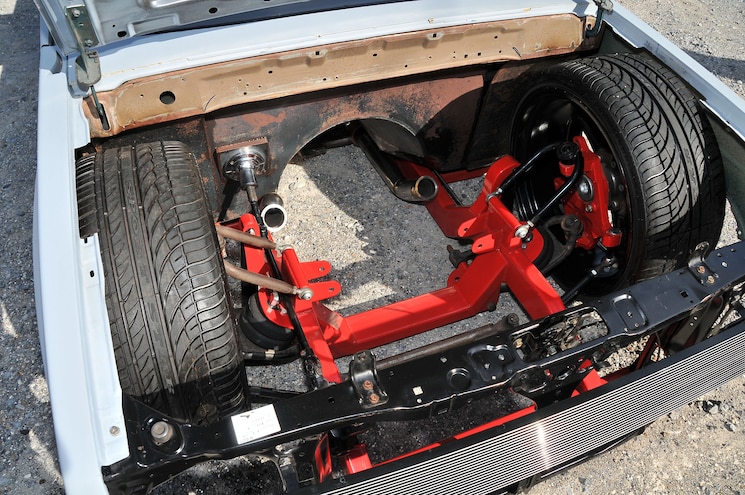 View Photo Gallery | 5 Photos
Photo 4/5   |   Busted Knuckles 1988 Nissan Hardbody Relic Engine Bay
In order to make this Hardbody one of a kind, Brent opted for a chop but not just any chop. Although it's not a modification that many people attempt due to the risk of messing up, Brent knew his talents and what he wanted to do. He dove in head first, cutting below the rear glass so the stock glass could remain. Brent found another Nissan cab and pulled measurements to see what was needed to take from it. The A-pillars were sectioned in two places to get the proper rake for the windshield, which turned out to be a 3-inch chop in the front of the cab and in the rear, a 2.5-inch chop was performed. The most difficult part was cutting the doors while making the windows work properly. Brent had to section three different sets of doors to make them fit the cab as desired.
Brent used his talent and skillset to create something that incorporated his father, Dennis' hot rod-style into the minitruck culture that he loved. It became a "Relic" built for sentimental value that he will cherish forever. Since the images were shot, Brent already has the new LS motor inside the Hardbody. With the dedication Brent has to his Nissan, it will be completed any day now. He wishes to thank the love and passion of his father for the motivation and mentorship during those conversations in the hospital. Relic will make his father proud the day it's completed and makes its debut. 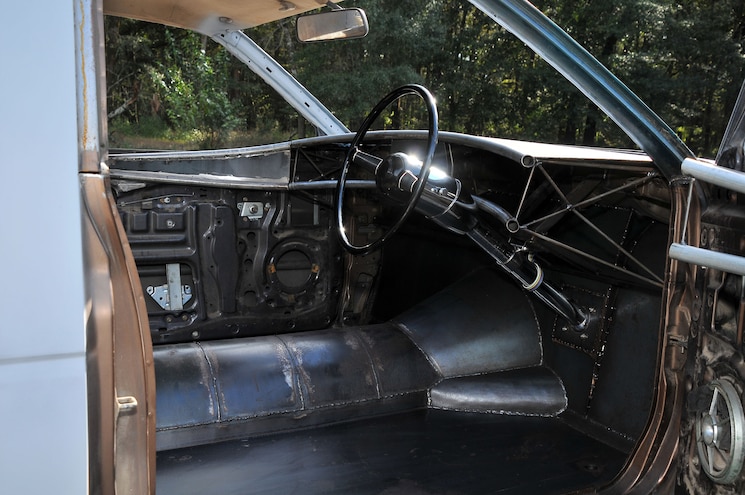