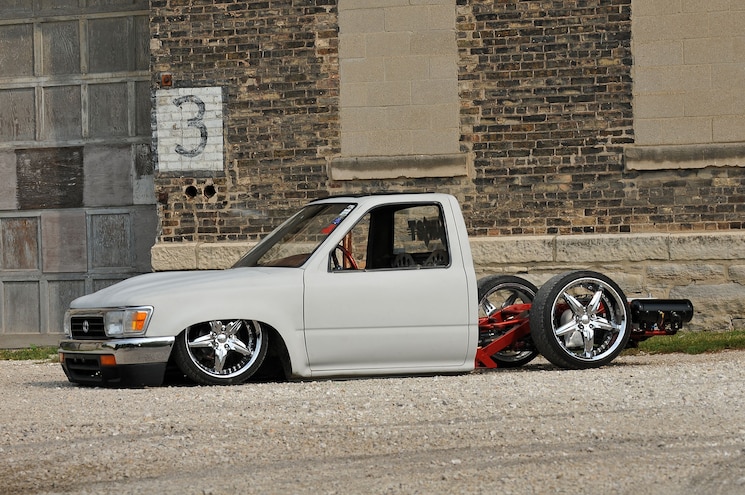 As a high school student, Steven Stenglein began his love of trucks as most kids do, by seeing them drive around town. Steven tells Truckin, "There was something that would just stop you in your tracks when you'd see a minitruck driving by. It was something straight out of a movie." His senior year of high school, he began saving money and searching online ads for custom trucks. The problem was the amount of money he had to spend wasn't going to get him a solid running truck. He found a beater car and used that for his daily commute to and from school.
Finally, Steven found a truck he wanted: a 1994 Toyota pickup that once had been featured in a magazine but at this point was rotting away in a warehouse. Of course, he didn't quite have the money they were asking, so he agreed to sell his car in order to afford the once-prized minitruck. "The Toyota had been sitting for the past seven years," Steven adds, "I wasn't sure it was ever even going to run again." The pickup had good bones, but it certainly wasn't in show quality condition, so Steven had his work cut out for him. 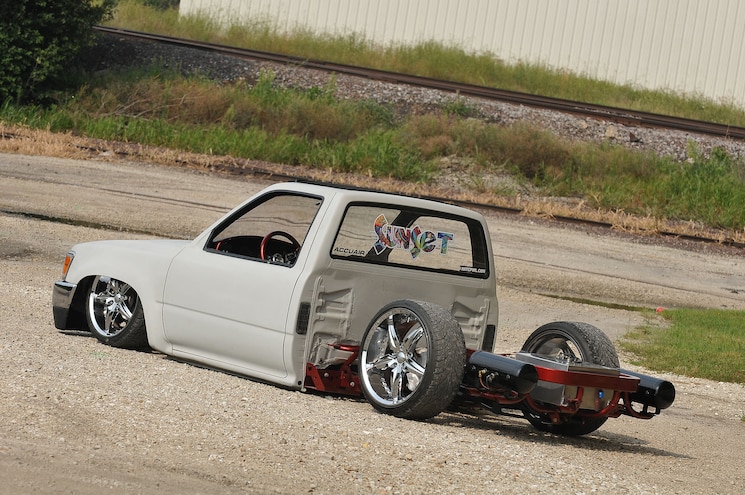 View Photo Gallery | 5 Photos
Photo 2/5   |   Busted Knuckles 1994 Toyota Pickup Height Fright Rear
When he took possession, the original owner gave him a 4Runner front end along with the truck. Steven worked his magic lining up the bolts and picked up a new radiator support so the new front end could be added. Of course, the hard work was getting it running and driving. With the seven-year gap of it even being cranked, Steven and his father, Scott, put in a new fuel cell, ran new wiring, added a battery, changed spark plugs, and many other replacement parts to get it fired up.
With the bodywork next on the schedule, the entire truck was sanded down as the Stenglein duo fine-tuned all the welds and primed the Toyota mini. The frame rear end was painted in a bright Holden Red paint. Jerry Dow from Lay 'N Licks was brought in to pinstripe the rear end as well. A new hood skin was added from a Mitsubishi Eclipse complete with the side bubble. At this point, Steven shaved the door handles off each door for a smoother look on the pickup. 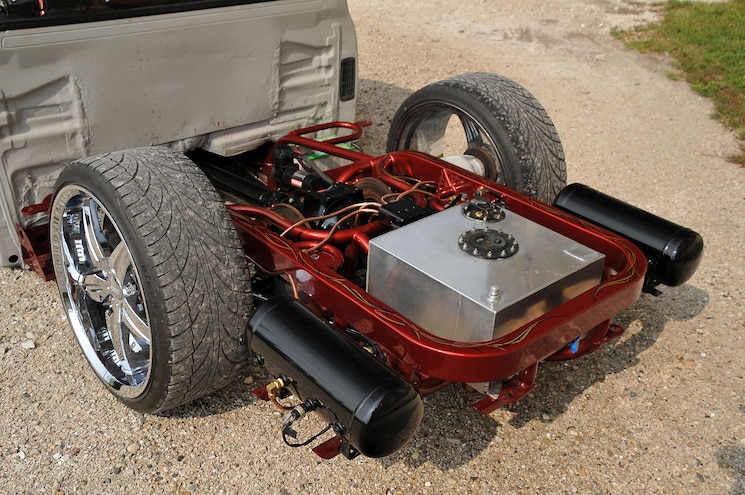 View Photo Gallery | 5 Photos
Photo 3/5   |   Busted Knuckles 1994 Toyota Pickup Height Fright Rear Frame
The suspension that was currently on the Toyota wasn't working, but Steven and his father Scott added new air management by way of an AccuAir setup and new Dominator 'bags on all four corners. Two Viair compressors handle the pressure and pump to the two five-gallon tanks mounted to the rear. The Stenglein duo added around 30 feet of copper line throughout the suspension for looks and performance. Inside the copper they added sand so the lines wouldn't kink up. 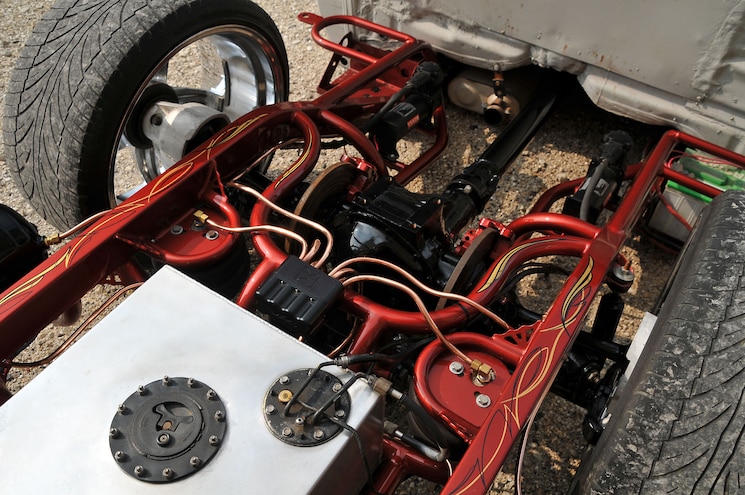 View Photo Gallery | 5 Photos
Photo 4/5   |   Busted Knuckles 1994 Toyota Pickup Height Fright Frame Details
As a fan of hot rods, Steven decided to throw some muscle car flare inside the truck by contacting Roger Kailing, the owner of BareMetal Bomber Seats. A set of bomber seats was installed inside the cabin of the Toyota. The dashboard was painted the same color as the rear end, and a steering wheel from the very first car Steven owned was added inside. Steven's friend "Hippo" used his CNC machine to build a brass knuckle shifter to match the brass knuckle AVS switchbox. 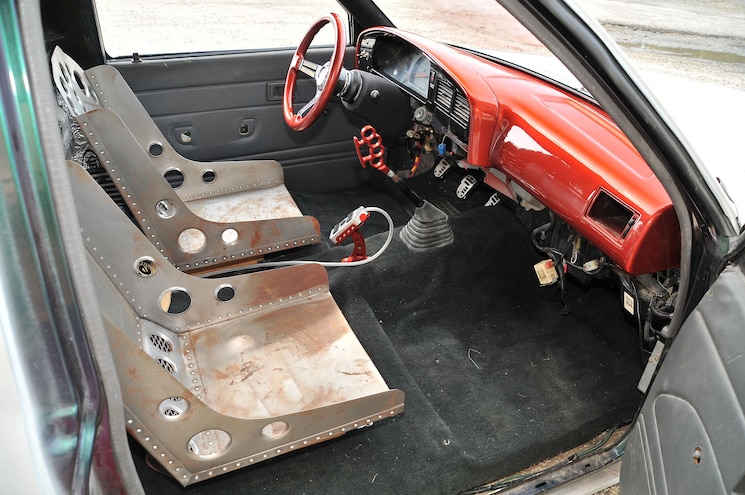