Evil to the Core 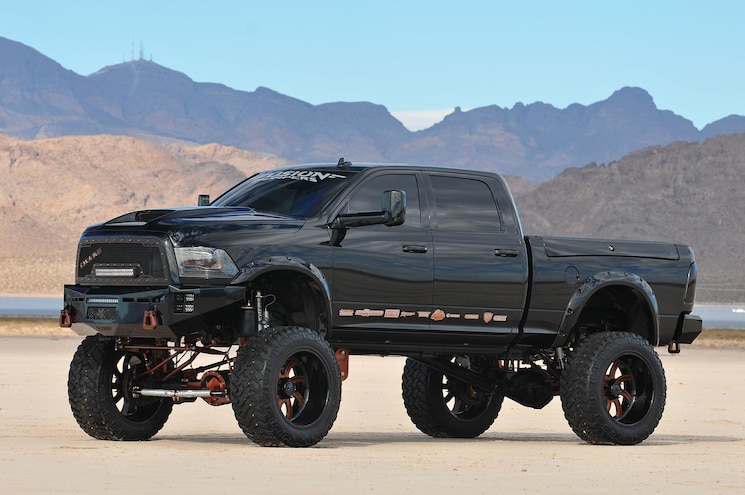 There are certain advantages to being friends with someone high up in the industry in which you are involved. For Keith Federspiel of Denver, Colorado, he has a good friend TJ Hill who runs the company FiveR Trucks out of Colorado. FiveR Trucks was using their builds on a current TV show called "The Lifted Life" airing on the Velocity channel. TJ offered Keith an opportunity to be involved, and he never looked back.
As a child, Keith lived by the motto "Bigger is better" and, of course, bigger meaning trucks. "There was something special about towering over other trucks," Keith tells Truckin, "It just seemed natural to be unique to me." His experiences with lifted trucks didn't come until his sister's boyfriend purchased one and he was able to ride in it for the first time. "We were just country boys driving to bonfires and cruising off-road," Keith says. From that moment as a young man, he was hooked on the lifted culture. 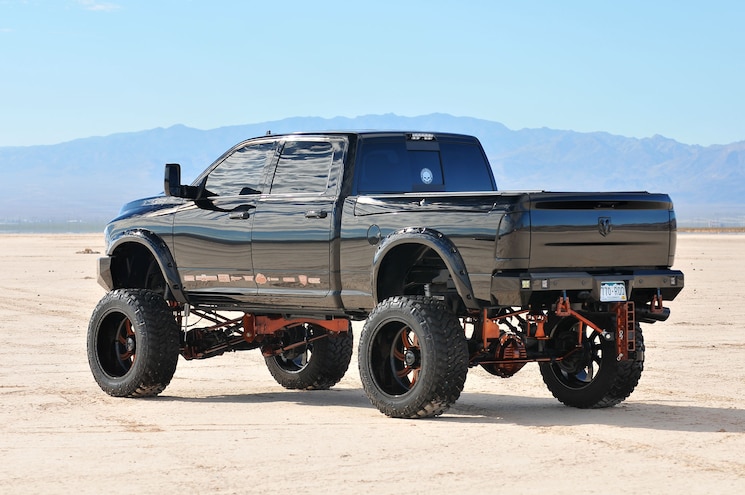 View Photo Gallery | 20 Photos
Photo 2/20   |   2014 Ram 2500 Demon Child Rear 3q
When Keith was ten years old, his parents moved from Indiana to Colorado, and two short years later, his father passed away from cancer. His mother remarried and Keith's stepfather had a passion for trucks as well. In 1986, his stepfather, George, started a custom automotive body/collision and repair shop called Supreme Carstar Autobody in Commerce City, Colorado, where Keith gradually helped until 2002 when George asked him to work fulltime.
After owning a plethora of trucks Keith and George had worked on, it was time to step up his game. In 2014, Keith went into a local dealership and purchased a brand-new 2014 Ram 2500 Laramie Limited. Of course, as most young kids buy brand-new trucks, they all say the same thing, "I'm going to leave it stock." However, that's never the case and Demon Child began. 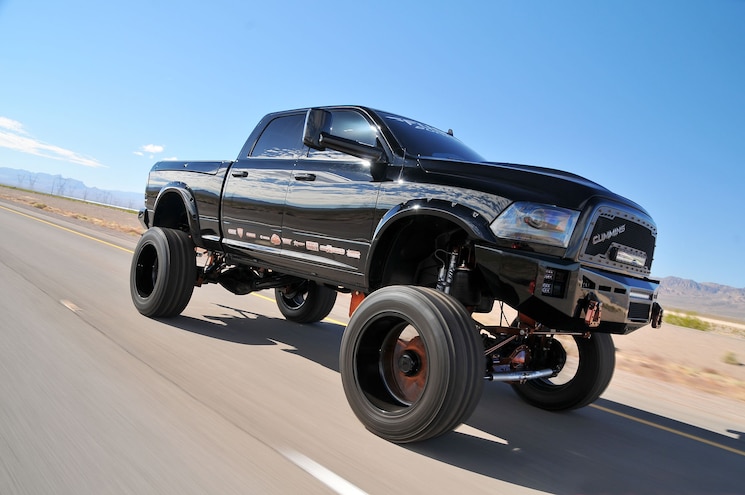 View Photo Gallery | 20 Photos
Photo 3/20   |   2014 Ram 2500 Demon Child Drive
Although it started small with Keith adding a leveling kit and some wheels, he quickly jumped into the full custom life. His good friend TJ suggested they use Keith's brand-new truck to showcase a lift on his TV show. Luckily FiveR was only about twenty minutes away, so Keith made the drive and TJ handled the primary build by adding a Kelderman kit, wheels, tires, powdercoat, and stereo. Fusion Bumpers got on board and a front and rear bumper kit was added to make sure the Ram stood out.
After the Ram was built, Keith brought it back to his shop and began the interior work, having his paint rep color matching in sections so he could keep driving the truck locally. The next step was adding a custom Ram Air hood and refinishing the bumpers to give them a cleaner look. Once that was done, a Hadley four-corner electronic control system with smart air management was installed which allowed the Ram to now be adjusted with a controller from 6 to 16 inches. 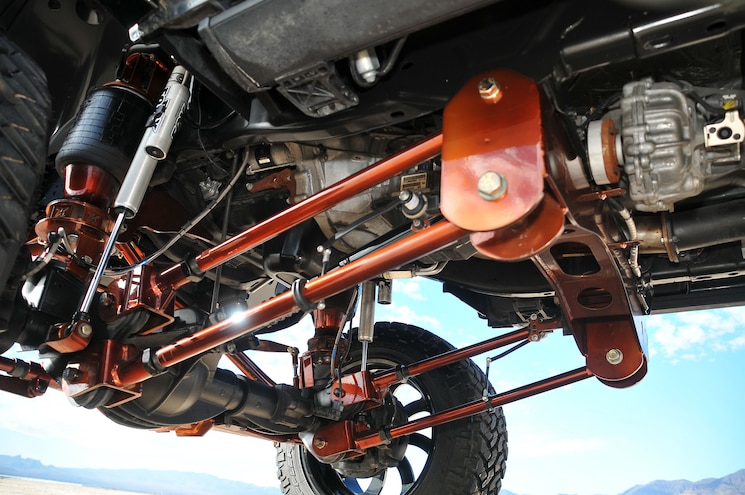 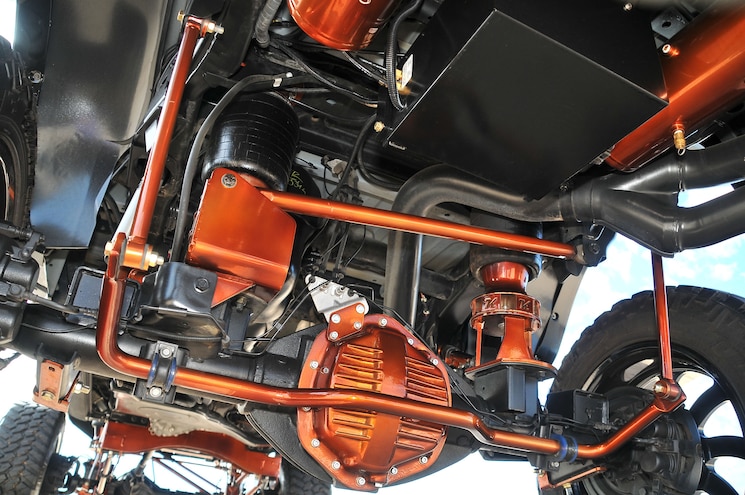 View Photo Gallery | 20 Photos
Photo 5/20   |   2014 Ram 2500 Demon Child Rear Suspension
Keith was eventually able to proudly display his work as well as TJ's designs at the SEMA show. His vision couldn't have been completed without the help of his friend TJ Hill and his stepfather, George Gibson. Keith has since taken over ownership of the custom truck shop becoming even more creative with his customer builds which has allowed his stepfather to relax a little more. "I have to give a huge thanks to my stepfather, George," Keith adds, "He trusted me to take over the business that he put his heart into, and nothing would have been possible without his leadership." Although he can't say he was a perfect son, he certainly wasn't a Demon Child. 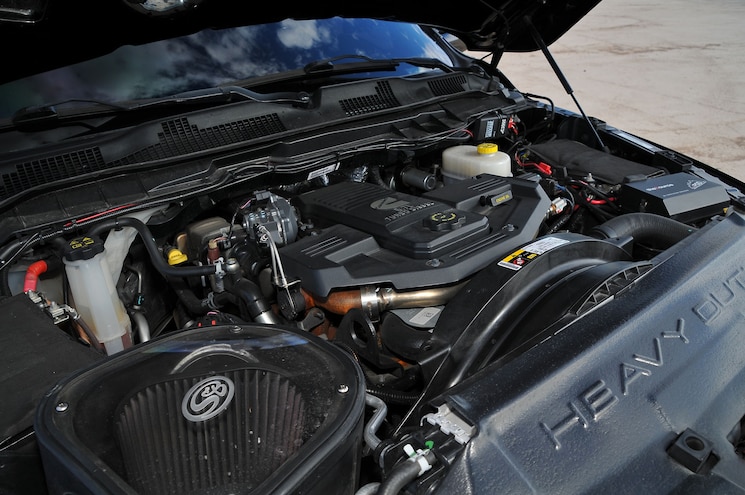 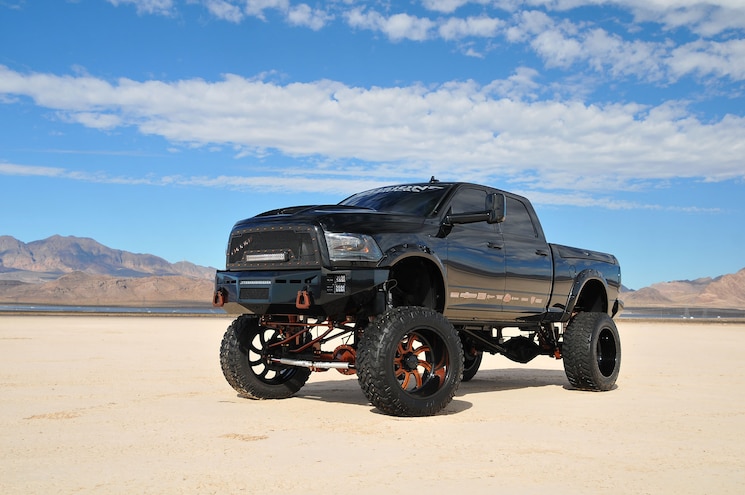