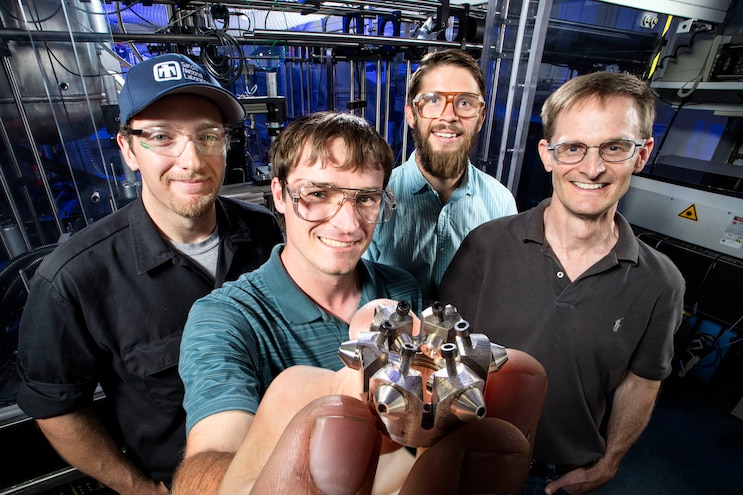 In one of my past Detonation entries (Diesel Emissions, November 2019), I discussed how technology may be the key to making diesel engines and their related emissions equipment more efficient, because while today's powerplants are lighter and more compact, they still have the ability to produce more power while leaving a much smaller emissions footprint than their predecessors. Recent developments may have some newer technology coming sooner than later to the diesel industry.
I'm a huge fan of technical and innovative things, especially those related to the car and truck worlds. I like to read articles (online and in print publications) about discoveries that make all types of engines more powerful, efficient, and cleaner. Recently, I came across an article about a breakthrough in diesel technology that should/could revolutionize fuel injection in diesel engines. The article, "Diesel Innovation has Humble Beginnings," discusses the research Sandia National Laboratories' Combustion Research Facility has been working on in an effort to reduce emissions while maintaining or improving engine performance.
Ducted fuel injection is the breakthrough the researchers have developed. It is a method of fine-tuning the air-fuel mixtures to such a high degree that between 50 and 100 percent of soot normally developed in the engine (depending on speed and power output) can be eliminated. The concept works by using multiple tubes or ducts to direct the fuel mixture from the injector to the point of ignition in the cylinder. This makes it so that fuel is exactly where it needs to be for ignition (not arbitrarily injected into the cylinder), thus reducing the amount of fuel that actually needs to be injected for proper detonation.

View Photo Gallery | 2 Photos
Photo 2/2   |   The researchers at the Sandia National Laboratories show off the prototype ducted fuel injection module.
The article states that with diesel engines, traditional injection systems create mixtures in the cylinder that have between two and ten times more fuel than is actually needed to complete combustion. This excess creates an abundance of soot, so, by injecting just the right amount of fuel, soot is reduced/eliminated. This same technology will also work to create better ignition with renewable fuels. By using renewable fuels, this new injection method has the potential to reduce soot and nitrogen-oxide (NOx) emissions—and really improve engine performance.
Traditionally, engine manufacturers have had to work within give-and-take parameters with regard to soot and NOx. When the production of one is reduced, higher levels of the other are incurred, resulting in a need to create a balance and the use of emissions equipment to control the excess. By greatly reducing the amount of soot an engine produces in the cylinder, manufacturers can turn their attention to the reduction of the NOx produced.
The ducted technology could allow diesel engine manufactures to develop engines that wouldn't need to use the large and bulky emissions equipment currently being utilized, which would translate to a great reduction in size and weight. Sandia researchers feel the ducted system has the potential to be retrofitted to some existing engines, opening up manufactures to new possibilities in low-emissions engines without the costs of new engine development.
In 2018, Bosch announced it has made breakthroughs in fuel consumption and NOx emissions. It had been working on the reduction of NOx through the refinement of existing engine components and had good success. So, if ducted fuel injection could be brought to market and used in conjunction with other emissions technology (like Bosch), the coupling may hold the answer to the production of superclean, highly efficient diesels.
It is great to see technology moving forward, with continued research of new ideas and refining old existing technology. I think diesel has a bright future. Innovations will only make it better and anchor it as a vital power source for many more years.
John