There's a saying that no matter how pretty a girl is, there is some guy who's sick of her. Not to say that anyone was sick of the truck in this story, but imagine building a truck through all the trials and tribulations, getting on your nerves when things don't go correctly. Combine that with the financial gain you receive when you unload the truck you've built, and you'd probably be willing to send it down the road. Waiting in the wings is Nick Uzelac from Demotte, Indiana, hungry for his new custom truck. Nick has always had his eye on minitrucks, being an avid subscriber to Mini Truckin magazine. He first entered the scene at sixteen years old when he purchased a Chevy S-10. As a student in high school, he didn't have the funds to make it unique but dreamed about what he could do one day. 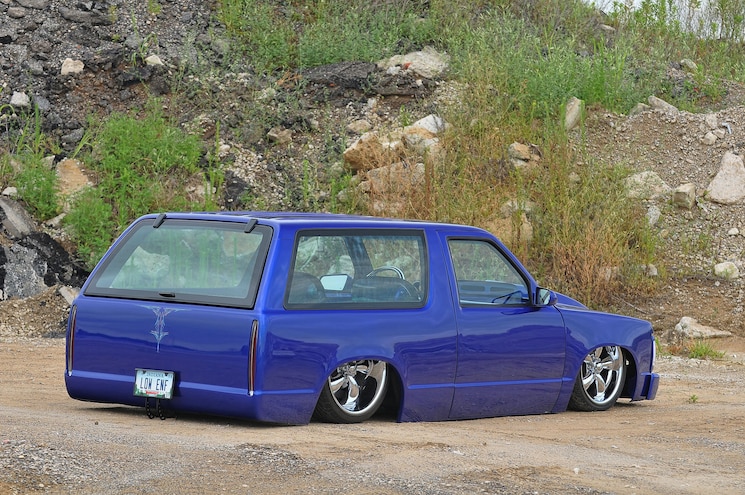 View Photo Gallery | 15 Photos
Photo 2/15   |   1989 Gmc Jimmy New Beginnings Rear 3q
Now enters Mike Ciccone, a truck builder in Jacksonville, Florida, who was struggling to build a second truck, a Nissan Frontier. Mike tells Truckin, "My builder was getting amped up to get the Nissan done. I made the decision to sell the Jimmy to finance the build." Nick posted that he was looking for a new truck to buy online, so Mike messaged him. They negotiated a price and Nick started the journey from Indiana to Florida. The trip was 29 hours and when he arrived at Mike's house, it took 30 minutes of looking at it to fall in love. The truck was loaded up and headed back to Indiana.
Once the truck was in the Midwest, Nick tore into the Jimmy to dissect everything. The initial body drop and suspension work was done by Justin Terrell, and while solid, it was outdated for 2019. The valves were leaking badly, so they had to be replaced and minor parts were upgraded for better performance. Now that the leaking air issue was repaired, it was time to address the next leak under the hood. Although it was built solid, the Chevy 350 had some issues that needed addressing. The carburetor on the truck was failing, so it was replaced with a quick fuel brawler carburetor. The heads were inspected and all new gaskets were installed. The next step was to locate the oil leak location which ended up being the oil sending unit on the block that was cracked. Everything was repaired by Nick with the help of his friends Andy Pardy and Mitch Onda. 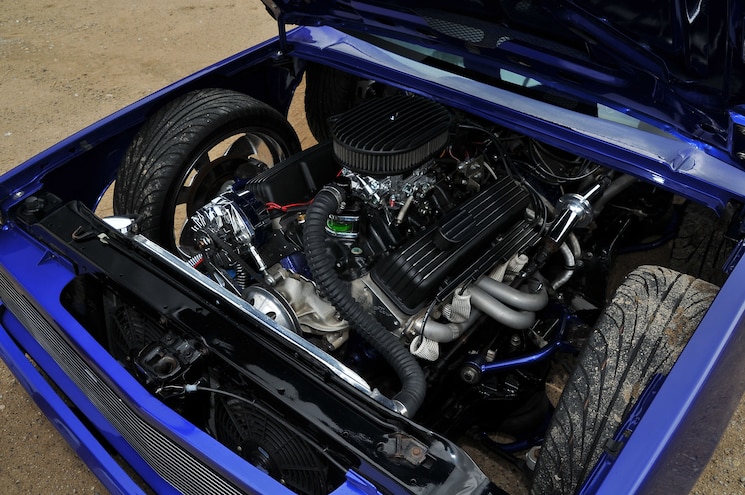 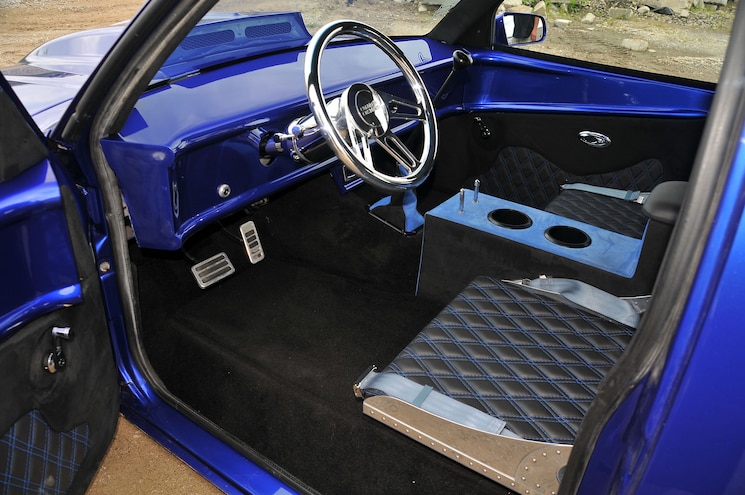 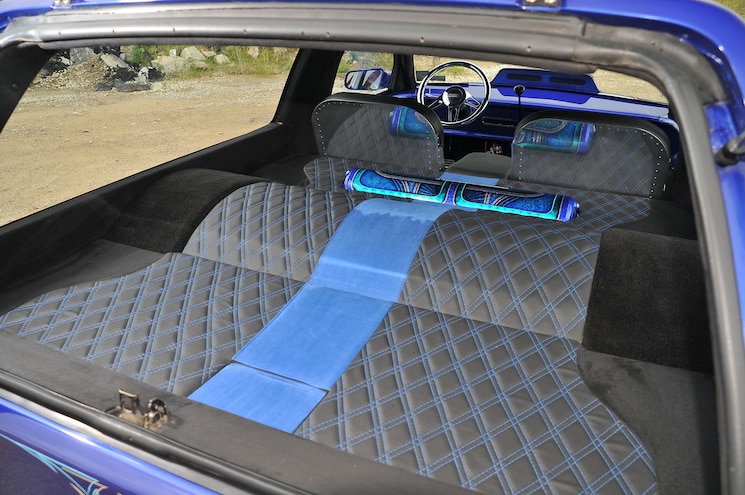 View Photo Gallery | 15 Photos
Photo 5/15   |   1989 Gmc Jimmy New Beginnings Interior Back
Most people who purchase a built truck want to switch over the exterior color to make it more of their own. But one of the selling points for Nick was the flawless House of Color paintjob that Justin Brezney had painted previously. Nick tells Truckin, "The blue just stands out in a sea of other trucks. It's the color I would have painted it anyway." Inside the cabin, Mike had Jason Feltham, of Feltham Fabrications, add his mastery on the air tank coating it with an array of Kandies and flake. The interior was done by First Coast Upholstery in Jacksonville and was done perfectly with bomber seats and black and blue vinyl so nothing needed to be swapped out or corrected.
Since Nick took possession and made his alterations, Mike has asked numerous times if he would sell the Jimmy back to him, but Nick insists that it is staying right where it is. Nick knows he got a steal for something this perfect and has no intentions of letting it go. Nick wishes to thank his wife, Jillian, for her patience and understanding in this truck culture. New beginnings started the minute the GMC Jimmy was loaded on the trailer and although the minitruck is perfect for now, Nick hasn't ruled out some new additions just yet. 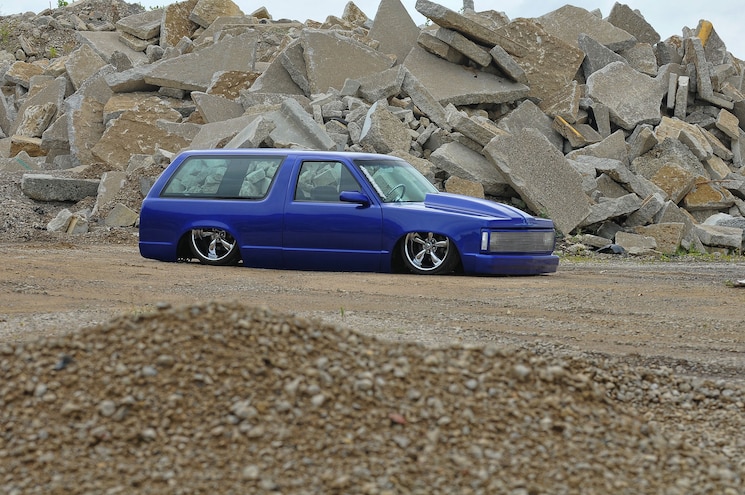