Hop In & Drive ’Til the Wheels Fall Off 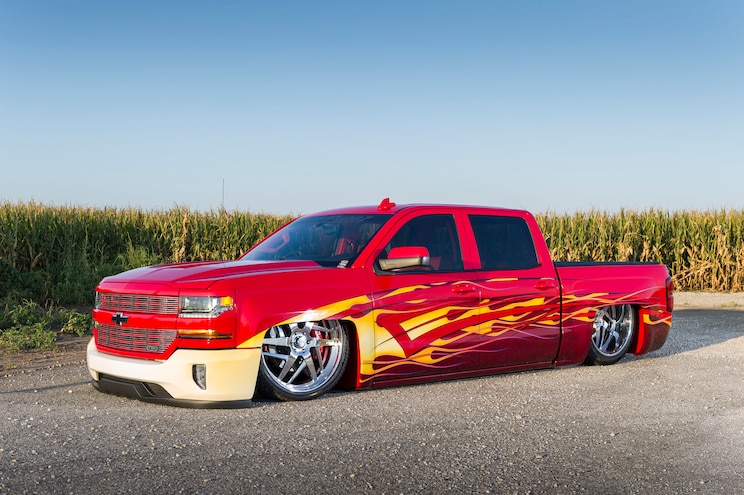 Ike Ray has been around the custom car and truck scene ever since he was a teenager. Many people know Ike from his last build—a white with orange flamed 2007 Chevy Silverado Crew Cab that graced the December 2015 cover of Truckin magazine. Eventually, it was time to let go of his beloved 2007 Chevy so that he could focus on a newer project.
After a visit with Jake McKiddie at Phat Phabz, the two came up with a plan for a full chassis build to showcase the new body-drop chassis that Jake had started building in mass production. Ike set out to find a perfect blank canvas starter truck to make it into a full-fledged show truck. Ike wanted to change things up this round and start with a red 2016 Chevy Crew Cab so he could also paint match the custom frame Phat Phabz was in the process of building for him. 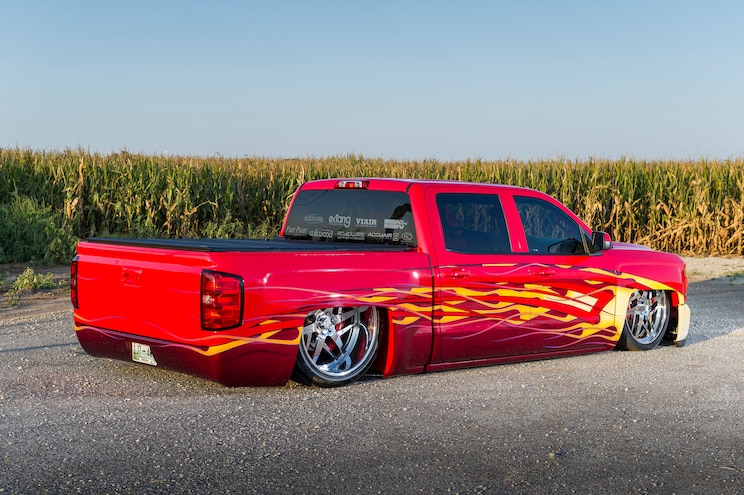 View Photo Gallery | 17 Photos
Photo 2/17   |   2016 Chevy Silverado 1500 Going All In Rear 3q
Wanting the best of everything on this truck, Ike wanted a truck that he could hop in and drive till the wheels fall off. Since he has built many nice rides in his lifetime, this one was his comeback after "going broke due to a gambling problem and ladies of the night," as Ike puts it. That is how he and his close friend Cole Steven came up with the crazy paint design. The red represents the ladies and the flames are the money burnt away gambling. After drawing the design on his last dollar, Ike went to Cam Marketing to get his Chevy rendered up and make plans for build.
While the modifications were in full swing, KMC had come out with a new line of billet rims. Ike just could not resist the look of their new KM400 rim design and since this was a perfect time to order wheels, he ordered up a set of 26x9-inch for the front and 26x12-inch on the rear. Mated up to a meaty set of Lexani LX30 295/30R26 and 315/40R26 tires would provide Ike with a good smooth ride wherever he wanted to travel. 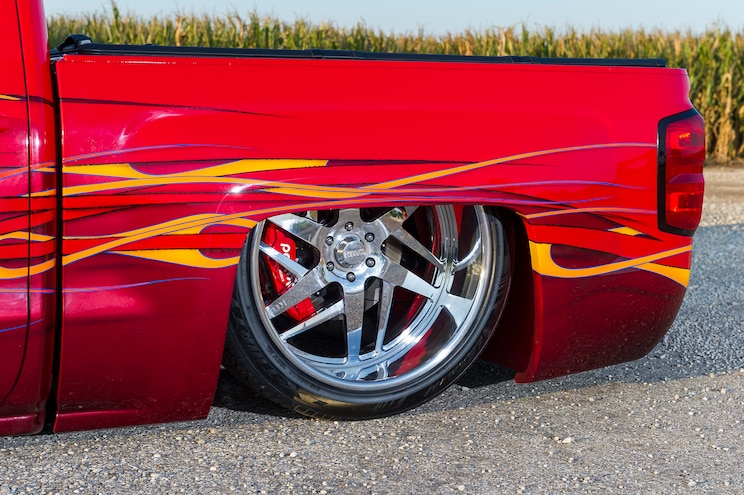 View Photo Gallery | 17 Photos
Photo 3/17   |   2016 Chevy Silverado 1500 Going All In Wheel
Ike says he is glad to have all the support for this build from his closest friends after years of betting on weird things like turtle racing; he is surprised they still call him a good friend. Ike is back to what he does best, painting and building these amazing trucks. Be on the lookout for his new upcoming build because you never know what Ike may have up his sleeve. 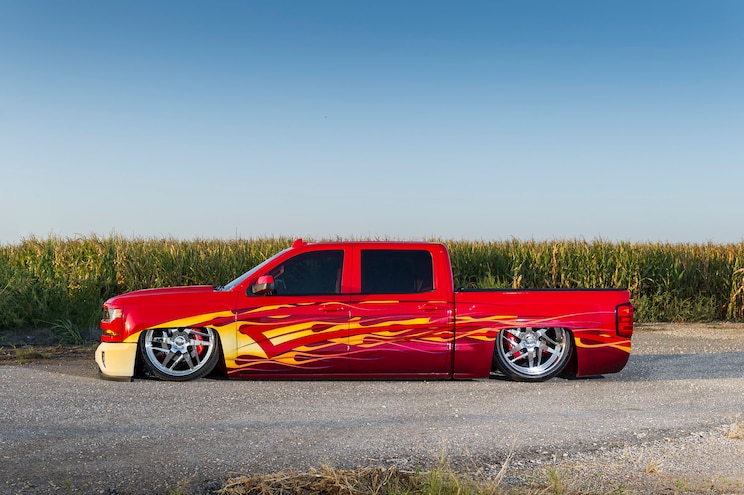 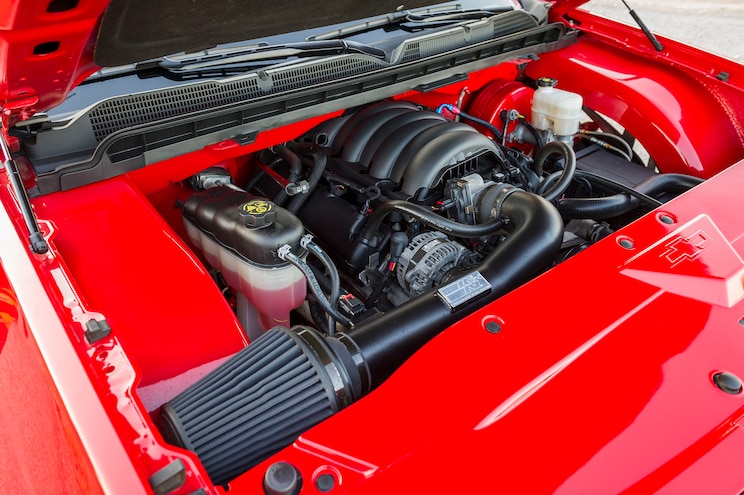 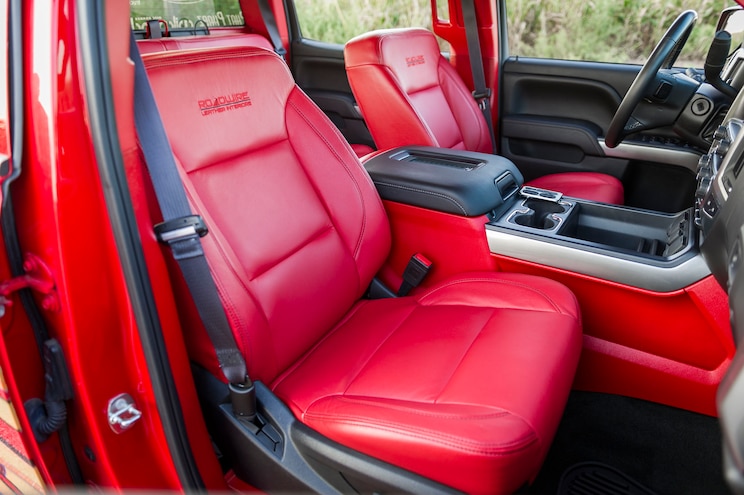