When Your Dream Truck is Already Finished 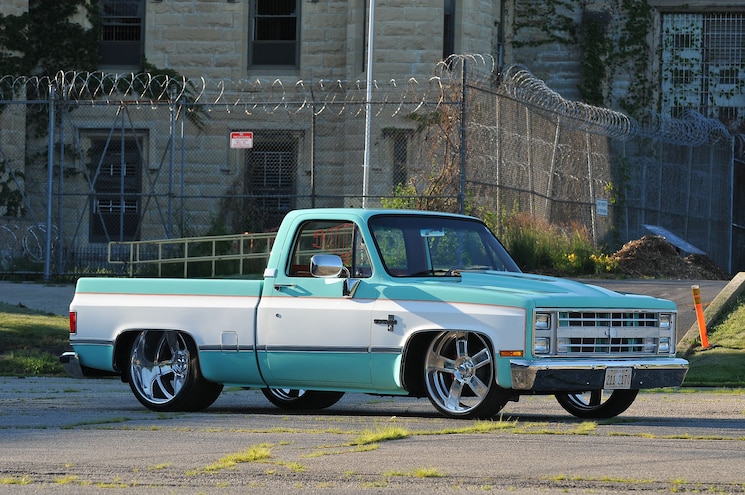 One of the largest stigmas in the truck culture is the phrase "built not bought." Some people look down on those who purchase a built truck rather than build it themselves. In the long run it's a better financial investment pulling out your checkbook rather than the grueling task of going from shop to shop to get the best deal and find the best builder. The 1985 Chevy C-10 in this story started under the tutelage truck builder Tony Phillips. Tony purchased the truck and began building it to his liking. 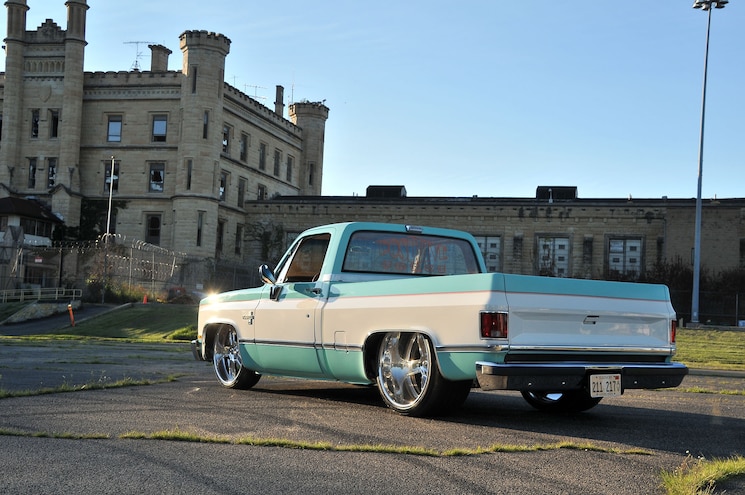 View Photo Gallery | 13 Photos
Photo 2/13   |   1985 Chevy C10 Bought Not Built Rear 3q
Every step of the truck build was personally customized from the one-off Barbie Blue paint to the custom imported Italian leather interior. When it came time to customize under the hood, an LS3 was added for extra reliability and horsepower. Tony left nothing uncovered as it took a solid three years to properly design and build the truck to his specs. Tony admittingly preferred the building process but wasn't much into the show scene. After the C-10 was completed, he would leave it in the garage and keep an eye out for a new build. 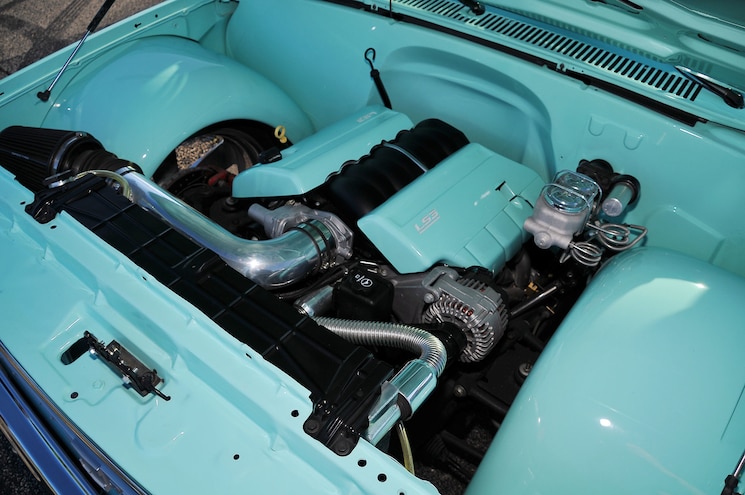 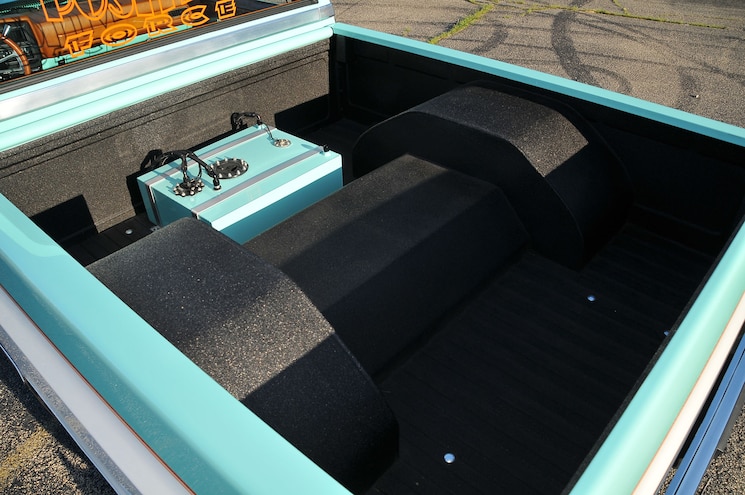 View Photo Gallery | 13 Photos
Photo 4/13   |   1985 Chevy C10 Bought Not Built Bed
At that point Joe Parashis from Oswego, Illinois got word of the truck. Although he hadn't seen the truck in person, he was aware of the build and kept asking Tony to see how the build turned out. After a few pictures were sent, Joe insisted that he purchase the truck from him. As an influential Positive Force member, Joe always had and wanted the best trucks he could find. Once he sat down with Tony, numbers were agreed upon and Joe was able to purchase the Chevy for less than half of the build price. 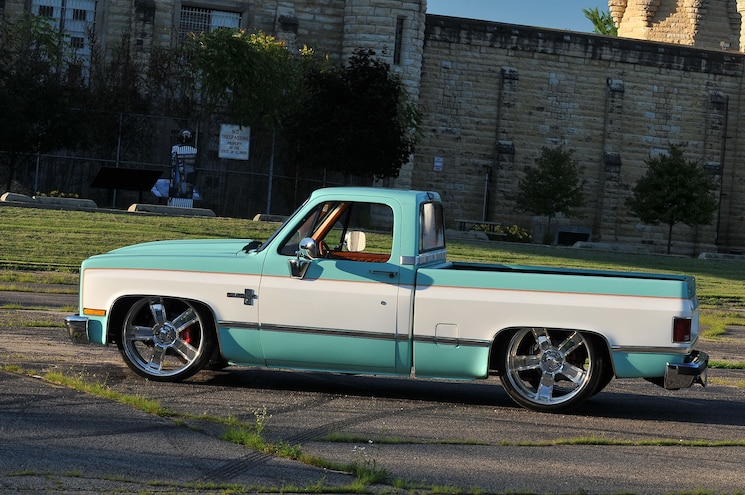 View Photo Gallery | 13 Photos
Photo 5/13   |   1985 Chevy C10 Bought Not Built Side
Joe had the chance to alter the build but preferred the way it was built and wanted to keep the integrity and look Tony had perfected originally. A Chevy C-10 that was destined to sit in the garage for the majority of its life now gets her day in the sun every weekend in Chicago and neighboring cities. Joe maintains that it's a show winner and weekend cruiser he's proud to get in and go. Joe knows the cost to build the truck would have exceeded what he wanted to spend so he made the best decision that made the most sense to him.
A special thanks goes to the ideas and mastermind of Tony Phillips for creating such a spectacular build that Joe couldn't resist. With Bet it Up Kustoms handling the suspension work and engine swap and install, Joe knows the job was done perfectly and would be reliable. A special thanks to Gerardo Arredondo Jr. who was able to complete the full paint job in a one-car garage and Midwest Hotrods for turning out one perfect interior to offset the bright blue exterior. Even though Joe didn't have a hand in the build, he certainly values the Chevy and displays it with the pride that it deserves. 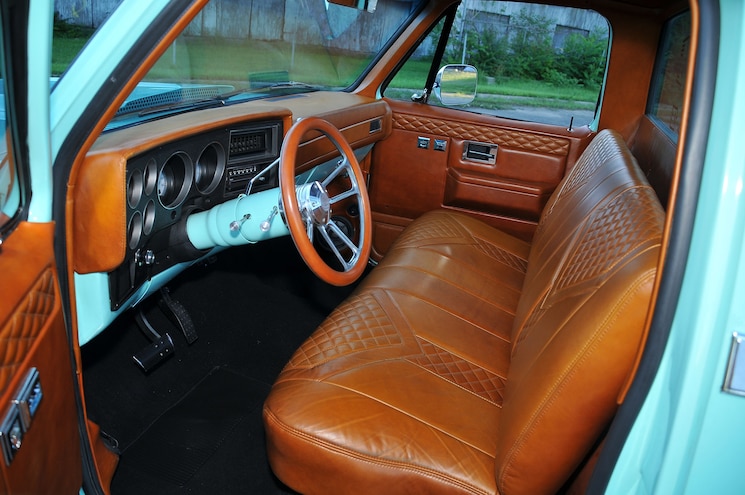 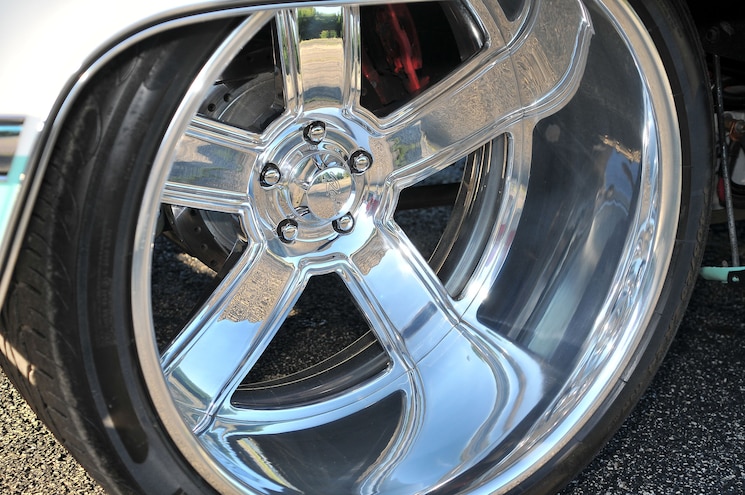